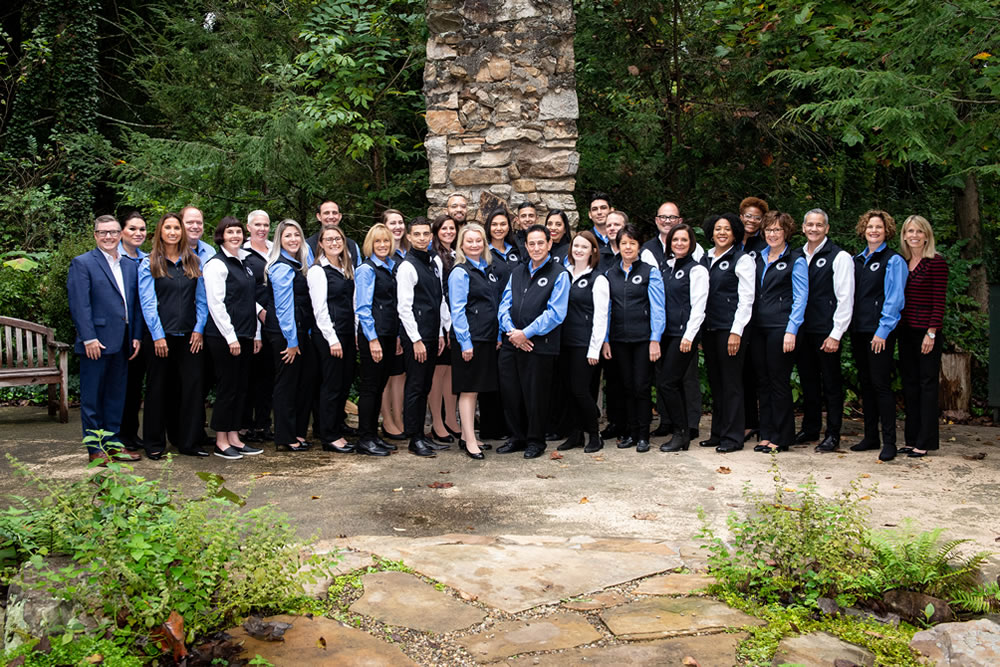 It’s autumn in the East Tennessee foothills, and the turning leaves in the high country are beginning their slow crawl down the slopes of the Great Smoky Mountains toward RT Lodge.

The bucolic retreat, located in Maryville, Tenn., is a picturesque wonder: rustic charm nestled amid towering old growth trees, the smell of wood smoke from the fireplaces filling the night air along with the whisper of rushing water in the background of outdoor conversations on an expansive stone patio. It feels almost like a perfect setting for this week’s gathering about imperfection.

“We see everyone as being perfectly imperfect,” says Robert Waples, the general manager of the IFS OCC and Support Programs for Delta Air Lines, which has brought more than two dozen flight attendant volunteers to East Tennessee for this week’s Peer Support Program training. At the week-long conference, they’ll learn how to embrace the imperfections of their colleagues and coworkers, training that augments the company’s culture of compassion for the “first responders” of the skies.

An exchange of knowledge

It’s part of an ongoing partnership with Cornerstone of Recovery, the premier drug and alcohol treatment center that calls East Tennessee home and works with companies like Delta to provide the education those businesses need to help employees who struggle with chemical dependency and other mental health issues.

“Cornerstone provides a team of subject matter experts that I can’t reproduce at Delta,” Waples says. “With Cornerstone, we have a level of professionalism I need to tap into so I can have a well-educated team of professionals in our Peer Support Program. We just want to transfer the knowledge, and Cornerstone is a great partner, so it’s a win-win for everyone. The more we educate our workforce and the more we educate our leaders, the more people there are to help those in need. There are hundreds of people, right this second, who need our help from an addiction perspective, and we want to get those individuals in our organization the help they need.”

Waples’ career began as a Delta flight attendant back in 1988; born and raised in Potomac, Md., he saw firsthand as a child the spiritual rewards of helping others: His father was a diplomat for the U.S. State Department, and he watched as his dad dedicated his life to working in foreign countries and helping leaders there be of better service to the people they governed. Once he got into a Delta leadership role, he discovered the Peer Support Program almost three years ago. It was founded in 2012 by the late Shandra Williams, and after she passed, Waples found himself in need of a program leader.

“I looked everywhere, trying to find someone who had airline experience, who also had recovery experience, treatment experience with drug and alcohol addiction, suicide prevention, trauma — it wasn’t an easy thing to do! I was asking for almost the impossible,” he says. “That’s when I found Stacy Greenfield.” 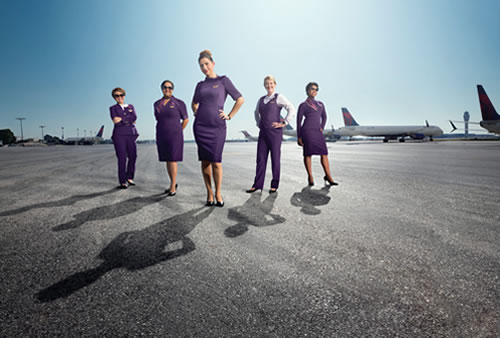 A 15-year employee of JetBlue Airways, Greenfield came to Cornerstone of Recovery in 2015 to manage the treatment facility’s Aviation Program. That program was started in 2007, and over the past 11 years, it’s become one of the preeminent substance abuse treatment paths for aviation professionals. During a visit to Cornerstone — the preferred treatment facility for Delta flight attendants — Waples and Greenfield struck up a conversation.

“We got to talking, and I just really liked how she had walked in those shoes,” Waples says. “She’s in recovery herself, and I was very attracted to the fact that she was a leader who had lived that life and had a very rich experience we could pull from. I really got excited about putting the right leadership in place with people like Stacy, who can speak from experience and can help people in a way that a regular leader can’t do.”

Waples first discovered the Delta Peer Support Program almost by accident, at a flight attendant drug and alcohol conference in Baltimore several years ago. Three weeks earlier, Waples had been selected as a "placeholder," of sorts, to keep the program going until Williams' return. In Baltimore, he was struck by the program's advocacy for compassion in the face of adversity, and back at Delta, he began to advocate with leaders to bring it front and center for flight attendants who struggle with a myriad of issues.

“I became very attracted to that concept,” he says. “I like it because it’s not complicated — Delta has a direct relationship with its employees, so we started restructuring the whole thing with a smaller, full-time staff.”

After it became clear that Williams' health wouldn't allow her to return, Waples took her work and began to grow the program. With Greenfield on board, its footprint has been expanded. In a company of 85,000 employees and 24,000 flight attendants, the need is very real, and while the common perception of flight attendants is one of smiling stewardesses behind a drink cart, the pressure on them is greater than the average person can imagine.

“They really are the first responders of the sky,” Greenfield adds. “The pilots’ jobs are to fly the plane and land it safely, but whatever is going on in the cabin, who’s handling it? The flight attendant. The flight deck is on lockdown, and it’s not like the pilot is going to open the door and ask, ‘Can I give you any help out there?’

“I’ve been in the business a long time, and until I went through flight attendant training as part of my position at Delta, I had no idea of their responsibilities — pre-flight checking 50 pieces of medical equipment, safety and survival equipment, knowing where everything is, taking care of whatever issues come up in the cabin.”

And given the chaotic nature of a flight attendant’s life — disrupted sleep schedules, awakening in one city and going to bed in another, away from home for days and weeks at a time — alcohol is often a factor in everything from stress relief to socialization. But if it becomes a problem, Delta wants to treat it like any other disease, despite the stigma still associated with addiction and alcoholism.

“At 36 years old, I had no idea what was wrong with me, and I was very ashamed of it; I felt like I couldn’t tell anybody,” Greenfield says. “That’s a big reason why I’m doing this. That’s why I really want to get out there and reach as many people as I can, to let them know that Delta supports them 100 percent. Addiction is a disease, there’s treatment for it, and if you go to a place like Cornerstone, your EAP is on your side. We want to get you back to work. My job is to untangle that ball of mess and fear and anxiety and shame and help them understand that it’s not this big, scary thing.”

The Peer Support Program is made up of 75 flight attendants selected from roughly 160 who applied to take part, Waples added. This week’s training will begin the education of more than two dozen additional participants, bringing the total number to 100, and it’s an honor to be selected: Everyone selected signs a confidentiality agreement, meaning that any peer who comes to them can rest assured that their issues, barring life-threatening ones, won’t be used against them. It’s a way for those peers to lift one another up, hold one another accountable and give one another the understanding and support needed to address a problem with outside help or just gain some perspective that helps them get back on track.

“The uniqueness of the Peer Support Program is that it’s flight attendants supporting flight attendants,” Waples says. “If I’m a front line flight attendant for Delta and I have something going on in my personal life that I don’t necessarily want a manager to know about that’s private? Who can I go to and trust? Who will listen to what I have going on and help me resolve it, or refer me to someone who can?”

“A lot of folks in our program have something they’ve gone through, whether it’s alcoholism or an eating disorder or domestic abuse,” Greenfield adds. “If I get someone on the line and they’re really struggling with something, I can refer them to an EAP to get them professional help, but I can also connect them with a peer support specialist who’s had a similar experience.”

Because, Waples says, there’s no shame in asking for help. We all need it — hence his fondness for a term Greenfield coined about everyone being “perfectly imperfect.”

“There are a lot of people who need help and someone to wrap their arms around them,” he says. “They don’t always need to go to a six-month treatment program; sometimes, they just need a listening ear.”