For many addicts in Western North Carolina, guilt and shame are two emotions that keep many people from seeking help from a drug rehab program in Asheville .Their problem, they mistakenly believe, is a moral failing, a result of a lack of willpower that they don’t see themselves possessing. They’ve been conditioned by society – and sometimes by family members and loved ones – into thinking that they’re degenerates who gleefully delight in the harm they cause to themselves and those who care about them. 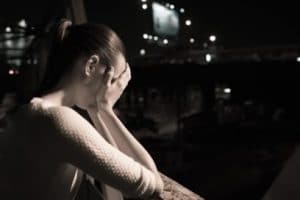 Yes, we said it – they’re sick. Ill. They suffer from a disease, and while many Americans choose not to believe that, unless those individuals have a set of letters after their name – M.D., for example, or Ph.D – they should probably leave such declarations to the experts. Because in the opinion of medical professionals, addiction is very much a disease, at least according to:

In other words – most major medical professionals, through comprehensive studies and documentation, have come to the conclusion that addiction meets the definition of a disease. Unfortunately, despite such overwhelming evidence, the general public has a hard time accepting those conclusions. According to a 2014 Johns Hopkins Bloomberg School of Public Health survey that was published in the journal Psychiatric Services, “people are significantly more likely to have negative attitudes toward those dealing with drug addiction than those with mental illness,” and those same people are hesitant, if not outright defiant, to support insurance, housing and employment policies that benefit addicts.

In other words, it’s still seen as a personal failing instead of the very real medical condition for which it is. Such stigma often pushes addicts to continue to suffer in silence, instead of seeking assistance from an Asheville drug rehab program or other supportive therapeutic environment where their illness can be addressed and arrested.