If you’re wondering, “Am I an alcoholic?,” a good rule of thumb to remember is that those who don’t have a drinking problem don’t sit around and wonder if they do.

But even if you do, it’s important to recognize that there are different stages of alcoholism, which itself isn’t even a medical diagnosis. (For the purposes of science and medicine, it’s referred to as an alcohol use disorder.) Not every individual who struggles with a drinking problem is homeless, spending his or her days drinking cheap wine out of a brown paper bag. Alcoholics come from all walks of life, and what matters most, if you find yourself asking the question “am I an alcoholic?” more often than not, is figuring out the answer, and then deciding to do something about it.

And even more alarming: According to key indicators from the 2019 National Survey on Drug use and Health, 21.6 million people needed substance abuse (including alcohol) treatment in the past year, but only 4.2 million of them received any kind … and only 1 million of those at a specialty alcohol rehab.

Am I An Alcoholic: What Does That Even Mean? 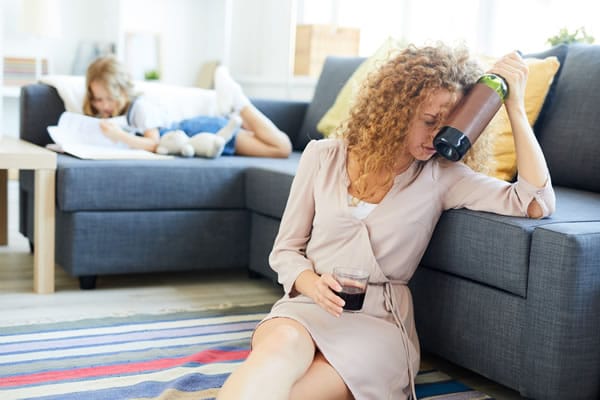 In order to answer the question of “am I an alcoholic?,” it’s a good idea to define what, exactly, “alcoholic” even means. As previously mentioned, science has moved away from the term “alcoholic” and “alcoholism” for a number of reasons, according to the self-help organization SMART Recovery:

That being said, while the more acceptable question might be “do I have an alcohol use disorder?,” most people who think they have a drinking problem are going to ask of themselves, “Am I an alcoholic?” So let’s agree that the terms are interchangeable but break down the nuances. According to Harvard Health Publishing, an arm of Harvard University, “excessive alcohol use causes symptoms affecting the body, thoughts and behavior. A hallmark of the disorder is that the person continues to drink despite the problems that alcohol causes. There is no absolute number of drinks per day or quantity of alcohol that defines an alcohol use disorder, but above a certain level, the risks of drinking increase significantly.”

The NIAAA has attempted to made some rudimentary definitions when it comes to excessive alcohol use, however, associated with two patterns of alcohol consumption:

Again, it’s important to note that these numbers aren’t hard and fast rules: Not everyone who drinks like this, or more, suffers from an alcohol use disorder, or AUD. However, as the NIAAA adds: “Binge drinking and heavy alcohol use can increase an individual's risk of alcohol use disorder.”

Do You Have a Problem? An Alcohol Assessment

Am I An Alcoholic: What Are the Signs? 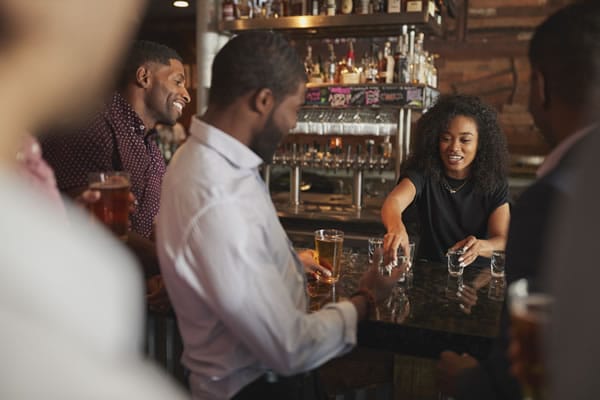 If you’re trying to determine whether your drinking is problematic, ask yourself this: Why is this a question? Most likely because you’ve noticed signs that point to it as such. Some of you, undoubtedly, know full well that you have a drinking problem; others may not be sure, but one of the ways in which an AUD is diagnosed is through a series of 11 yes or no questions.

Ask yourself these, and answer honestly. In the past year, have you:

In the past year, have you: 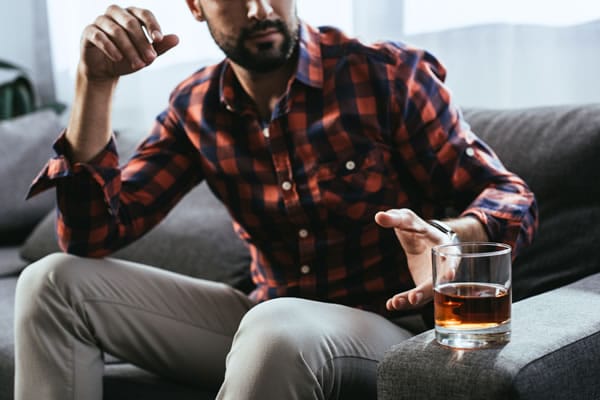 According to the NIAAA, answering “yes” to two or more of these questions indicates a diagnosis of an AUD, but even then, that’s not enough to answer the question of, “Am I an alcoholic?” The scale of AUD is categorized as being mild (answering yes to two or three questions), moderate (yes to four or five questions) or severe (yes to six or more).

And even then, those questions, as Harvard Health Publishing points out, don’t fully encompass the broad spectrum of problems that an AUD can cause. “A person with alcohol use disorder has come to rely on alcohol physically, psychologically and/or emotionally,” according to the university. “The brain adapts to the presence of alcohol and undergoes persistent changes. When alcohol use suddenly stops, the body is not accustomed to being alcohol free. The internal environment changes drastically, causing symptoms of withdrawal.”

And the external environment can be affected as well, the writers continue: Alcohol can:

So I Think I Have a Problem. What Now? 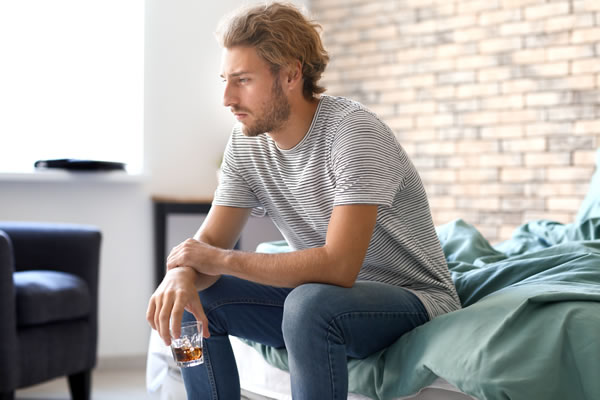 Like all health issues, once you determine there’s a problem, the next step is in figuring out how to solve it. If the answer to asking “am I an alcoholic?” is yes, then you’re faced with two choices:

Now, if you’re asking “am I an alcoholic?,” you may find it perplexing to consider ignoring the answer, but go back and look at the numbers of individuals who needed treatment in 2019 vs. the ones who actually received it. A great many of them, of course, were unable to get it because of financial or other considerations, but the National Survey also points out something particularly eye-opening: In 2019, the No. 1 reason for “not receiving substance use treatment among people aged 12 or older with a past year SUD who did not receive treatment at a specialty facility and perceived a need for treatment?” “Not being ready to stop.” Almost 40 percent of those who fell into that category weren’t ready to do something about their problem.

The question is, are you? As the American Psychological Association (APA) points out, some problem drinkers — likely with the diagnosis of a mild AUD — are able, “with the support of family members or friends … recover on their own.”

“However, the APA adds, “those with alcohol dependence usually can't stop drinking through willpower alone. Many need outside help. They may need medically supervised detoxification to avoid potentially life-threatening withdrawal symptoms, such as seizures. Once people are stabilized, they may need help resolving psychological issues associated with problem drinking.”

It's important to note that a great many individuals with an AUD do have several psychological, and even psychiatric, issues, but they’re not always fully aware that their drinking may be connected to those problems. Abuse and trauma are emotional wounds that, if unaddressed, never fully heal, and a number of addicts and alcoholics find that substances help numb the pain of those wounds … but they don’t connect the two until they begin to do some work in a comprehensive drug and alcohol treatment center.

Still others may have little or no emotional and mental issues — but for a number of reasons, their drinking has gotten out of control. They, too, need the support of a treatment program that can help stabilize them off of alcohol and provide them with coping skills necessary to replace the habit that was their alcohol consumption.

Regardless of what drives a drinking problem, the most important follow-up question to asking “Am I an alcoholic?” is, if the answer is yes, ask yourself, “What am I going to do about it?” And while “nothing” is certainly your prerogative, choosing “something,” especially if that something means sobriety, can vastly improve your quality of life.