Maybe it’s a question you ask yourself every Dec. 31, or perhaps it’s only been on your mind for a few weeks or months: “Why should I give up drugs and alcohol for the new year?”

Maybe, you think, you don’t have a problem with either. An important point to keep in mind, however, is that those who don’t have a problem, don’t wonder if they do. The fact that it’s even a question should give you pause, but just in case you’re on the fence, we’ve got nine reasons why starting off the new year clean and sober is a good idea. 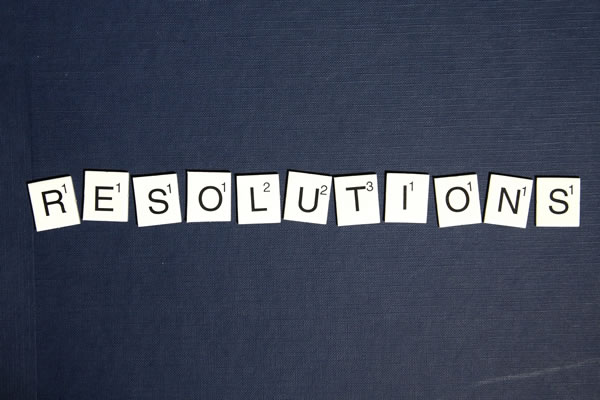 Depending on where you live, keeping yourself awash in alcohol is expensive, and that doesn’t even take into account the money spent on drugs. Last April, the news website Bustle reported [1] on the results of one study that revealed the annual expenditures by city. New York topped the list, with the average consumer of alcohol spending more than $2,000 annually on booze. Even in cities where drinkers spent the least, the cost was exorbitant: In Birmingham, Alabama, the average amount spent annually on alcohol was more than $1,000.

And what about drugs? According to the nonprofit think tank Rand Corporation [2], “Spending on cannabis, cocaine, heroin and methamphetamine by Americans reached nearly $150 billion in 2016, with a large proportion of spending coming from the small share of people who use drugs on a daily or near-daily basis.” In other words, if you buy drugs, you’re probably spending a lot of money, especially if it’s gotten to a point where you’re thinking it may be time to cut back.

“Why Should I Give Up Drugs and Alcohol for the New Year?” For Your Health

Drugs and alcohol can take more than a financial toll. According to the Centers for Disease Control and Prevention [3], alcohol poses several short-term health risks, including:

And that doesn’t even take into account the long-term health risks:

What about drugs? The National Institute on Drug Abuse details [4] a long list of potential health problems associated with them: “People with addiction often have one or more associated health issues, which could include lung or heart disease, stroke, cancer, or mental health conditions. Imaging scans, chest X-rays, and blood tests can show the damaging effects of long term drug use throughout the body.”

Granted, abstinence doesn’t mean you’ll never have health problems, but it stands to reason that if these habits can lead to them, cutting back helps lower your chances of it happening to you.

“Why Should I Give Up Alcohol and Drugs for the New Year?” For Everybody Else! 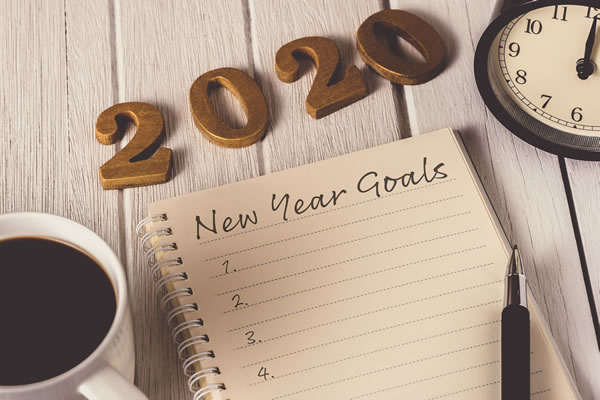 Drugs and alcohol contribute to a great deal of economic and societal problems, and if you’re an individual who consumes those substances, then there’s always a possibility that you might bear some responsibility, if you don’t already. Experts from the University of Pennsylvania detail some of those [5]:

Burn Through That Deductible

An important point of consideration: If you have health problems that will likely require your attention in 2020, seeking help from a drug and alcohol treatment facility in January is actually not a bad idea. “If you expect to have a lot of health care expenses (this year), you may want to schedule non-emergency medical care for early next year so you can fulfill your deductible as soon as possible,” says Carrie McLean, director of customer care at the online insurance exchange eHealth.com, in a 2014 article for the financial website Money [6].

In other words, if you’re going to require a knee replacement or other medical procedure that’s not urgent, then you’re looking at thousands of dollars in medical bills. Fortunately, your health insurance will cover most of that, but you’ll still be required to pay your deductible, the amount that you’re responsible for before your insurance plan begins to pay a certain percentage of those costs. If you’re looking at several procedures in 2020, and your deductible is going to be met eventually, why not go all in and look into drug and alcohol treatment options? You’ve paid into a health insurance plan, and most offer comparable behavioral health benefits that cover drug and alcohol treatment. Use those benefits, get your deductible out of the way and not only will you deal with a potential drug and alcohol problem, you can attend to those other procedures in a healthier state of mind and body.

Perhaps your family is frustrated and angry because they don’t understand why you don’t quit. Maybe it’s your friends, who seem to have no problem slowing down and stopping but are puzzled and annoyed that you can’t. Maybe it’s your children, who see mom and dad passed out and hungover more than they’re upright and present.

Families suffer when loved ones have problems with drugs and alcohol, but calling it quits — and more importantly, getting help if it’s become a problem — can begin to repair that damage. As John Lavitt writes for the recovery website The Fix [7], those repairs mean more than just apologizing. After all, he writes, “how many times have you apologized in the past when you were living in your disease? How many times did such apologies have nothing behind them beyond manipulation? How many times did you fail to back up an apology with an action? Rather than say sorry once again, perhaps triggering a negative response from your family as they relive the empty shells of your past apologies, change your behaviors.”

Putting down drugs and alcohol for the new year is a good place to start!

“Why Should I Give Up Drugs and Alcohol for the New Year?” To Achieve Your Goals! 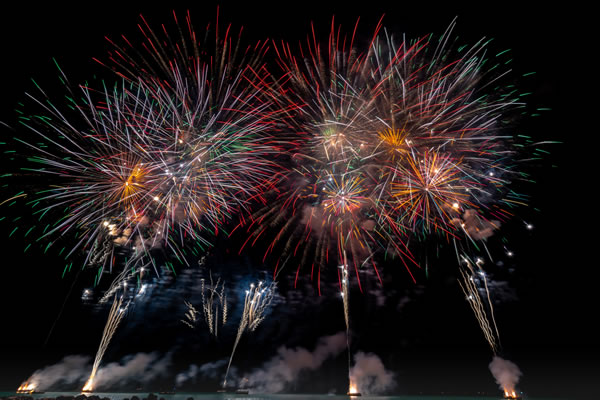 Let’s face it: After a certain amount of time, a pastime that was once pleasurable often takes priority over everything else. If you’re wondering “why should I give up drugs and alcohol for the new year,” you’re probably, on some level, sick and tired of the places of importance those substances have come to occupy in your life.

Often, individuals who choose to get clean and sober discover that their lives have been put on hold because of drugs and alcohol. As the U.S. Substance Abuse and Mental Health Services Administration points out [8], “After years of substance abuse, many people forget what some of their goals and joys once were.” In sobriety, they find that not only can they make clear, rewarding and attainable goals, those goals propel them into new patterns of living that often have nothing to do with alcohol and drugs. Some of those goals may include:

What’s something you’ve always wanted to do? Can you accomplish those things now, with drugs and alcohol part of the equation? If the answer is no, then maybe it’s time to quit.

They May Be Symptoms of Something Else Going On

Do you often find that drugs and alcohol make your life feel more meaningful or fulfilling? Does life seem listless, pointless and dreary unless you’re drunk or high? That may be a sign, then, that you suffer from dual diagnosis: a substance use disorder and a mental illness at the same time. According to the National Alliance for the Mentally Ill (NAMI) [9], “Either disorder — substance use or mental illness — can develop first. People experiencing a mental health condition may turn to alcohol or other drugs as a form of self-medication to improve the mental health symptoms they experience. However, research shows that alcohol and other drugs worsen the symptoms of mental illnesses.”

In other words, you may be suffering from depression, or bipolar disorder, or anxiety disorder … and you don’t even realize it. All you know is that drugs and alcohol help you feel better or think clearer, but you can’t deal with the underlying mental health issues unless you stop drinking and using first. It’s not an uncommon problem — as NAMI points out, “According to the National Survey on Drug Use and Health, 9.2 million U.S. adults experienced both mental illness and a substance use disorder in 2018.”

Fortunately, reputable drug and alcohol treatment centers also include psychiatric services in addition to substance abuse treatment, so that underlying mental health issues can be addressed and treated. The end result is that an affliction you may not even know you have may be the cause of why you feel like drugs and alcohol are so important, and one reason why you hesitate to go all in when you ask yourself, “why should I give up drugs and alcohol for the new year?”

To Prove To Yourself That You Can 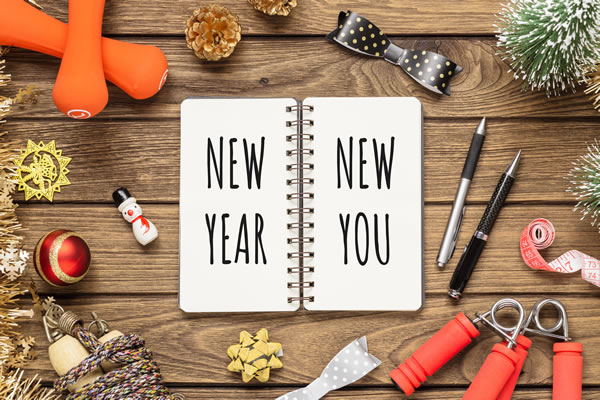 “Why should I give up drugs and alcohol for the new year?” Why shouldn’t you? If those substances are truly not the problem a part of you obviously thinks they could be, then put them down. Walk away. See if you can do it, and if so, prove to yourself that they don’t control your life.

However … if you find that you can’t … don’t feel overwhelmed, and especially don’t feel defeated. After all, you’re not alone. According to the 2017 National Survey on Drug Use and Health [10]:

Obviously, addiction and alcoholism are nationwide problems, and if you find yourself among those numbers and unable to put those substances aside, that’s certainly cause for alarm, but it’s not the end of the world. Help is available, and a reputable drug and alcohol treatment center will help you find a new way to live in recovery without them.

“Why Should I Give Up Alcohol and Drugs for the New Year?” Because You Can Always Start Back

Rather than looking at abstinence as a life sentence, consider it as a temporary solution. Give yourself 30 days — the month of January — and don’t worry about the rest of the year. For the next 31 days, concentrate on areas of your life that don’t involve drugs and alcohol.

Go for a hike. Get involved in the gym. Pick up a sport. Write. Read. Do things that nourish your body and mind, and at the end of the month, see where you stand physically, mentally, emotionally and spiritually.

If your life is better, then why not continue with your sobriety? At any point, you can go back to drugs and alcohol; after all, it’s not like they’re going to go away. But if you find yourself wondering, “Why should I give up drugs and alcohol for the new year,” then maybe you already know the answer: Because your life could be better if you do. Giving it 31 days to do so isn’t a lot to ask, and the things you have to gain might make a world of difference.