If you’re a heavy drinker and decide to quit, then the clock is ticking: What is the timeline for alcohol withdrawal symptoms?

It’s important to understand both the nature of those symptoms and when you might begin to experience them — but more importantly, it’s critical that you take into account the severity of them. As MedlinePlus, a website associated with the U.S. National Library of Medicine, points out, “Alcohol withdrawal is a serious condition that may rapidly become life threatening. Call your provider or go the emergency room if you think you might be in alcohol withdrawal, especially if you were using alcohol often and recently stopped.”

In other words, alcohol detox can be extremely dangerous, and it’s best managed under medical supervision, preferably at a drug and alcohol treatment center where trained clinical staff members can keep an eye on your progress, administer comfort medication to ease the worst of those symptoms and get you through to the other side safely.

So what is the timeline for alcohol withdrawal symptoms? Let’s break it down.

How Long Does It Take for Alcohol Withdrawal Symptoms to Start?
What You Need to Know

What Is the Timeline for Alcohol Withdrawal Symptoms: 5-12 Hours 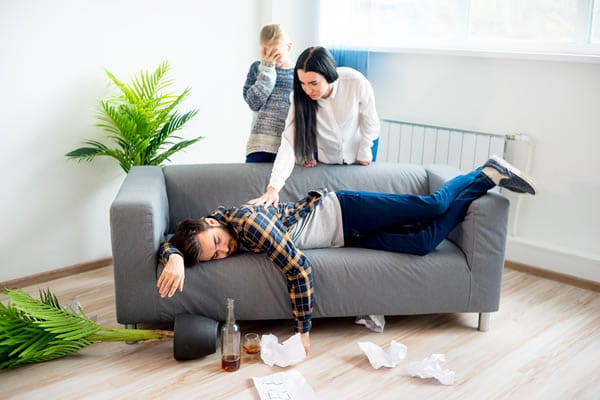 In asking what is the timeline for alcohol withdrawal symptoms, it’s important to note that their onset can begin even while an individual still has a measurable blood alcohol content, meaning that “symptoms generally appear within hours of stopping or even just lowering alcohol intake and, thus, (blood alcohol content),” according to a 1998 paper in the scientific journal Alcohol Health and Research World. In other words, individuals whose drinking is prolonged and significant reach a baseline threshold of alcohol consumption to which the body adjusts, and lowering that threshold can cause the onset of withdrawal, even if an individual continues to drink.

Why does this occur? As the Health Blog for Harvard Medical School points out, “If your brain has adjusted to your heavy drinking habits, it takes time for your brain to adjust back.” The initial sign of alcohol withdrawal is the presence of tremors, or shaking, particularly in the extremities (more often than not, the hands). “These usually begin within 5 to 10 hours after the last alcohol drink and typically peak at 24 to 48 hours,” according to Harvard writers. “Along with tremors (trembling), you can have a rapid pulse, an increase in blood pressure, rapid breathing, sweating, nausea and vomiting, anxiety or a hyper-alert state, irritability, nightmares or vivid dreams, and insomnia.”

All of these symptoms, the blog post continues, are a sign of the body’s reaction to the absence of alcohol’s sedative effects: “In a heavy, long-term drinker, the brain is almost continually exposed to the depressant effect of alcohol. Over time, the brain adjusts its own chemistry to compensate for the effect of the alcohol. It does this by producing naturally stimulating chemicals (such as serotonin or norepinephrine, which is a relative of adrenaline) in larger quantities than normal. If the alcohol is withdrawn suddenly, the brain is like an accelerated vehicle that has lost its brakes. Not surprisingly, most symptoms of withdrawal are symptoms that occur when the brain is overstimulated.” 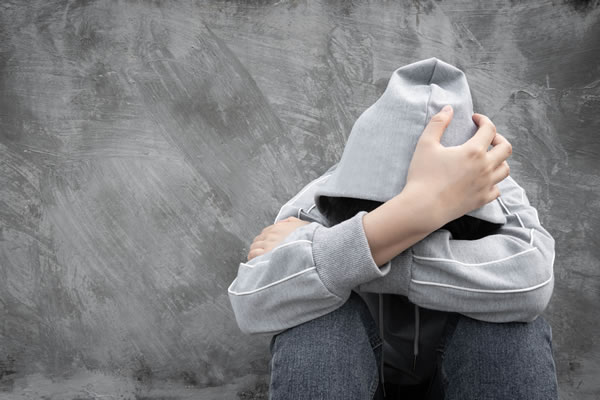 If you’re seeking answers to what is the timeline for alcohol withdrawal symptoms, know this: It gets worse before it gets better. Unregulated alcohol detox means that within the 12 to 24 hour window, some patients undergoing withdrawal experience what’s known as hallucinosis, defined by the American Association of Family Physicians as “visual, auditory, or tactile hallucinations.” As Dr. Richard Saitz, writing for Alcohol Health and Research World, puts it, “Patients with alcohol hallucinosis see, hear, or feel things that are not there even though they are fully conscious and aware of their surroundings. Moreover, hallucinosis is not necessarily preceded by various physiological changes (i.e., autonomic signs).”

It's a relatively rare condition but one of great concern, according to a 2012 paper in the journal Core Psychiatry, one “characterized by auditory hallucinations, paranoid symptoms and fear. Hallucinations are usually third person auditory hallucinations, often derogatory or command, occurring in clear consciousness. They may take the form of fragments of conversation or music and there may be secondary delusions or perseveration. The symptoms may be highly distressing and may result in violent suicide.”

The hallucinations aren’t permanent, and they’re unique to each patient. For example, Harvard writers point out that “it is common for people who are withdrawing from alcohol to see multiple small, similar, moving objects. Sometimes the vision is perceived to be crawling insects or falling coins. It is possible for an alcohol withdrawal hallucination to be a very detailed and imaginative vision.”

The good news is that, Core Psychiatry writers added, “The prognosis is usually good, especially in abstinent drinkers, although in some 10–20% hallucinosis persist for more than 6 months.”

What Is the Timeline for Alcohol Withdrawal Symptoms: 24-48 Hours 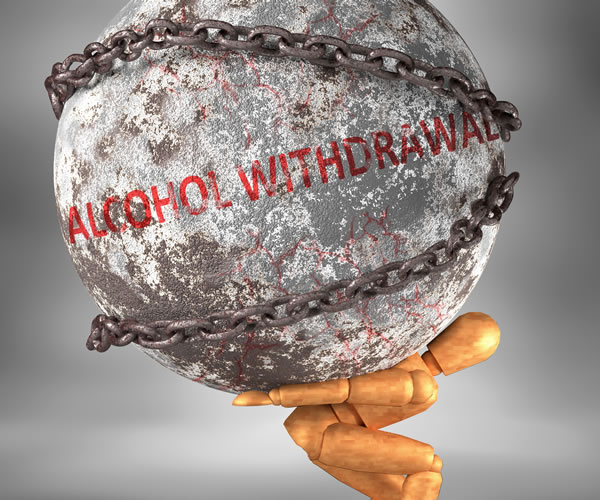 Although alcohol withdrawal seizures can occur as soon as six hours after an alcohol-dependent individual stops drinking, the risk peaks at 24 hours and can last as long as 48 hours, according to experts.

In addition, according to the publication Seizures in Critical Care, it’s important to note that such seizures can occur in clusters: “Approximately half of patients presenting with ARS (alcohol-related seizures) will have recurrent seizures (usually two to four) within a vulnerable 6-h period following the initial ARS.”

Again, not every patient will experience seizures: The exact nature of alcohol withdrawal is unique to each individual, and while it’s important to have a general idea of what is the timeline for alcohol withdrawal symptoms, they’re not steadfast across the board: “There is, however, not an agreement whether the decisive factor is the length of time of the alcohol abuse, the total alcohol consumption regardless of time, amount of alcohol consumed daily or the number of detoxifications/previous seizure episodes,” according to a 2007 paper in the journal Seizure. 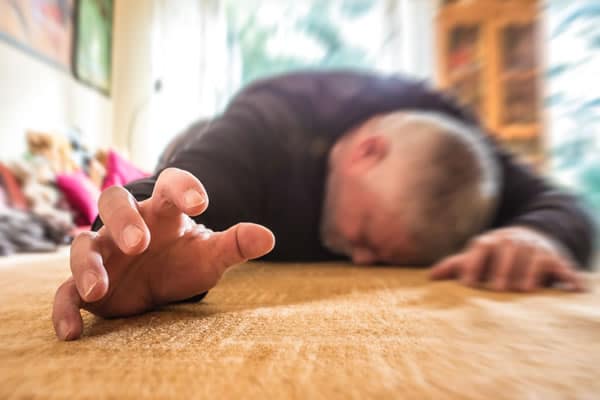 The most life-threatening of alcohol withdrawal symptoms, according to Harvard Health, “delirium tremens commonly begins two to three days after the last alcohol drink, but it may be delayed more than a week. Its peak intensity is usually four to five days after the last drink. This condition causes dangerous shifts in your breathing, your circulation and your temperature control. It can cause your heart to race dangerously or can cause your blood pressure to increase dramatically, and it can cause dangerous dehydration. Delirium tremens also can temporarily reduce the amount of blood flow to your brain. Symptoms can include confusion, disorientation, stupor or loss of consciousness, nervous or angry behavior, irrational beliefs, soaking sweats, sleep disturbances and hallucinations.”

According to a paper in the journal StatPearls, “Delirium tremens was first recognized as a disorder attributed to excessive alcohol abuse in 1813. It is now commonly known to occur as early as 48 hours after abrupt cessation of alcohol in those with chronic abuse and can last up to 5 days. It has an anticipated mortality of up to 37% without appropriate treatment. It is crucial to identify early signs of withdrawal because it can become fatal.”

This particular symptom, more than anything else, is why it’s crucial to undergo alcohol detox under medical supervision. While the aforementioned symptoms may not seem deadly on their own, they can lead to a cascade failure of sorts, according to WebMD: “This could lead to life-threatening complications like sepsis, irregular heartbeat, trouble breathing, seizures, or an electrolyte imbalance — when the minerals that control your body’s functions are out of whack.”

What Is the Timeline for Alcohol Withdrawal Symptoms: Why Worry?

If you’re wondering what is the timeline for alcohol withdrawal symptoms, it sounds like you’re bracing yourself to tough it out. As the previous information demonstrates, that’s often a bad idea — and not just because it’s miserable. Finding a reputable drug and alcohol treatment center that can ease you through the process takes some of the worry you have out of it, because you’ll be in the hands of trained medical and clinical professionals who do this regularly.

While the timeline for alcohol withdrawal symptoms isn’t the same for everyone, the caregivers at a qualified alcohol rehab are trained to navigate them. And according to Dr. Saitz, there’s another reason why managing withdrawal symptoms at such a facility is a good idea: “Alcoholic patients are at risk for relapse for numerous reasons, including inadequate treatment of their withdrawal symptoms, continued expectations of the rewarding effects of alcohol, and feelings of distress in the absence of alcohol. Effective treatment of withdrawal only addresses the first of these reasons.

“Nevertheless, for patients who seek assistance with detoxification, treatment of their withdrawal symptoms may present a window of opportunity for initiating alcoholism treatment as well as for attending to other coexisting medical and psychiatric disorders. Accordingly, appropriate recognition and treatment of (alcohol withdrawal) can represent an important, albeit small, first step toward recovery.”