Asking about the signs someone is addicted to gabapentin first begs the question: What is gabapentin?

To answer that question requires putting gabapentin in perspective as a pharmaceutical drug that, while providing relief to thousands of people for nerve pain, also has the potential for abuse. It isn’t an opioid, but it has found a niche audience among those who take it recreationally, and for doctors who began to seek alternatives to narcotics as the opioid epidemic reached its apex, it seemed like a safer alternative.

In 2016, gabapentin was the 10th most prescribed drug in the United States, with 64 million prescriptions written that year [1]. That was up from 39 million prescriptions written only four years earlier, in large part because “gabapentin, an anticonvulsant and analgesic for postherpetic neuralgia, has been thought to have no abuse potential despite numerous published reports to the contrary,” according to a 2018 article in the journal Psychology of Addictive Behaviors [2].

In that particular article, researchers analyzed data from a study of drug users in Kentucky who reported using gabapentin for non-medical purposes. Their findings? “Overall, the sample reported having initiated gabapentin more than 10 years earlier after having it prescribed for a legitimate, though generally off-label, medical indication (e.g., pain, anxiety, opioid detoxification). Participants reported use of gabapentin in combination with buprenorphine, other opioids, cocaine, and caffeine to produce sought-after central nervous system effects (e.g., muscle relaxation, pain reduction, sleep induction, feeling drunk, and feeling ‘high’).”

Gabapentin, such studies reveal, can be problematic. Whether used in conjunction with other drugs or on its own, it can be abused, which makes it a substance of concern. To understand the signs someone is addicted to gabapentin, however, requires some knowledge of what it is, where it comes from, how it works and how it can be addictive.

Gabapentin: A History and Mechanism of Action 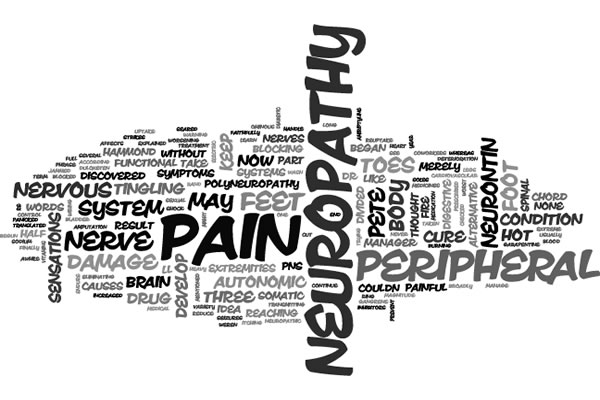 Gabapentin, according to writers for the peer-reviewed medical database StatPearls [3], “is an anticonvulsive medication which first discovered in the 1970s in Japan. It was originally used as a muscle relaxer and anti-spasmodic medication, but later, it was discovered the potential of the medication as anticonvulsive medication and as an adjunct to stronger anticonvulsants.” The formula was sold to the pharmaceutical company Parke-Davis, which developed it into the brand name drug Neurontin, and initially, gabapentin was marketed as a treatment for epilepsy.

Over time, patients reported that Gabapentin seemed to be an effective pain reliever as well, mostly in individuals who suffered from neuropathy — “a result of damage to the nerves outside of the brain and spinal cord (peripheral nerves), often causes weakness, numbness and pain, usually in your hands and feet. It can also affect other areas of your body,” according to the Mayo Clinic [4]. “Peripheral neuropathy can result from traumatic injuries, infections, metabolic problems, inherited causes and exposure to toxins. One of the most common causes is diabetes.”

This led to additional research and clinical trials, and in 2002, gabapentin was approved for treatment of post-herpetic neuralgia, one of the complications of shingles and is the name for the burning pain that persists long after the rash/blisters heal. Today, the drug is approved by the Food and Drug Administration for the treatment of post-herpetic neuralgia; as “adjunctive therapy” for the treatment of partial seizures; and moderate to severe restless leg syndrome. However, “It also has off-label use for neuropathic pain, fibromyalgia, bipolar disorder, postmenopausal hot flashes, essential tremors, anxiety, resistant depressant and mood disorders, irritable bowel syndrome (IBS), alcohol withdrawal, postoperative analgesia, nausea and vomiting, migraine prophylaxis, headache, interstitial cystitis, painful diabetic neuropathy, social phobia, generalized tonic-clonic seizures, pruritus (itching), insomnia, post-traumatic stress disorder (PTSD), and refractory chronic cough.” [3] 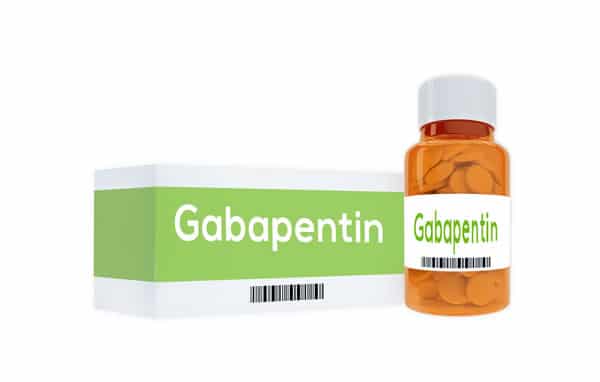 While Neurontin was the initial brand name of gabapentin, it should be noted that a variation of it known as pregabalin, marketed under the brand name Lyrica, “was approved for treating diabetic neuropathy and postherpetic neuralgia in 2004 and fibromyalgia in 2007. In 2012, the manufacturer paid a settlement for misleading promotion of the drug for off-label indications.” [5]

So how do these drugs work? Simply put: “Gabapentin treats seizures by decreasing abnormal excitement in the brain. Gabapentin relieves the pain of PHN by changing the way the body senses pain.” [6] It does this by interacting with GABA receptors in the brain — one of “the most common kind in the mammalian nervous system,” according to McGill University [7]. “It is estimated that close to 40% of the synapses in the human brain work with GABA and therefore have GABA receptors.” The role of the naturally occurring neurotransmitter GABA — gamma aminobutyric acid — is to reduce the excitability of neurons in the brain, which play a role in the transmission of pain signals. The more excited those neurons are, the more pain signals are transmitted.

The chemical makeup of gabapentin is structurally related to GABA, and originally, researchers thought that usage of the drug “leads to an overall increase in central GABA levels.” [8] Additional research, however, found that gabapentinoids “do not act on GABA receptors and have no effect on GABA synthesis or metabolism.” [9] But by binding to calcium channels in the central nervous system, the drug “ultimately reduces the release of excitatory neurotransmitters into the synapse. This explains the use of gabapentinoids in blocking nerve pain and treating seizures. Therapeutic doses of gabapentinoids have a moderate dose-dependent increase in GABA extracellular concentrations, which is why some individuals experience relaxation and euphoria when taking the medication.”

In other words, gabapentin mimics the effects of GABA, serving to calm excited neurons that are transmitting messages of pain, leading to the desired effects in patients who suffer from neuropathy and other conditions that include nerve pain as one of their symptoms.

Signs Someone Is Addicted to Gabapentin: Is It Addictive? 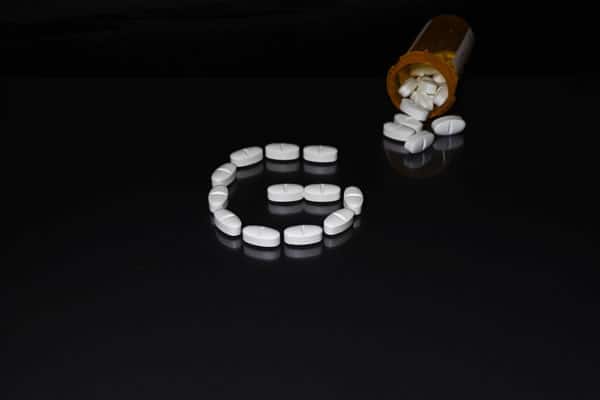 As early as 2012, concerns were raised about the substance misuse of gabapentin in an article titled exactly that for the British Journal of General Practice [10]. Researchers wrote that “The drug’s effects vary with the user, dosage, past experience, psychiatric history, and expectations. Individuals describe varying experiences with gabapentin abuse, including: euphoria, improved sociability, a marijuana-like ‘high’, relaxation, and sense of calm, although not all reports are positive (for example, ‘zombie-like’ effects). In primary care, an increasing number and urgency of prescription requests cannot necessarily be explained by the increased number of cases of neuropathic pain.”

By 2016, according to reporting by Pew Charitable Trusts [11], Ohio doctors were raising concerns about gabapentin’s involvement in overdose deaths, and even physicians who were initial proponents of gabapentin as an opioid alternative began to reconsider: “We knew that a small subset of our addiction patients would abuse gabapentin,” Paul Earley, an addictionologist from Georgia who’s also a board member of the American Society of Addiction Medicine, told Pew. “For years, we considered gabapentin to be ‘good for what ails you.’ But I’m much more cautious than I used to be. If there’s anything we’ve learned from the opioid epidemic, it’s that we need to rethink how we prescribe drugs we once assumed were safe.”

Writing for Kaiser Health News in 2017 [12], Carmen Heredia Rodriguez reported on gabapentin’s diversion in Ohio to a drug used recreationally, a problem that presented new obstacles for both the medical community and law enforcement: “Gabapentin can enhance the euphoria caused by an opioid and stave off drug withdrawals. In addition, it can bypass the blocking effects of medications used for addiction treatment, enabling patients to get high while in recovery.” On the streets of Athens, Ohio, she continued, 300mg gabapentin pills — known colloquially in some street parlance as “gabbies” or “johnnies” —were as cheap at 75 cents. (It should go without saying, of course, that purchasing gabapentin through illicit channels is most definitely one of the signs someone is addicted to gabapentin.)

The problem hasn’t been limited to the Buckeye State: In West Virginia, “the number of fatal overdoses related to the nerve-pain drug gabapentin … jumped from three in 2010 to 109 in 2015,” according to the Charleston, West Virginia newspaper the Gazette-Mail [13]. A study published in a 2015 edition of the American Journal of Psychiatry [14] examined more than 500 non-medical users of prescription opioids and found that “15% of participants identified using gabapentin specifically ‘to get high’ in the past 6 months. This represents a 165% increase in use compared to reports from one-year prior, and a 2950% increase since 2008.”

Nationwide, according to research in a 2016 edition of the journal Addiction [15], “Prevalence of gabapentin misuse in the general population was reported to be 1%, 40-65% among individuals with prescriptions and between 15 and 22% within populations of people who abuse opioids.”

So What ARE the Signs Someone Is Addicted to Gabapentin? 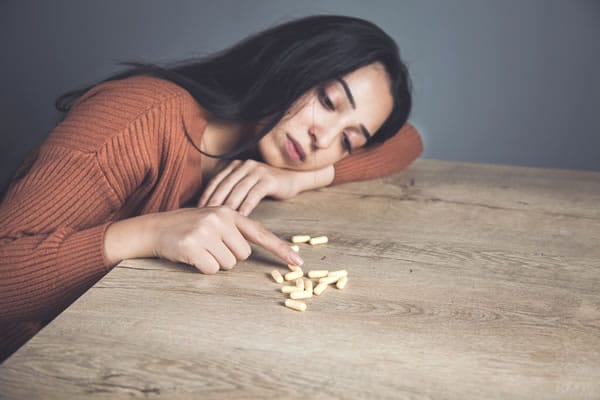 The obvious signs someone is addicted to gabapentin are the physical ones, according to MedlinePlus, a division of the U.S. National Library of Medicine [16]: “confusion or disorientation; unusual dizziness or lightheadedness; extreme sleepiness or lethargy; slowed, shallow, or difficult breathing; unresponsiveness, which means a person doesn't answer or react normally or you can't wake them up; (and) bluish-colored or tinted skin, especially on the lips, fingers, and toes.”

It’s important to keep in mind that gabapentin is still legitimately prescribed for the conditions previously discussed — however, if these symptoms can’t be attributed to a proper prescription, or because the individual is using other drugs or has underlying health conditions, then the possibility that he or she is abusing gabapentin can’t be discounted.

Using gabapentin to potentiate, or increase, the effects of other drugs is also common among those who show signs someone is addicted to gabapentin: “Studies in US and UK substance abuse populations … identified a greater likelihood for those misusing gabapentin to also be misusing prescription opioids. (One study) also found that individuals who reported using gabapentin to get ‘high’ were also more likely to be misusing benzodiazepines,” and the use of gabapentin and alcohol are commonly found in toxicology results. [17] 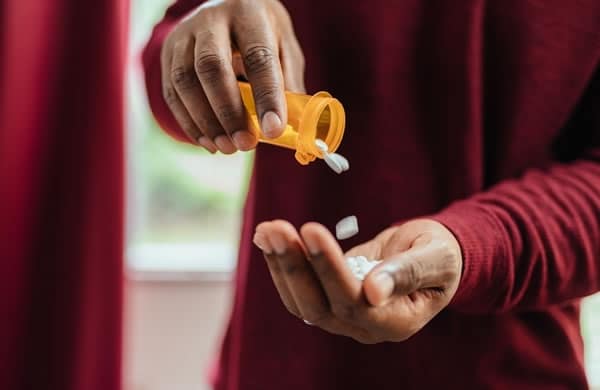 Combining gabapentin with other frequently misused drugs achieves the euphoria that drives addiction, according to a 2016 article in the journal Addiction [17]: “One case study described individuals snorting gabapentin powder from capsules and experiencing a high similar to that felt after snorting cocaine. Another commonly reported sensation from gabapentin misuse was sedation/relaxation/calmness, which was described in six studies … other effects experienced included: improved sociability, marijuana-like ‘high,’ cocaine-like ‘high,’ ‘amphetamine rush,’ disassociation, MDMA-like ‘high,’ increased energy and focus, improved quality of sleep, and becoming more talkative.”

And of course, there are common indicators of prescription drug addiction that apply to gabapentin, as well as a host of other pharmaceuticals that have a potential for abuse, according to the Mayo Clinic [18]:

It should be noted that while an addiction to gabapentin only is rare, it isn’t unheard of. While many individuals who struggle with addiction abuse gabapentin in association with other substances, there are those who turn to it as a sole means of mood alteration. The presence of other drugs may complicate signs someone is addicted to gabapentin, but the approach to helping those who do become addicted usually follows a singular path: safe, medically supervised detox, followed by addiction treatment by qualified professionals.