Because they’re routinely prescribed by medical professionals, the signs someone is addicted to benzos might not be readily apparent. 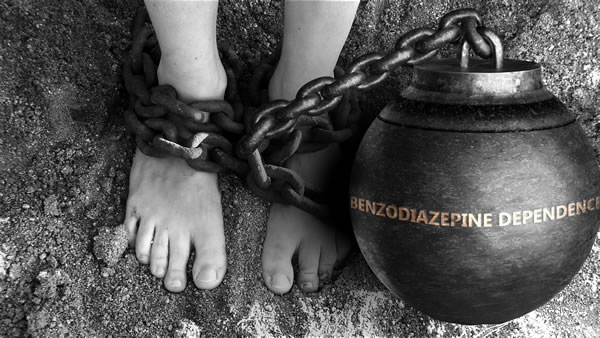 Consider: Benzos — a colloquial term for benzodiazepines — is a class of drugs that include Valium, Ativan and Xanax, among others, most of them prescribed for anxiety. However, according to a report by National Public Radio (NPR) in January 2019 [1], “the percentage of outpatient medical visits that led to a benzodiazepine prescription doubled from 2003 to 2015,” according to a study published that month in the Journal of the American Medical Association Network Open. Even more concerning, according to the NPR story: “The study found that the biggest rise in prescriptions during this time period was for back pain and other types of chronic pain.”

The study goes on to detail how, despite the fact that benzodiazepines work most effectively when used for short-term relief, long-term prescriptions have been on the rise as well: up by 50 percent from 2005 to 2015. And the longer an individual takes benzos, the greater their chances of developing a dependence, or even an addiction, to the drugs.

"I don't think people realize that benzodiazepines share many of the same characteristics of opioids," says Dr. Sumit Agarwal, an internist, primary care physician and researcher at Brigham and Women's Hospital in Boston, and one of the authors of the study, told NPR. “They are addictive. They cause you to have slower breathing; they cause you to be altered in terms of mental status. And then, eventually, [they] can cause overdose and deaths."

Like many pharmaceutical drugs, benzodiazepines have legitimate medical benefits — but they can be overused, abused and taken recreationally. According to the Centers for Disease Control [2], “Drug overdose deaths involving benzodiazepines rose from 1,135 in 1999 to 11,537 in 2017.” While deaths attributable to benzos only has remained steady, the numbers of deaths from a combination of benzo toxicity alongside opioids and other narcotics has increased tremendously.

So how did benzodiazepines originate? When did they become a regular part of a medication regimen for psychiatric and mood disorders? How do they work? And what are the signs someone is addicted to benzos? Let’s take a look.

Signs Someone Is Addicted to Benzos: What Are They? 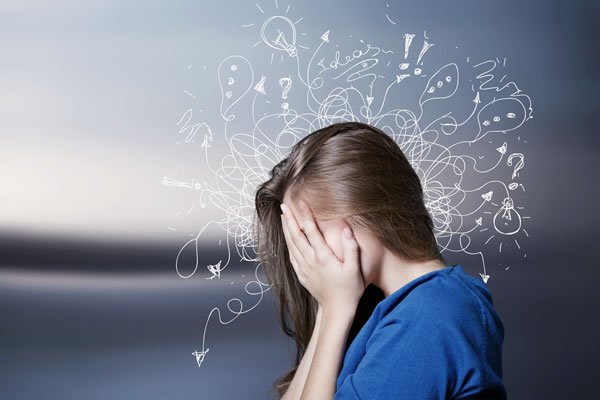 To understand the development of benzodiazepines, it’s important to look at the reason for their development. “Anxiety,” according to Dr. Marc Antoine-Crocq in a 2015 paper for the journal Dialogues in Clinical Neuroscience [3], “is a normal emotion. From an evolutionary viewpoint, it is adaptive since it promotes survival by inciting persons to steer clear of perilous places. Since the 20th century, anxiety has also been a disorder in psychiatric classifications. The clinical threshold between normal adaptive anxiety in everyday life and distressing pathological anxiety requiring treatment is subject to clinical judgment.”

Antoine-Crocq discusses the roots of anxiety in Greco-Roman writings, but points out that “Between classical antiquity and modem psychiatry, there was an interval of centuries when the concept of anxiety as an illness seems to have disappeared from written records. Patients with anxiety did exist, but they were diagnosed with other diagnostic terms”: melancholia, for example, or a nervous disorder known as “the vapors.” In the first edition of the Diagnostic and Statistical Manual of Mental Disorders (DSM-I, published in 1952), “anxiety was synonymous with ‘psychoneurotic disorders,’” he continues, and in DSM-II, anxiety was generally classified as one of several neuroses.

By that point, however, medicine — particularly the business side of medicine — was in search of a treatment for anxiety, even if it wasn’t so named. Enter chemist Leo Sternbach, a chemist educated in Europe who came to New Jersey in 1941 to work for the Swiss-based pharmaceutical giant F. Hoffman La Roche. The company was keen to find a competitive drug for meprobamate, a drug marketed as Miltown by Wallace Laboratories that became wildly popular for its sedative properties, according to a biography of Sternbach in the medical journal Lancet [4].

According to a 2009 article in The Pharmaceutical Journal [5], “In 1957, (Sternbach) found that a benzheptoxdiazine derivative, chlordiazepoxide, left over from an earlier project, had unexpected sedative, anticonvulsant and muscle-relaxing properties in animal studies and, untrammelled by the requirements of modern drug testing, Roche was able to market the drug as Librium just three years later.”

From that point on, pharmaceutical companies began to pursue benzos at breakneck speed. According to a 2013 article in the peer-reviewed journal The Consultant Pharmacist [6], “Valium (diazepam) followed in 1963. Hoffmann-La Roche's competitors also began looking for analogues. Initially, benzodiazepines appeared to be less toxic and less likely to cause dependence than older drugs. A specific improvement was their lack of respiratory depression, a safety concern with barbiturates. Medical professionals greeted benzodiazepines enthusiastically at first, skyrocketing their popularity and patient demand. In the mid-to-late 1970s, benzodiazepines topped all ‘most frequently prescribed’ lists.”

What Are Some Popular Benzos, and How Do They Work? 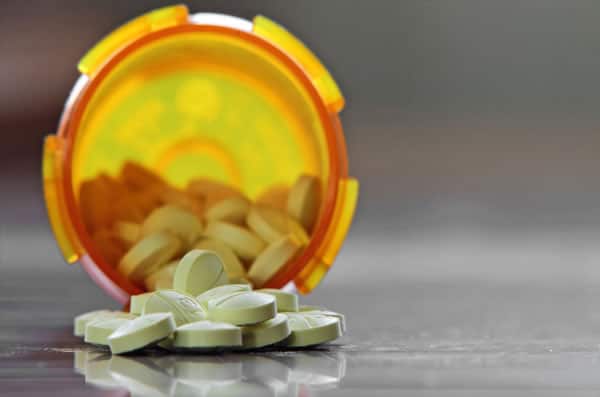 According to the British Journal of Medical Practitioners [7], “The advent of benzodiazepines in the late fifties was met with great excitement by the practicing physicians around the world. Their range of actions — sedative/hypnotic, anxiolytic, anticonvulsant and muscle relaxant — combined with low toxicity and alleged lack of dependence potential seemed to make them ideal medications for many common conditions. The drugs were prescribed long term, often for many years, for complaints such as anxiety, depression, insomnia and ordinary life stressors.”

When pharmaceutical companies saw the financial windfall that benzos brought them, the race was on to develop variations of the drug. Some of the most popular benzos, which are prescribed primarily in pill form, include [8]:

So how do benzos work? According to the science magazine Mosaic [9], “Benzodiazepines latch onto a receptor in the brain, which then activates a neighbouring neurotransmitter known as GABA (gamma-aminobutyric acid). GABA release makes people calm and sleepy. The drugs can trigger that GABA rush in minutes, allowing a user to feel calmer almost immediately.” How? GABA inhibits the activity of neurons in the brain. Picture the brain as the engine of a car: GABA shifts it into lower gear, so that racing thoughts, anxiety, insomnia and other uncomfortable effects of active neurons are slowed down.

The euphoria associated with benzos, however, remained a mystery for many years, until roughly a decade ago, when Dr. Christian Lüscher and a team of researchers at the University of Geneva in Switzerland began to look at benzos as part of an overarching study of paths of convergence in the brain’s pathways that play a role in addiction. The euphoria effect of almost all drugs is achieved through a spike of the neurotransmitter dopamine, with drugs like heroin and opioids acting directly on dopamine receptors.

What Lüscher and his team found with benzos, according to the National Institute on Drug Abuse [11], is “that benzodiazepines weaken the influence of a group of cells, called inhibitory interneurons, in the brain’s ventral tegmental area (VTA). These neurons normally help prevent excessive dopamine levels by downregulating the firing rates of dopamine-producing neurons. Two negatives make a positive, so when benzodiazepines limit the interneurons’ restraining influence, the dopamine-producing neurons release more dopamine.”

The result? “Benzodiazepines’ newly discovered mechanism for producing reward is comparable to those of opiates, cannabinoids, and GHB. Each of the four drugs reduces an inhibitory influence on dopamine-producing cells, thereby promoting dopamine spikes.”

Signs Someone Is Addicted to Benzos: How Are They Addictive? 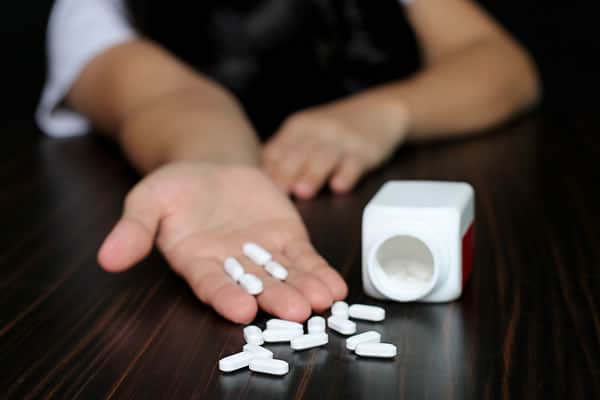 To explore the link between dopamine surge and addiction, Lüscher and his colleagues manipulated and studied the brains of mice. What they found was that, like many addictive drugs, benzodiazepines caused “long-lasting changes in the reward system” of the brain [11]. “Among the earliest of these along the path from voluntary to compulsive drug use and addiction is the migration of certain … receptors … from the interior to the surface of the dopamine-producing neurons. These receptors render the cell more susceptible to stimulation by the excitatory neurotransmitter glutamate, and as a result, the cells respond to future drug exposures with larger dopamine surges that produce even more intense pleasure. Scientists also have evidence that these special AMPA receptors initiate a series of changes in neural transmission that cumulatively give rise to the range of addictive symptoms.”

In layman’s terms: GABA, stimulated by benzos, produces a calming effect that’s desirable among those who suffer from anxiety, but they also raise the floodgates on the parts of the brain that produce dopamine. More and greater amounts of benzos increase these releases of dopamine, and eventually the brain begins to signal through other neurotransmitter that such dopamine rushes are required for its well-being. What this means for those who shows signs someone is addicted to benzos is that their casual desire for the drugs becomes an almost incessant need.

Writer Tessa Torgeson knows it well. In documenting her benzos addiction for the website Healthline [12], she wrote, “I loved the way they made me feel. Benzodiazepines smoothed my edges: blotting out traumatic memories of past sexual abuse and assault and the pain of a breakup. In the beginning, benzos instantly blotted out my pain and anxiety. I stopped having panic attacks and slept eight hours a night instead of five. But after a few months, they also blotted out my passions.”

And given the volume of benzos that are still prescribed annually, the risk of addiction can pose a risk to anyone who takes them. After all, according to the Semel Institute for Neuroscience and Human Behavior at the University of California-Los Angeles [13], “the most common causes for benzodiazepine addiction are extending use beyond the original course of treatment and using larger doses than directed — although many addicts simply begin using benzos without a prescription.”

Some risk factors for addiction to benzodiazepines, the Semel Institute continues:

This isn’t to say that benzos aren’t medically beneficial, or that everyone who takes benzos will become addicted to them. Because they can cause changes in the brain, however, the potential exists, and precautions should be taken by those who take them to limit the duration or, if they’ve taken benzos for an extended period, to seek safe, medically supervised detox in order to withdraw from them: “Withdrawal effects from therapeutic dosages of benzodiazepines are mainly anxiety symptoms. In addition, autonomic instability (i.e., increased heart rate and blood pressure level, tremulousness, diaphoresis), insomnia and sensory hypersensitivity are common. The most serious acute withdrawal symptoms are seizures and delirium tremens, which most commonly occur with abrupt discontinuation.”

So What ARE the Signs Someone Is Addicted to Benzos? 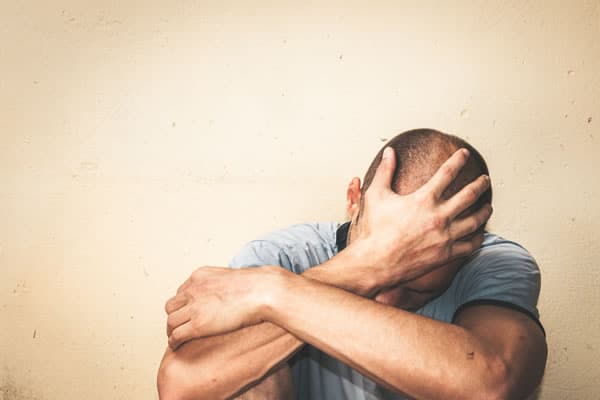 First, let’s look at the overt physical signs someone is addicted to benzos. According to the Center for Substance Abuse Research at the University of Maryland [14], these can be categorized by both the dosage (low to moderate doses) and the effects (short-term and long-term). The short-term effects of low to moderate doses include: impaired motor coordination; drowsiness, lethargy, fatigue; impaired thinking and memory; confusion; depression; altered vision; slurred speech, stuttering; vertigo; tremors; respiratory depression; nausea; constipation; dry mouth; abdominal discomfort; loss of appetite; vomiting and diarrhea.  The short-term effects of higher dosages can include: extreme drowsiness; slowed reflexes; mood swings; hostile and erratic behavior; and euphoria.

Because benzos can stay in the body and accumulate in fatty tissues, the long-term effects may take days to manifest. However, those can include: impaired thinking, memory, and judgment; disorientation; confusion; slurred speech; and muscle weakness and lack of coordination.

Other signs someone is addicted to benzos include [13]: 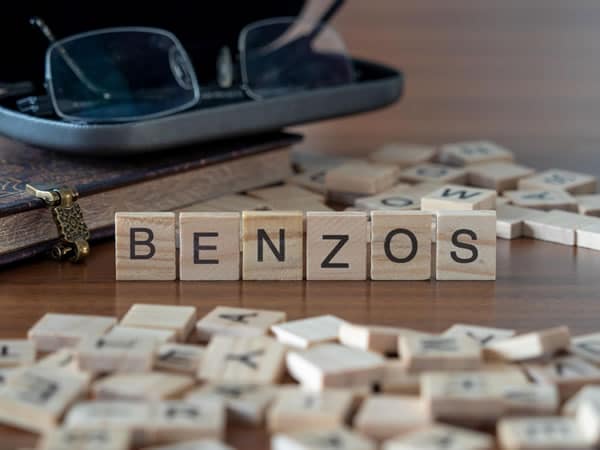 There are other signs that may not be so obvious but are certainly indicative of a problem:

One more time: Benzodiazepines themselves aren’t inherently deadly, evil or nefarious. They are, to put it simply, medications that have improved the quality of life for thousands of people over the years. They also have the potential for abuse and even addiction, and because of their impact on the lives and brains of those who show signs someone is addicted to benzos, dismissing them as just medicine can be counterproductive to a loved one’s health and, in some cases, deadly. Those individuals need drug and alcohol treatment in order to break the cycle and rediscover a life without benzos in the driver's seat.