Given the horrific nature of the opioid epidemic in the United States, everyone should know the answer to this question: What are the signs of a fentanyl overdose?

Earlier this summer, the Centers for Disease Control released the provisional drug overdose death statistics for 2020, and the numbers were grim, as the publication Scientific American points out: “More people died of overdoses in the United States last year than in any other one-year period in our history. More than 93,000 people died. The increase from the previous year was also more than we’ve ever seen — up 30 percent.”

Of that number, according to NPR, more than 69,000 were attributed to opioids, natural and semi-synthetic derivatives of the opium poppy that are used in medicine for pain relief. Other derivatives, such as heroin, are sold as illicit street drugs. But fentanyl, a lab-made synthetic opioid, played the biggest role in those opioid deaths, NPR reports: “Roughly 57,000 people died from synthetic opioids (predominantly fentanyl) last year, compared with around 13,000 people who died from heroin overdoses.”

In fact, according to a report last July in The New York Times, fentanyl may be the primary culprit of the unprecedented uptick in overdose numbers: “The national rise in deaths in recent years has been attributed in part to the introduction of fentanyl, which are easier to manufacture and ship than traditional heroin. Fentanyl began regularly appearing in the East Coast’s heroin supply in the last seven years, where they were easy to mix with the most common type of heroin, also a white powder. Overdoses of fentanyl, with their high yet variable potency, tend to be more common than overdoses of traditional heroin.”

So what are the signs of a fentanyl overdose? First, let’s understand what, exactly, fentanyl is.

Fentanyl: What You Need to Know 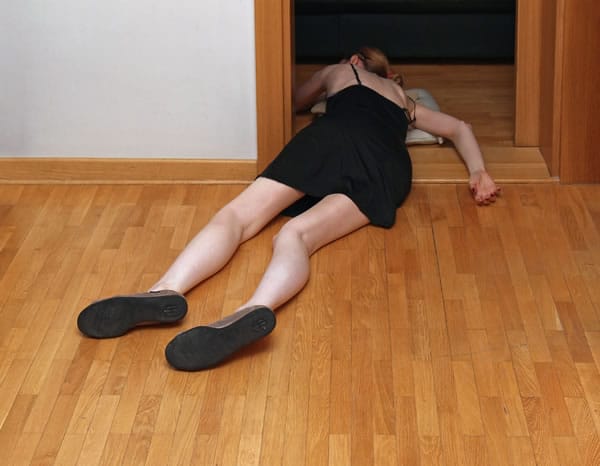 According to the National Institute on Drug Abuse, “Fentanyl is a powerful synthetic opioid that is similar to morphine but is 50 to 100 times more potent. It is a prescription drug that is also made and used illegally. Like morphine, it is a medicine that is typically used to treat patients with severe pain, especially after surgery.”

If you’ve had any personal experience with pain — blinding, crippling pain that comes from life-altering injuries or illnesses like cancer — than you’ve likely heard of it. After all, it’s been around for some time, according to The Journal of Pain: “Fentanyl … was first synthesized by Dr. Paul Janssen and the Janssen Company of Beerse, Belgium, in December 1960. The drug was first used as an intravenous analgesic clinically in Europe in 1963 and in the United States … in 1968 and since then has become one of the world’s most important and frequently used opioid analgesics. Today, fentanyl is the opioid most often used intravenously for intraoperative analgesia in the United States, the rest of North America, Central and South America, throughout Europe, the Middle East, and most of developed Asia and Africa. In some of the world, the fentanyl patch is often used for the chronic pain of all forms of cancer as well as the persistent, intense pain from many non-cancerous maladies.”

The drug’s potency, however, made it ripe for those who wish to make money off of it by preying on the demand for a quick and powerful high. According to the publication Science, “The opium poppy is no longer the starting point for many of the opiates on the street. The new compounds, often sold mixed with heroin, originate in illicit labs in China.”

Or, as Tim Reagan, resident agent in charge of the U.S. Drug Enforcement Administration’s (DEA’s) Cincinnati office, told the publication, “For the cartels, why wait for a field of poppies to grow and harvest if you can get your hands on the precursor chemicals and cook a batch of fentanyl in a lab?”

Much of the lab-produced fentanyl began in China, where fentanyl was unregulated until 2015, when the DEA convinced the Chinese government to add the drug to its list of controlled substances. However, according to that Science article, “In response, underground Chinese labs began tweaking the fentanyl molecule, which is easy to alter for anyone with basic knowledge of chemistry and lab tools. By adding chemical groups, unscrupulous chemists have created new, unregulated variants, some of them even more potent than the original.”

And given that the United States “consumes 85% of all the world’s natural and synthetic opiates,” it was only a matter of time before Chinese labs found buyers for their product in drug cartels, which most certainly aren’t concerned about anyone wondering, “what are the signs of a fentanyl overdose?”

So why introduce it to drugs sold in the United States? Simple economics, according to a report from NBC News: “Researchers in California say there are two reasons. ‘It’s cheaper than heroin, and it’s smaller, lighter and easier to smuggle,’ said Sarah Mars, who studies drug addiction and policy at the University of California San Francisco.” And: “There’s a shortage of heroin and a growing supply of cheap fentanyl from China and Mexico, Mars found.”

What Are the Signs of a Fentanyl Overdose: How Much Is Too Much? 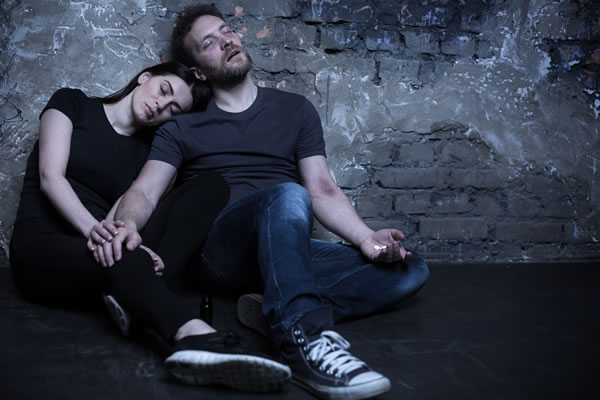 While fentanyl is “so cheap to produce and it’s so powerful … that drug dealers began realizing it was a way to increase their profits,” journalist Ben Westhoff — author of the book “Fentanyl, Inc.” — told NPR, there’s a risk on all sides of a fentanyl transaction: “Since only 2 milligrams of fentanyl is enough to kill you, just the slightest miscalculation can make people overdose and die,” he added.

Fentanyl, according to the CDC, is 50 to 100 times more powerful than morphine, a common opioid used in medical settings for pain relief. It’s anywhere from 30 to 50 times more potent than heroin, which until 2015 was the cause of most opioid overdose deaths. But how does that work?

“The difference in strength between heroin and fentanyl arises from differences in their chemical structures,” according to a report in the health publication STAT News. “The chemicals in both bind to the mu opioid receptor in the brain. But fentanyl gets there faster than morphine — the almost-instantaneous byproduct when the body breaks down heroin — because it more easily passes through the fat that is plentiful in the brain. Fentanyl also hugs the receptor so tightly that a tiny amount is enough to start the molecular chain of events that instigates opioids’ effects on the body.”

So what is it, and how is it taken or administered? According to the NIDA, “When prescribed by a doctor, fentanyl can be given as a shot, a patch that is put on a person’s skin, or as lozenges that are sucked like cough drops. The illegally used fentanyl most often associated with recent overdoses is made in labs. This synthetic fentanyl is sold illegally as a powder, dropped onto blotter paper, put in eye droppers and nasal sprays, or made into pills that look like other prescription opioids.”

What’s most alarming is that while most people — laymen and drug users alike — understand that fentanyl is often combined with heroin, the NIDA warns that some drug dealers are mixing it with other drugs, including “cocaine, methamphetamine, and MDMA.” Why? Again, economics: It’s cheaper, and if you’re using a cheap ingredient, than the more costly ones are stretched out over more product, which means more money. In street parlance, it’s known as “stomping” or “cutting” a drug, but when the cutting agent is fentanyl, unsuspecting users can end up consuming a substance they have no idea they’re getting, and use in such amounts that an overdose is almost inevitable.

And that makes it more important than ever to know the answer to the question: “What are the signs of a fentanyl overdose?”

Read More: What Are the Signs Someone Is Addicted to Fentanyl?

So, What Are the Signs of a Fentanyl Overdose? 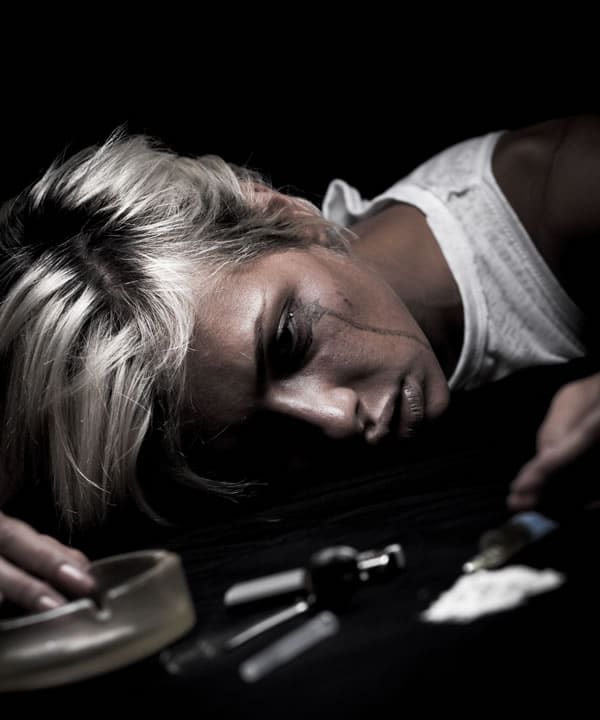 As the NIDA describes it, “An overdose occurs when a drug produces serious adverse effects and life-threatening symptoms. When people overdose on fentanyl, their breathing can slow or stop. This can decrease the amount of oxygen that reaches the brain, a condition called hypoxia. Hypoxia can lead to a coma and permanent brain damage, and even death.”

So what are the signs of a fentanyl overdose? According to the Missouri Opioid-Heroin Overdose Prevention and Education (MO-HOPE) Project, “In the majority of cases, fentanyl overdoses appear very similar to other opioid overdoses. MedlinePlus, a subsidiary of the U.S. National Library of Medicine, says those symptoms can include:

In addition, the MO-HOPE Project points out, “atypical overdose symptoms due to fentanyl have been reported, including:

In the event of a suspected fentanyl overdose, what should be done? If you have access to Narcan, and you’ve been properly trained on how to administer it, start there. Narcan is the name for naloxone, “a medicine that rapidly reverses an opioid overdose,” according to the NIDA. “It is an opioid antagonist. This means that it attaches to opioid receptors and reverses and blocks the effects of other opioids. Naloxone can quickly restore normal breathing to a person if their breathing has slowed or stopped because of an opioid overdose.”

In other words, those aforementioned receptors in the brain to which fentanyl (and other opioids) bind? Naloxone breaks that, booting the opioids off of the receptors and sending the individual into immediate withdrawal. It shouldn’t be undertaken lightly, of course, and should always be administered in conjunction with a 911 call, but it can and does save lives. More importantly, the NIDA adds, if it’s not a fentanyl overdose? Naloxone is harmless and will not hurt them: “Naloxone has no effect on someone who does not have opioids in their system.”

However, according to that STAT News piece, fentanyl’s “tighter affinity for the opioid receptor also means more naloxone — or Narcan — may be needed to combat a fentanyl overdose than a heroin overdose.” In other words, it may take two, or more, Narcan nasal sprays to reverse a fentanyl overdose.

That doesn’t mean you shouldn’t try, and if all else fails, and you’ve already called 911, administer CPR until first responders arrive.

It’s a nightmarish scenario, to be sure — but given the steady increase in overdose deaths, one more and more Americans find themselves faced with. And understanding what are the signs of a fentanyl overdose may help save a life.

Read More: What You Can Do to Administer Treatment for an Overdose