It’s often a brutal moment of reckoning toward the end of a particularly severe drinking problem, that glance into the mirror … the shock of what stares back … and the unspoken query that blares like the incoming missile klaxon on a naval warship: “Is my liver failing?”

It may be, and that’s a life-threatening condition that may mean sobriety has suddenly become necessary for preservation in the very real sense of the word. After all, sobriety is a nebulous concept when heavy alcohol use has led to consequences that, while serious, aren’t exactly a danger to one’s very existence.

But if you find yourself looking at your yellowing eyes, your sagging skin and the noticeable bulge in your abdomen where your distended liver pushes toward the surface, you should indeed be asking yourself, “Is my liver failing?”

And then you should immediately ask, “What am I going to do about it?”

‘Is My Liver Failing?’ What Are the Signs? 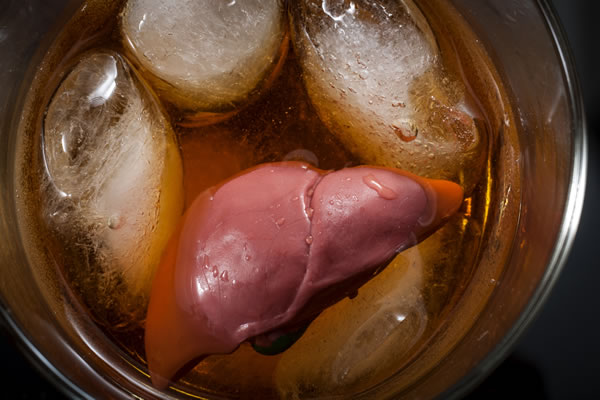 “Liver failure” is an awfully broad term, but for the purposes of an addiction to alcohol, let’s refer to it by the medical terminology: alcohol-related liver disease, which begins with a fatty liver, “when too much fat builds up in liver cells,” according to the website Healthline.

In other words, not all livers are equal, and some can take a licking and keep on ticking, as the old Timex commercial goes. Others are particularly sensitive to the ravages of alcohol and can develop alcoholic hepatitis with even moderate consumption. So when should you ask, “Is my liver failing?” The Mayo Clinic points to these symptoms: 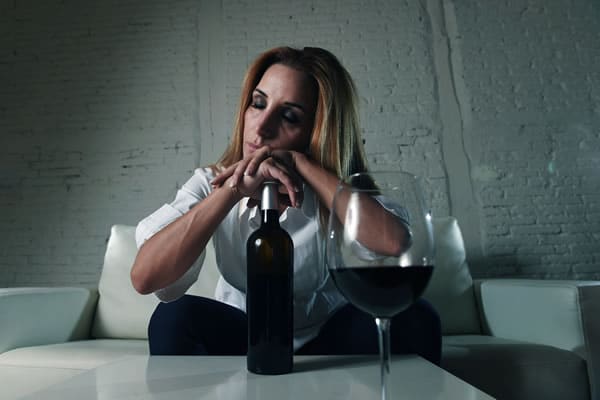 Why does this happen? According to the online publication Healthline, the liver’s job is to essentially act as the body’s filter, and its role is to:

However, Healthline writers continue, certain substances — alcohol chief among them — interfere with the liver’s ability to regenerate after being damaged. Continual damage leads to the development of scar tissue, which replaces healthy liver tissue, gradually eroding the organ’s ability to do its job. By that point, alcoholic hepatitis has developed into something more serious, according to the American Liver Foundation: “alcohol-related cirrhosis, in which normal liver tissue is replaced by non-living scar tissue.”

To determine the extent of an individual’s alcoholic-related liver disease, doctors will determine how much an individual drinks, and if the aforementioned symptoms are present, they’ll also conduct blood tests and perhaps do a liver biopsy. As the medical information source Merck Manual points out, “The best treatment is to stop drinking alcohol, but doing so is very difficult and requires help, often in rehabilitation programs.”

What Can I Do About It? 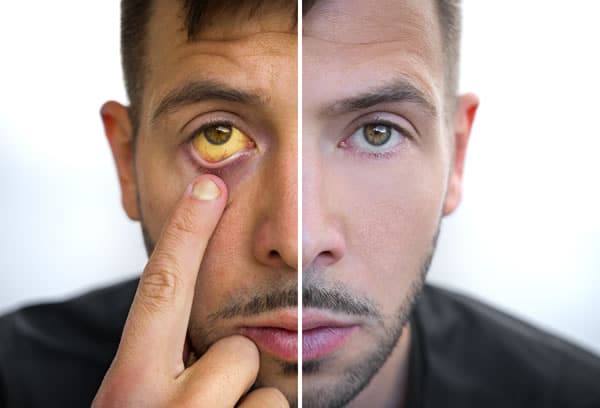 According to the American Liver Foundation, the three stages of alcoholic liver disease start with fatty liver, “where excess fat builds up in the liver.” If you’re a heavy drinker, the foundation continues, it’s important to note that “virtually all heavy drinkers develop fatty liver.”

In addition, “Up to 35 percent develop alcoholic hepatitis and between 10 and 20 percent develop cirrhosis.” Furthermore, “the damage from alcohol-related cirrhosis is not reversible and can cause fatal liver failure.” However, there is good news: “In the early stages of the disease, liver damage may be reversed if the person stops drinking.”

Dr. Timothy Morgan, in a Q&A with the scholarly journal Gastroenterology and Hepatology, notes that in some cases, the scarring of liver tissue — known as fibrosis — has been known to regress, but “Fibrosis regression is difficult to document and cannot be predicted in an individual patient who stops drinking. In most patients, the fibrosis remains to some degree, potentially as much as when the patient stopped drinking.”

For those wondering, “Is my liver failing?,” however, there is good news, Morgan continues: “The beneficial effects of stopping alcohol start immediately, but probably are not achieved in the full sense for several weeks or longer. The exact length of time for the liver to improve is not known, and varies from patient to patient.”

Furthermore, Morgan recommends an alcohol treatment program to help those whose liver conditions are critical achieve abstinence and maintain it. Why treatment? The American Psychological Association puts it this way: “Those with alcohol dependence usually can’t stop drinking through willpower alone. Many need outside help. They may need medically supervised detoxification to avoid potentially life-threatening withdrawal symptoms, such as seizures. Once people are stabilized, they may need help resolving psychological issues associated with problem drinking.”

However, asking “is my liver failing?” is a sign that the problem has already gotten out of hand, the report continues: “With any other health condition like heart disease, detecting problems and offering treatment only after a crisis is not considered good medicine.”

In other words, if you recognize your drinking is problematic, don’t wait until you’re staring at yourself in the mirror, asking, “Is my liver failing?,” before you decide to do something about it.