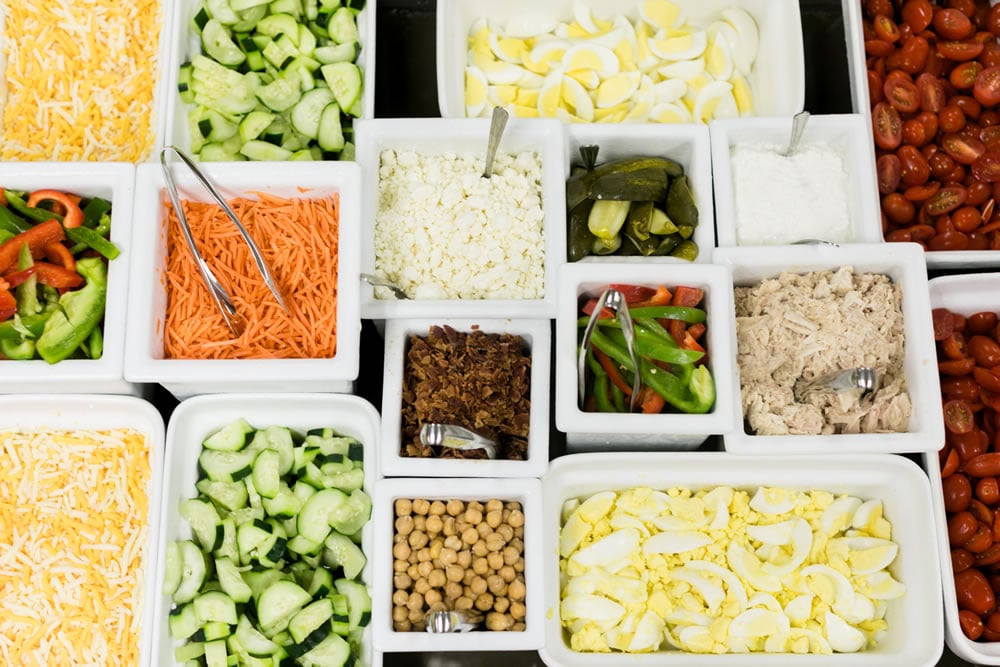 At the end of their shift, Chris Akins and his Unidine team get to sit and enjoy the fruits of their labor.

By that point, the dining hall at Cornerstone of Recovery is in need of reassembly; marshaling the resources and manpower to feed patients of a drug and alcohol treatment center with almost 200 beds, along with the more than 200 staff members that help those patients find their way out of the bonds of addiction, is an often Herculean and tumultuous task.

But in those moments after the storm, before they begin preparation for the next meal of the day, they sit and break bread, and Akins is often reminded of how much food brings people together, in a myriad of ways and roles.

“That’s when the patients who are walking by, on their way to their groups or classes or whatever, stop by and thank us for what we do,” says Akins, the dining services director for Unidine, the culinary management company that oversees the sustenance of both patients and staff at Cornerstone of Recovery. “They’re very grateful and gracious, sometimes in a variety of colorful terms! But they always seem to appreciate what we do.”

A mission of nutrition 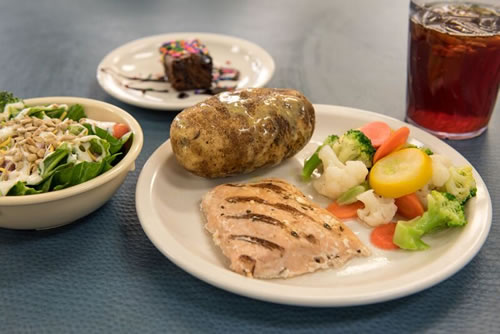 In turn, Akins and his team are keenly aware of the unique position they’re in as the food providers for Cornerstone. Founded in 2001 by Richard Schenkel, Unidine serves 32 million meals annually in more than 200 facilities around the country, from hospitals and senior centers to colleges, universities and government buildings. Whereas a typical health care stay lasts roughly three to five days, however, Akins and the Unidine staff on the ground at Cornerstone are often serving meals to the same individuals in increments of four weeks or longer.

“You get to know these people, and you build a connection with them,” Akins says. “You also want to plan out what you serve so that there’s not a lot of repetition.”

Everyone eats, but not everyone puts as much thought into eating as Akins does. He grew up in the small East Tennessee hamlet of Loudon, where two working parents often meant he and his siblings spent time with an aunt and uncle who owned a farm.

“They grew everything they had — beef, fruits, vegetables; it was right there,” he says. “They would go to the grocery store once a month for staples like flour or corn meal, but everything else they had. We did a lot of canning and preserving and de-feathering.”

Every Sunday, the family would gather around the table on that farm, and Akins grins when he remembers the fried chicken his aunt used to make. Tending to his assigned chores led to a work ethic that got him started out as a dishwasher at a local restaurant when he was old enough, and he’s been in the food services industry ever since.
When he discovered an online job posting by Unidine a few years ago, he didn’t hesitate to apply.

“Unidine has a really pronounced love for scratch food, and I’m a big believer that you’re never going to buy something pre-made that’s as good as you can make it yourself,” he says. “When you serve something pre-made, you’re short-changing yourself and missing an opportunity to put a little bit of your personality on the plate.”

From farm to Cornerstone tables 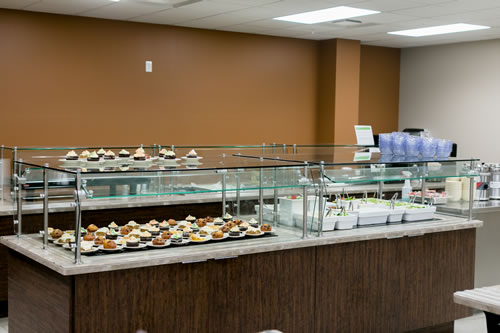 He was originally hired in 2016 to a traveling position; one of his first posts was to Cornerstone of Recovery during the treatment center’s transition to a new facility, and the plan upon completion was for him to travel to Unidine sites around the country as a relief manager. When a permanent position at Cornerstone unexpectedly opened up, he seized the opportunity.

The gravity of his new job hit him roughly a month later, once the transition was complete and he stepped up to help out on the serving line. He held up a plate to a patient on the other side of the dividing glass and saw himself staring at a family member.

“I was shocked, because I had no idea they were going through something like that,” he says. “That changed my view of who our customers are in here and how important it is to treat them all like family.”

In planning out menus four weeks in advance, Akins and his staff like to try new things, but there are standard favorites that won’t be retired. Addicts and alcoholics who first come to treatment are often malnourished and underfed, and many of them are frightened and depressed. A hot meal of familiar food is the one thing Akins and his team can offer that makes as much of a difference as the treatment they receive from Cornerstone’s counseling staff.

“We ask ourselves what type of food they seem to appreciate the most, and it’s familiar food,” he says. “That goes a long way to helping them get through what, in the beginning, might be the worst part of their lives. Not having to worry about food helps take away stress and helps them focus.” 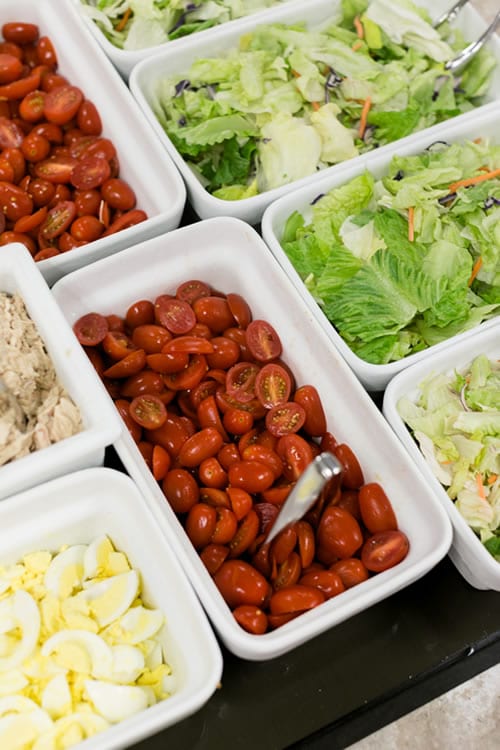 The Unidine philosophy, as well as the standards of Akins and his staff, makes each meal in the Cornerstone dining hall stand out. “Taco Tuesdays” are a big hit, especially when the team prepares its own pork carnitas from scratch and mixes up its own batch of salsa verde. All of the patties for “Burger Bash Thursday” are hand-sculpted from fresh ground beef; all of the salad dressings are made in the kitchen; the team roasts all of its own deli meat.

In addition, the team goes out of its way to meet special dietary restrictions or needs. They make from-scratch veggie patties on days when hamburgers are served, prefer real-food alternatives to nutritional supplements and prepare meat-free entrees as requested.

“We know what goes into everything we’re making,” he says. “We make sure special dietary needs are met on an individual, case-by-case basis. All our guests have free choice of everything we serve, so we do our best to educate, listen to and ask questions so we make sure to understand exactly what is needed.”

And for the patients who often receive their first hot meal in who-knows-when at Cornerstone, that makes all the difference. Combined with the robust personalities — fast-talking Paul, quick with a grin or sporting his tall chef’s hat on occasion; Jackie, roaming the dining hall to inquire about the food with a boisterous laugh and a slap on the back; Cecil, addressing all men as “sir” and women as “ma’am,” or any of the other half-dozen men and women that never fail to offer a smile of encouragement — it’s part of the Cornerstone campus that offers as much spiritual sustenance as it does physical nourishment.

“It gives you a sense of satisfaction,” Akins says. “You’re not just making money. Yes, this is a business, but the people coming through are a bigger piece of it. We may never see them again, but if they need to come back, we’ll be here for them.”

No doubt with a plate of hot food, lovingly prepared by hand.