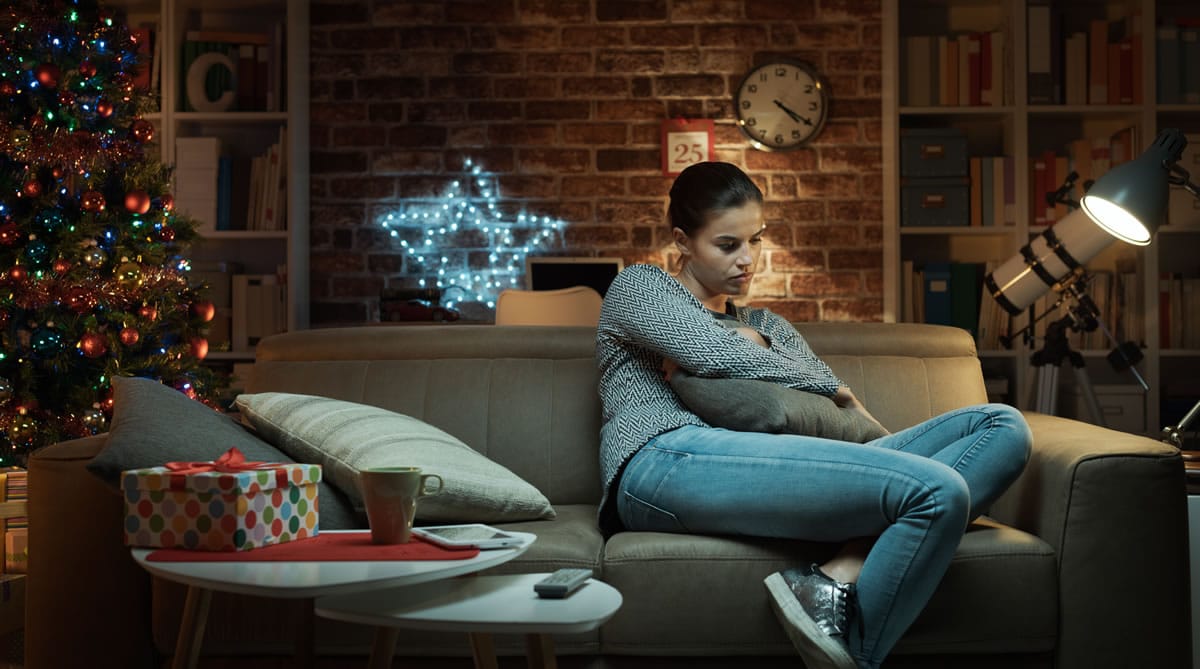 While New Year’s Day is often considered the opportunity to make fresh starts and big changes, there are plenty of reasons to get clean and sober before the holidays arrive.

The clock is ticking, obviously: November is already here, but retail stores around the country have had Christmas decorations on display since the summer. Some Yuletide celebrants put up decorations immediately after Halloween and don’t take them down until late January, and already, planning for holiday parties, gatherings and family events is under way.

If you’re an addict or an alcoholic, you may be dreading such festivities, if you plan on attending at all. Perhaps you’re already devising opportunities to get and use while scads of relatives are around, or just how drunk and high you’ll need to be to face the interrogations and accusations that usually revolve around your drinking and using. Some of you may be excommunicated from your families and have no one to spend the holidays with, which means the only thing you’re looking forward to is the oblivion of getting wasted.

It doesn’t have to be that way. By getting clean and sober before the holidays, you’re sending powerful messages — to your family, to your disease and most of all, to yourself. What are they, you might ask? 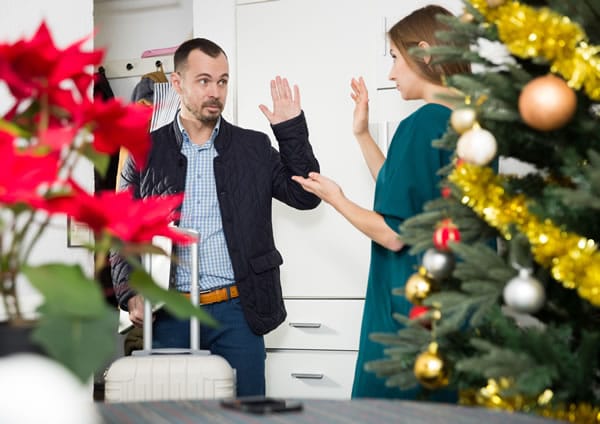 Well, you will, eventually, but if you get clean and sober before the holidays, it won’t be because of drugs and alcohol. Consider these statistics from the U.S. Department of Transportation [1]:

But that’s not all: According to the Foundation for Advancing Alcohol Responsibility [2], drunk driving accounted for 44 percent of all automobile fatalities on New Year’s Day 2013, and 37 percent on Christmas Day of that year. In addition, according to a 2011 article in the Journal of Studies on Alcohol and Drugs [3], “hospitalizations for alcohol overdoses and alcohol-related injuries increase on and around holidays such as New Year's Day … (d)ata …  indicate that an estimated 1,980 underage drinkers were treated at emergency departments for overconsumption and alcohol-related injuries on New Year's Day in 2009, compared with an average of 546 visits on nonholidays throughout the year.”

In East Tennessee alone, data from the Knox County District Attorney General’s Office [4] reveals that in 2017, drug overdose deaths spiked in December to a high of 39 deaths — more than 13 percent of the entirety of 293 overdose deaths recorded for that calendar year.

Clearly, addiction, alcoholism and the holidays can make for a deadly combination. By going to rehab before the season starts, you’ll cut down on the possibility of adding tragedy to that mix. 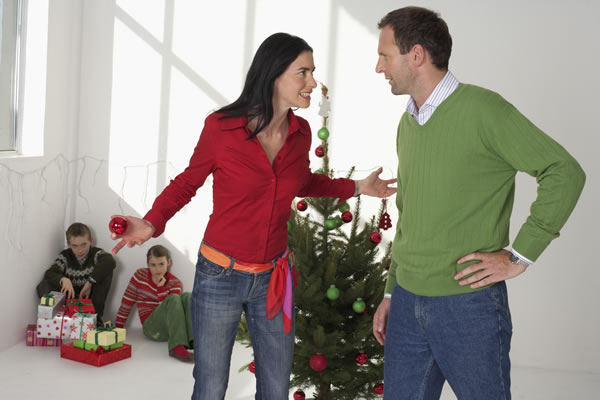 There’s a reason dozens of articles, papers and books are written for family members who are dealing with addicts and alcoholics during the holiday season. Writing for the publication Social Work Today, social worker Christina Reardon [5] points out that “for many families, the holidays can be a time of great anguish, strife, and overindulgent behavior that is later regretted … for these families, the thought of managing substance abuse issues while maintaining peace and unity can be overwhelming — and mishandling these issues can lead to further estrangement from the addict or a relapse for the recovering person.”

As addicts and alcoholics, our lives are often social, financial and emotional hurricanes, the metaphorical winds of which can batter and damage everyone around us. When we bring that turmoil around loved ones, their emotional attachment to us makes them easy victims, even if we don’t intentionally mean them harm. If our drug and alcohol problems are out in the open, they become sources of conflict; if they’re not, chances are good our loved ones suspect something is amiss, and their own holiday joy is overshadowed by concern.

Going to drug and alcohol treatment won’t remove all sources of strife, but the possibility of you nodding off in the mashed potatoes or making off with Junior’s new PlayStation for some quick pawnshop cash is drastically reduced if you get help before the holidays arrive. 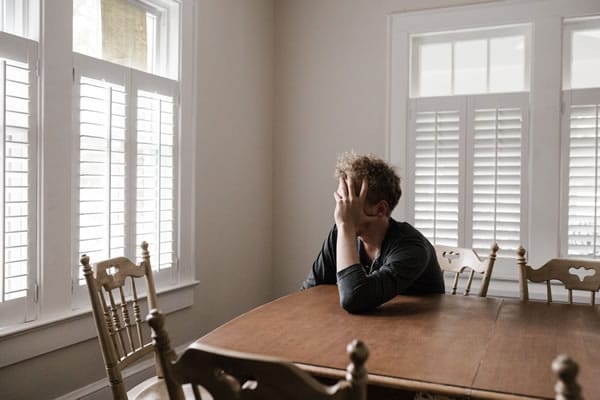 According to the magazine Reason [6], “Americans spent nearly $150 billion on marijuana, heroin, cocaine, and methamphetamine in 2016,” and “total spending on illegal drugs, including psychedelics and MDMA, would have been even higher. By comparison, Americans spent $227 billion on alcoholic beverages in 2016.”

Addicts and alcoholics spend a lot of money on their substances of choice. As a result, we’re often broke, and as our disease progresses, we slowly strip away any superfluous spending that might detract from the amount of money we’re spending to get drunk and high. If we can’t afford to pay for a place to live, a car to drive or food to eat, we’re not going to be buying Christmas presents. If we’re invited to holiday gatherings, we show up empty-handed, and while the rest of the family exchanges gifts, we’re doing mental calculations on whether the ones we receive can be traded or sold to support our habits.

If we do manage to find the willingness to buy gifts, we often give them with a certain amount of resentment, because that’s less money going up our arms, in our noses or down our throats. And that sort of silent selfish suffering makes us feel even worse.

In a piece in the publication Forbes [7] that details the benefits of taking part in “Sober October” before the holidays, contributor Frances Bridges details a number of positive effects from getting clean before the holidays: improved sleep, increased energy, improved diet and weight maintenance. Nothing is worse than showing up to a holiday feast feeling bloated and lethargic from too much booze or skeletal and sickly from drug withdrawal: You see the spread and know you should feel hungry, but your body is in a state of revolt because of alcohol and drugs.

But getting clean and sober before the holidays is about so much more than just feeling better physically. Few things are more emotionally painful than feeling like an outsider among your own kin. Every addict and alcoholic who’s had to endure the holidays while still drinking and using will tell you: It’s the loneliest thing in the world. Any happiness you exhibit is forced; any appearance of frivolity is a façade; any love or affection is a half-hearted sentiment. The part of your brain that’s supposed to feel wonder and joy and all of those wonderful holiday traits is overshadowed by the glaring neon sign erected in the middle of your brain, the one that says, “DRINK. GET HIGH.”

Because of that, addicts and alcoholics usually make excuses to avoid family gatherings altogether. We feel worthless and hopeless; we’re consumed with guilt; we feel no connection to the people we should feel connected to the most. Being around loved ones during the most wonderful time of the year is a reminder of just how horrible our lives are, and so we often choose to avoid such gatherings rather than face the reality of how grim our situations have become.

By Getting Clean and Sober Before the Holidays, You’ll Give Your Family the Best Gift Ever 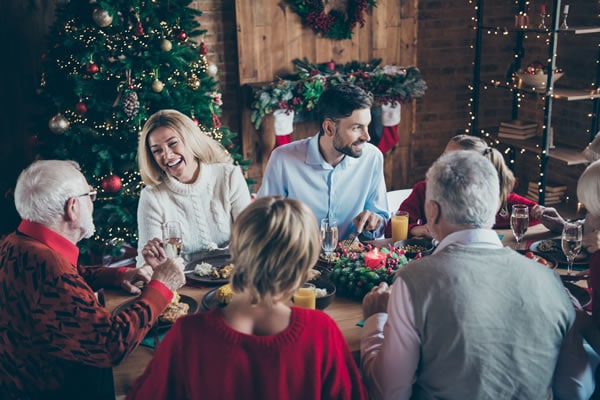 That gift? Clean and sober you. Getting clean and sober before the holidays is a gift to yourself, and recovery should be for yourself before it’s for anyone else. But nothing can compare to the combination of pride, love, relief and gratitude in the eyes of a parent, spouse, sibling or child when you show up on Thanksgiving or Christmas Day, fresh out of drug and alcohol rehab, ready to start life again.

That doesn’t mean that the past is erased, nor does it mean that the damage done while drinking and using is magically repaired. It does mean, however, that you now have a chance to make amends and a future to which you can look forward. You may have no money, and there may still be some resentment or animosity because your newfound recovery is still mostly theoretical, but you’ll have gained a new lease on life … and whatever emotions they may feel on the surface, that always sparks some hope in the hearts of those who care about you the most.

It’s important not to set expectations that are too high, of course. As addicts and alcoholics, we do a great deal of damage and hurt a great many people, and those bonds are sometimes so severely broken that it takes weeks, months and years to repair them — if it happens at all.

But if the holidays symbolize anything, it’s hope, charity and good will. With a foundation of recovery discovered in treatment and a network of peers in 12 Step programs or other support groups, you can hold your head high this holiday season, knowing that you’re giving yourself and those about whom you care a holiday season of fresh starts, warm smiles and pleasant memories.