You’ve tried any number of ways to get a handle on your drinking problem, none of them effective, and now you’re considering another approach: treatment. But, you’re now wondering, what does alcohol rehab consist of?

It’s a legitimate question, considering the often mercurial nature of drug and alcohol treatment. After all, it’s a process most people never think about, because they hope they never need it. And when they determine that they do, they’re often faced with a number of different questions, from where to get help to how to pay for it to what will happen during the process.

So … what does alcohol rehab consist of? Let’s take a look.

The Roots of Alcohol Rehab: A Short History 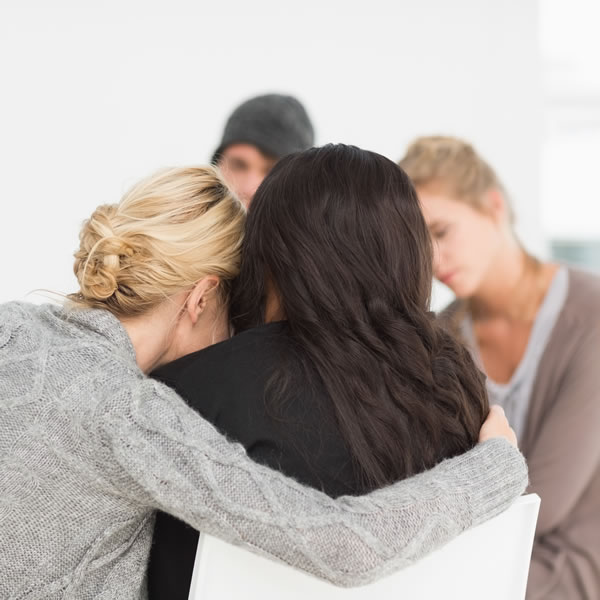 It’s important to keep in mind that while no two alcohol rehabs are the same, the methods and treatment protocols employed by a great many of them are similar. Why? Because they all draw on patterns established almost a century ago, during what historians and sociologists refer to as the “Modern Alcoholism Movement,” which began around 1933 — the end of Prohibition in the United States.

A chapter in the book the Encyclopedia of Criminology and Criminal Justice, titled “History of Substance Abuse Treatment,” explains it this way: “During this time, alcoholism was once again reconceptualized as a disease and public health issue rather than a moral weakness. Professionals and members of society alike began to believe that alcoholism could be treated. This new belief in the merits of treatment opened the door for the allocation of funds for new research on addiction to be conducted by professionals in the medical, psychological, and social work ﬁelds.”

In 1935, two men established Alcoholics Anonymous, a 12 Step self-help organization that would establish a blueprint for alcoholism treatment that still exists today, the book points out: “The twelve-step program provides an out-line for the course of recovery that an alcoholic will follow as a member of A.A. (e.g., the member must admit that they have a problem and that they need help, put their faith in God, make amends, acknowledge that sobriety is a lifelong commitment). In this way, the focus was not on how or why the individual became an alcoholic. The focus has always been on how the individual will achieve sobriety, and the identity reconstruction that must occur for the individual to remain sober.”

This led to the development of a blueprint for drug and alcohol treatment, if you will, that became known as the Minnesota Model. According to a 1999 paper in the Journal of Addictive Diseases, “The Minnesota Model, also known as the abstinence model, of addiction treatment was created in a state mental hospital in the 1950s … the model spread first to a small not-for-profit organization called the Hazelden Foundation and then throughout the country. The key element of this novel approach to addiction treatment was the blending of professional and trained nonprofessional (recovering) staff around the principles of Alcoholics Anonymous (AA). There was an individualized treatment plan with active family involvement in a 28-day inpatient setting and participation in Alcoholics Anonymous both during and after treatment. The education of patients and family about the disease of addiction made this a busy program from morning to night, seven days a week.”

But does it work? More than a half-century later, repeated studies have demonstrated that, in the right hands and with the right combination of both traditional and evidence-based therapies, it does. A 2017 study published by Cambridge University Press found that of the model’s patients “who were contacted at 6-month follow-up, 81.5% had a ‘good outcome.’  … this study provides evidence of the potential for a Minnesota-based treatment programme to be effective in helping people with alcohol dependence to reduce the amount of alcohol they consume and sustain this reduction beyond the treatment period.”

So What Does Alcohol Rehab Consist Of? For Starters … 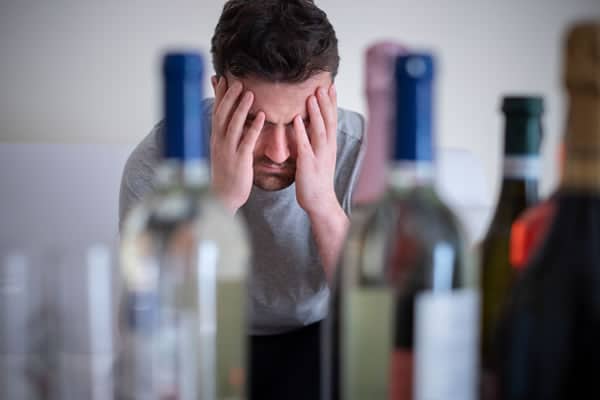 With that in mind, a general answer to the question of “What does alcohol rehab consist of?” is provided in the context of the Minnesota Model. And of course, the caveat is that you’ve found the right facility, determined that said facility accepts your insurance and has an available bed and have made the initial phone call to that facility’s Admissions department to get the process started.

By and large, your first stop upon arrival — once you’re admitted and you say your goodbyes to family, of course — is a unit where you’ll be assessed to determine your immediate needs. Yes, we depend on the information you provide during your phone screening as part of the Admissions process, but a more thorough, in-person screening once you’re on campus can help determine the best way to meet your treatment needs. That assessment process often takes place shortly before, or even after the initiation of, your placement in a facility’s medical detox program.

Why is detox necessary? As the National Institute on Drug Abuse (NIDA) points out, “Detoxification, the process by which the body clears itself of drugs, is designed to manage the acute and potentially dangerous physiological effects of stopping drug use … because it is often accompanied by unpleasant and potentially fatal side effects stemming from withdrawal, detoxification is often managed with medications administered by a physician in an inpatient or outpatient setting; therefore, it is referred to as ‘medically managed withdrawal.’”

While the NIDA discusses this part of the treatment process in terms of drugs, the same applies to alcohol rehab. After all, as Harvard Medical School points out, alcohol withdrawal can be just as difficult to endure as any other drug: “Alcohol withdrawal is the changes the body goes through when a person suddenly stops drinking after prolonged and heavy alcohol use. Symptoms include trembling (shakes), insomnia, anxiety, and other physical and mental symptoms.”

The detox process, according to the website WebMD, usually consists of:

Qualified facilities have an on-site medical department that manage your alcohol detox through the administration of comfort medications and around-the-clock monitoring by nursing staff. Detox can last roughly 3 to 5 days, depending on how much you’ve been drinking, at which point you’ll prepare for the next step: Transition into a residential treatment program.

What Does Alcohol Rehab Consist Of? The Nuts and Bolts 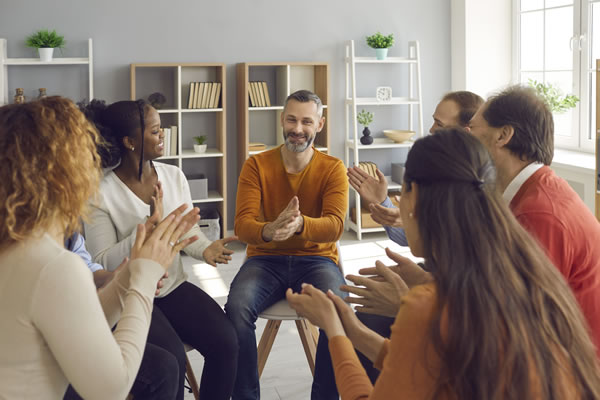 If you’re wondering “what does alcohol rehab consist of?,” it’s important to understand that there’s a big difference between abstinence — ceasing your alcohol use — and sobriety, which is the process by which you address the reasons you drank and continued to do so, even after drinking caused serious problems in your life. As Paula Helm points out in a 2019 paper in the journal Addiction Research and Theory, “While abstinence exclusively refers to the symptomatic dimension of the disease, sobriety goes deeper, also referring to its emotional and mental dimensions.” In other words: Abstinence is not drinking. Sobriety is change. Change is the goal of treatment.

So what does alcohol rehab consist of? Going back to the aforementioned Minnesota Model, many facilities employ recovering addicts and alcoholics as counselors therapeutic assistants, the idea being that, according to one particular 12 Step program, “the therapeutic value of one addict helping another is without parallel.” However, as the scientific and academic understanding of addiction and alcoholism have changed over the years, so too has the concept of the Minnesota Model. While the 12 Step approach of the Minnesota Model is still used to various degrees of effectiveness, it works best when employed alongside “treatment practices (that) are collectively called ‘evidence-based treatments,’ and can be broadly classified as pharmacotherapies and behavioral therapies,” according to Dr. Sylvina Raver.

Pharmacotherapy, also known as Medication Assisted Treatment, can include the use of naltrexone for alcoholism, “which blocks opioid receptors in the brain to interfere with the rewarding effects of drinking and reduces cravings for alcohol.” And evidence-based therapies can include, she continues:

The National Institute on Alcohol Abuse and Alcoholism (NIAAA) also mentions family therapy, because “Studies show that strong family support through family therapy increases the chances of maintaining abstinence (stopping drinking), compared with patients undergoing individual counseling”; and one-on-one or small group counseling sessions in which “the counselor provides information about the individual’s drinking pattern and potential risks. After receiving personalized feedback, the counselor will work with the client to set goals and provide ideas for helping to make a change.”

So what does alcohol rehab consist of? A lot of therapeutic work in a variety of different formats, from group therapy to peer facilitation, from educational lectures to Activity Therapy and Fitness Therapy, from aftercare planning to individual assignments that are drawn from therapeutic processes like Schema Therapy.

In many ways, it’s like a college semester compressed into a 30-day timeframe: not a lot of time, obviously, but not a single second is wasted in order to give those who need treatment the information they need to do more than just stop drinking.

Because ultimately, the ability to stay stopped is dependent on the revitalization of the individual — their emotional and mental states, their physical rehabilitation and their outlook on life through a prism of renewal.