Recent figures from the Centers for Disease Control revealed that a record number of Americans died from a suspected drug overdose in 2020, highlighting the need for effective and accessible overdose treatment.

But what does overdose treatment mean, in the conventional sense? Certainly, it’s a different type of “treatment” altogether from standard drug and alcohol treatment, which involves a therapeutic process designed to change habits and forge new lives. Overdose treatment is a need of immediacy, designed to reverse the effects of drug toxicity that has effectively shut down the user’s brain and body, a condition that often leads to death.

Overdose Treatment: What Is an Overdose?

To understand the biological mechanism of an overdose treatment, it’s important to first understand what an overdose actually entails. The average individual often thinks that an overdose happens because the victim takes “too much” of a particular drug, and while that’s technically true, the strength of certain synthetic opioids like fentanyl, which are often used to “cut” street drugs like heroin, means that it often only takes a miniscule amount to cause an overdose.

While an overdose can be caused by any number of drugs, the primary drug of concern are those known as opioids. According to the National Institute on Drug Abuse (NIDA), “Opioids are a class of drugs that include the illegal drug heroin, synthetic opioids such as fentanyl, and pain relievers available legally by prescription, such as oxycodone (OxyContin), hydrocodone (Vicodin), codeine, morphine, and many others.” The mechanism of action, the American Society of Anesthesiologists reports, works when “opioids attach to proteins called opioid receptors on nerve cells in the brain, spinal cord, gut, and other parts of the body. When this happens, the opioids block pain messages sent from the body through the spinal cord to the brain.”

However, while opioids have an effect on the brain’s nucleus accumbens, flooding the bloodstream with the hormone associated with pleasure (dopamine), they also act on other parts of the brain. According to the online magazine Vice, an opioid “works on the systems that control both sleep and breathing: At the base of your brain lies a respiratory control center that drives your breathing, reacting to the level of carbon dioxide and oxygen in your blood to spur you to breathe. During an overdose, the slowed breathing that occurs with opioid ingestion of any kind becomes dangerously slow, leading to a complete stop.

“Then your heart. Your heart rate slows as the opioid suppresses neurological signals. The oxygen level falls low enough that the heart starts having abnormal rhythms; the heart is not beating properly. At this point some overdose patients have sudden cardiac arrest.”

And then, Vice writer Maggie May Ethridge continues, “Things begin to shut down. Because there is an overwhelming amount of opioid in your brain, your body stops receiving the correct signals at all to breathe. Your lungs and heart are barely working.”

And not all overdoses are alike, according to an article in Live Science: In 2017, CDC researchers conducted a study of past-year drug users to collect anecdotal stories about the differences between heroin and fentanyl overdoses:

“When a person overdoses on heroin, he or she may take the drug and then proceed to carry on a conversation for a few moments, one respondent said. Then suddenly, that person stops talking and ‘you look over and realize that they’re overdosing,’ the respondent said.

“But with fentanyl, the same respondent said that the effect is immediate: ‘I would say you notice it [a fentanyl overdose] as soon as they are done [injecting the fentanyl]. They don’t even have time to pull the needle out [of their body] and they’re on the ground.’”

What Is an Overdose Treatment? 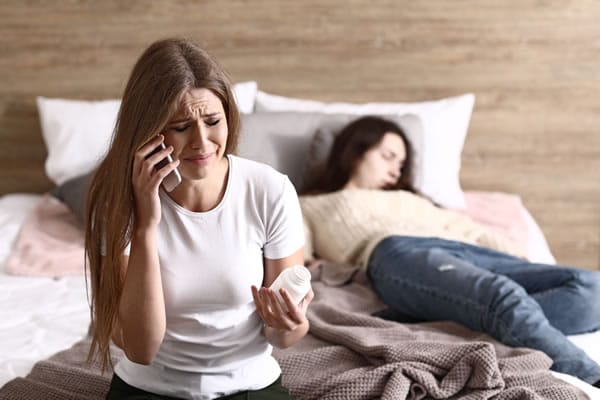 Before administering overdose treatment, know what to look for. According to Medline Plus, a division of the National Library of Medicine, signs of an opioid overdose include:

If, the writers continue, you suspect someone is overdosing, call 911 immediately, and if it’s available, administer a drug called naloxone, also known as Narcan. Naloxone, according to the NIDA, “is a medicine that rapidly reverses an opioid overdose. It is an opioid antagonist. This means that it attaches to opioid receptors and reverses and blocks the effects of other opioids. Naloxone can quickly restore normal breathing to a person if their breathing has slowed or stopped because of an opioid overdose.”

Basically, it boots opioids off of the opioid receptors and reverses the effects of an overdose, almost immediately. Although it can send opioid addicts into withdrawal, the NIDA points out that “this is uncomfortable without being life threatening. The risk that someone overdosing on opioids will have a serious adverse reaction to naloxone is far less than their risk of dying from overdose.”

More importantly, naloxone distribution programs have made the drug freely available to family members, caregivers, friends and even opioid users themselves, and the evidence is clear: They work, the NIDA points out:

Many places of business and health care facilities keep naloxone handy in the event of a life-threatening situation on their property, allowing anyone to administer naloxone as an overdose treatment in an emergency situation. Naloxone is available without a prescription in all 50 states, and many pharmacies can dispense it if requested.

For those who wish to be more discreet, there are a number of nonprofit programs that can help, including:

It’s important to keep in mind, Ethridge points out, that “sometimes overdose patients have to be given multiple treatments of Narcan, depending on the amount of opioids in their system.” And administration of naloxone as an overdose treatment isn’t as simple as reviving the victim and patting them on the back. As Medline Plus continues, it’s important to “try to keep the person awake and breathing; lay the person on their side to prevent choking; (and) stay with the person until emergency workers arrive.”

What Happens After Overdose Treatment? 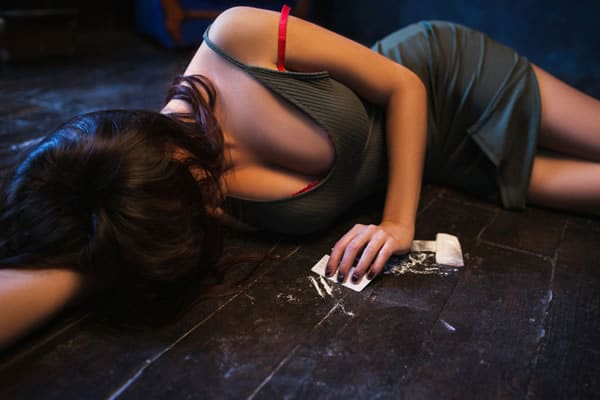 Those who manage to survive an overdose than to proper overdose treatment have another chance, and while they may not see it that way at first, Ethridge paints a grim picture of what happens to those who succumb to one: “You foam at the mouth, or choke. Sometimes opioid overdose can include pulmonary edema (fluid leak into the airspaces of the lung) … this manifests as foam coming out of your mouth. It is not uncommon for opioid overdose patients to experience aspiration. This is when your body’s natural gag response is suppressed or eliminated by the opioid’s effects on the respiratory control center of the brain. As you become increasingly less conscious, the natural secretions in the back of the throat are not ejected or swallowed. Opioid patients who vomit can also aspirate their vomit and die.”

And finally: Your brain can become permanently damaged. According to WOSU-FM public radio, “Lack of oxygen during an overdose could lead to problems in decision-making, memory or motor skills. (Researcher Matthew) McMurray says cognitive changes can cause depression, anxiety or other disorders. “’That may have some consequences on their brain that makes treatment of addiction more challenging or makes that individual more likely to relapse,’ McMurray says.”

While a great many organizations are working to pair intervention efforts with overdose treatment, so that those who are revived after an overdose event can at least receive the information they may choose to employ in order to get help, resources are still scarce in many areas of the country. Overdose treatment is just that — a way to stop an individual from dying, but unless proper drug and alcohol treatment is administered, it’s only a temporary respite, and for addicts who don’t get help for a drug problem, it may mean it saves their lives onto to allow them to overdose another day.

There are statistics to back that up: In May 2020, researchers from the Perelman School of Medicine at the University of Pennsylvania published a study in the journal JAMA Network Open that found “the majority of commercially insured patients who visited the emergency department (ED) for an opioid overdose didn’t receive the timely follow-up care known to help prevent a future overdose or death … of nearly 6,500 patients treated in EDs nationwide for an overdose or other opioid-related medical complications, only 16 percent accessed opioid use disorder (OUD) medications or another form of treatment within three months of the ED visit.”

For those who carry and administer naloxone, having that information handy is just as crucial. Overdose treatment is just the first step toward getting an individual who struggles with an addiction to opioids the help he or she needs — to stop using, find a new way to live and avoid a life-changing tragedy that’s become far too common these days.