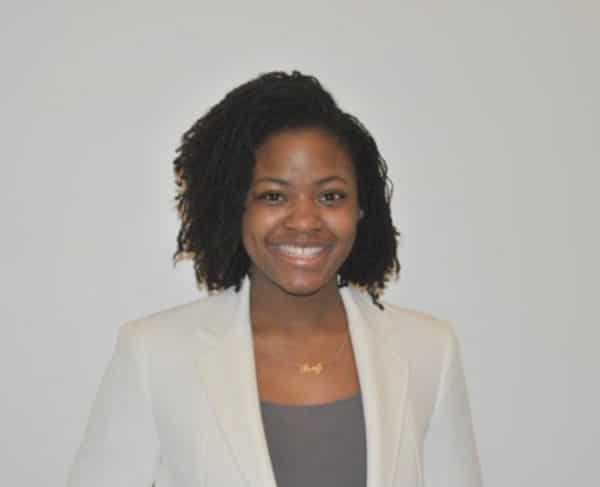 To be fair, Jade had applied for a position that was no longer available. A recent graduate of the University of Tennessee with a degree in child and family studies and a minor in psychology, she had accepted a full-time job at Peninsula Hospital when Anne called to let her know that while there weren’t any full-time openings, there were a couple of part-time ones Jade might be interested in.

“I told her, ‘No thank you, I’m not really looking for part-time,’ but she told me, ‘Just come in and see what we have to offer,’” Jade recalls. “So I went in and interviewed, and I absolutely loved what she had to offer. And ever since, I’ve found my love and passion here in the substance abuse treatment field.”

Originally from Murfreesboro, Jade’s mother was a pharmacist, and her stepfather worked as a truck driver. Growing up, addiction wasn’t a topic that got a lot of dinner table discussion around the Abbott dinner table, which means she came to Cornerstone with something of a clean slate.

“I never really had a formed opinion on what an addict was or who they were, and I actually appreciate that I didn’t have that foundation, because I didn’t need to take time to relearn my thinking,” she says. “I know plenty of people (who get into this field) have to rewire their thinking when they learn that addiction is a disease and not a choice, whereas I was able to lay a new foundation.”

She went to Georgetown College on a track scholarship for her freshman year, but damage to her knees sidelined her running career, and two days before classes started for her sophomore year, she transferred to UT, where her sister and best friend were in attendance. It wasn’t until her senior year that psychology grabbed her interest, and she crammed an entire minor’s worth of learning into a single semester. 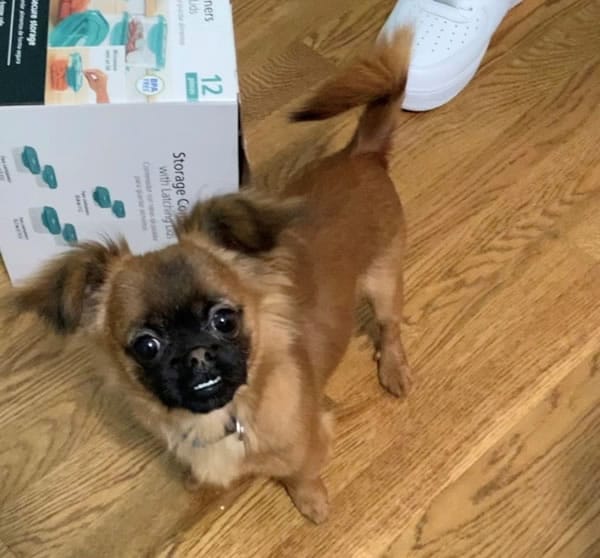 Meet Nemo! Originally billed as a "Maltese/Yorkie mix," she suspects he's anything but.

Still, she never considered substance abuse treatment as a calling … until she began as a part-time Family Fundamentals counselor in December 2018. From the beginning, working at Cornerstone of Recovery has been a learning experience. At first, she assumed that the family members she’d be working with on Family Fundamentals weekends would include spouses and children, but she quickly realized that many of those in attendance were older parents of young and middle-aged adults who were desperate for an understanding about addiction.

“The biggest learning curve for me was being able to be a learner when I didn’t relate to something,” she says. “I feel like a lot of times it’s easy to be a teacher when you can relate to what somebody is going through, but you also have to be able to be a learner when you have no idea what that person is going through. Sometimes, I can’t relate to some of the stories I hear, so that’s not a teaching moment for them … but it can be a learning moment for me.”

Now, as an evaluation coordinator in Cornerstone’s Assessment and Orientation unit, she’s found her calling ... and not only does she know the 12 Steps, she seems them put into action on a daily basis.

“I think that detox is my place, my zone, because not only do I see them in their rawest and most broken moments, I also get to see (co-workers) with 15 or 20 years clean who can absolutely relate to the person who just walked in the door,” she says. “I get to be that face that tries to keep them at our facility when everything in their mind is telling them to leave. After Reception and Admissions, I’m often the first face they see at Cornerstone.

“A lot of times, I help admit them, and then I’ll see them on and off for three to five days … but every so often, 30 or 45 days later, they’ll want me to come to their coin-out. And that means so much to me.”

And that, she said, is what’s inspiring about the work that she does with Cornerstone: seeing those individuals dig deep and find the inner resources of their innate humanity that allows them to transcend addiction. It’s a reward she believes will inform the career path that’s still unfolding before her. When she’s not at Cornerstone, she enjoys spending time with her boyfriend, D, and her dog, Nemo. She also likes “to work out and take naps,” and she’s an active volunteer: she does “tuck-in calls” for a hospice care center in Texas, taking stock of the needs of incoming clients and, right now, screening them for COVID-19. And then on Tuesday evenings, she mentors a group of middle and high school students via Zoom. Eventually, she said, she wants to further her education.

“I ultimately want to do research and work with kids or adolescents battling substance abuse,” she says. “A lot of times, when we’re doing their (A&O questionnaires), we’ll ask them at what age they first started using. A lot of them tell us they started at 9, or at 12, or at 13, and I want to work in intervention when they’re at those ages, so they don’t become adults battling those same consequences like the patients we see now coming into Cornerstone.”

I ask five questions, with no premeditation or forethought put into what they’ll be. Jade answers in the same manner.

QUESTION: Freud? Jung? Who’s your favorite psychologist? ANSWER: “Vygotsky! Because he talks more about the younger kids and their development through those stages.”

Q: What was the last movie you saw before theater closed for the coronavirus? A: “‘Bad Boys for Life!’ It was my second time seeing it, and it was great.”

Q: What’s your workout routine like? A: “Definitely cardio. I’m a runner up the hill, but I run on the grass, barefooted, because of those knee problems. And I also do glutes and abs.”

Q: What’s your favorite restaurant for a date with D? A: “Melting Pot!”

Q: What’s your favorite time of day at Cornerstone? A: “I would say leaving time, around 5 — but only because when I leave, between 5 and 6, that’s when all the guys are outside playing cornhole, and I usually have a good conversation with them before I head out. Most of the time, the only conversation I have with patients is with people in Detox, and they’re just so funny to me.”