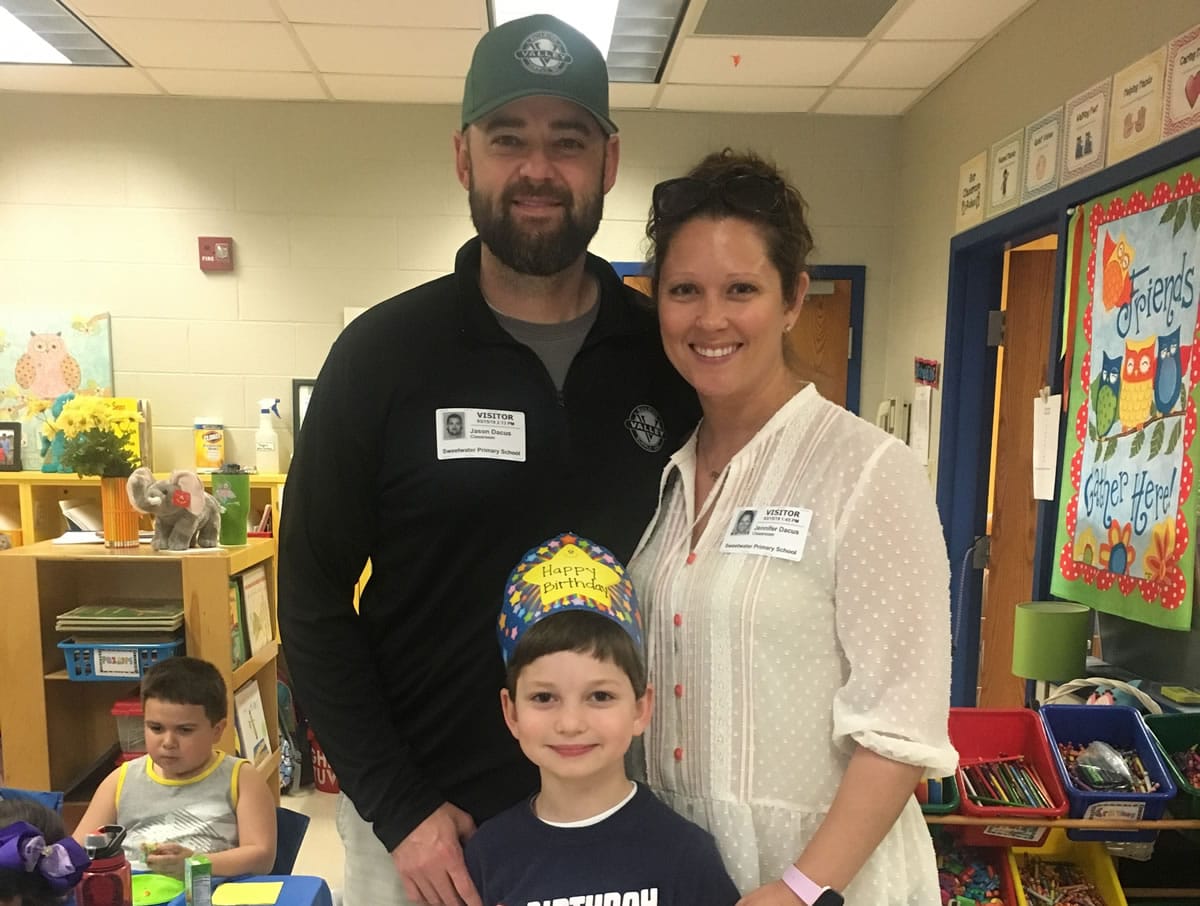 Cornerstone of Recovery Human Resources Director Jennifer Dacus (right) with her husband, Jason, and Hudson, one of her four sons.

It seems like a lifetime ago that Jennifer Dacus, Director of Human Resources at Cornerstone of Recovery, started spending her Friday afternoons shredding paper.

Back then, her last name was Amburgey. Cornerstone had only occupied a new 46-bed facility on Topside Road in Blount County’s Louisville community for a year (a facility that’s now home to Cornerstone’s sister program, Stepping Stone to Recovery). She was in her senior year at East Tennessee State University, and her uncle was the marketing director of the facility at the time. She needed a job, and he recommended her for a clerk position in the business office.

“I went to school Monday through Thursday, then would come down on Fridays and work doing whatever they needed help doing — mostly filing and shredding papers,” Dacus says. “I was coming down on the weekends to see friends and I had been coming to Cornerstone to see (her uncle) since I was young, and he said, ‘We’ll get you a job doing something.’ I remember I literally shredded papers in the office all day, one right after another, until I burnt the machine up and it died, because they’re not made to run like that!”

That was in 2004, and on June 18, 17 years after she started out as an assistant, she’ll leave Cornerstone for good. It’s an amicable parting, but a necessary one: She’s the mother of four boys — Nolan, 12; Landon, 11; Hudson, 8; and Greyson, 6. Her husband, Jason, and his family own Valley Building Supply in Sweetwater, and after some recent time off at home she came to a realization.

“I feel like the boys need me more now than they did when they were babies,” she says. “They’re getting older, and with school functions, sports and everything else they have going on, I don’t want to miss any of it. I want to be closer to them and be able to just run down the road for school programs without missing half-day of work.”

Seventeen years is a long time to dedicate to any company, but when you consider just how much Cornerstone has changed during that time, and the work Jennifer had to put in to make Human Resources an arm of the company, her dedication is even more impressive. In the beginning, she says, the company was still struggling to keep up with the growth that had far outpaced its humble origins, when founder Bill Hood started the drug and alcohol treatment center with 18 beds and 22 staff members.

Building HR from the ground up 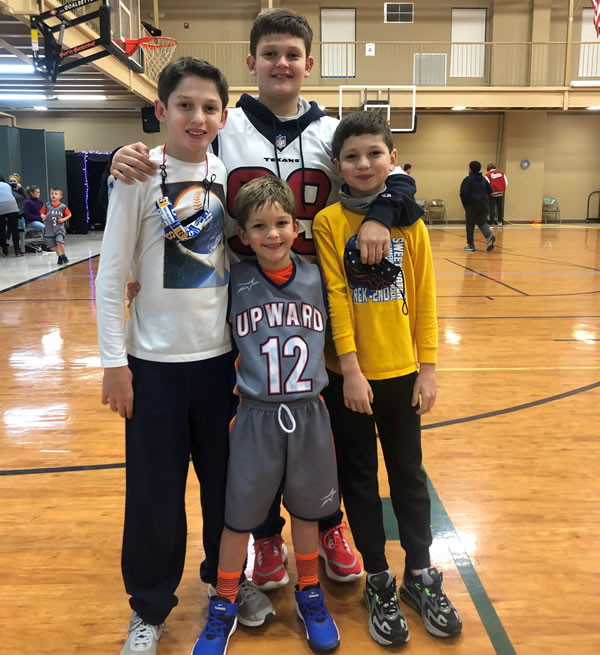 “Not long after I started, (the CFO) started giving me HR stuff to do  — insurance paperwork, PTO spreadsheets — because there was no HR department,” she says. “It was very decentralized, and managers just kept employee files on their own, in their offices. We would have people come to the business office and say, ‘I didn’t get my paycheck,’ and we would be like, ‘Who are you?’ Because the managers would hire people and start working them and not think about getting something like a W-4.

“There were no standardized new-hire forms they had to sign, so we started trying to centralize that process and get managers to realize that they had to run new employees and personnel files through our office.”

Dacus literally had to build an HR department from the ground up, and it was a Herculean task at first. Fortunately, former HR administrator Michele Gamble stepped in to help.

“She knew I was drowning, and she said, ‘I think I can help you,’” Jennifer says. “She would work in housekeeping during the day, then come to me in the afternoons and help with filing and whatever we needed. We both had to learn as we go, because at the time I didn’t know a lot about Human Resources. They don’t teach you all of that in school — I think I had one HR class! And it’s always evolving, because the laws and regulations change all the time. You think you learn something, and then they change it the next year, so it’s constantly keeping up with those changes.”

But she did it, and she now leads an entire department, in addition to serving on Cornerstone’s Leadership Team. And she’ll continue to do so, for another two weeks at least. Like so many Cornerstone employees who aren’t in recovery, her worldview has been shaped by her experiences here — “so many people just don’t understand what these patients go through,” she adds — and being a part of the facility’s mission has been an honor, she says.

So much has changed, especially when the company moved to its current, four-facility location in 2017, and keeping up with Human Resources needs and requirements for 250 employees is still a big task. She’s not getting out of HR entirely — she’ll be helping with the family business as well when her time as a mom allows it, she adds — but it’s not the job she’ll miss the most.

“I love this place,” she says. “I believe in this place and what we do, the types of people we hire to work here, and the help we provide to our patients. I love the environment, and I love the mission. I have made lifelong friends here and I will miss seeing them every day.

“I’ve spent most of my adult life here and saying goodbye is bittersweet — I had just begun dating my husband when I started working here, and some of these people I’ve been working with since my mid-20s. Leaving is hard, but I want them to keep doing what we do best. And I know they will.”