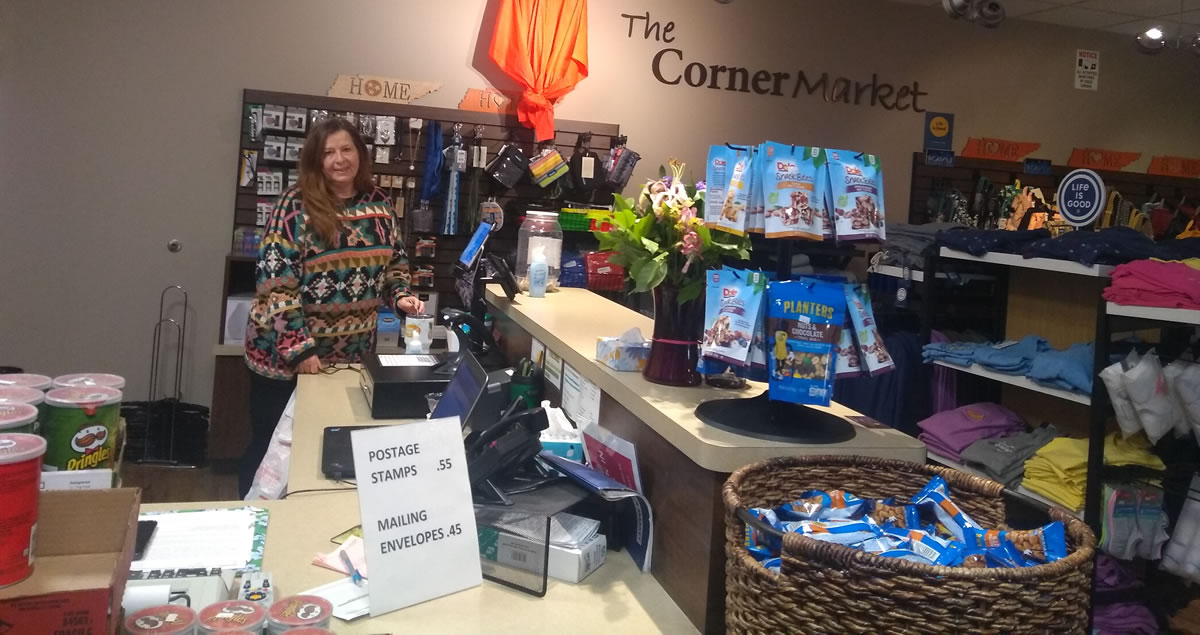 EDITOR'S NOTE: "Meet the Family" is an ongoing series designed to introduce you to the people who make the magic happen at Cornerstone of Recovery. We're a big company, and with more than 250 employees, we go days and weeks before we learn one another's names and stories — to say nothing of those who come to us for help. Addiction treatment, however, is a calling, and those who come to work at Cornerstone do so for more than just a paycheck. Donna is one of those people. 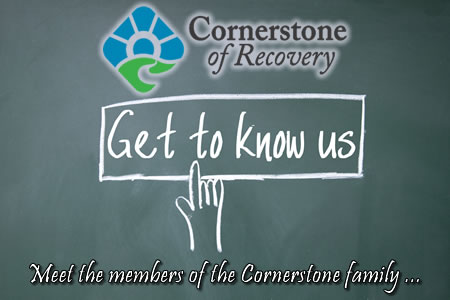 There’s a maternal warmth to Donna Stewart that brightens the eyes and elicits smiles from the patients who make their comfort purchases at The Corner Market.

“How are you guys doing?” she asks a couple of men on a Wednesday morning. Not so great, they tell her; although nursing registered their temperatures in the normal range, they’re feeling under the weather.

“Oh, no!” she says, ringing up their sodas. “Have you tried the Vitamin Water? I know several people who have said it helps them.”

They thank her and add a couple of bottles to their total, and as they bid her goodbye, she imparts some motherly advice: “Be sure and wash your hands!”

For 25 years, Donna has been a part of the Cornerstone family, and to her, there’s really no other way to describe it. Sure, it’s a company, and her coworkers are her fellow employees, but ever since she joined the team in 1995, the Cornerstone culture has felt more like kinship than anything else.

“That’s the first thing that comes to mind, is family,” she says. “We were still a small company when I first started, but you knew everybody, and everybody knew you. They watched my kids grow up, and I was there through the growing process — the ups and downs, the good things and the bad things. And we’ve been a family all the way through.”

Back in ’95, Donna was on a community softball team with some Cornerstone employees. They told her of an opening in the business office, and she came to work as an insurance collector. Like the vast majority of people, addiction had touched her family in a personal way, but working in the drug and alcohol treatment field, she came to a better understanding of it.

And along the way, she found a place for her literal family: Her mother, Wanda Borden — affectionately known as “Mimi” — joined her on staff for 13 years.

“The business office manager and I needed some help with all of the filing, so she got her mom, and I got my mom, and they came to work to help us,” Donna says. “It just progressed on as far as her staying here and becoming a big part of Cornerstone. I had worked with her before at a retail store, so we knew what it was like to work together.

“When we were here, we were coworkers, but when we went home, we were mom and daughter. I actually felt really blessed, because I was able to spend every day with my mom, riding to work together and then working together. We had a great bond, and we became closer than just mother and daughter.” 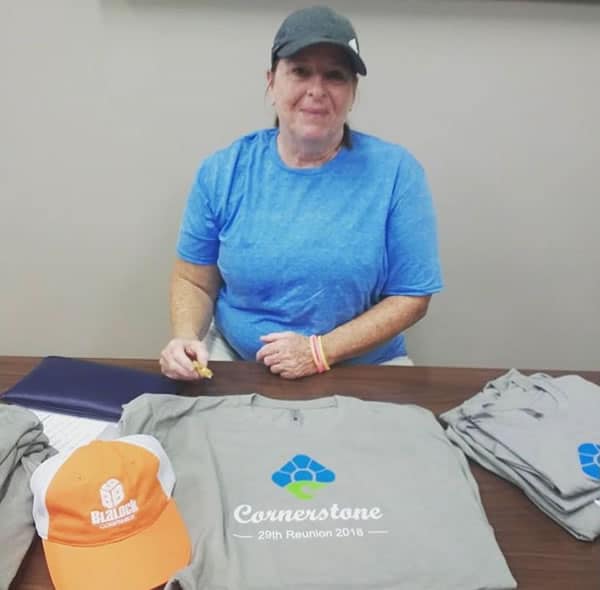 Over the past quarter-century, Donna has served as a purchaser and then manager of the business office. Her children have grown up and had children themselves — she’s the grandmother of seven, including an active 13-year-old and 16-year-old whose sporting events Donna attends regularly.

When Cornerstone moved to 4726 Airport Highway, she was named manager of The Corner Market, and most days, you can find her behind the register, where her kindness and empathy helps make Cornerstone so much more than just another drug rehab.

“I used to interact with patients a lot, if their insurance denied coverage and they needed to set up payments,” she said. “Here, I’m kind of like the behind-the-scenes type of girl, but I try to be a very positive person, and they do open up to me in a way. I want to encourage them and be that person for them — a listener, someone who gives them positive affirmation.

“That’s probably the No. 1 thing,” she adds. “I like ordering supplies, and I love seeing the patients come down, especially the women. A lot of them say, ‘I may not buy anything, but I like to look and see what you’ve got!’ And that feels good.”

Interaction is one thing. A bond is something else entirely, and it’s not unreasonable to think that the culture of Cornerstone, built on a vision by founder Bill Hood and carried forth by so many who believe in it still, is what fosters those ties — between those of us who work here, and everyone who continues the mission of service to patients who come to us to find a new way to live.

“What I still love about it is that it feels like family,” Donna says. “I feel like if there’s anything that I need, whether it’s talking to someone or whatever it may be, I have family here I can go to. No matter what time of the day, there’s always someone who will be here for me.”

I ask five questions, with no premeditation or forethought put into what they’ll be. Donna answers in the same manner.

QUESTION: What’s the strangest product a patient has inquired about? ANSWER: “Condoms!” (Follow-up: Was the person messing with you???) A: “No, I don’t think so, because it embarrassed me, and I was like, ‘Are you serious?’ And they said yes!”

Q: Who of Cornerstone’s “old guard,” former employees and fellow family members, do you miss the most? A: “Miss Polly (Polly Bales). We shared a lot together. I remember one time we had taken her to an eye appointment in Atlanta and went to see the Braves. They were playing in the World Series (that year), and that is something I will never forget. We did a lot together — I would take her up to Pigeon Forge, and she liked to go to the Alabama Theatre. She was just a big inspiration.”

Q: You’re on the committee that plans the annual Christmas party, held for the past several years at Dollywood. What’s the biggest challenge of that job? A: “how to make sure that everyone is accounted for and planning for everyone who wants to go. For the meals, we have to know exactly how many in advance. It’s not like we can give them a number and be like, ‘OK, we’re set to go!’ It’s weeks of making sure everybody knows to sign up, to do a pre-count, and that’s probably the hardest.”

Q: When you stop by a convenience store, do you compare it to The Corner Market? A: “All the time! How did you know?!? Somebody said something about the price of an item the other day, and I told them right away, ‘Well, it’s a penny cheaper than the Dollar Store!’”