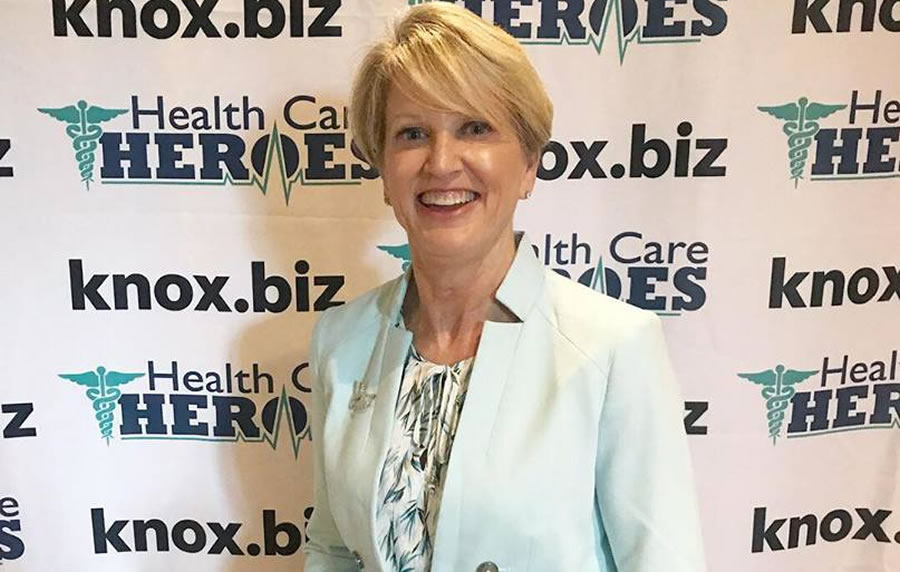 For Karen Pershing and her team at the Metro Drug Commission, the problem, to paraphrase a particular 12 Step recovery program, isn’t a specific substance: It’s the disease of addiction.

Given the media’s attention to buzzworthy topics like the ongoing opioid epidemic, Pershing said recently, maintaining focus on the disease can sometimes be a challenge, but MDC, based in Knoxville, Tenn., is doing all it can to rise to the occasion.

“We have mechanisms in place now where we’re tracking data and can give real-time data that we weren’t able to track before — for example, overdose deaths,” Pershing said. “We’re hearing about those a lot more quickly than we used to. Hospitalizations, people who are overdosing, overdoses being reversed — a lot more media attention is being paid to this, and we look at this as a good thing and an opportunity for the whole country to really be educated on substance use disorders.

Pershing spent the first 12 years of her life in the Grand Rapids area of Michigan, and after her parents divorced, she moved with her mother and step-father to East Tennessee. Even back then, she said, addiction was already affecting her life.

“I had some close family members who were alcoholics, and I saw that growing up and the impact that it had, on not only the individuals but on those families,” she said. “I never really understood the disease at all at that age; I just knew that they were two different people when they were drinking vs. when they weren’t. I really had a heightened sense of awareness of it, even at a young age.”

As an employee of the Tennessee Department of Health in the early 1990s, she oversaw SADD chapters (Students Against Driving Drunk in high schools, Students Against Doing Drugs in middle schools) in the area, and while the focus was on prevention more so than treatment, it was a defining moment of her career in the mental health field. As federal dollars for those initiatives dried up, however, she moved over to immunization outreach, eventually transitioning to United Way of Greater Knoxville.

“I was doing community assessment planning work for them, but when this position at Metro Drug Coalition was posted, I looked back with fond memories on those years of working with MDC when I was at the health department doing SADD,” she said. “I wanted to try to get to the next level in my career, of course, but I look back on those three years doing SADD as a real turning point for me personally and professionally. I stretched myself in ways I never thought I would.” 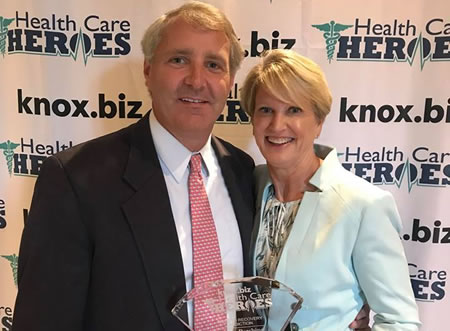 A nonprofit organization established more than three decades ago by the City of Knoxville and Knox County to address community substance abuse issues, the mission of Metro Drug Coalition is “to improve the health of the greater Knoxville community by reducing the use of alcohol and drugs through policy, systems and environment change,” according to its website. In her role, Pershing “works with local and state policymakers to advocate for laws that help prevent substance abuse and its consequences.” In recent years, she’s targeted prescription drug abuse prevention and Neonatal Abstinence Syndrome by expanding access to treatment for addicted pregnant women, and under her watch, the Knox County Prescription Drug Abuse Task Force was started and has since been used as a benchmark program by the state Department of Health and Department of Mental Health and Substance Abuse Services.

“I think our mission has stayed the same — to prevent all substance misuse. Alcohol, tobacco, marijuana — it doesn’t matter what the substance is, because all the substances and the misuse of those can affect our overall health and well-being, whether they’re legal or illegal,” she said. “MDC’s mission hasn’t really shifted during the time that I’ve been here, but the substances and the prevalence of the substances of abuse and misuse have shifted, and that’s where we’ve had to adapt to that shift, to form new partnerships that we didn’t traditionally have.”

To meet the growing threat of the opioid epidemic, MDC has made inroads into the health care community, working with physicians, pharmacists and nurses to educate providers as well as to meet their needs for navigating a complex web of new regulations governing the prescribing of narcotics.

“We want to understand the problem from their perspective, to help inform what we need to do to move upstream of the issue and prevent the misuse before it starts,” she said. “It’s really been a change in who’s at the table now vs. who’s at the table in 2010, but in working on these particular issues right now, I keep trying to shift the conversation back to all substance use disorders.

“Yes, we need to work on the prescription drug opioid problem, but we’ve got other issues too, and this has been a great opportunity to talk about the disease and how can we shift the way we treat individuals with this disease from an acute care model to a chronic disease model.” 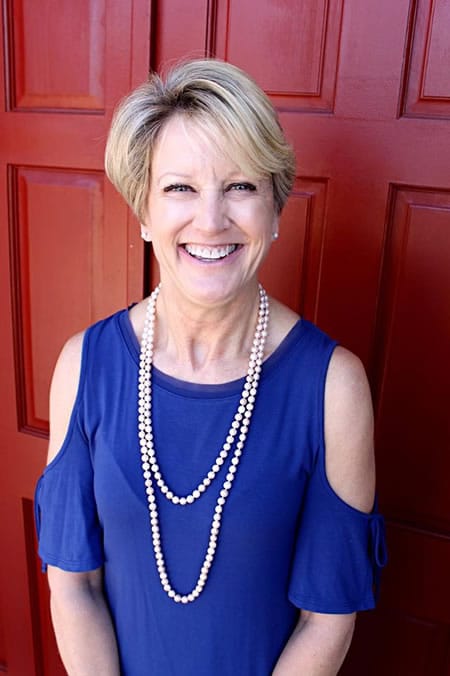 Treating a chronic illness with an acute paradigm leads to higher rates of relapse, she pointed out, and short-term solutions don’t make for long-term recovery. While there are a number of issues on the table and no definitive solutions, taking a multi-faceted approach can only be beneficial in the long run, she said

“There are a lot of good conversations going on right now as a result of the data and information being out there in the public, and that allows us to have good conversations, especially with policy makers,” she said. “It’s taken them a long time to realize we have this opioid problem, and now they want to do something about it, which is great, but we’ve got to focus on getting them politically to shift thinking of a single substance and on to the bigger picture. That can be a little more challenging because they’re trying to frame what they’re doing as, ‘This is urgent,’ which is good, but they’re trying to get elected, and they want to do something now about a problem that they perceive as high on the public’s radar screen.”

Other problems may not meet the threshold of the opioid crisis, but they’re no less devastating. Currently, Pershing pointed out, 14 million Americans meet the definition of having an alcohol use disorder, but because it often takes years of excessive use to lead to serious health complications, it’s often pushed to the bottom of the public’s priority list.

“For your average person who abuses alcohol, it may be 30 or 40 years of excessive use before they die of a complication of that disease, whereas with opioids or methamphetamine, we’re seeing those deaths more quickly,” she said.

For the average East Tennessean, MDC offers a number of avenues for involvement. There’s a “Get Involved” button on the organization’s website, for example, and ample opportunities “where you can get your hands dirty,” Pershing said. And while there are a number of conversations that need to be had, Pershing hopes that prevention is one that’s elevated to a place of prominence.

“The focus right now is on treatment, and of course once people have a substance use disorder, we want them to have adequate access to treatment,” she said. “But we’ve also got to do whatever we can to keep people from going down that path to begin with, and a lot of that starts in adolescence. People need to understand that if we don’t invest in primary prevention, we’re never going to have enough resources to pull people out of this disease and help them manage it once they have it.”