Star Wars and addiction recovery may seem like random, completely unrelated topics, at least on the surface.

After all, the former is a massively popular film franchise that’s become part of the pop culture zeitgeist over the last 50 years, spawning endless sequels, television series, animated shows, toys, games and conventions. May 4 is actually celebrated as Star Wars Day, a riff on the franchise’s catchphrase “May the Force be with you.” (“May the Fourth be with you” — get it?)

Recovery from drugs and alcohol is as serious as Star Wars is fun, and to those to whom recovery is a matter of life and death, comparing it to something lifted from popular culture may even be offensive. After all, what sort of parallels could there possible be between Star Wars and addiction recovery? How does comparison not cheapen or make light of the latter?

Actually … there may be more to the relationship than you might think. As they say in the rooms of recovery: More will be revealed, so let’s take a look.

Star Wars and addiction recovery: It’s all about Yoda 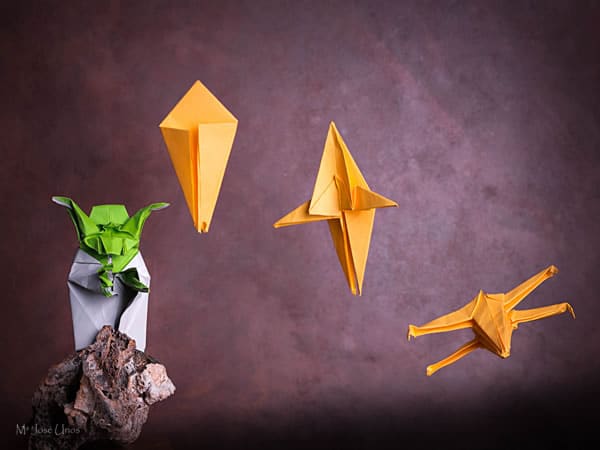 As novel as the concept of interconnectedness between Star Wars and addiction recovery might seem, it’s not unique to this particular blog. One writer, on a blog post for the nonprofit organization Catholic in Recovery, noted that “there are certainly many themes that can be related to spiritual principles throughout the Star Wars saga, namely the ideas of good and evil, ‘the force,’ and thwarting the efforts of the dark side. As I was watching the development of Luke Skywalker, especially his interactions with the convoluted-speaking Yoda, a Jedi Master, I couldn’t help but relate it to the spiritual training I received (and continue to receive) through my recovery from alcoholism and drug addiction.”

He's not the only recovering addict or alcoholic to notice parallels between the wisdom of Yoda and the teachings of our predecessors in 12 Step recovery programs. A recovering individual known as Sober Tony, who maintains the website Daily Recovery Club, posited back in 2017 that “Yoda would be an epic AA (Alcoholics Anonymous) sponsor” and back in 2011, blogger Rick Strandlof, on his personal recovery blog “Sometimes Quickly, Sometimes Slowly,” even went so far as to select choice quotes by the small green Jedi to expound upon each of the 12 Steps.

(Example: For Step One, which states “We admitted we were powerless over alcohol and that our lives had become unmanageable,” Strandlof writes, “Yoda might tell us that we ... ‘must unlearn what you have learned … for, once you start down the dark path, forever will it dominate your destiny, consume you it will.’”)

It seems that Yoda is, in the minds of many who find joy in Star Wars, the living embodiment (albeit fictional) of the 12 Steps of recovery. Maybe it’s his delivery, in that arcane verb-before-subject speaking pattern, that makes him sound so wise, or perhaps it’s the fact that Star Wars, and therefore Yoda, is so ingrained in our subconscious through decades of pop culture inundation. Regardless of the reason, he — and by extension the Star Wars universe — has become a touchstone for some individuals in recovery who find his witticisms and colloquialisms inspiring.

Case in point: Sarah Bowen, writing in 2019 for the website The Mighty: In attempting to navigate what Step Three (“Made a decision to turn our will and our lives over to the care of God as we understood Him”), she stopped focusing on the word “God” and instead went back to the idea in Step Two that a power greater than ourselves — a Higher Power — didn’t necessarily have to fit the Judeo-Christian framework that so many of us associate with it:

“I just needed to understand there was a Force working in the world and it wasn’t me alone. The seeker’s path started to unfold in front of me, step by small step. The Force showed up everywhere. Of course, it had other names: Tao, Prana, Qi, Spirit, or simply Energy. Diving into the narratives of the world’s spiritual traditions, I saw the origins of my favorite movie’s mythology, uncovering insights that would help me start kicking my addiction.” 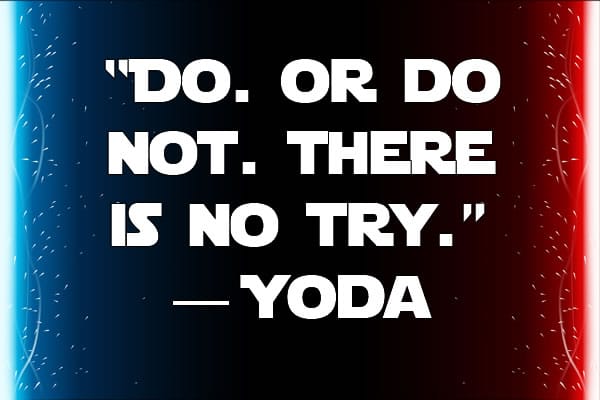 While Star Wars as a franchise has become inextricably intertwined with popular culture, the character of Yoda holds a special place in the hearts of those who only have a passing familiarity with that galaxy far, far away. While Star Wars and addiction recovery are linked through his wisdom, Matthew Rudoy, a teacher writing for The Dark Side of the Force, explains how the Jedi Master’s reach extends far beyond celluloid: “Yoda’s wisdom has a positive influence on key characters and defining moments of the saga, but his wisdom also has a real-world value that everyone can learn from. His wise words are frequently quoted in the context of popular culture and are so iconic that they are often quoted in other contexts as well.”

From his first introduction in “The Empire Strikes Back,” he begins teaching the series’ protagonist, Luke Skywalker, even before Skywalker realizes who he is. As Luke’s training begins in earnest, the film is filled with one-liners and nuggets of insight that translate easily to addiction recovery. One of the most powerful scenes in the film takes place when Luke’s spaceship, an X-Wing fighter, has sunken into the watery swamps of Yoda’s home planet, Dagobah. Luke attempts to use the Force to lift it from the muck but is unable; discouraged, he gives up, only to have Yoda tell him:

“Always with you what cannot be done. Hear you nothing that I say? You must unlearn what you have learned.”

How often do those of us in recovery use the word “try” when it comes to the program? “I’ll try to hit a meeting tonight.” “I’ll try to call my sponsor today. I’ll try to write on my Fourth Step after work.” Sometimes, it seems we do a lot of trying, but very little doing — and by using words like “try,” we’re giving ourselves an out. As the meeting time approaches, we tell ourselves, “Well, I can’t make it tonight,” when the truth is: We choose not to make it.

We haven’t tried and failed: We’ve made a choice, and sometimes, to borrow a phrase from another pop culture water-cooler film, we choose poorly. Yoda may be a fictional character, but since his first appearance more than four decades ago, he’s been sharing the same sort of insight and wisdom that we hear coming from the mouths of our predecessors in the rooms of recovery. And in that sense, it’s not a stretch to say that there is a spirituality to the fictional ways of the Force that can offer guidance to those who are seeking their own spiritual paths in a 12 Step program.

In other words, Star Wars and addiction recovery might go hand-in-hand more than you might think. Bowen, perhaps, puts it best: “As Yoda said, ‘In a dark place we find ourselves, and a little more knowledge lights our way.’ If your drinking, smoking, eating, gambling, shopping, or sexing is bringing you more trouble than joy, seeking knowledge in ancient wisdom or pop culture inspiration is a worthy adventure.”