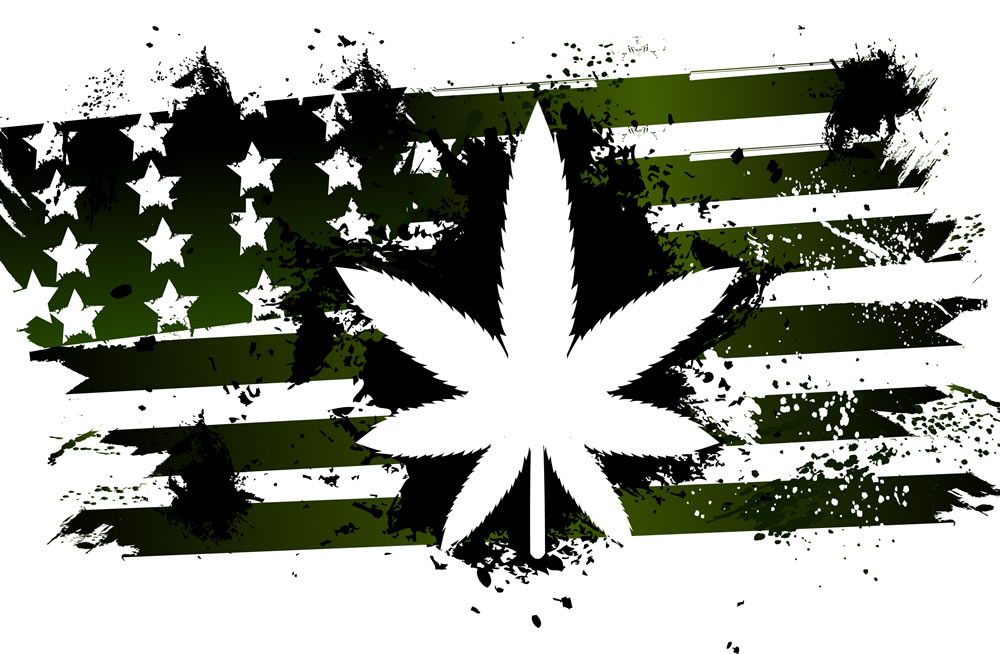 When it comes to weed, we’re in uncharted territory.

Ben Cort knows a lot about marijuana — or, more specifically, THC (tetrahydrocannabinol), the psychoactive compound that provides users with the high associated with it. Back in his using days (he’s been clean and sober since June 15, 1996), he smoked more than his fair share of it, and as a recovery consultant and activist, he was on the front lines in the fight against Amendment 64, the Colorado constitutional measure that legalized weed in the Centennial State.

On Nov. 6, 2012, he found himself as surprised as anyone that Colorado voters approved Amendment 64 by a vote of 55.3 to 44.7 percent. Chances are good, however, the many of those who voted for legalization weren’t as intimately familiar with the provisions of the amendment as Cort was.

“I think a lot of voters were thinking of the novelty of it,” says Cort, who recently stopped by Cornerstone of Recovery. “For me, I was like everybody else in my generation. I literally owned a Cypress Hill ‘Legalize It’ shirt with the leaf on the back. When I first heard about it, I thought, ‘Who cares?’ But then a friend challenged me to read through the entire ballot initiative.

“As I first read through it, the first thing that caught my attention was the definition: ‘all parts of the plant of the genus cannabis whether growing or not, the seeds thereof, the resin extracted from any part of the plant, and every compound, manufacture, salt, derivative, mixture, or preparation of the plant, its seeds, or its resin, including marijuana concentrate,’” Cort points out. “OK, what’s a concentrate? It allowed for protections for an industry and a mandate on how we accept stores, how quickly they set up stores, things like that, and that’s why I got involved. Forget about the weed part of it; I’ve always had beef with how big business targets us.” 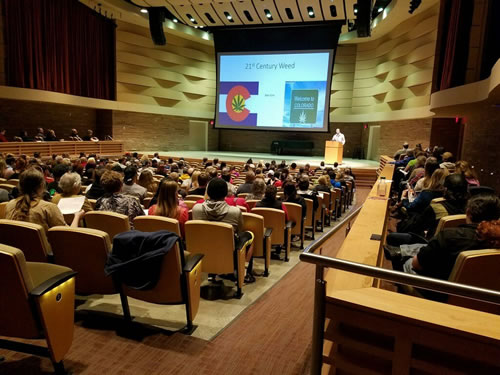 And make no mistake: It’s not just a big business in Colorado; it’s a behemoth. According to Colorado Public Radio, “the state's Marijuana Enforcement Division has licensed 509 stores, 720 cultivations, 279 product manufacturers, 12 testing facilities, and 10 transporters as of January of this year. The department has also issued 25,644 support occupational licensees, 11,660 key occupational licensees, and 1,616 business owners (otherwise known as the employee numbers for the industry). On the medical side: 505 centers, 752 cultivations, 252 infused product manufactures, 5 operators, 12 testing facilities and 8 transporters.” Sales grew from $699 million in 2014, the year legalization began, to $1.49 billion in 2017. And while market saturation means that the novelty has worn off as more customers take advantage of that legality, 2018 sales are expected to grow by roughly 10 percent, according to the financial website The Motley Fool.

And as the laws of economics dictate, as the demand has grown, the supply has diversified. The casual smokers who haven’t rolled a joint in several years don’t have a frame of reference, Cort says.

“Our experience, if it’s any more than 5 years old, is antiquated to the point of irrelevance,” he says. “Guys like me know all about weed, because I consumed a considerable amount of it. But that was maybe 10 percent THC. Now, they’re selling distillates that are 99 percent THC concentrate. It’s THC purified to the molecular level, and because it’s only six months old, it’s the first pure form of THC we’ve ever seen.

“With alcohol, you know what’s going to happen and how it affects your body and your brain. When you sit down with the most informed physician in the world on this subject and ask them what 99 percent pure THC does, they’re going to say, ‘Uh, we don’t really know.’”

How does that change the landscape of addiction medicine? Put it this way: The last edition of the Diagnostic and Statistical Manual of Mental Disorders — the guidebook on addiction and mental health related issues compiled by the American Psychiatric Association — actually included new information on cannabis withdrawal syndrome, Cort points out.

“We’ve moved into a world where marijuana is physically addictive, and that should give us all serious pause,” he says. “Ten years ago, that was not there.”

Addiction isn't about the substance 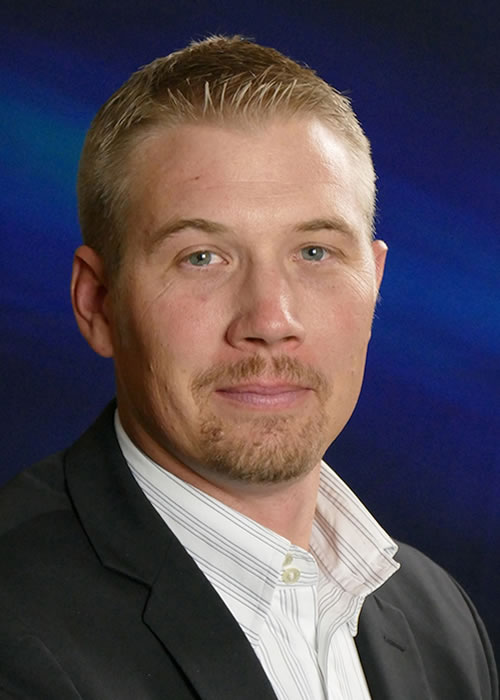 Addiction medicine, however, has always had a tenuous connection to marijuana. During the fight over Amendment 64, many proponents of legalization argued that the ability to purchase pot at the corner store would cut down on the use of illegal drugs. That, Cort explains, is a fundamental misunderstanding of the nature of addiction; what’s more, it “doesn’t pass the giggle test,” he adds.

“My own experience, and that of other addicts I know, is that we’re not going to switch over to another drug,” he says. “Look at alcohol: It’s completely legal, just about anybody in the country can use it, and it’s far and away the most damaging, and I think that’s because it’s the most accessible — not because it’s so dangerous, but because there’s such a small perception of the risk of it and because of advertising and because of the powers that be. We don’t have the respect for it that we do for any mood-altering substance.

“Look at it this way: For the last three years, we’ve had the highest number of opioid overdoses in Colorado. I don’t think you blame weed for that; I think it’s a nationwide trend, but in our world, polysubstance use isn’t about weed or booze or heroin or sex. It’s about the holes we’re trying to fill with something. We want to get high because we hurt, and we want to not hurt.”

Cort’s journey to consultant, lecturer and author began as a human resources director for an S&P 500 company by the time he was 27; he helped establish the Colorado nonprofit Phoenix Multisport, which organizes and presents sober athletic events. In 2012, he joined the fight against Amendment 64, and after it was passed, he went to work in substance abuse treatment services for the University of Colorado Hospital, where he stayed until January 2017. Throughout it all, he’s helped various state efforts to hold back the inexorable trend of legalization and continued to advocate for recovery across a number of media platforms. His first book, “Weed, Inc.,” was published in fall 2017.

Whether there will be a follow-up book remains to be seen, but certainly the advances in THC cultivation science seem to suggest that the story doesn’t begin and end with legalization. The introduction of THC distillates opens up new doors that have yet to be explored by science; therefore, the only information provided about the effects of more powerful THC comes from anecdotal evidence collected from users themselves.

“They sit down, and they describe signs and symptoms of acute and chronic psychosis,” he says. “When they describe these experiences, the mental health provider in you wants to say, ‘Oh, buddy — you’re having a psychotic break!’ It’s the same effects of coke or meth use: extreme paranoia, people not leaving the house for weeks on end, changing the light bulbs because they think there are cameras in them, audibly hearing voices, seeing fictitious things.

“The thing we’ve got to wrap our brains around is that 20 years ago, unless someone had some serious underlying conditions, there’s no way in hell weed was doing this. Now, if someone smokes concentrates for a couple of months? The stories I hear are acute psychotic episodes and complete psychotic breaks. Twenty years from now, unless I’m way, way off on this, people are going to be saying, ‘Can you believe there was a time people didn’t believe THC was linked to psychosis?’ in the same way we now say, ‘Can you believe there was a time they didn’t think smoking caused cancer?’ The problem is that you have a massively well-funded lobby industry telling a complete counter story.”

That narrative often leads to a number of mistaken assumptions: that marijuana poses less of a risk to society than alcohol, for example, or one that’s a particular pet peeve of Cort’s — that marijuana users can’t be addicted to it. That belief, he points out, can extend even into the addiction treatment industry itself.

“That argument bothers me fundamentally, because substance use disorder is an objectively qualifiable disease with 11 diagnostic criteria,” he says. “If one meets two or three, you have a mild disorder; four or five, it’s moderate; if it’s six or more, it’s severe. And that’s the same across the board, whether it’s for alcohol, heroin or weed. For somebody to say that it’s not addictive shows a fundamental lack of understanding of what the disease of addiction is. It bugs me to know these young people are coming into treatment and saying, ‘I’m addicted to this substance,’ and then get aggressions from the milieu, or even micro-aggressions from staff. We already know how hard it is to ask for help, but to make it harder is totally inappropriate.”

Science has already shown that prolonged cannabis use can cause long-term effects on the frontal lobes of the brain. A 2014 study by the Center for Brain Health at the University of Texas in Dallas showed, via MRI scans, “that people who use pot for years have a smaller-than-usual orbitofrontal cortex, a region in the frontal lobes of the brain that is involved in decision-making and assessing the expected rewards or punishments of an action,” according to a CBS News report. Long-term effects of more potent strains of THC have yet to be studied, Cort points out, and it’s important not to oversimplify its potential dangers by claiming it’s a harmless plant.

“What’s that saying? ‘The beginning of all knowledge is in knowing that we know nothing,’” he says. “I’m not an expert; I don’t care what I did in the ’90s, because I don’t know about what it’s like now. We need to walk into this thing honestly, in the same way somebody who’s never used meth says, ‘I don’t understand what they’re consuming today, so let me learn.’

“That’s why I spend as much time as I do running around the country talking. That’s why I wrote the book. Far be it from me to try and force my truth on anybody else. Even my sobriety is about doing your own thing. We should never be making decisions this gigantic from an ill-informed place, and especially not from a misinformed place.”