More than 20 percent of Americans are enrolled in a government-assistance health plan, and because their eligibility is determined by limited income and resources, many of them who struggle with addiction often find themselves asking, “What drug rehab center accept Medicaid?” 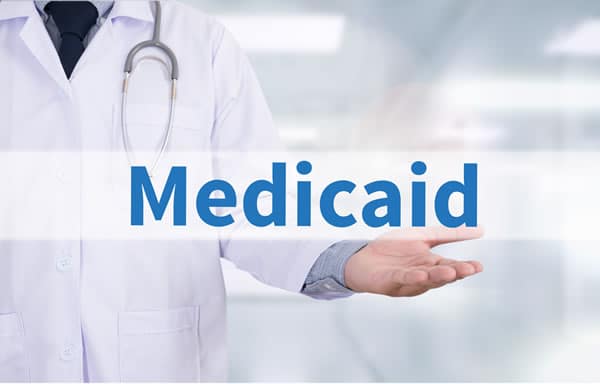 Medicaid, according to the official website, “provides health coverage to millions of Americans, including eligible low-income adults, children, pregnant women, elderly adults and people with disabilities. Medicaid is administered by states, according to federal requirements. The program is funded jointly by states and the federal government.”

As of July 2020, the plan provided coverage for 68.8 million Americans — including more than 1.3 million Tennesseans. And because addiction is a disease that affects individuals from all walks of life, the need for states to provide substance abuse treatment under their individual Medicaid programs is an urgent one. According to the Medicaid website, “In 2009, health insurance payers spent $24 billion for treating (addiction). Of the $24 billion, Medicaid accounted for 21 percent of the spending. The evidence is strong that treatment in managing SUDs provides substantial cost savings.”

However, for those who need such treatment, it’s not as easy as showing up to an addiction treatment center and getting help. Because of federal regulations and pre-authorization requirements, Medicaid recipients often find themselves with limited options, and asking what drug rehab centers accept Medicaid is just the starting point for getting that help.

What Is Medicaid? A Brief History

According to the U.S. Department of Health and Human Services, Medicaid was created in 1965 alongside Medicare. Whereas the latter “is a federally funded and administered health insurance program for retirees, disabled workers, and their spouses and dependents,” Medicaid is “a joint federal-state program through which states, the District of Columbia and the territories receive federal financial participation in their costs of furnishing health and long-term services to federally recognized groups of low-income families and individuals.” 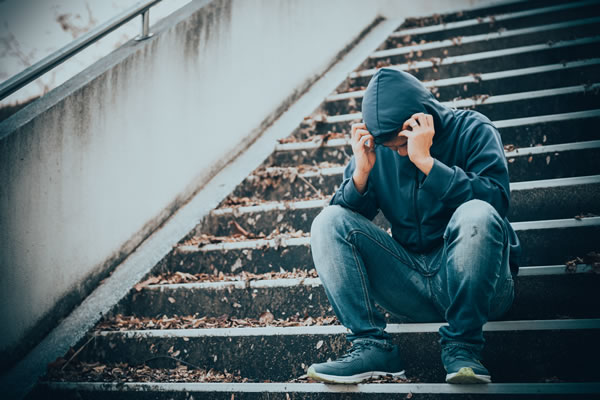 Before 1965, the federal government provided limited payments to states for health care services delivered to those who couldn’t afford it, but the quality and quantity varied from state to state. Medicaid was “designed to expand access to mainstream health care for low-income individuals and families” while at the same time giving states the ability to develop their own programs, which would be required to provide “a core set of basic health services to public assistance recipients,” but could also “offer additional services at their option.”

In Tennessee, state officials would eventually conceive of a plan known as TennCare, which was designed to move almost 1 million state residents eligible for Medicaid into a state system covered by contracted managed care organizations, known as MCOs. The goal of TennCare was to get expenditures for health care costs under control while providing coverage for those below a certain threshold of the federal poverty level or who were considered uninsurable because of pre-existing conditions.

Two years after TennCare’s launch, lawmakers added parity — meaning that recipients could use TennCare for behavioral health coverage as well as medical care, opening the door for drug and alcohol treatment to those with a TennCare plan. For the first two decades, the program went through stops and starts as budgetary and coverage issues were worked out, but in 2015, TennCare contracted with three MCOs — BlueCare of Tennessee, UnitedHealthcare Community Plans and Amerigroup — to meet the needs of TennCare enrollees.

Today, the federal government provides roughly $7.5 to $8 billion for TennCare, which is supplemented by state budget dollars that are then distributed to the three MCOs. Currently, TennCare provides coverage for 1.4 million Tennesseans with an annual budget of $12.7 billion. Those who wish to inquire about enrollment can do so through the online TennCare Connect portal or by calling 855-259-0701.

Because Medicaid is designed to provide health care services to low-income Americans, there is a concern that recipients may receive substandard care, either because of their socio-economic status or because coverage isn’t as “good” as a private insurance plan. A 2014 study in the journal Milbank Quarterly found that “many participants who were on Medicaid or uninsured described a perception or fear of being treated poorly in the health care setting,” and even among those who are eligible for such assistance, enrollment is often low. 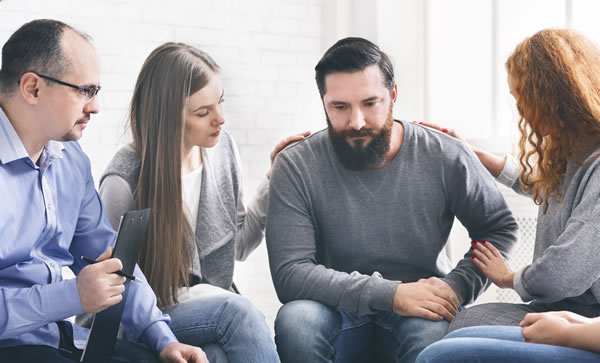 According to a report by the digital library JSTOR, such stigma has mean that many “Americans commonly associate means-tested aid with laziness, dishonesty, and moral weakness (an association that doesn’t hold true for other government aid like tax breaks and Social Security). That makes applying for benefits a threat to a person’s self-image. At the institutional level, that same stigma means many potential aid recipients also worry that they’ll face hostile treatment as they apply for benefits.”

However, when it comes to treatment for addiction, Medicaid is often a first-line of defense. Many addicts and alcoholics don’t have the disposable income to secure private health insurance or pay out-of-pocket for drug and alcohol treatment, but Medicaid, the Kaiser Family Foundation points out, “plays an important role in efforts to address the (addiction) crisis,” as it’s done during other public health emergencies: “Medicaid has historically filled critical gaps in responding to public health crises, such as the AIDS epidemic in the 1980s and the Flint water crisis. As with these other public health crises, Medicaid provides health coverage and access to necessary health care for those struggling with (addiction). Additionally, as of May 2019, 36 states and Washington, D.C. have adopted Medicaid expansion, with enhanced federal funding, to cover adults with income up to 138% of the federal poverty level ($17,236 for an individual in 2019). All Medicaid expansion benefit packages must include behavioral health services, including mental health and substance use disorder services.”

In other words, the stigma associated with enrolling in Medicaid doesn’t just contribute to neglected health care needs; it contributes to circumstances in which addiction, untreated, has a cascade effect on all areas of society. According to the Medicaid website, “Nearly 12 percent of Medicaid beneficiaries over 18 have an (addiction) … on average, 105 people die every day as result of a drug overdose. Additionally, 6,748 individuals across the country seek treatment every day in the emergency department for misuse or abuse of drugs. In 2010, drug overdose was the leading cause of injury death and caused more deaths than motor vehicle accidents among individuals 25-64 years old. The monetary costs and associated collateral impact to society due to (addiction is) very high.”

Needless to say, figuring out what drug rehab centers accept Medicaid is an important question to ask — by those with Medicaid, and by community leaders, organizations and businesses who want to push back against the devastation of the addiction epidemic. 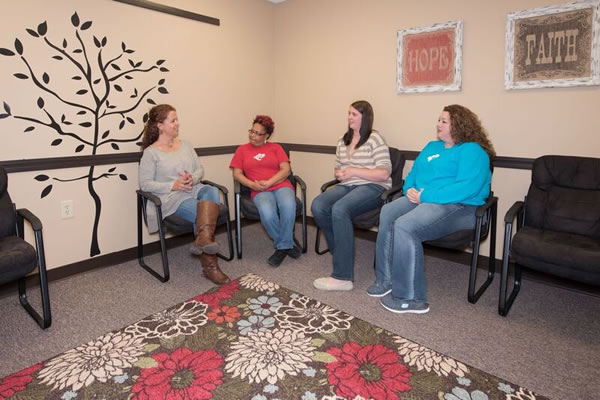 By and large, recipients of Medicaid — whether enrolled in TennCare or residents of other states who are part of a similar program — have options available, but finding the right one is critical. For Medicaid administrators, it’s a conundrum, as a 2011 paper in the journal Health Services Research pointed out: “The burden on the Medicaid system of providing SA (substance abuse) treatment is significant. A study of Medicaid expenditures in six states showed that individuals with an SA diagnosis had significantly higher expenditures for physical health problems, and medical costs increased with age. However, providing SA treatment can relate to significantly reduced overall medical costs, which could, in turn, reduce the burden on state Medicaid budgets.”

Finding the right treatment facility that provides quality services while at the same time being approved for coverage by a particular Medicaid plan can be tricky. That’s often where prior authorization can help: Almost all insurance plans, government-sponsored or private, require it for the activation of behavioral health benefits that cover addiction treatment. In other words, you’re required to contact your plan administrator — the information for which is provided in paperwork or on the back of your insurance card — and inform them of your need for treatment.

And for those in need of addiction treatment but are unsure or anxious about obtaining that prior authorization, the admissions staff members at Stepping Stone can take care of that. All it takes is a phone call, during which you’ll provide the facility with your insurance information, and they’ll take care of or guide you through the rest of the process.

Afterward, it’s just a matter of making the decision to actually get the treatment you need. At Stepping Stone, the quality of care is some of the best available for TennCare recipients, and the staff members, many of whom are in recovery from addiction themselves, have a keen and empathetic understanding of your mental, emotional and financial situation. You won’t be treated like a second-class citizen, because addiction is of much greater concern than any stigma associated with Medicaid assistance.

In other words, determining what drug rehab centers accept Medicaid is the first step. Getting to a center like Stepping Stone is the biggest, because once you cross the threshold, the opportunities for recovery will help you see yourself, your life and the world around you in a whole new light.