One of the biggest reasons those new to recovery dread observing a sober Memorial Day — or any big holiday, actually — is the misconception that sobriety is boring.

It’s not true, but it sure seems that way sometimes. For many of us, however, the idea of a sober Memorial Day means being left out while everyone else who can partake without becoming a public spectacle or winding up in jail gets to have fun and drink responsibly.

After all, it’s the unofficial start of summer, and after a long winter — an interminably long one, given the oppressiveness of COVID-19 on top of the gray skies and chilly days — it seems like the world is opening back up. Beaches, pools, lakes and other bodies of water are gathering places. Backyard barbecues pits are getting fired up. Friends are gathered around evening bonfires while fireflies sparkle in the trees, and those moments seem tailor-made for a drink.

But … are they really? As the program teaches, for recovering addicts and alcoholics, it’s best to play the tape all the way through. That’s not always easy, either, so to help you remember why a sober Memorial Day isn’t the end of the world and might actually be a good thing, we’ve got five reasons for you to keep in mind this weekend. 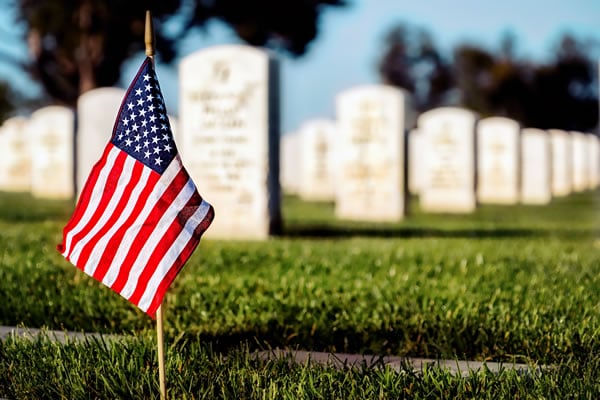 Keep in mind, this is a list designed to give you some perspective from a 30,000 foot view of a sober Memorial Day, so to speak. Whatever is going on in your life and with your sobriety, we hope you have a network, recovery meetings you can attend, a sponsor and peers on whom you can depend if that boredom is on the verge of becoming on obsessive thought about drinking.

But if you need a little reminder why a sober Memorial Day is good, here are five reasons:

You’re not going to kill anyone, or yourself

Crowded roadways mean more opportunities to encounter a drunk driver … or, if you’re an alcoholic, being one of those drivers. The National Safety Council estimates that 415 people may die on U.S. roads this Memorial Day holiday, and judging by past year statistics, drinking and driving plays a significant factor: “Nationwide, alcohol-impaired fatalities … in 2019 represented 28% of the total traffic fatalities. During the 2018 Memorial Day period … 37% of fatalities involved an alcohol-impaired driver.”

But the possibility of alcohol-related fatalities aren’t just limited to asphalt. More than 400,000 people bought boats during the pandemic last year, and with Memorial Day signaling the beginning of summer for many of them, changes are good that lakes and waterways will be packed … and that alcohol may play a role in accidents, according to the Water Sports Foundation: “According to U.S. Coast Guard reports, alcohol use is the leading known contributing factor in fatal boating accidents; where the primary cause was known, it was listed as the leading factor in 23% of deaths.”

If you’re sober, then you don’t have to worry about being a driver causing those accidents, or being a passenger making an impaired decision to get into a car or on a boat with someone else who’s intoxicated behind the wheel.

A sober Memorial Day? You’re not going to wake up feeling like a bag of week-old roadkill the next day. 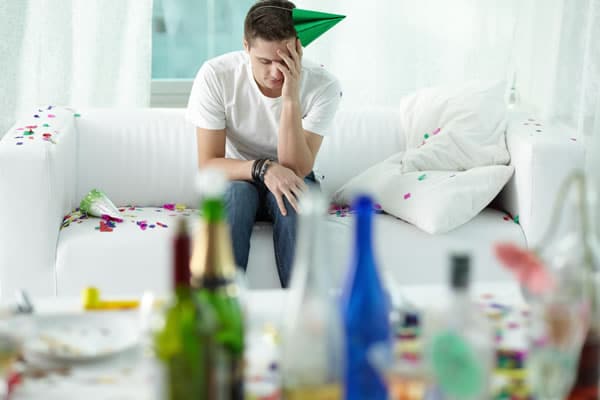 If for no other reason alone, the absence of a hangover the next morning makes a sober Memorial Day worth it. And just in case you’ve forgotten just how nasty those things are, Claire Gillespie, writing for the magazine Self, sums it up nicely: “Alcohol affects your body in multiple ways, according to the Mayo Clinic, which is why the hangover symptoms are so diverse. For instance, you can blame fatigue, weakness, shakiness, and mood disturbances on the way alcohol can make your blood sugar dip below a healthy threshold. Booze also expands your blood vessels, which can lead to headaches, and it hikes your urine production, which can cause dehydration that might make you want to drink all the LaCroix in a 10-mile radius. Then there’s the way alcohol prompts your body to produce more stomach acid but also slows how quickly your stomach empties its contents, which can lead to nausea and vomiting. Alcohol is clearly an excellent multi-tasker when it comes to affecting how your body functions, both when you’re drinking and the day after.”

Memorial Day, in case you’ve forgotten, is a day set aside to remember and honor the sacrifices of military personnel who died in the performance of their military duties. You don’t necessarily have to attend a parade or buy a veteran breakfast (although you can, should you so desire), but sobriety may change how you perceive the holiday, according to Paul Fuhr, writing for After Party Magazine: “When it comes right down to it, I never once considered how other people might be spending their Memorial Days: visiting cemeteries to place wreaths and American flags at graves. Instead, I was staring down a full day’s worth of drinking and trying to do the math on whether I’d need to make a beer run later in the afternoon. That was the extent of my weekend … now, as a sober person, I’m actually able to remember what I’m supposed to be remembering.”

You can be present for the memories. 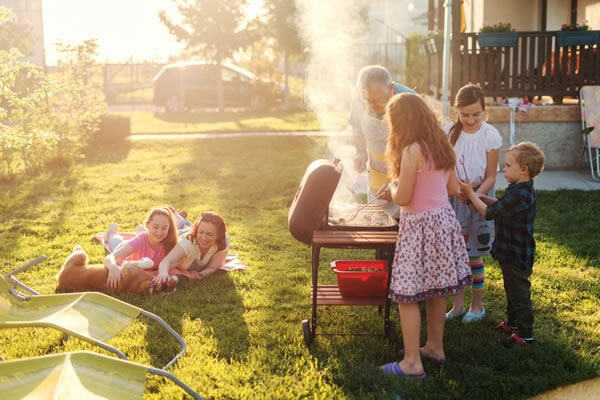 What are holidays for, if not for making memories? Cookouts and barbecues … lake trips and beach excursions … amusement parks and parades and family dinners and so many other things are all part and parcel of holiday observances, and a sober Memorial Day means you get to be present, to take part in them and to remember them all. Author Mary Karr, in an interview with the sobriety website The Fix, even goes so far as to point out that being present for the connections you have with others during those moments and at those gatherings can actually help you maintain your sobriety: “What keeps you sober is love and connection to something bigger than yourself. When I got sober, I thought giving up was saying goodbye to all the fun and all the sparkle, and it turned out to be just the opposite. That’s when the sparkle started for me.” So many times when we were drinking or using, we weren’t present. We were so consumed with making sure we had the next drink or the next fix that getting up in the middle of a meal and leaving was par for the course. Family photos that featured us back then make us wince to see them now … if we’re even in them at all. Thanks to sobriety, we can be a part of instead of apart from, and there’s no better feeling in the world than that.

What, exactly, are those? You hear a lot about the number 12 in recovery circles, mostly because the number is associated with the 12 Steps — the “how to” guide for finding a new way to live on the other side of addiction and alcoholism. There’s also the Twelve Traditions, which are a guide for how individual 12 Step groups interact with one another and the wider world around them. And then in Alcoholics Anonymous, there are the Twelve Promises, found on pages 83 and 84 of the Big Book, the A.A. “Bible.”

But unless you’re intimately familiar with A.A. history, you may be unfamiliar with the Twelve Rewards … and these are applicable to anyone who works a program to stay sober, whether they attend A.A., N.A. or any other self-help group, or finds another way that works for them. According to the blog Realistic Recovery, they were presented at the 1985 International Convention of Alcoholics Anonymous by Ann C., who got sober in 1948. What are they? Glad you asked:

A sober Memorial Day: In closing …

Those Twelve Rewards may been mercurial when you’re in early sobriety. In fact, you may be dreading the holiday, feeling as if you’ll white-knuckle your way through it while the rest of the world seems to party on around you.

Know this: In sobriety, there is freedom. You are obligated only to yourself, and getting through the holiday without drinking or using is the only goal … but in doing that, you may just discover the boundless freedom that comes with not being beholden to a tradition that destroyed your health, eroded your mind and had absolutely nothing to do with Memorial Day. As wellness coach and speaker Heather Lowe puts it in her Medium post about her own sobriety and Memorial Day, “I have plenty of pleasure on the agenda this weekend, and although it looks a lot different than getting wasted around a pool, I wouldn’t change a thing.

“Here’s a newsflash: Memorial Day Weekend is meant to honor the men and women who died while serving in the U.S. military. Do you think getting wasted honors their sacrifice? No, me either. What will you look forward to on a holiday weekend that doesn’t equal drinking? Find that and move toward it.”