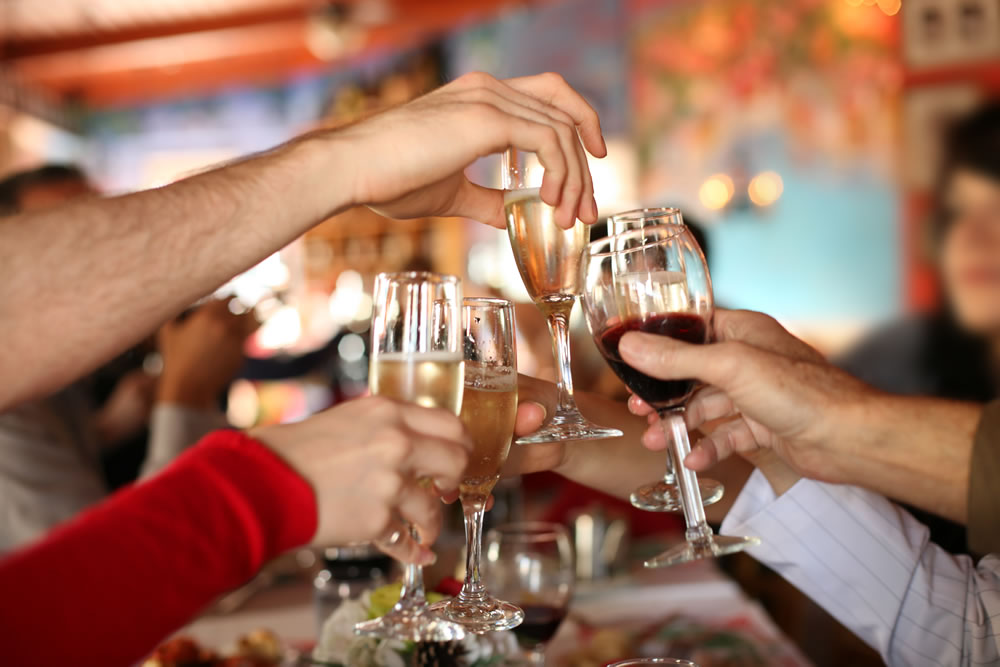 For recovering addicts and alcoholics, the holidays can be stressful occasions.

Although relapse isn’t a requirement, it does occur. According to figures from the National Institute on Drug Abuse, between 40 and 60 percent of those who have what’s medically defined as a substance use disorder will relapse at some point. While there’s no scientific data that indicates relapse rates increase during the holidays, studies have shown that alcohol consumption does go up during this time of year: A 2015 report by Alcohol Monitoring Systems, which monitored the alcohol use of more than 450,000 DUI offenders, showed that drinking violations increased by an average of 33 percent between Thanksgiving and New Year’s Day compared to the rest of the year.

Addiction doesn’t necessarily kick into overdrive during the holiday season — those afflicted are just as consumed by the obsession and compulsion to use and drink on April 23 as they are around Dec. 25 — but treatment encourages those new to recovery to beware of certain triggers. The presence of alcohol at holiday gatherings can be one such trigger, but according to Bill Lee, assistant program manager and interventionist at Cornerstone of Recovery, members of a recovering individual’s support system can help that individual avoid relapse by making a few minor holiday adjustments. 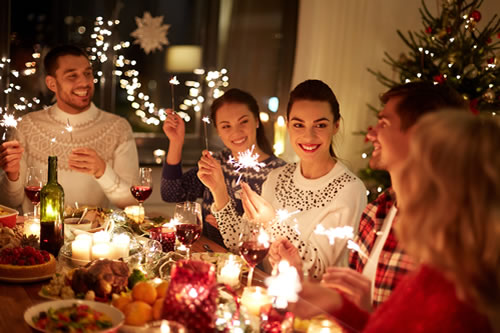 “The big question I get asked by family members, and it’s not limited to the holidays, is, ‘Should we get rid of all the liquor? Should we not invite the addict to the party if there’s going to be drinking?’” Lee says. “I don’t think you need to do that.”

“I just think families need to be aware and give addicts the opportunity to talk about what they need to talk about, and support them in that process,” he says.

Giving recovering family members a heads up can help those individuals avoid discomfort, Lee adds. It’s up to them to set healthy boundaries to protect their sobriety, but a foundation laid in treatment has given them tools to ask for what they need.

“Check with the addict or the alcoholic,” he says. “Ask them: ‘Do we need to get rid of alcohol?’ Include them in that decision.”

One of the most critical tools in the recovery arsenal is for those in recovery to recognize the need for self-care, and to follow through on those commitments. By developing relationships with other recovering addicts and alcoholics in support groups, those new to recovery have an outlet outside of immediate family in which to discuss their fears and frustrations.

Family commitments during the holidays, however, can often interfere. They need not and should not, Lee says.

“If an addict needs to be at meetings during the holidays, support them,” he says. “Support them going to meetings and getting away to their support groups.”

Despite the emphasis on faith and family during the holiday season, nothing should be more important — to the recovering addicts and alcoholics, or to their loved ones — than sustained recovery from addiction and alcoholism.

“When they say they need to go to a meeting, be supportive and encourage them,” Lee says. “Don’t guilt them into staying home and visiting with Aunt Susie.”

The holidays may seem particularly perilous to those fresh out of drug and alcohol treatment, and with good reason: Away from the safety net of the treatment environment, life on life’s terms can be stressful to navigate without the balm of alcohol and drugs. But that’s true for all times of the year, Lee points out; not just the Christmas season.

“Look at it this way: The holidays arrive, and everyone wants to go down and volunteer to serve meals at the homeless shelter or wherever, and when they do, the organizers often tell them, ‘We’ve got plenty of volunteers during the holidays; come back throughout the year, when we need you the most!’” Lee says.

Yes, the holidays are perceived as a risky time for those to whom relapse can be detrimental or even deadly, and various issues uncovered in the treatment process, from guilt and shame to anger and disapproval from loved ones, may very well rear their heads.

Family members can make a difference, but their support shouldn’t end on Jan. 2, he adds.

“I would hope that folks would use the holidays as a way to continue to look at the rest of the year, because addicts and alcoholics are at as much risk every day of the year as they are during the holidays. Yes, family pressures increase the risk somewhat, but it’s important to pay attention to the support that families offer throughout the year.”

If a relapse does take place, it’s not the end of the world, nor does it mean that treatment didn’t work. Relapse rates for addiction are roughly the same as they are for other chronic and progressive diseases such as hypertension and asthma, the relapse rates of which range between 50 and 70 percent for both, according to government statistics.

The primary cause of relapse for all of these illnesses is when patients stop following prescribed medical treatment.

For recovering addicts and alcoholics, that means going to meetings, staying in touch with others in recovery and participating in aftercare at the facilities where they got clean.

“Treatment of chronic diseases involves changing deeply rooted behaviors, and relapse doesn’t mean treatment has failed,” according to the National Institute on Drug Abuse. “When a person recovering from an addiction relapses, it indicates that the person needs to speak with their doctor to resume treatment, modify it, or try another treatment.”

At Cornerstone of Recovery, our Recovery Renewal Program is designed specifically for those patients, but the tools provided here can give those who leave our facility everything they need to stay clean and sober — during the holidays, and throughout the rest of the year as well.