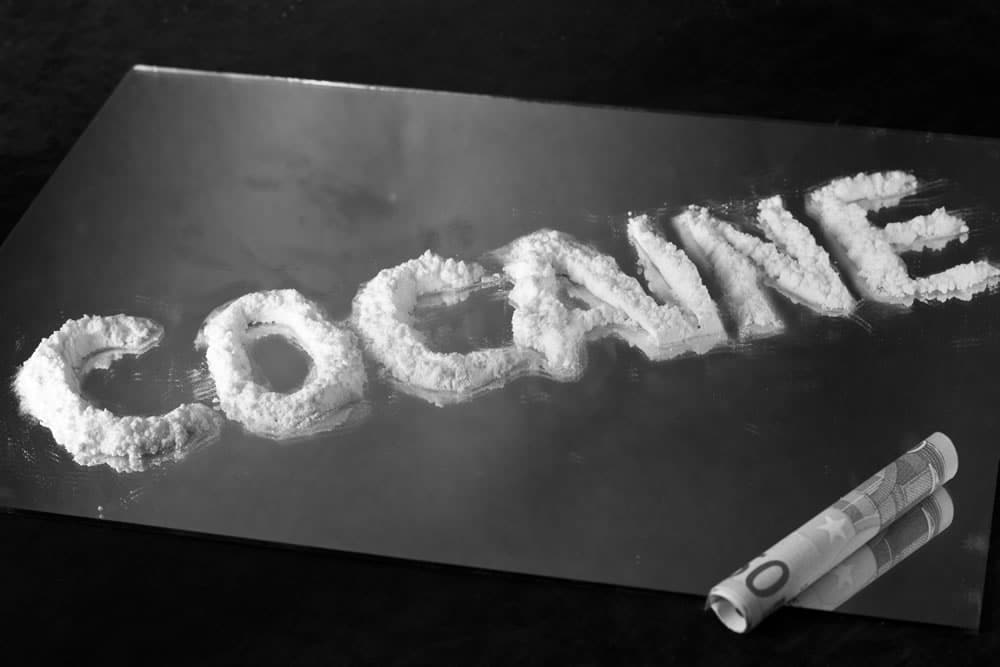 If you do any cocaine, you might have a problem. Don’t take our word for it: Representatives of the medical and substance abuse treatment communities are in agreement as well. 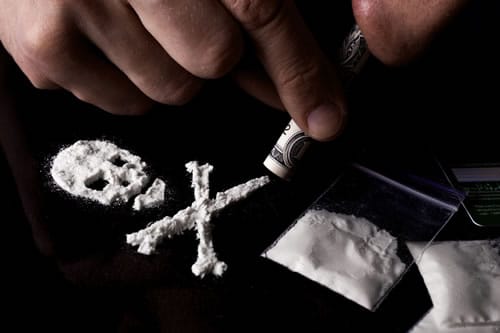 Dr. Malcolm Thaler, in a 2016 article in the online publication Uproxx [1], addressed the physical threats of cocaine use, even among those trying it recreationally for the first time: “It only takes one time to get a lethal heart arrhythmia or seizure,” according to Thaler. “It doesn’t matter whether it’s your hundredth time or your first time, it’s just not safe.”

And then there are the psychological factors. A 2017 study by McGill University, published in Science Reports [2], “suggest(s) that people who consider themselves recreational users could be further along the road to addiction than they might have realized.” According to the medical textbook Merck Manual [3], while many cocaine users may start experimenting with the drug casually, “25 % (or more) of users meet criteria for abuse or dependence.”

So can you be a casual user of cocaine? Sure. There are hundreds of people who delightedly indulge when a line is chopped up at a party. It’s often portrayed as a glamorous accouterment at edgy gatherings in the homes of the rich and famous, or as a “study aid” for college students who need a little something extra to make it through midterms. In films like “Scarface,” “New Jack City” and “Blow,” it’s the substance upon which the empires of gangsters are built.

America, like many other countries, has a torrid love affair with cocaine … but it doesn’t always love us back. Just ask one of the more than 100,000 people admitted to publicly funded substance abuse treatment programs in 2017 who listed cocaine as their primary drug of choice, according to the Substance Abuse and Mental Health Services Administration [4] — roughly 5 percent of more than 2 million people.

And conventional wisdom dictates that none of them did their first line or smoked their first rock thinking, “Man, I can’t wait until this stuff sends me to drug rehab!”

So what is cocaine?

Indigenous South American tribes have long celebrated the properties of the plant Erythroxylon coca, the leaves of which were chewed by ancient civilizations and continue to be today. According to a 1985 article in the Survey of Ophthalmology, “the remains of coca leaves have been found with ancient Peruvian mummies, and pottery from the time period depicts humans with bulged cheeks, indicating the presence of something on which they are chewing.” [5]

Cocaine made its way to America, and by the 1800s, it was used “as a surgical anesthetic, and soon became a common household drug, as well as an ingredient in Coca-Cola and in several types of wines,” according to the Center for Substance Abuse Research (CESAR) at the University of Maryland [6]. By the early 1900s, it was a recreational drug that was sold in powder form and snorted until it was banned in 1914 as a result of the Harrison Act, but according to Psychology Today, “In the 1960s, illicit cocaine use rebounded, and by the late 1970s, the drug had become popular among middle- and upper-middle-class Americans. By the mid-1980s, researchers found widespread evidence of physiological and psychological problems among cocaine users, with increased emergency-room episodes and admissions for treatment.”

How Is It Consumed and What Does It Do?

Cocaine is one of the alkaloids found in the leaves of the coca plant. In the 1800s, a process to extract it from the plant itself led to its burgeoning popularity, and today, it’s ingested in a number of ways, according to the National Institute on Drug Abuse (NIDA) [7]: “Users primarily administer cocaine orally, intranasally, intravenously, or by inhalation. When people snort the drug (intranasal use), they inhale cocaine powder through the nostrils, where it is absorbed into the bloodstream through the nasal tissues. Users also may rub the drug onto their gums (oral use). Dissolving cocaine in water and injecting it (intravenous use) releases the drug directly into the bloodstream and heightens the intensity of its effects. When people smoke cocaine (inhalation), they inhale its vapor or smoke into the lungs, where absorption into the bloodstream is almost as rapid as by injection. This fast euphoric effect is one of the reasons that crack became enormously popular in the mid-1980s.”

Like most drugs, cocaine acts on the mesolimbic dopamine system in the brain, which is the organ’s reward pathway. Reinforcing stimuli — food, sex, drugs — teach the brain to seek out stimuli that lead to reward, or pleasure, and without getting into too scientific of an explanation, this system also extends “nucleus accumbens, one of the brain’s key reward areas,” according to NIDA [8]. “Besides reward, this circuit also regulates emotions and motivation.”

Normal reward pathway communication involves the release of dopamine, which crosses the gap between neurons and binds to dopamine receptors on adjacent neurons. In this manner, the NIDA primer on cocaine explains, “dopamine acts as a chemical messenger, carrying a signal from neuron to neuron. Another specialized protein called a transporter removes dopamine from the synapse to be recycled for further use.”

However, the use of drugs like cocaine interferes with this process: They bind to the dopamine transporter, blocking the removal of dopamine from the synapse. Dopamine begins to accumulate there, and the receiving neurons are flooded with what’s described as an “amplified signal,” which produces the euphoria users feel immediately after the consumption of cocaine. Think of it as a rush of floodwaters behind a dam’s spillway: The gate to let water through accommodates a steady flow when river levels are normal, but runoff and precipitation can turn that flow into a raging torrent that blasts through the gate with enormous pressure and force. That’s cocaine-fueled dopamine, blasting through the neurons along the reward pathway, which leads to experiencing that intense rush of pleasure and invulnerability that accompanies a cocaine high.

So what effects does cocaine have on the body? 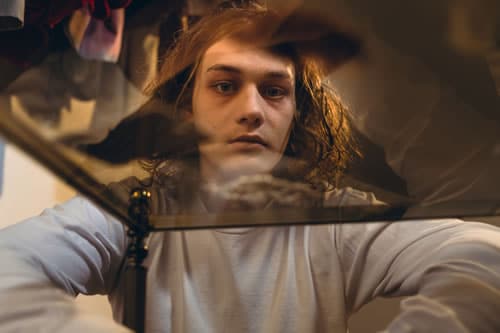 The short-term effects, according to Partnership for a Drug-Free World [9], don’t last long, but they’re incredibly intense, followed by a “crash” as the brain attempts to re-regulate itself: “intense depression, edginess and a craving for more of the drug. People who use it often don’t eat or sleep properly. They can experience greatly increased heart rate, muscle spasms and convulsions. The drug can make people feel paranoid, angry, hostile and anxious — even when they aren’t high.”

The physiological effects vary from person to person, but in the short term, users can expect to experience “constricted blood vessels, dilated pupils, and increased temperature, heart rate, and blood pressure,” according to Psychology Today. “Large amounts of the stimulant (several hundred milligrams or more) intensify the user's high, but may also lead to bizarre, erratic, or violent behavior. Those using cocaine in such amounts may experience tremors, vertigo, muscle twitches, paranoia, or, with repeated doses, a toxic reaction closely resembling amphetamine poisoning.

“Some users of cocaine report feelings of restlessness, irritability, and anxiety. In rare instances, sudden death can occur on the first use of cocaine or sometime thereafter. Cocaine-related deaths are often a result of cardiac arrest or seizures followed by respiratory arrest.”

And, as is the case with most foreign substances that have such a profound effect on the body and mind, long-term cocaine use can cause any number of physiological problems, according to CESAR:

How do people become addicted?

Over time, prolonged use of cocaine alters the brain’s reward system. According to the National Institute on Drug Abuse [10], the reward pathway can eventually “be activated even in the absence of cocaine (i.e., during craving).” Cocaine, in other words, the brain identifies cocaine as the primary source of reward, and “the person is no longer able to feel the positive reinforcement or pleasurable feelings of natural rewards (i.e. food, water, sex) — the person is only able to feel pleasure from the cocaine. Thus the user becomes dependent and when the cocaine is no longer present, anhedonia (inability to feel pleasure) and depression emerge as part of a withdrawal syndrome, To avoid this, the user goes back to the cocaine.”

And because the body develops a tolerance to the drug, more and more of it becomes necessary to achieve that initial feeling of reward. Eventually, according to those McGill University researchers, cocaine use transitions from a voluntary activity to a habitual behavior, and the “cue-induced” release of dopamine “shifts to the dorsal striatum, a structure deep inside the brain extensively studied for its role in the way we respond to rewards.”

Marco Leyton, a McGill professor in the Department of Psychiatry and “an expert on the neurobiology of drug use and addictions,” elaborates: “This area of the brain is thought to be particularly important for when people start to lose control of their reward-seeking behaviors. The dorsal part of the striatum is involved in habits — the difference, for example, between getting an ice cream because it will feel good versus being an automatic response that occurs even when it is not enjoyable or leads to consequences that you would rather avoid, such as weight gain or serious health hazards."

An individual who traverses the stages of addiction can stop the process at any time, but as with most addictions, there comes a tipping point wherein many individuals need help to quit. That’s where addiction treatment comes into the picture.

Drug rehab isn’t a punishment, because addiction isn’t the hallmark of a weak or immoral individual. It’s a legitimate medical illness, recognized as such by medical and scientific professionals around the world, and seeking help for it is no more shameful that doing so for any other disease.

So how do you keep from developing a problem with cocaine? The best method is a simple one: Don’t do it. However, “just say no” isn’t exactly a winning strategy, and while it’s always better to err on the side of caution, it’s equally important to know that help is available. From medical detox to residential treatment to intensive outpatient treatment, those addicted to cocaine can find help for their problem ... because chances are good that at some point, a casual cocaine habit will become a serious, life-threatening one.