I never felt further from God than I did on March 19, 2002, when Buzz Trexler and I took a walk down on the Greenbelt below The Daily Times in downtown Maryville.

Many of you may know Buzz as one of the auxiliary spiritual advisers here at Cornerstone of Recovery, a position he served for 10 years, but his original calling was to journalism, and it was a position he treated as sacredly as he did the ministry, to which he was called in 2001. I didn’t know any of that at the time; all I knew was that I was on the verge of losing everything to an opiate addiction that drove me to cash in everything in my life in order to get something to shove up my arms.

The weather was balmy that day, but rain was in the air. The next morning, I would sit in the waiting area of a local detox program, waiting to be admitted and watching the rain wash down the plate glass windows in blinding sheets, but that afternoon, I returned to work, bracing myself for the firing I knew was coming.

I had, after all, abandoned every pretense of being a productive member of the news team. The section of which I was editor was a hastily slapped together pastiche of wire stories, usually completed minutes before deadline, because I had a propensity to disappear for hours at a time in order to feed a habit that was consuming everything. The winter of 2001-02 was a rough one, and by the time mid-March arrived, everything had collapsed like the skeletal remains of a derelict building.

Buzz Trexler: A port in the storm 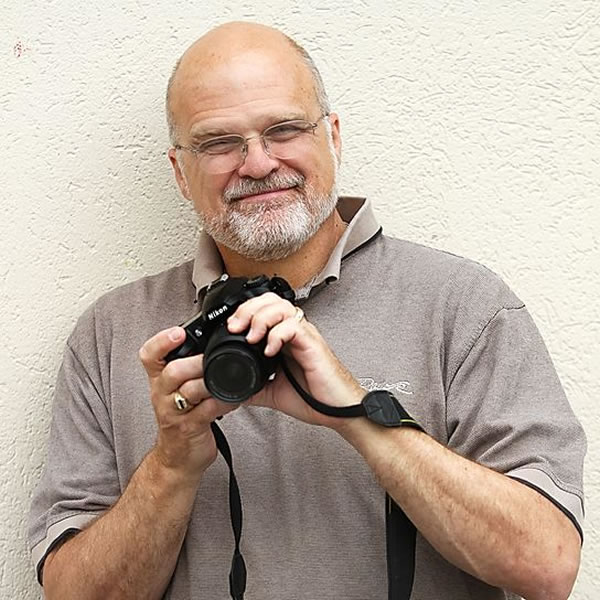 My parents, with whom I was living at the time, had discovered the truth after one of their credit cards went missing, and while my mom nursed a broken heart, my father made arrangements to get me into detox. After that, he told me, wherever I landed was up to me. My girlfriend was busy trying to get back some of her jewelry I had pawned, and I felt absolutely bereft. As I walked into Buzz’s office, he stood.

I knew he’d battled his own demons, joining the Navy as a teen to get out of a drunk driving charge, going to rehab while in the service and eventually getting sober in the 1980s after a 14- or 15-year run of booze and dope. It was hard to square the bearded, gregarious pastor with the wild-eyed roustabout I had seen in pictures of his youth, when he spent a ragged month AWOL from the Navy on the streets of Charleston, West Virginia. Maybe that connection made it easier to pour everything out, but he just listened, and when we came to a bend in the path, he put his hand on my shoulder and asked if he could pray.

I confess, I felt nothing one way or the other. My prayers at the time felt like screams into a dead telephone line, but in his brief entreaty to God, I swear I felt strength and love flow from his heart into mine, and as we walked back up the hill to the newspaper, I thought that maybe, just maybe, things might be alright. He told me they could be, and while I didn’t believe, I believed that he believed … and that was enough to get me through the night.

When I returned to work a couple of weeks later, I didn’t look back. We talked frequently about recovery, and when I felt led to chronicle my own addiction journey in the pages of that paper, he encouraged me. For the next 15 years, we worked side-by-side, and I’d like to think he felt like the time he invested in that walk along Greenbelt Lake was worth it.

When I came to Cornerstone full time in 2018, it was always a pleasant surprise to see him here in the Polly Bales Building, between groups. I always called him “Boss,” and I always will, because he served as a guide when I needed one and a mentor throughout the rest of our tenure as journalists. I never sat in on one of his groups here at Cornerstone, but I have absolutely no doubt that the same grace and kindness and love he extended to me were the same traits that made him an ideal fit for the Cornerstone family, and I’d like to think that some of the folks who left here did so with Buzz’s words ringing in their heads, as they always do in mine.

He announced his “retirement” this week, a low-key social media proclamation made because of changes in his own life that are leading toward him and his wife, Donna, to the mountain home where his spiritual batteries are always filled back up: Ripshin, up near Elizabethton. He’s got another year as the pastor of Green Meadow United Methodist Church in Alcoa, and as he told me this week, God’s plan may lead him somewhere else before all is said and done.

Wherever it leads him, there will no doubt be some sort of ministry involved, because that’s how he’s stayed sober, and helped others — including me — get and stay that way. In closing, I’ll wish him luck and love, but I suspect his compass points true, as demonstrated by a talk he gave a few years ago to the Alcoa Kiwanis Club:

“God has used every bit of my life — my experiences, my addictions, the gifts God has given me — as a journalist and a pastor.

I have sought to use both in my role at The Daily Times.

I have known what it is to be hungry.

I have known what it is to be homeless.

I have known what it is to be caught up in domestic violence.

I have known what it is to be an outcast.

I have known what it is to be caught in the bondage of addictions.

This is why I view my job as protecting democracy, but also as Kingdom work.”

Godspeed, Boss. I’ll see you around.