In providing addiction and alcoholism treatment for veterans of the U.S. military, the staff members at Cornerstone of Recovery face a conundrum: How do you impart essential recovery wisdom that directly conflicts with military training and conditioning?

One of the foundation stones of recovery is the concept of surrender: the willingness to stop fighting against all perceived threats and allowing oneself to feel the fear, pain and uncertainty that accompanies life as sober human being. One of the chapters of the Basic Text, a key piece of recovery literature, states as much: “Recovery begins with surrender.”

To veterans of the armed forces, however, the word itself is almost offensive.

“We can’t use the word ‘surrender’ with veterans,” says Howard Bowlin, Cornerstone’s spiritual adviser and a 20-year veteran of the U.S. Marine Corps. “Everything a person gets taught and is indoctrinated into in the military teaches them that surrender is not an option. It’s a dirty word to them, and it’s never spoken of in the groups.”

“Even as men, we’ve been taught social conditions to never surrender — to pull ourselves up by the bootstraps, to grit our teeth and go on,” adds Darren “Chappy” Chapman, a Licensed Alcohol and Drug Counselor and Continuous Care recovery coach at Cornerstone. “The military enhances that in men and women, and they have this whole idea of name, rank, serial number — and that’s all they’re going to give up.”

Addiction and Alcoholism Treatment for Veterans: A Privilege 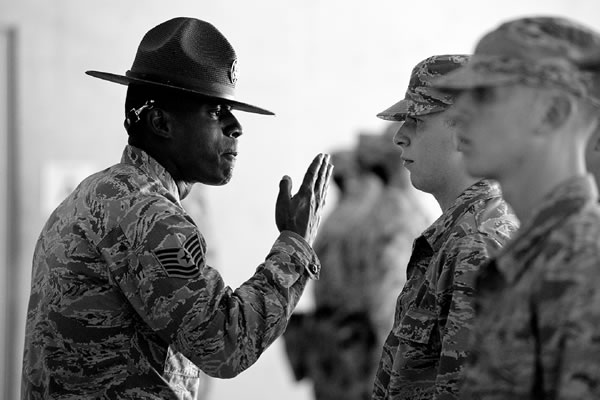 Taking into account the needs of this particular patient population and tailoring the discussion to acknowledge the training and personal conduct codes of those patients is one reason why the Veterans Groups at Cornerstone are successful at helping those who have served win another battle that could just as easily claim their lives as a bullet. According to a February 2019 report by the Veterans of Foreign Wars [1], the Veterans Administration “treated more than a half-million veterans for a slew of drug-related problems” in 2017, according to Dr. Karen Drexler, the Veterans Administration’s national mental health program director for substance abuse disorders — including 64,000 veterans with opioid disorders.

While many addicted veterans suffer from Post-Traumatic Stress Disorder — according to the VA [2], more than two of 10 veterans with PTSD also suffer from drug or alcohol issues, and one in three vets seeking treatment for drugs or alcohol also suffer from PTSD — there are a number of other concerns involved in the treatment of vets. And because of the rigorous standards of honor and duty to which service members hold themselves, many are hesitant to step forward and ask for the help that they need.

“You could have suffered PTSD without ever having been in a combat situation based on what you might have seen, heard or witnessed,” Chapman says. “It doesn’t have to be combat-oriented. For men and women, it can be anything from watching an accident happen to sexual assault.”

“In one of the groups I do, we talk about moral injury, which is different that PTSD,” Bowlin adds. “Moral injury is defined as an event in which a person perpetrates, witnesses or fails to prevent an act that transgresses that individual’s deeply held beliefs or moral convictions. That played a large role in my using alcohol to numb and escape.”

Just as “the therapeutic value of one addict helping another is without parallel,” so too is the ability of veterans to relate to those who have also served. Bowlin enlisted in 1966 and retired 20 years later as a master gunnery sergeant; as a Vietnam-era vet, he served stateside burying those killed in action.

“There were times during the worst fighting, around the Tet Offensive for example, that we did six funerals a day, five days a week,” he said. “Back then, the military was an alcoholic’s dream come true. It’s changed a lot since then, but back then, alcohol was accepted, as long as you did your job.”

“I drank alcoholically before going into the military, but in 1979, when I enlisted in the U.S. Navy at 18, it was walking into heaven,” Chapman adds. “They embraced it, and the unwritten motto seemed to be, ‘Work hard and play hard.’ When you walked into the common area of a barracks, they’d have six soda machines: One was Pepsi products, one was Coke products and the rest was full of beer. Sodas were 75 cents and beer was 50 cents, so where do you think I went to save money?”

After a decade in the Navy, Chapman left active duty as an E6, or petty officer first class. After working for a short time in Detroit, he moved to Nashville and joined the Tennessee Army National Guard, where he served for another 13 years and was activated twice with the 278th Armored Cavalry Regiment, which sent him to Iraq in 2005 and 2010.

“I earned the combat action badge in Iraq, but that’s not something I talk about, because no one here understands except for other veterans — and that’s what our veterans groups offer,” Chapman says. “It’s a place you can open up and share those experiences, and you’ve got people in there who will understand.” 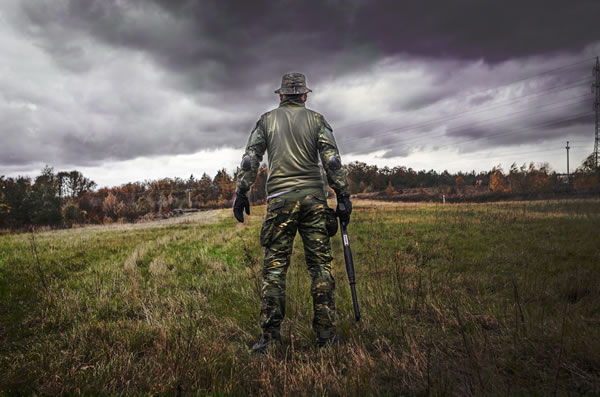 Members of the military also have, both men added, tools already in place to take advantage of addiction and alcoholism treatment for veterans.

“Every piece of military training is to form you into a person that’s part of a larger group, and there are direct parallels to the recovery process in that,” Bowlin says. “You achieve an objective together. You’re trained to respond in a given way when the bullets start flying to do your job and trust in others around you to do theirs, because that’s what will keep you alive. The group is more powerful than the individual, and you’re going to stay alive if you rely on your peers.”

“When you walk through the doors as a veteran, you already have the tools to remain clean and sober, and you’ve had them since boot camp,” Chapman adds. “Our responsibility is to help you recognize them and see how you can use them to maintain sobriety and be productive in society. In the military, when you step on those footprints, they drill into you things like integrity … honor … camaraderie. So you already know what spiritual principles are.

“You just know them as codes of conduct. But the biggest thing of all is that in the military, you’ve learned a structured lifestyle, and you know how to live it. That’s exactly what recovery is: a structured lifestyle. I’ll point to the 12 Steps and tell them, ‘Look at it this way: That’s your uniform code of military justice, or you can look at them as the general orders of a sentry, and if you break one of them, you or someone else gets hurt.’”

Because of Cornerstone’s status as a private insurance/private pay facility, there is no specific veterans program under the Cornerstone umbrella, and the facility doesn’t accept Tricare as a primary source of benefits. However, over the years Cornerstone has treated a number of veterans with health care through other insurance providers, and in so doing, staff members have recognized a need for those patients to receive group therapy that helps them process addiction and alcoholism issues that may be tied directly or indirectly to their experiences in the armed forces.

Both Bowlin and Chapman facilitate processing groups made up solely of veterans, and there are programs and lectures on a wide range of topics from anger management to suicide prevention to maximizing post-discharge benefits received through the VA. In addition, both men have found a life in the clergy outside of the military: Bowlin is a retired Episcopal priest, and Chapman is a Methodist minister.

Like most members of the armed forces, past and present, they still readily identify as members of the U.S. military. And their commitment to providing addiction and alcoholism treatment for veterans who are part of our residential inpatient programs is another reason why Cornerstone of Recovery is committed to addiction treatment based on the needs of every individual who comes through the doors.

“Veterans in recovery, they’re a little more special, because they’ve dealt with stressors that a lot of people don’t,” Chapman says. “My goal is to reach out and walk with these veterans.”

“We sometimes get vets who say, ‘I don’t have PTSD because I was never in combat,’ or, ‘I shouldn’t be in this group, because I was kicked out of the military,’” Bowlin adds. “The group helps them understand that all of those things are irrelevant. If you raised a hand and you took the oath, then you belong.”