On the surface, Acceptance And Integration Training® — known by its acronym, AAIT™ — sounds complex and perhaps even arcane.

This new approach to psychotherapy was developed in recent years by Melanie McGhee, a licensed clinical social worker who began her practice in 1984.  McGhee synthesized AAIT out of practical experience and decades of training with master therapists who developed unique treatment modalities designed to provide relief for individuals in need of psychological healing.

According to the website [1], AAIT™ “is an approach to alleviating psychological pain while contributing to spiritual well-being. It is free of the imposed narratives of traditional therapies and is designed to efficiently resolve clients’ presenting problems while supporting them in the cultivation of inner steadiness.”

Despite the surface complexities, however, AAIT™ has proven remarkably successful for both McGhee and those who have studied the model with her. And because of its unconventional approach, it can be used in a number of different therapeutic settings, she added. 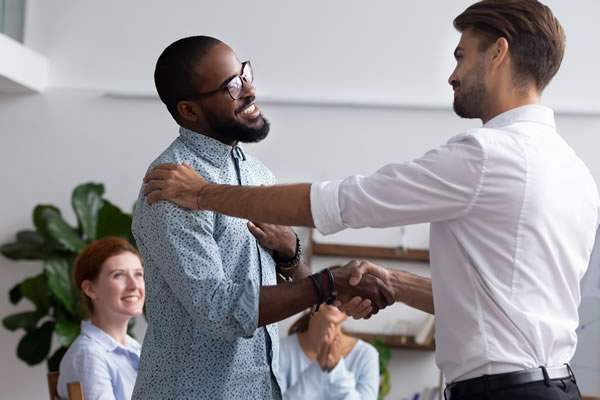 “It’s being used successfully at a drug and alcohol treatment center; I recently received a text from a student in Boston who’s giving a lecture about the polarities associated with white privilege and is using AAIT™,” she says. “People are using it to address issues around racism, overeating, body work, around addiction, mood disorders and much more. My mind is blown by what people are doing with AAIT™, and my heart is full because I know people are being helped.”

While pursuing her master’s degree at the University of Utah in Salt Lake City, McGhee worked with an organization called Help Line, which took crisis calls at all hours of the day and night. Through that work, as well as her early interest in volunteer efforts in her community, she fell in love with helping individuals persevere through “difficult and dark emotional and mental times.” At the same time, she began to serve clients who came to her through spiritual channels — recommendations from the Church of Jesus Christ of Latter-Day Saints in Salt Lake City, and from Southern ministers when she moved to East Tennessee in 1991.

“Moving here and having more referrals coming from ministers and people on a spiritual path, I became interested in helping people use psychological change for spiritual evolution alongside personal evolution,” she said. “That became clearer to me when I started working with (master therapist) Dick Olney [2] in the late ’80s and early ’90s. He talked a lot about the self as an essence of being rather than as a being of doing.”

McGhee also spent time learning from various leaders in the field of alternative psychotherapy: Marshall Rosenberg, the founder of non-violent communication [3]; Gary Craig, who established the emotional freedom technique [4]; master coaches Peter Reding and Marcia Collins; and, 12 years ago, Zivorad Slavinski [5], whose Prime Energy Activation and Transcendence workshop changed the course of her work. Over time, she became certified as one of the few authorized trainers of Slavinski’s methods, and she still uses some of them in her private practice.

And, she adds, those methods informed a process of her own design less than 10 years ago.

“I was talking with another student of Zivorad about upcoming training we both had, and he really changed me to recognize that what I was training to do was not just what I had learned from Zivorad, that it was a synthesis of what I had been doing for 35 years,” she says. “His questions helped me identify and articulate the model that has become AAIT, including the phases and principles it relies on and the methodology that is taught.” 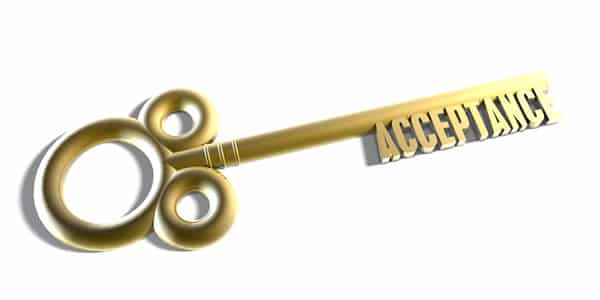 Through AAIT™, patients are able to process the conflicting emotions without suppressing them or denying them and find acceptance through simple tools that help them manage those emotions. As a result, they’re able to “be present” — to untangle the conflict between the emotions and alleviate the push-pull internal conflict that arises from their opposition.

“One of the things that make this a unique approach is that we are able to address current issues and problems without long and laborious expeditions into the past,” she says. “We are not bound to illuminating some narrative in order to get relief and make real change. Another thing that makes AAIT™ unique is that we are using the challenges of the reactive experiences we all have moving through the stressors of life, and we’re using those active responses to neutralize the tension of those reactive responses.

“In doing such, we tend to be more aligned with our spiritual nature rather than the conditioning of our psychological nature. I see it as a two-winged bird: You need the psychotherapeutic work and the grace of the spirit. To me, psychological development is not incompatible, or even separable, from our spiritual evolution.”

Talk of spirituality, she cautions, shouldn’t be confused with religious or even metaphysical overtones. The end goal of AAIT™ is “deeper layers of peace and calm” through decreased reactivity to stress. That such serenity is also a hallmark of spirituality is purely coincidental, she says.

“What matters more is their encountering these more transcendent or transformative states of being that tend to be aligned with what people consider spiritual well-being,” she says. “They may not call it that, but they’re no different in the outcome than the experiences of people aligned to a specific faith. One of the identifiers of spiritual well-being is a steady sense of peace and calm, and whether they identify as Christian, Buddhist, Hindu, Muslim or atheist, they’re experiencing the same things that other people would recognize as spiritual well-being. Ultimately, my context doesn’t matter as much as their state.”

McGhee and her husband, Dr. David Patterson, are currently working on a book about AAIT, which has proven to be a useful psychotherapeutic tool in a number of settings. Though the two are currently working to collect data, the proof of its success, she points out, is that other clinicians who have trained with her have gotten consistently successful and similar results, regardless of the setting or their educational backgrounds.

“That’s pretty amazing,” she says. “It’s just a paradigm shift from talk therapy. As part of that, it’s formed by a crucible of phases we go back to and principles we lean into to make sure we help clients untangle the problems they’re bringing to us.”