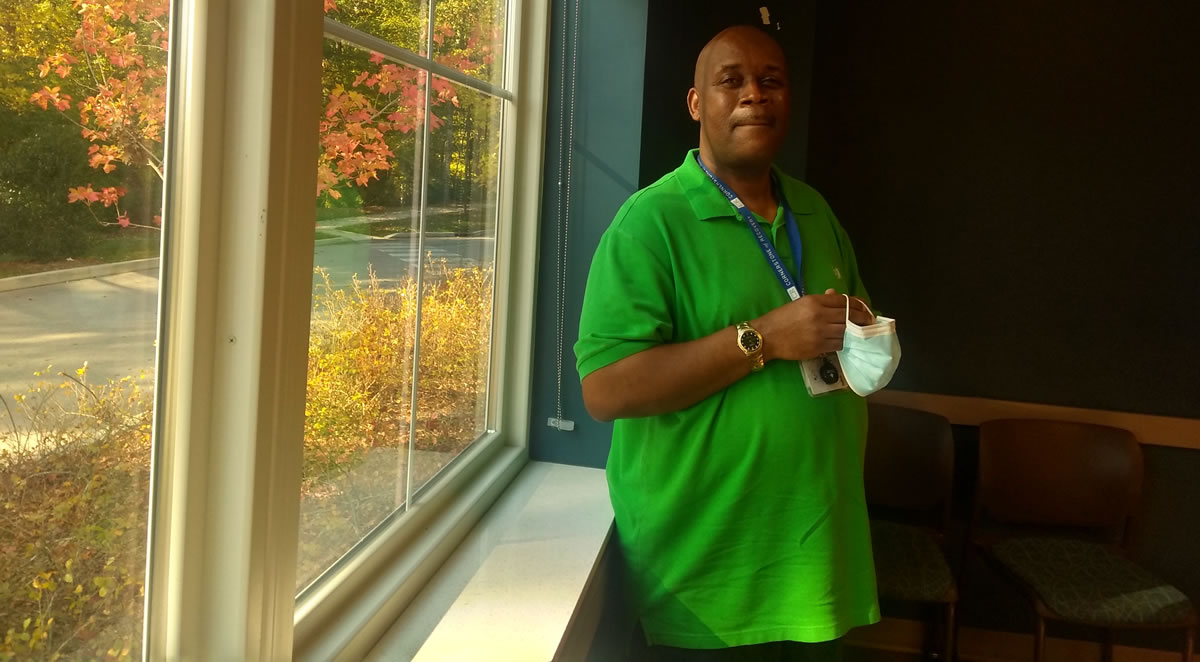 Now that he's a recovering addict, Tony Davis — a.k.a. Tony D., as he’s known fondly around the drug and alcohol treatment center Cornerstone of Recovery — doesn’t talk much about his days in the darkness of addiction, back in Greenville, South Carolina.

Suffice it to say it wasn’t pleasant — “I used every day, so it was bad” — but the recovery program that’s given him a new life teaches that what happened matters little compared to what he did to get better, and what life is like now.

And it’s a very good life indeed. Monday, Oct. 26, he’ll celebrate 16 years clean and sober. He’s in his 15th year as a residential counselor — “a jackleg counselor, I like to say,” he adds with a laugh — at Cornerstone. He and his wife, Peggy, are coming up on three years of marriage. And when it comes to sharing the experience, strength and hope that those who come to Cornerstone so desperately need, Tony D. is a man remembered fondly for his plainspoken demeanor, his soft tone and his unflinching ability to draw even the most hardbitten and cynical among them out of the darkness and into the light of recovery.

“I just sit down, and we just keep it real,” Tony says. “What I have learned, and what I’ve been taught, is that I have to draw patients in. They have to be able to trust me. So to do that, to get them talking, I bring them to me. I talk to them soft, and I listen. And then, at the end of our conversations, I tell them, ‘My word is bond. Whatever I just said to you, that’s what I’ll do.’ Because I’ve got to put some assurance on it. I ain’t gonna talk just to be talking.”

The doors of possibility open up

God is front and center in Tony’s recovery, and it was God who tapped on his shoulder, insistently and with great purpose, 16 years ago in Greenville.

“What happened was that I had seen my sister and her kids, who were young at the time,” he says. “I saw them, but they didn’t see me, and I realized that my own nieces and nephews weren’t going to know me. I wasn’t going to be in their lives, because I was out there using dope.”

He called his sister, ready to come in from the cold. They got him to East Tennessee, where he enrolled in the Knox Area Rescue Ministries recovery program, and it was there that the first counselor in his life, David Vincent, made an impression.

“David gave me confidence in what I could do,” he remembers. “I used to always have my head down, and David used to tell me to pick my head up. His exact words were, ‘The war is over — pick your head up!’ And that stuck with me.”

Vincent also recognized that as a newly recovering addict, Tony needed more than what his program could provide, so he suggested Tony apply for admission to the E.M. Jellinek Center, a halfway house in Downtown North Knoxville that’s helped men like Tony get on their feet for almost 50 years. There, Tony met another of his mentors, the late Frank Kolinsky. With a booming voice of authority and a personality as big as the block on which the collection of Jellinek houses still sits, he took Tony under his wing.

“Frank gave me wisdom, he gave me love, and he gave me truth,” Tony says. “God started the whole thing. He used David Vincent, and David led me to Frank, and Frank led me to Cornerstone.”

A year after getting clean, he and Frank sat on Jellinek’s back patio one morning, enjoying a smoke. Kolinsky, himself a recovering addict and a man of fastidious discipline, limited himself to a single cigarette each morning, and as the sun pushed its way up over the facility’s cafeteria, Frank grinned and pointed at Tony.

“Frank said, ‘I think you’d be good in treatment. I’ve got a friend named Polly (Bales) that I know over at Cornerstone, and I’m going to call her and tell her about you, that you’re one of my guys, and that you’re going to come see her,’” Tony recalls. “My reaction was, ‘Are you for real?’ And he said, ‘Yes, I’m for real.’”

And, knowing Frank, he likely punctuated his declaration with a few colorful metaphors.

A recovering addict finds his purpose 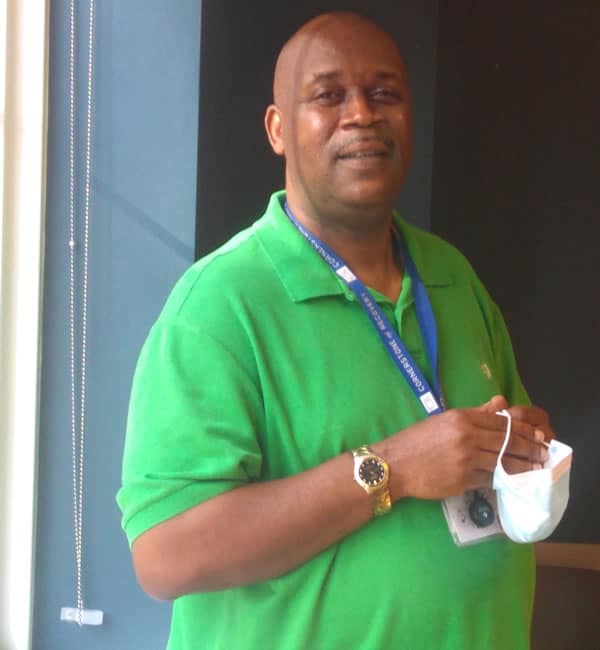 At Cornerstone, Polly — Ms. Polly, as she’s fondly remembered — introduced Tony to Bill Raybourne, the program coordinator working with Recovery Renewal patients at the time. The RR program, as it’s known, is a treatment path for those who have struggled through previous treatment attempts or 12 Step participation to stay clean and sober. It’s a deeper dive into the recovery process, and while counselors who worked with other patients only needed a year of sobriety at the time, RR counselors were required to have two.

Tony was hired anyway, and some of the staff members, like former Utilization Review Director Dennis Collett, wagered that he wouldn’t last.

“Dennis and a couple of his buddies bet Bill that I wouldn’t make it, because Bill was adamant about people having two years to work for him,” Tony laughs. “When Dennis retired (earlier this year), he said as much.”

Fifteen years later, Tony is a fixture around Cornerstone, and whether he’s leading a group … sitting down one-on-one with a patient for a conversation in his steady, patient tone … or holding court on the smoking deck with a cigarette and a cup of coffee, he fills a room with his presence. There’s both levity and gravity to the way Tony carries himself — always with his head up, always with those piercing eyes that cut through the lies and denial that are part and parcel of addiction — that make him one of the facility’s most beloved counselors by the recovering addicts who seek a new way to live here.

“When I got hired here, something that stuck with me was that I was told, ‘In order for you to be effective at what you do, the patients always come first,’” he says. “I don’t care what nobody around here says or what they do — the one thing I’ve been doing rigidly since I’ve been here for 15 years is to make it all about the patients. They’re the reason I keep coming here, and when it becomes not about the patients, that’s when I’ll stop coming here.”

He's had some help along the way — and still does, he adds, because no Cornerstone employee works in a vacuum. His peers and coworkers are individuals whom he respects and acknowledges for their equally hard work, and while he’s hesitant to name too many individuals who played a role in his personal and professional development for fear of forgetting someone, there are a few he can’t forget.

Mickey Kirby, for example, or the late Tony Carpenter, who died in 2015 and became Tony’s sponsor in addition to his coworker.

“Tony didn’t just become my sponsor; he became a father figure, and he gave me some things my own father didn’t give me,” he says. “He taught me how to be a leader. How to take up for myself. How to be loving and caring. He taught me that it ain’t what you say; it’s what you do — ‘information without application is void,’ he’d say.

“Tony nurtured me and took me as a little boy in my recovery and helped grow me up into the man I am today. I owe it all to God, but a lot of it, I also owe to Tony C.” 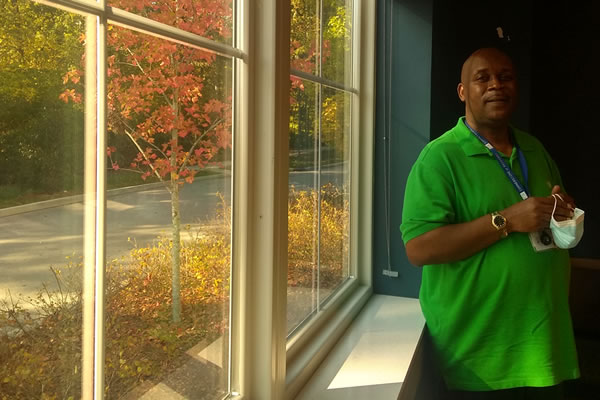 And the year continued to accumulate. At first, he adds with a laugh, he only planned on staying at Cornerstone for a year, mostly to satisfy Frank. But that’s the thing about Cornerstone, as an institution and a bastion of recovery: It finds a way. It becomes a haven for lost souls and a place where those once lost can help others be found, and as a shepherd, Tony Davis has found his calling. And along the way, he's developed something of a reputation.

“I’ve worked in every (clinical) department, and when I was down in the Adult Residential Program (now the Newcomers Program), I was just Tony. But when I went to (Intensive Outpatient and Sober Living), I became Tony D.,” he says. “Then one day, I was doing a relapse prevention group, and I was talking about coming from the jungle, living in the mission and look at me now — ‘I’m Gucci,’ I said. And a patient started calling me Tony D., the Gucci Man, and we’ve been hollering that around here ever since.”

His laugh is an infectious thing, a genuine sound that comes from deep within a soul at peace. Serenity doesn’t equal pain-free — life still shows up, he acknowledges, and his journey has brought him to places of sorrow and heartache on occasion as well.

“But I never gave up the faith. God is the most important person in my life. The most important thing in my life is that relationship. That’s fact, and I know that if he brought me from the jungle, he’s gonna take care of the rest of it, too.”

Take care of it He has — as long as Tony is willing to put in the work. That’s what he guides those who come to Cornerstone for help in seeing: that if they put in the work … if they find the willingness ... if they want to be a recovering addict instead of one stuck in the endless, vicious cycle of active use … then the program, and their respective Higher Powers, will show up. He learned that from his mentors, from the literature, from the rooms of recovery, and he sees living proof of it daily when he shows up to Cornerstone, ready to touch another heart and change another life.