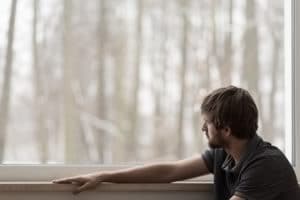 I get that a lot. Most of the time I smile and let it go. Sometimes I like to ask the person making that statement -- just what, exactly, does a drug addict look like?

Before I was able to admit I had a problem and do something about it through recovery, I had just as many misconceptions about who a drug addict could be. And I used those misconceptions -- that stigma -- that society puts on drug addicts and alcoholics, as a form of self-protection.

I wasn't homeless, sleeping in abandoned cars or burnt-out buildings. I wasn't unemployed, walking the streets near the homeless shelter, watching the traffic pass by and scavenging for change under the interstate bridges. I wasn't filthy, wearing ragged clothes smeared with grease, food and blood, digging through dumpsters for a meal.

I told myself those things to deny that I had a problem. As long as I wasn't like that -- as long as there were people out there worse off than me -- then I couldn't be an addict.

Never mind that I didn't have two dimes to rub together and borrowed money from countless friends and co-workers. Never mind that, because all of my money went to buy my drugs, that I used to scavenge the butt cans outside the mall, just to have a few half-smoked cigarettes to fire up. Never mind that my car, my job, my home -- my entire life -- was crumbling around me. Never mind that no matter how hard I tried or how much I wanted to or how many times I promised I would quit, that I couldn't.

Addiction crosses all socio-economic lines. It doesn't respect skin color, sex, religion, background or lifestyles. It affects all manner of people, from the homeless guy nodding off in his wheelchair with a bucket and a hand-painted sign begging for change beside him, all the way up the social ladder to doctors and lawyers and writers.

It took a long time for me to come to grips with the fact that I'm a drug addict. Looking back over my personal writings several years ago, I found an entry in a journal I kept back in 1998. It was the first time, I think, that I referred to myself as an addict. At the time, I was struggling with painkillers but hadn't moved on to the hard stuff and the needle. Because of that, and because my pills were prescribed legitimately, I didn't think I had a problem. But deep down, in places I couldn't even face myself, much less open up for the rest of the world to see, I knew.

But it would be another two years before I reached out for help. And even then, I didn't stop because I wanted to. I did it because I had to -- if I wanted to keep a job, my family, my friends and my health. But I still thought that if I could just muster up enough willpower, if I could just summon the courage and determination, that I could control what I was doing. When I couldn't -- when I kept going back to full-blown addiction, no matter what I tried -- I simply thought I was a bad person. A man of low character and weak will, doomed to live my life as a drug addict.

Recovery taught me differently. It taught me that I have a disease -- a mental illness, no different than depression. Just as diabetics can't control how their bodies process sugar, drug addicts can't control how our brains process mind- and mood-altering chemicals. We're not weak -- we're sick. We're not bad people -- most of us are decent people who have made bad choices and done some despicable things.

Thanks to recovery, I don't have to live in denial today. I can admit I have a problem -- and that drugs destroy everything I work for and love with all the power of a nuclear bomb. Because when I give up that struggle -- when I surrender to the fact that I'm sick and make the decision to do something about that illness -- I can take my life back, and so can anyone else who embarks on a similar journey.