If you’re considering it for a drug and alcohol problem and wondering what rehab is really like, blogger Adam Fout has a good analogy.

I know that a lot of people who have never been to rehab are scared of going,” Fout writes. “I was scared too. I quickly learned that it wasn’t any scarier than going to high school was after finishing middle school.”

Granted, the stakes are certainly higher for drug and alcohol treatment, given that the consequences of untreated addiction and alcoholism: More than 92,000 people died of drug overdoses in 2020, according to the Centers for Disease Control (CDC), and “an estimated 95,000 people (approximately 68,000 men and 27,000 women) die from alcohol-related causes annually,” according to the National Institute on Alcohol Abuse and Alcoholism.

And yet many people who need help don’t get it, according to data compiled by the Substance Abuse and Mental Health Services Administration. The 2019 National Survey on Drug Use and Health, the most recent report available, reveals that “Among the 21.6 million people aged 12 or older in 2019 who needed substance use treatment in the past year, 12.2 percent (or 2.6 million people) received substance use treatment at a specialty facility in the past year.”

Much of that reticence, no doubt, is because of a fear of the unknown: Drug and alcohol treatment seems mysterious, and so peeling back the veil to reveal what rehab is really like may help assuage some of those fears. 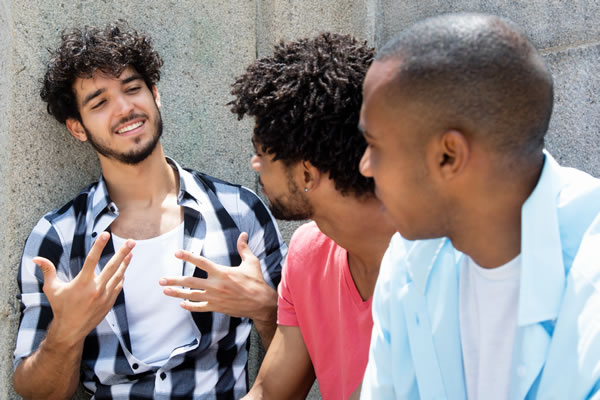 Fout’s analogy holds up, because like a great many individuals wondering what rehab is really like, as well as middle schoolers feeling trepidation upon entering high school, he was admittedly terrified, he writes. But …

“Cliques form … you make friends for life … it’s exactly like high school — you even have classes that you have to take. You have to be in class on time every day. You have teachers. You have homework. Most rehabs have a gym. And these aren’t fancy rehabs I’m talking about — this is average.”

Granted, this is a very broad analogy, but in terms of how treatment is therapy are imparted to individual patients, it works. Because regardless of whether a facility is a high-end resort or a bare-bones grant-based facility, there are some common denominators among all of them.

“Most, however, start with detoxification and medically managed withdrawal, often considered the first stage of treatment,” according to the National Institute on Drug Abuse (NIDA). “Detoxification, the process by which the body clears itself of drugs, is designed to manage the acute and potentially dangerous physiological effects of stopping drug use … because it is often accompanied by unpleasant and potentially fatal side effects stemming from withdrawal, detoxification is often managed with medications administered by a physician.”

In other words, if you’re coming off of opioids like prescription narcotics or heroin, you’re going to be extremely uncomfortable. If you’re detoxing from benzodiazepines like Xanax or from alcohol, you could have life-threatening seizures. Medical detox allows a facility’s medical personnel to monitor you, administer comfort medication to ease these symptoms and make sure that you get through it as quickly and painlessly as possible.

However, the NIDA adds, “detoxification alone does not address the psychological, social, and behavioral problems associated with addiction and therefore does not typically produce lasting behavioral changes necessary for recovery. Detoxification should thus be followed by a formal assessment and referral to drug addiction treatment.”

Medical detox, in other words, helps you stop using and drinking, but it doesn’t address why you continue to do so. And if you’re wanting to know what rehab is really like, then it’s time to discuss the meat-and-potatoes of treatment. 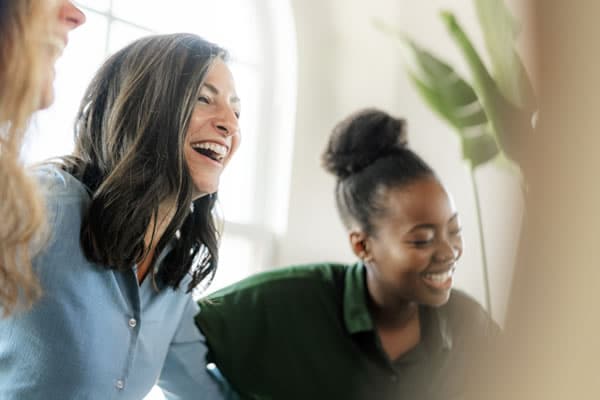 In clinical terms, according to the NIDA, “Addiction is viewed in the context of an individual’s social and psychological deficits, and treatment focuses on developing personal accountability and responsibility as well as socially productive lives. Treatment is highly structured … with activities designed to help residents examine damaging beliefs, self-concepts, and destructive patterns of behavior and adopt new, more harmonious and constructive ways to interact with others.”

That’s well and good, but for those readers wondering what rehab is really like, that may only muddy the waters. To provide some clarity, however, there are a number of bloggers who have detailed their personal experience with what rehab is really like, such as Audrey Brianne, writing for Sober Girl Society. After completing the detox portion of treatment in an Arizona facility, she, too, makes an educational comparison: “I liken the experience to college wherein every day is full of lectures and different sessions and workshops. Days were a mixture of group and private therapy, recreational activities … and speaker engagements. There was a wake up call (6:45am) and lights out (10pm) regimen. We received three meals a day with room for snacks in between.”

But while the schedule may have been familiar from her college days, the knowledge she gained in treatment was applicable on a level that went above and beyond knowledge needed for a particular vocation or field of expertise: “Topics ranged from DBT to understanding the scientific part of mental illness. I also enjoyed the group therapy sessions. Each resident is assigned to a specific group of about 10-12 people and we met three times a week for 2.5 hour periods. There’s assignments and we were given homework (not a huge load, but enough to keep us on our toes) like timelines that were presented each meeting.”

And the results, she added, were nothing short of astounding: “One day whilst on a walk with my EMDR therapist I realized I was healing. With the sun on my face and (finally) getting my body moving, a major shift occurred. The cave I was in started to look more like a tunnel that had an exit I could actually see. It was far away, but I could see it. That realization is when I truly started to feel safe in my own body. It’ll sound cliche, but colours were brighter, sounds were sharper, my senses alert … I felt present. I’d been absent so long and in a state of freeze from my traumas that I didn’t realize how little I’d been living.”

Brianne, like so many others who get treatment for a drug and/or alcohol problem, found something in treatment that had been missing for a long time: hope. That’s the takeaway of what rehab is really like: There’s hope to be found there. And while that may sound wonderful … but you’re probably also wondering, does it work? Yes, according to the NIDA: “According to research that tracks individuals in treatment over extended periods, most people who get into and remain in treatment stop using drugs, decrease their criminal activity, and improve their occupational, social, and psychological functioning.” 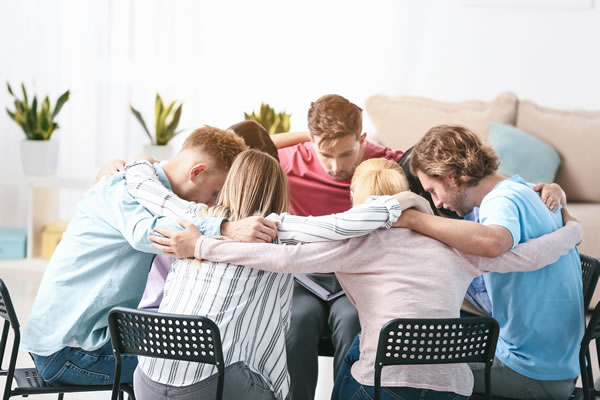 It’s difficult to pinpoint exactly how treatment can change your life, because it’s contingent on the willingness of the individual. Not everyone wants to go to rehab; sometimes, it’s a choice of rehab or jail, or they’ve been coerced by family members, and such stalwart attitudes can be mighty difficult to crumble, no matter how good the treatment might be.

However … even the most unwilling of individuals who first walk through the door can find a spark of hope that changes them during the process. Take Beth Leipholtz, for example, a sober blogger who detailed her experiences for the Huffington Post: “After that, something changed in me. Not in a single moment, like some grand acceptance. It was more gradual for me. But I did eventually come to realize that I belonged right there with each of the other patients — maybe even more so than some of them. I had a problem. Drinking alone was not normal. Drinking before class was not normal. Nothing about my habits was normal, something I always knew and refused to see.

“I still struggled through some days of treatment, but overall I found myself looking forward to nights spent with people who understood me. People who were like me. I liked seeing my days of sobriety passing a week, two weeks, a month. I started to be able to look in the mirror again without feeling ashamed. People started to tell me I looked like the old Beth, something that always almost moved me to tears.”

By the time her stint in treatment came to an end, she continues, she was almost hesitant to leave. After all, rehab is a protective bubble, and while a great deal of progress can be made in 30 days, it’s also a relatively short amount of time, especially compared to the years spent abusing drugs and alcohol. And it’s important to keep in mind that treatment isn’t a cure-all. If you’re wondering what rehab is really like, that’s a key takeaway: You won’t be “cured,” and you won’t get a diploma that announces you’re no longer an addict or an alcoholic.

Emily J. Sullivan, writing for Vice, puts it this way: “It’s a treatment for a progressive disease that worsens with time and will likely make a comeback if it goes untreated. It’s not uncommon for a patient checking out of rehab to feel confident and cocky about their recovery — after all they’ve maintained some sobriety when that seemed so hopeless before.” But, she adds: “after leaving rehab, you have to work just as much as you did in rehab, out of rehab. Continue therapy or 12-step meetings, or alternative treatment methods like medication-assisted treatment, but develop a plan and adjust it when you need to.”

And that’s another takeaway for what rehab is really like: boot camp, in a sense, to prepare you for a life in sobriety. Despite the romantic notion that recovering addicts and alcoholics are fighting a constant battle not to drink or use, that’s not necessarily the case, as long as individuals who seek treatment use the tools they learn there to continue their self-improvement after treatment ends.

Because for all of the mystery about what rehab is really like, there’s another question that needs to be asked as well: What’s life in recovery really like? Simply put — whatever you think it is, you’ll shortchange yourself, because it’s far and away beyond anything you can imagine.