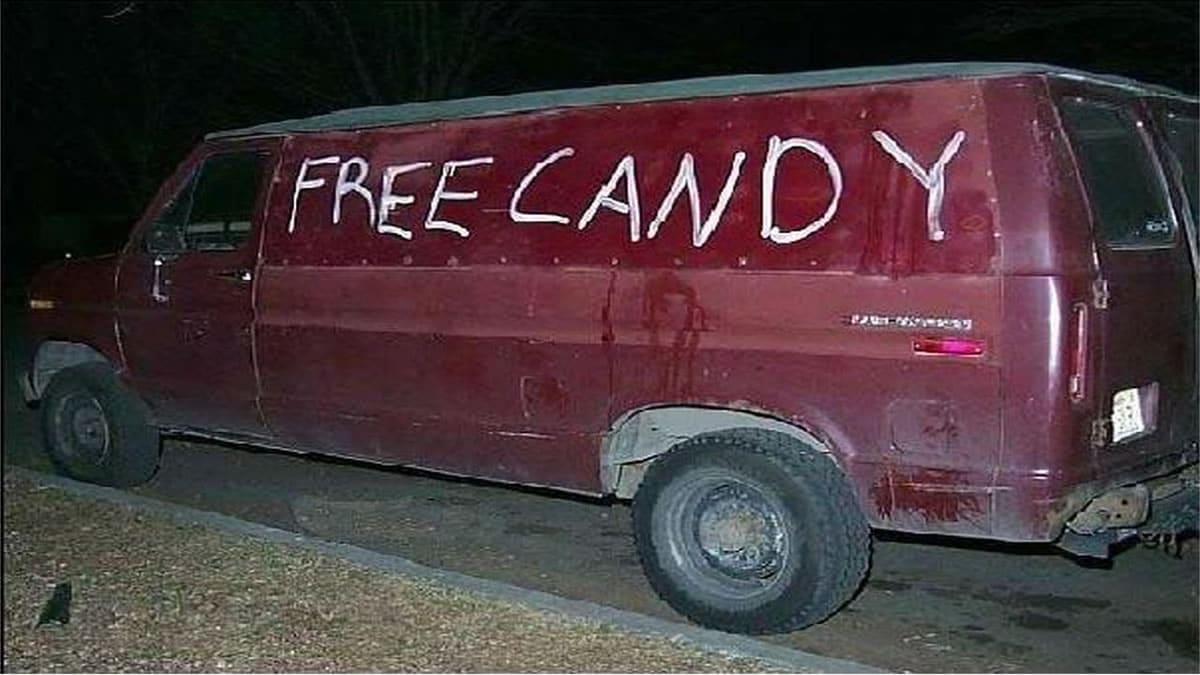 Probably a good idea not to get Halloween candy from this guy.

The spooky season culminates on Oct. 31, and as parents prepare to take their little ones door to door for confectionery treats, the usual warnings are making the rounds: Beware of drugs in Halloween candy.

It’s not an unreasonable fear, and there are certainly outliers to the idea that it’s just an urban legend. The New York Post reported this week [1] that a New Jersey mom discovered a suspicious baggie stamped with the comic book character Deadpool mixed in with treats her son received at a Halloween party. The report in the Post states, “The baggie was handed over to authorities and tested positive for heroin, according to Cape May County Prosecutor Jeffrey Sutherland.”

And earlier this month, according to CBS News [2], “The Johnstown (Pennsylvania) Police Department issued a warning on their Facebook page Thursday morning after authorities said they discovered ‘Nerds Rope edibles containing 400mg of THC’ while fulfilling a search warrant in Stoneycreek Township.”

However … two important things to note with these reports: In New Jersey, the mother opted to remain anonymous, choosing not to reveal her name. That’s certainly no crime, but it does taint the veracity of the report, at least as far as the heroin’s origins are concerned. And in Pennsylvania, the discovery of THC-laced Nerds Rope was seized at a home, weeks before Halloween, and there was no indication that the possessors intended to give it out to trick-or-treaters.

Caution, of course, is always warranted. But are drugs in Halloween candy a legitimate concern? 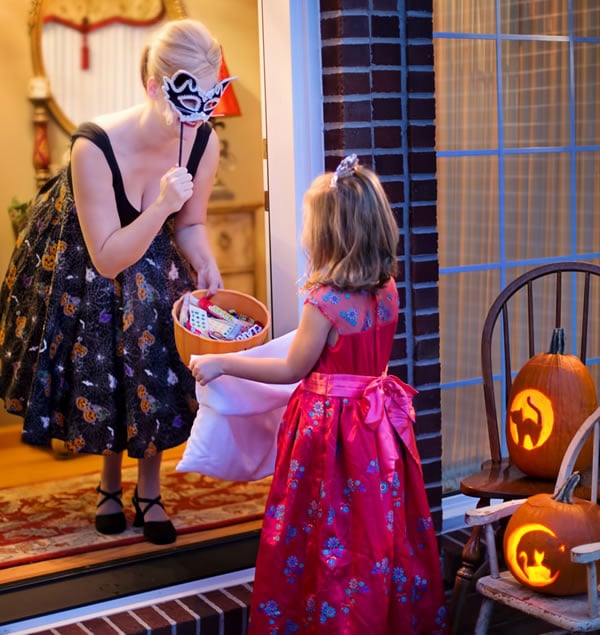 In an NBC News opinion piece, writer Simon Moya-Smith [3] traces the fear of tainted Halloween goodies back to a few real-life instances: In 1964, a “disturbed housewife” handed out treats containing arsenic; she later claimed it was a “joke,” and that some of the kids who rang her doorbell on Halloween were “too old.” She was later committed for psychiatric evaluation.

Secondly, Moya-Smith writes, there was a Texas case in 1974, in which a father murdered his 8-year-old son to collect on an insurance policy by putting cyanide in the candy confection Pixy Stix. (He was executed for that crime in 1984.) But the modern-day hysteria around THC-laced candy being handed out? “No one, absolutely no one, will be handing out marijuana edibles en masse to unsuspecting minors this Halloween,” Moya-Smith continues.

Writer Jennifer Chesak, in a piece for the website Greatest [4], concurs, and to expound on that pronouncement, she interviewed Dr. Joel Best, an author and a professor in the University of Delaware’s Department of Sociology and Criminal Justice. “Best,” Chesak writes, “has been studying deviant behavior since the late ’60s, and he took an interest in what’s now termed as ‘Halloween sadism’ — the concept that people are drugging kids or trying to kill them in other ways via their trick-or-treat loot.”

Going back to the 1950s, he found several cases linked to said sadism, one of which was the poisoned Pixy Stix in Texas. The rest? “None … originally linked to Halloween sadism that Best found in his research were actually at the hand of some neighborhood psychopath handing out tainted treats. All were later attributed to other causes, a heart condition, for example, or a kid getting into his uncle’s heroin stash.”

So why, then, do these concerns rear their heads every Halloween season? Best has a few theories, according to The Washington Post [5]: “This year’s scary health headlines about vaping THC, he guesses, may have created fertile conditions for worries about drug-laced Halloween candies to take root. Although that rumor has been circulating to some degree ever since some states started legalizing pot, it’s getting more attention this Halloween now that THC is in the news because of a spate of vaping illnesses and deaths.”

And there is a tenuous thread of precedence: In 1982, cyanide-laced Tylenol, tampered with in the Chicago area, led to a number of deaths in the weeks leading up to Halloween, and the national conversation naturally shifted toward the possibility of candy becoming a target. (About 40 cities canceled Halloween altogether that year, according to that Washington Post article [5].)

And it didn’t help that the flames of hysteria were fanned by pundits and commentators. Smithsonian Magazine recounts [6] how, in 1983, advice columnist Abigail “Dear Abby” Van Buren reminded readers that “[s]omebody’s child will become violently ill or die after eating poisoned candy or an apple containing a razor blade.” In 1995, her sister, Ann Landers, wrote a similar article that claimed “in recent years, there have been reports of people with twisted minds putting razor blades and poison in taffy apples and Halloween candy.”

But is drug-laced candy really a thing? 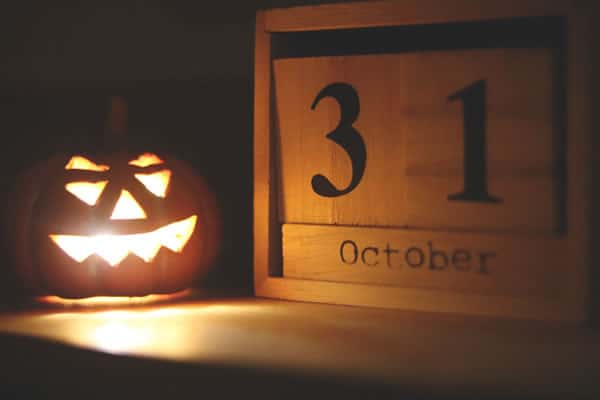 The reality is this, according to Smithsonian writer Dan Lewis [6]: You’re more likely to find cyanide in your refrigerator or your fruit basket than you are in Halloween candy. “The seeds of apples, mangos, and peaches contain trace elements of the poison,” Lewis writes. “But don’t worry—your body can handle small doses of cyanide. You would have to eat a dozen or two apple cores in a single meal in order to feel any meaningful effects.”

As for drugs? If you’re worried about THC-laced edibles, don’t be, Moya-Smith writes [3]: “edibles with THC purposefully don’t resemble candy for kids — especially in places such as Colorado and Washington state where such products are legal. There are laws banning any edibles shaped like animals, fruits, humans (which is weird anyway) or anything else that would entice a child to grab and eat one assuming it was regular candy … edibles that come from marijuana dispensaries are not cute at all — they’re bricks and blobs. If fact, they’re less appetizing than your average adult vitamin chewy from the health food store.”

However, if there’s one thing you can count on about Halloween, it’s that the warnings against such imagined dangers will continue to be trumpeted. Last year, the federal Drug Enforcement Agency issued an official warning from its St. Louis division [7] about “marijuana-laced and methamphetamine-laced candy this Halloween. These treats can look like traditional candies, but can have harmful effects if consumed by a child.” Why? Because “the DEA and law enforcement agencies throughout the country have seen an increase of seizures of drug-laced edibles, including but not limited to chocolates, suckers and gummies.” The principle of causation alone should tell any reasonable person that the latter does not lead to the former, but that hasn’t stopped Candygate from becoming an annual phenomenon as the spooky season approaches.

Those who cast a more critical eye at the circumstances, however, will probably find themselves agreeing with Jane C. Hu, writing for the website Slate [8]: “It goes without saying that yes, it’s good to remain vigilant on Halloween. The same common sense rules about what not to eat on any other day of the year also applies to trick-or-treat spoils: Don’t eat random pieces of unwrapped candy or anything else that seems off to you. But rest assured that, even in this age of weed-infused gummies, it’s incredibly unlikely kids are going to end up with marijuana candy. Because why would adults give away their marijuana over consuming it themselves?”

And therein lies the real reason that drugs in Halloween candy are a myth: No one who consumes drugs wants to give them away.

Look at it economically: As Moya-Smith points out about THC edibles alone [3], “Depending on what you buy, they can run between $10 and $20 —and even more than that in some places. Even CBD edibles — which lack the psychoactive component of marijuana and are more readily commercially (if not always legally) available — start at $1.50 per tiny, unwrapped piece. Nobody who purchases them is going to be giving them away like some cheap candy corn or Hershey's Kisses.”

Consumers of drugs, especially those addicted to “hard” drugs like cocaine, heroin and methamphetamine, spend a lot of money on these products — an estimated $150 billion in 2016 alone, according to the think tank Rand Corporation [9]. While there are certainly casual users who likely have drugs lying around the house in a place where they might get mixed up in, say, a bowl of Halloween candy, it’s estimated that roughly 21 million Americans have a substance abuse problem [10]. And those who have a substance abuse problem don’t approach using drugs with a take-it-or-leave-it attitude.

In other words, no one who consumes drugs is going to start tossing them into bags of unsuspecting trick-or-treaters. Are there psychopaths out there who would take delight in such a malicious act? Certainly. But by and large, popular culture has seized on rumors, gossip, innuendo and half-truths to make drugs in Halloween candy a time-honored tradition of All Hallow’s Eve. As Max Daly wrote for the website Vice in 2014 [11], “From crack-addicted squirrels and dealers putting brick dust in heroin, to cannabis being as addictive as heroin, to meth-fuelled cannibals, drug-scare stories have helped sell newspapers around the world for decades.”

Put simply: Drugs are expensive. Recreational users of THC products are often discriminating consumers who research what they’re buying and ingesting and aren’t likely to leave it beside the front door. Addicts often drive themselves to financial ruin, and many end up committing crimes of theft, burglary, robbery and more, to fund their habits before finally getting help at a rehab facility.

It doesn’t make sense, then, that either demographic would give away drugs as a Halloween gag.

In fact, Best points out, there are far more dangerous things to worry about on the night of Oct. 31: Emergency room visits “related to sending kids into the dark, getting hit by cars, and tripping over costumes,” according to that Slate piece [8] — not drugs in Halloween candy.