At the bitter ends of addiction, loved ones and family members are often so desperate that they wonder: Can drug rehab be forced?

Can they, as the parents or spouses or siblings or guardians of someone with a serious drug and alcohol problem, have that person committed to a drug and alcohol treatment facility against his or her will? To a lot of people, that may seem draconian, but for those who have experience with the ways in which addicts and alcoholics put their families through emotional distress, it’s completely understandable.

Unfortunately, the answer is often not one that those family members, who often feel so hopeless and under such duress, want to hear: Yes, but it’s almost impossible.

Can drug rehab be forced: How? 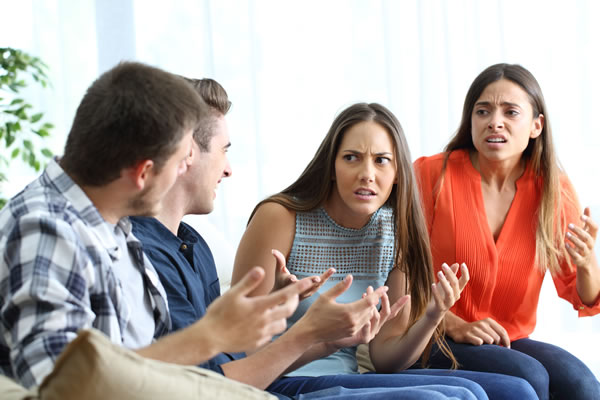 If you’re wondering, “Can drug rehab be forced?,” it’s important to understand the definition of “force.” We’re not talking about physically putting someone in the car and transporting them to a drug and alcohol treatment facility against that person’s will, which is known, in legal terms, as kidnapping.

No, “forcing” someone to go to rehab is referred to in legal circles as involuntary civil commitment. The Substance Abuse and Mental Health Services Administration defines involuntary civil commitment as “a legal intervention by which a judge, or someone acting in a judicial capacity, may order that a person with symptoms of a serious mental disorder, and meeting other specified criteria, be confined in a psychiatric hospital or receive supervised outpatient treatment for some period of time.”

However … in a majority of cases, addiction and/or alcoholism does not meet the legal definition of a “serious mental disorder.” Yes, many individuals who have a drug and alcohol problem often have co-occurring mental health needs that require dual diagnosis care, but a large number of facilities do not have a dedicated psychiatric team to address those issues. And because they don’t, as the American Medical Association’s Journal of Ethics says, “patients with medical or psychiatric comorbidities can be challenging for substance-abuse commitment facilities, which may not have staff with the necessary expertise to manage these additional concerns.”

That doesn’t mean it’s impossible: As of this writing, there are 37 states that allow for involuntary civil commitments because the individual in question has a serious drug and alcohol problem — but the burden of proof required to persuade the courts to commit those individuals against their will is incredibly difficult to meet.

Can drug rehab be forced: Why is it not a good idea? 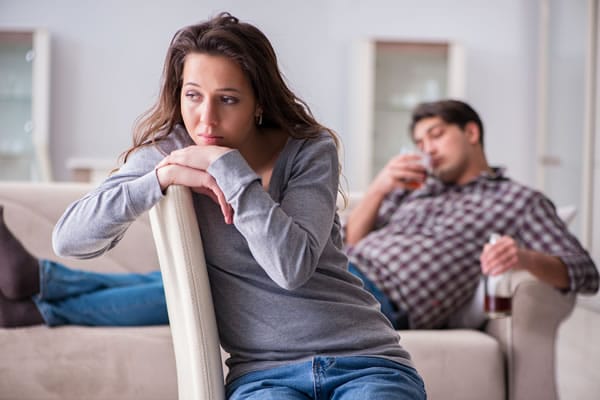 Such stringent burdens of proof are understandable, of course: As the nonprofit Partnership to End Addiction points out, “In order for a person to be involuntarily committed for addiction treatment, it first has to be proven the person is addicted to drugs or alcohol. Typically, there must also be evidence that the individual has threatened, attempted, or inflicted physical harm on himself or another person, or proof that if the person is not detained, he will inflict physical harm on himself or another person. Or the person must be so incapacitated by drugs or alcohol that he cannot provide for his basic needs, including food, shelter, and clothing, and there is no suitable adult (such as a family member or friend) willing to provide for such needs.”

But even if that burden of proof is met … even if loved ones have the financial means to press such legal maneuvers … can drug rehab be forced? The better question is, will the courts force it? The answer: Not very likely, for the simple reason that drug and alcohol treatment resources are stretched to capacity, according to the online publication The Daily Beast. Massachusetts, for example, has allowed courts to force addicts and alcoholics into treatment for more than 20 years, but because of overcrowded conditions in treatment facilities, the state had to pass a 2016 law that mandated women “involuntarily detained for drug abuse go to an actual treatment facility instead of jail.”

The bottom line: Giving beds to addicts who don’t want treatment will make it difficult for those who do to get the help they need, and the courts are loathe to put up stumbling blocks in a road to recovery that’s already fraught with them.

“There are waiting lists for treatment right now,” Dr. Raymond Bobb, an addiction doctor in Philadelphia, told The Daily Beast. “Plenty of people are seeking treatment and waiting for spots to open up, do these people supersede them?”

So what can be done? 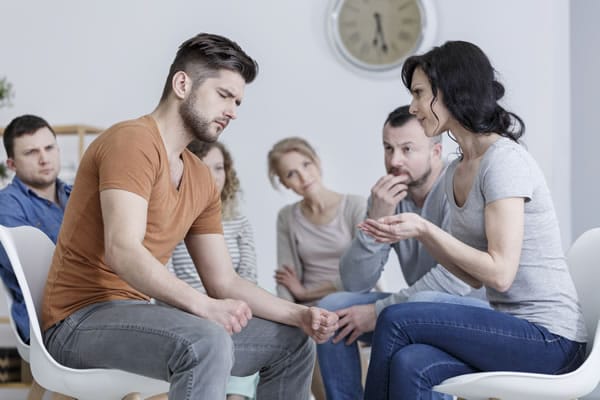 So can drug rehab be forced? Under certain narrow conditions, yes … as long as those seeking to do the forcing have a preponderance of evidence that convinces the court that the addict’s personal freedoms should be set aside for his or her health and well-being. If that gives you pause — and it should, because it’s an uphill battle — consider this, then:

There are other methods that, while not technically outright “force,” can at least nudge an addict or an alcoholic toward treatment. Interventions, for example, have been used successfully in a number of different circumstances. Interventions are, in short, gatherings of family members and loved ones who confront — in a calm, loving and supportive way — the addict or alcoholic about his or her problem. It can be difficult to accomplish without guidance, but a reputable drug and alcohol treatment center often has a trained interventionist on staff who can serve as an intermediary, advise you of do’s and don’ts in regards to the intervention process and provide you with reading material to steady your hand.

Many family members have found that a method known as “tough love” can also have the desired effect of getting an addict or an alcoholic to agree to treatment. Essentially, it’s a tool that removes the safety net from the lives of those who use drugs and drink without consequences, because concerned family members or loved ones are always there to pick up the tabs. Some examples of “tough love” may be as simple as refusing to pay a phone bill. It may be as extreme as evicting the person from you’re home. The point is this: The things you do to protect the addicts and alcoholics from the consequences of their addiction, whether it’s paying bills or bailing them out of jail, allow them to continue drinking and getting high without facing up to the full measure of their actions.

It's important to keep in mind, however, that while not the same as forced rehab, “coerced” treatment — which can include both interventions and tough love — can also leave out the critical component of effective addiction treatment, according to a 2018 article on the health news website Healthline: “What’s missing in both is a person with a drug or alcohol addiction embracing treatment voluntarily.”

At that point, the question pivots from, “Can drug rehab be forced?,” to, “how can I get my loved one to embrace treatment?” And that’s a question with no easy answer. There is one to be found, however — if you’re willing to seek out a facility that can help guide you through the process, get your addict or alcoholic to treatment and set them up for successful, long-term sobriety.