If you’re the loved one of an addict who’s been in and out of addiction treatment centers, then you’re no doubt wondering why drug rehab doesn’t work.

It’s not that it can’t work — an effective drug and alcohol treatment center provides the tools that any suffering addict or alcoholic can apply to their own lives and use as a basis for sobriety. However, that doesn’t mean that alcohol or drug rehab will work, and that can be chalked up to a number of reasons.

The biggest, according to the National Institute on Drug Abuse (NIDA)? “Treatment enables people to counteract addiction’s powerful disruptive effects on the brain and behavior and to regain control of their lives. The chronic nature of the disease means that relapsing to drug abuse is not only possible but also likely, with symptom recurrence rates similar to those for other well-characterized chronic medical illnesses — such as diabetes, hypertension, and asthma … that also have both physiological and behavioral components.”

And because addiction is such an insidious illness, the inability of an addict to stay clean and sober, even after treatment, is often deemed a failure — but as the NIDA points out, “This is not the case: Successful treatment for addiction typically requires continual evaluation and modification as appropriate, similar to the approach taken for other chronic diseases. For the addicted individual, lapses to drug abuse do not indicate failure—rather, they signify that treatment needs to be reinstated or adjusted, or that alternate treatment is needed.” 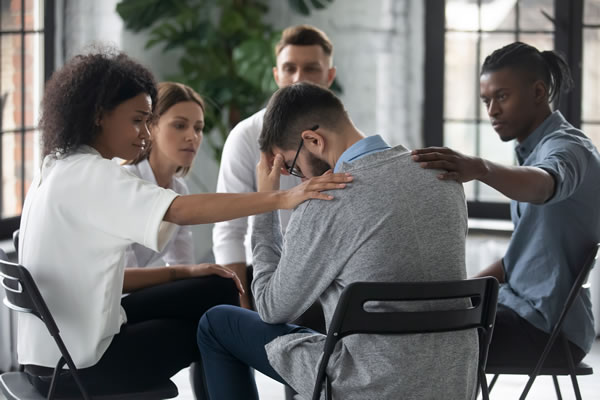 To get a better understanding of why drug rehab doesn’t work, it’s important to differentiate between effective addiction treatment, and those programs that claim to offer it but don’t have the means, methods or capabilities to do so. What does that mean? That while 12 Step programs have proven beneficial for thousands, if not millions, of addicts and alcoholics, creating a treatment center based solely on 12 Step, abstinence-based therapy is often seen as an outdated model.

Drug rehab, as it’s most frequently known, came about during the 1950s, when a treatment center in Minnesota, which would become the Hazelden Foundation, gave birth to what’s known as the “Minnesota model,” writes Sacha Z. Scoblic for a 2013 article in The New Republic. As “this Minnesota model attracted more people from AA … the prototype for modern-day rehab was born, guided by… ‘the folk wisdom of recovering people, particularly through the perspectives of Alcoholics Anonymous and related twelve-step programs,’” according to Scoblic. While that wisdom can serve as a firm foundation for drug and alcohol treatment, Scoblic continues, “moral principles are not medical treatment. And using AA as the only rehabilitation treatment — rather than as an adjunct to treatment — defies the reality that there are many different effective treatment methods.”

Writing in 2017 for The Daily Beast, Christopher Moraff is even more emphatic: “For the better part of 40 years the recipient of that check has almost exclusively been a drug or alcohol treatment facility based on the 12 Steps of Alcoholics Anonymous — a self help-style system developed by and for alcohol abusers more than 80 years ago, when neuroscience was in its infancy. Nevertheless these programs have a virtual monopoly on the provision of addiction treatment, so much so that even the most astute observer is unable to distinguish abstinence-only rehab from more effective treatment modalities.”

So how does one determine whether a drug and alcohol treatment center is effective? What should potential clients look for to ensure that drug rehab does work? The NIDA puts it succinctly: “Treatment varies depending on the type of drug and the characteristics of the patients. Matching treatment settings, interventions, and services to an individual’s particular problems and needs is critical to his or her ultimate success in returning to productive functioning in the family, workplace, and society.”

In other words, the more comprehensive services that are offered, the more effective treatment will be. Abstinence-based facilities can be quite therapeutic, if the 12 Step model is balanced by evidence-based psychotherapies. Tools such as Cognitive Behavioral Therapy, Cognitive Processing Therapy, Dialectical Behavior Therapy, Trauma Therapy and more are all recognized as effective methods of treating the psychological issues surrounding addiction and helping those who suffer understand that it’s not just about stopping the use of drugs — it’s about addressing the reasons why those individuals continue to use.

But Why Doesn’t It Work? 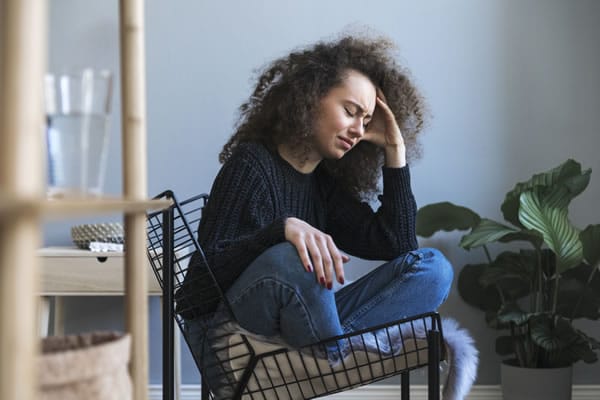 It’s absolutely critical to understand that addiction is a chronic disease. What does that mean? According to the NIDA, “The chronic nature of addiction means that for some people relapse, or a return to drug use after an attempt to stop, can be part of the process … relapse rates for drug use are similar to rates for other chronic medical illnesses. If people stop following their medical treatment plan, they are likely to relapse.”

So what does a treatment plan look like? It’s entirely dependent on the individual and the facility. Reputable facilities will craft individualized treatment plans that best meet the needs of the patient. For example, one patient’s drug use may be tied up in psychiatric issues, like depression or bipolar disorder, which means dual diagnosis treatment is critical. Another patient’s drug use may be connected to deep-rooted childhood abuse or trauma, which means that Trauma Therapy is essential to unraveling the ties it has to addiction. As the NIDA adds, “Behavioral therapies help people in drug addiction treatment modify their attitudes and behaviors related to drug use. As a result, patients are able to handle stressful situations and various triggers that might cause another relapse.”

So how do those behavioral therapies work? According to a 2007 article in the Harvard Mental Health Letter, “Social skills and problem-solving training show them how to refuse offers of drugs, develop other interests and skills, handle stress without recourse to intoxication, and recruit the remaining strength of the frontal cortex to stop and think about the consequences of relapse. Cognitive therapy teaches them to dismiss catastrophic thinking that turns temporary relapses into disasters. Contingency management changes their incentives by providing praise and small rewards for resisting the drug. Through couples and family therapy, the addict appeals to loved ones for support. Group therapy and self-help groups help addicts find new companions and show them how to help themselves by helping others. Therapeutic communities remove addicts from environments pervaded with reminders of the drug.”

In other words: Effective drug and alcohol treatment isn’t just about abstinence — it’s about helping those afflicted discover the tools to modify behavior, control impulse, derail obsessive thoughts and compensate for the very real biological changes that take place in the brain.

And sometimes, that means modifying those therapies after a relapse. Asking “why drug rehab doesn’t work” is sometimes the wrong question — a better question might be, “how can drug rehab work better?” And that’s a question that good addiction treatment providers ask themselves on a regular basis.