For individuals with no frame of reference, it’s not surprising when they ask, “Is rehab like jail?”

After all, pop culture has painted myriad pictures of what a drug and alcohol treatment center looks like on film and in television shows, and they’re usually not pretty. Pain and misery make for a better narrative, after all, so focusing on the intensity of drug and alcohol withdrawal in spartan settings overseen by callous and uncaring counselors might seem dramatic, but it bears little resemblance to reality.

However, it’s little wonder that individuals whose only familiarity with drug and alcohol rehab see such depictions and wonder, “Is rehab like jail?”

The short answer: No. But let’s delve into why.

First of all, most addicts and alcoholics who come to rehab do so voluntarily, so from the very beginning, their treatment experience is going to be a far different one than incarceration. But what about individuals who have to go to rehab as part of their sentencing? It’s important to remember that even then, they have a choice: They can do their time behind bars, or they can go to treatment, but even if they choose the latter, they're not going to be held behind bars.

Conventional addiction recovery is designed as a program for those who want it. Granted, there are those who go to rehab to get out of consequences — to keep their jobs, to flatten their jail time, to save their marriages. But even then, they’re still making a choice. If you’ve been handed a jail sentence because you’ve violated the law, that’s not a choice. No one (well, most people anyway) chooses to go to jail … but because of the decisions we make under the influence of alcohol and drugs, it’s often a destination.

However, research continues to demonstrate that even those with a substance abuse problem who are arrested and incarcerated can benefit from drug and alcohol treatment. According to the National Institute on Drug Abuse (NIDA), “Decades of science shows that providing comprehensive substance use treatment to criminal offenders while incarcerated works, reducing both drug use and crime after an inmate returns to the community. Treatment while in jail or prison is critical to reducing overall crime and other drug-related societal burdens — such as lost job productivity, family disintegration and a continual return to jail or prison, known as recidivism.”

While those who are offered an opportunity to go to rehab as a way of reducing their sentence may often do so reluctantly, they can still benefit from the treatment they receive. And what they usually find, upon entering treatment, is that by and large, rehab facilities are most definitely unlike jail.

For one thing, there aren’t armed guards on the premises. Again, that goes back to the foundation of 12 Step recovery, which provides a model for most contemporary drug and alcohol treatment. The literature of 12 Step programs states that they’re ones of attraction rather than promotion, and they’re certainly not designed to be coercive. While individual patients who disrupt the treatment process are sometimes discharged for behavior that endangers the community, the entire treatment paradigm is built on the idea that patients need empathy, understanding, nurture and encouragement in order to change their behaviors and succeed. That alone makes for a much different environment than jail, where guards and administrators enforce rules and strict schedules first and foremost and providing rehabilitation is secondary, if it takes place at all. 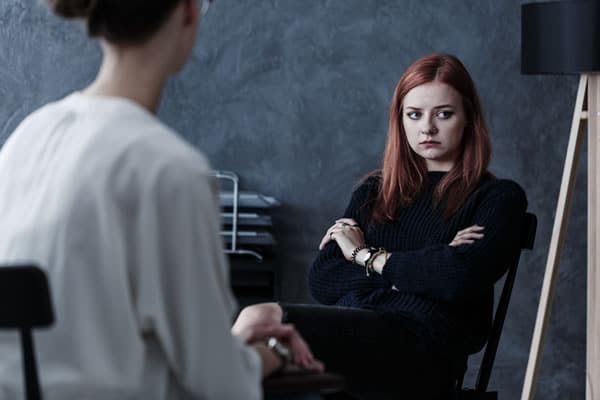 Many people who aren’t addicts or alcoholics asking “Is rehab like jail?” do so for one reason: They have a hard time buying into the scientific and medical opinion that addiction is a disease. The disease concept is still a socially controversial topic, and individuals who take a draconian stance on crime and punishment feel that attributing criminal actions to an illness rather than felonious behavior gives addicts and alcoholics an “excuse.”

However, such thinking demonstrates a misunderstanding of the recovery process. The 12 Steps themselves call for a rigorous accounting of an individual’s thinking, actions and the harm they’ve caused to others, and there’s are specific Steps set aside for listing amends that are needed, and making amends to those who have been harmed. Addicts and alcoholics who go to rehab aren’t given a “get out of jail free” card simply by having the disease of addiction.

If anything, drug and alcohol treatment is more difficult than doing time, because if successful, the individual addict or alcoholic makes the changes necessary so that they don’t continually repeat the behaviors that got them arrested in the first place. As Wayne Lipton writes for the Huffington Post, “We need treatment alternatives to jail time, with access to adequate drug rehabs as sentencing. We can punish people for the crimes committed to get the drugs, but that’s not the solution for treating the mental illness associated with the offenses.”

To put it another way, rehab is a way of saving tax dollars, according to the NIDA: “In 2007, it was estimated that the cost to society of drug abuse was $193 billion … a substantial portion of which — $113 billion — is associated with drug-related crime, including criminal justice system costs and costs borne by victims of crime. The cost of treating drug abuse (including health costs, hospitalizations, and government specialty treatment) was estimated to be $14.6 billion, a fraction of these overall societal costs.”

Talking about punishment is well and good, and no one is arguing that those who break the law shouldn’t have to answer for their crimes. However, if the “answer” doesn’t involve giving them the tools necessary to change, then is it really an answer? It’s simply a way of removing them from society temporarily, but here’s the thing: Recovery teaches anyone, in rehab or in 12 Step meetings, that simple abstinence isn’t enough. To truly recover from the disease of addiction, an individual needs tools to modify his or her thinking, behavior and lifestyle. 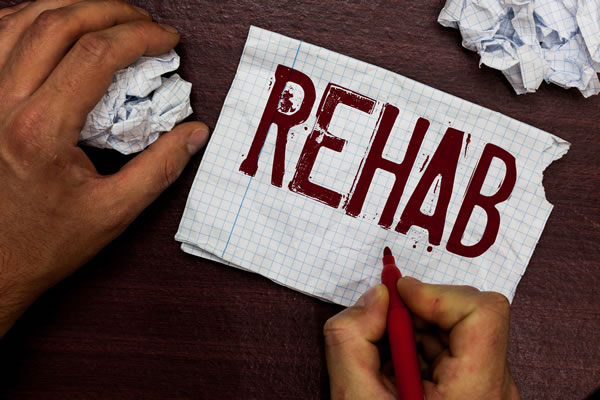 If you’re wondering, “Is rehab like jail?,” that’s the biggest difference: Rehab is educational, whereas jail is punitive.

There are, of course, other differences besides the fact that there are no bars on the windows or guards patrolling the hallways. For one thing, you get a semi-private room in most drug and alcohol treatment centers, with a bed that’s a lot more comfortable than a jail cot. The food is better than what you’re served in jail. You have the freedom to walk the grounds, and at some rehab centers, you can walk trails, participate in Activity Therapy that will put you on a ropes course or spend time in a state-of-the-art fitness center.

You’re not going to be awakened for count, but you will be accounted for. You won’t be shackled. You won’t be escorted by an officer wherever you go. You won’t have to navigate the idiosyncrasies of jail culture to choose allies and watch your back for enemies. And you won’t have to wear a jumpsuit that identifies to the rest of the world that you’re being punished for a legal offense.

But most importantly, you’ll learn about the disease of addiction: what it is, why you suffer from it and what you can do about it. You’ll receive help instead of punishment, and you’ll receive something that’s more invaluable than anything tangible: hope.

“Is rehab like jail?” Absolutely not, because as the American Civil Liberties Union points out, “Drug addiction has become one of the many social problems that we've relegated to the criminal justice system. But as with homelessness and mental illness, handcuffs and jail cells haven't made things better and have cost much more than the treatment and services that can.”

A great many addicts and alcoholics who do spend time in jail are terrified of returning, but they never get the help they need to keep them from doing so. Without those tools, their opportunities for long-lasting addiction recovery are grim: As the website World Population Review points out, “According to the National Institute of Justice, almost 44% of criminals released return before the first year out of prison. In 2005, about 68% of 405,000 released prisoners were arrested for a new crime within three years, and 77% were arrested within five years.”

Addiction treatment can make a world of difference — and in asking “is rehab like jail?,” that’s vitally important to keep in mind. No one is enthusiastic about going to rehab … but even if you choose to go reluctantly, you’re still making a choice, and that’s something that so many individuals who face jail time as a consequence of their alcohol and drug use don’t get.