If you’re wondering when to go to alcohol rehab, know this: It’s probably time.

To put it simply: Most people who don’t have a drinking problem don’t contemplate whether they need treatment for it. That’s not to say that every individual who struggles with drinking recognizes that there’s a problem — after all, 6.3% of Americans ages 18 and older drank heavily in the previous month, according to the 2019 National Survey on Drug Use and Health — but if you’re trying to determine when to go to alcohol rehab, then you’re well aware it’s an issue.

So rather than asking when to go to alcohol rehab, the better question is: Why are you putting it off? 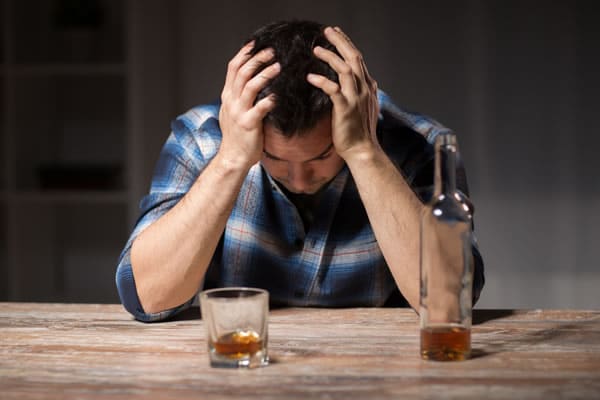 “Alcoholism” is catch-all term that needs some specificity, if you’re trying to figure out when to go to alcohol rehab. The official diagnosis for those who struggle with a drinking problem is known as alcohol use disorder (AUD), according to the National Institute on Alcohol Abuse and Alcoholism (NIAAA): “a medical condition characterized by an impaired ability to stop or control alcohol use despite adverse social, occupational, or health consequences. It encompasses the conditions that some people refer to as alcohol abuse, alcohol dependence, alcohol addiction, and the colloquial term, alcoholism.”

So how is it diagnosed? The NIAAA says that “individuals must meet certain criteria outlined in the Diagnostic and Statistical Manual of Mental Disorders (DSM). Under DSM–5, the current version of the DSM, anyone meeting any two of the 11 criteria during the same 12-month period receives a diagnosis of AUD. The severity of AUD — mild, moderate, or severe — is based on the number of criteria met.”

So what are the 11 signs you might have a drinking problem? Answering yes to two or more of the following questions: In the past year, have you

Answering yes to two to three of these questions indicates a diagnosis of mild AUD; four to five indicates a moderate AUD; and six or more is a sign of severe SUD.

When To Go to Alcohol Rehab: Which One Qualifies? 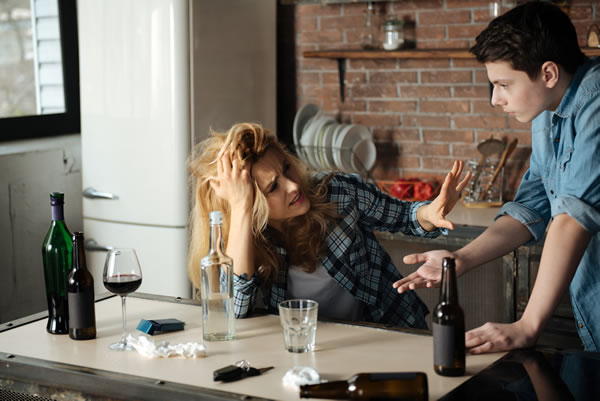 As the NIAAA points out, “If you have any of these symptoms, your drinking may already be a cause for concern. The more symptoms you have, the more urgent the need for change … however severe the problem may seem, most people with AUD can benefit from treatment.”

Figuring out what type of help you need is just as important as determining when to go to alcohol rehab. For example, a great many individuals with a mild AUD find that behavior modification alone can course-correct their illness. Because AUD is a spectrum, not everyone who finds themselves with a mild AUD needs detox for alcohol withdrawal combined with residential alcoholism treatment … but because “lasting changes in the brain caused by alcohol misuse perpetuate AUD and make individuals vulnerable to relapse,” the NIAAA adds, not every effort at behavior modification is successful.

Fortunately, there are a number of resources available for individuals who qualify as a mild or even moderate case of AUD, such as 12 Step programs like Alcoholics Anonymous. Professional help is available through individual counseling or through an outpatient treatment program, which provides therapy sessions several hours a day, four days a week, and helps “supercharge,” in a sense, the restorative process of sobriety.

However, it’s important to note that while a great many individuals who don’t seek help of any kind are able to modify or eliminate their alcohol usage, a great many continue to fall back into the same patterns. And research has demonstrated that it does get worse over time: “In most alcoholics, the disease had a progressive course, resulting in increasing alcohol abuse or stable abstinence,” according to a 1996 study published in the journal Alcohol Health and Research World.

For those individuals, as well as problem drinkers who realize they have a severe alcohol use disorder, figuring out when to go to alcohol rehab becomes a matter of expediency, because the risks associated with continued heavy drinking are great: In addition to short-term risks such as injuries due to accidents or violence and the likelihood of alcohol poisoning, the Centers for Disease Control points out there are a number of long-term consequences:

In other words: If you know you have a severe drinking problem and are wondering when to go to alcohol rehab, there’s no time like the present.

When To Go to Alcohol Rehab: How Will It Help? 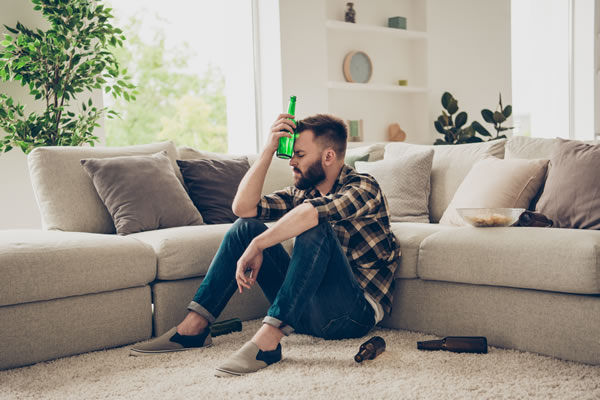 In determining when to go to alcohol rehab, it’s also important to ask why you’re going to alcohol rehab. A professional drug and alcohol treatment facility, for example, isn’t going to help you learn to “control” your drinking. While there are programs out there that tout such tools of moderation, many of them are designed for individuals who are still on the mild spectrum of AUD. Individuals with severe AUD have often tried a number of different ways to achieve moderation, to no avail, and if you’re a problem drinker who thinks there’s a form of therapy out there that will help you return to a “normal” state of drinking, you may very likely be chasing a fool’s errand.

That’s not to say it can’t be done, but a great many alcoholics, to revert back to that colloquial term, find that abstinence is the only answer to avoid those long-term consequences of sustained drinking. What’s more, they often discover, through a drug and alcohol treatment program that employs a number of therapeutic processes, that abstinence alone isn’t enough.

What do we mean by that? According to the American Psychological Association, “Problem drinking has multiple causes, with genetic, physiological, psychological, and social factors all playing a role. Not every individual is equally affected by each cause. For some alcohol abusers, psychological traits such as impulsiveness, low self-esteem and a need for approval prompt inappropriate drinking. Some individuals drink to cope with or 'medicate' emotional problems. Social and environmental factors such as peer pressure and the easy availability of alcohol can play key roles. Poverty and physical or sexual abuse also increase the odds of developing alcohol dependence.”

In other words, problem drinking is often tied up in a number of underlying causes, and a robust alcohol treatment program can help untangle them. Whether it’s simply a habit that grew out of control or one that was maintained for years as a way to cope with a particular trauma, drinking — for those with a serious problem — is rarely just about the substance itself.

It's about why those individuals continue to return to that substance, in spite of the negative consequences and the clear indication that it’s become a serious problem. And that, more than anything else, should play a role in providing the answer of when to go to alcohol rehab: If alcohol has become an emotional anesthetic for pain or a coping mechanism for life, then it’s being used in a way that’s so much more personal than simply a tool for relaxation.

It’s become a drug, and you likely need help to get sober.