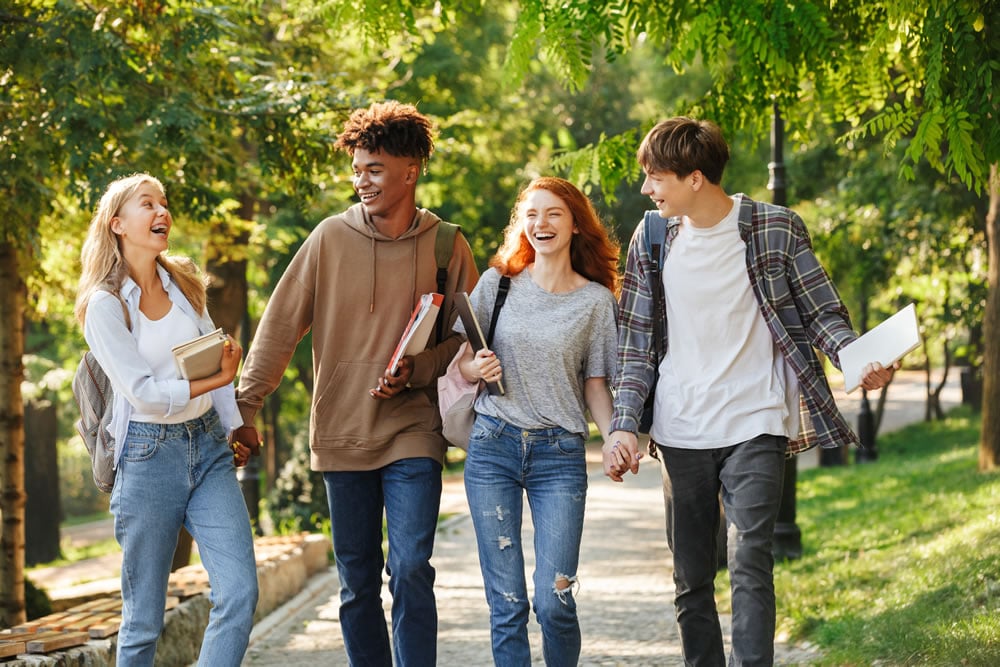 We’re in the second half of summer, and across the country, college campuses are preparing to open their doors for an influx of new students. And as they ready themselves to send their teens off to get a higher education, many parents may be wondering how to talk to their college students about drugs and alcohol.

It’s a legitimate concern, given the stereotype of the wasted co-eds that populate Hollywood movies. (“Animal House,” anyone?) However, there’s both good news and bad news when it comes to college students who choose to drink and try drugs.

First, the good news: According to the American College Health Association’s fall 2018 Undergraduate Reference Group Report [1], the perception of college students who drink is much higher than what’s reported: The “perceived use” by college students of any alcohol within the previous 30 days of the reporting period is a whopping 92.9% … but the actual use, according to the survey, is only 58.9%. And marijuana? Most respondents surveyed believe that more than 85% of college students have smoked it within the last 30 days … but the actual usage amounts to only 21%.

So hey, college students aren’t getting plastered and blazing up at the rates most people think they are. But within those numbers are certainly some causes for concern: More than 11% of college students report drinking anywhere from 10 to 29 days out of the previous 30-day reporting period. Three percent reported smoking weed every day. More than 14 percent said they drove after drinking in the previous 30 days. Almost 10% reported using prescription drugs that weren’t prescribed for them in the previous 12 months. And more than 4% reported “seriously considered suicide” after drinking alcohol in the previous 12 months.

What does all of that mean? Colleges aren’t the dens of debauchery and iniquity popular culture might lead us to believe, but there is some risk for those who choose to experiment with alcohol and drugs.

So how do you talk to your college student about drugs and alcohol? 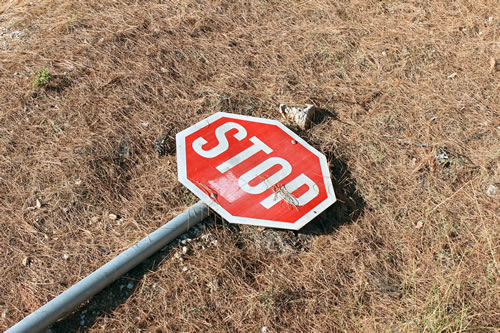 Any parent alive in the 1980s remember First Lady Nancy Reagan’s famous anti-drug crusade. “Just say no” became a catchphrase, D.A.R.E. programs were implemented in schools around the country and students were given a crash course in the perils of drug abuse. But did they have any effect?

According to a 2014 article in Scientific American [2], “a meta-analysis (mathematical review) in 2009 of 20 controlled studies by statisticians Wei Pan, then at the University of Cincinnati, and Haiyan Bai of the University of Central Florida revealed that teens enrolled in the program were just as likely to use drugs as were those who received no intervention.”

What’s more, the article goes on to report, “D.A.R.E. programs might occasionally backfire when it comes to the use of milder substances, such as alcohol and cigarettes. In a 2002 review psychologist Chudley Werch, now president of PreventionPLUSWellness in Jacksonville, Fla., and health educator Deborah Owen of the University of North Florida reported a slight tendency for teens who went through D.A.R.E. to be more likely to drink and smoke than adolescents not exposed to the program. Small negative effects for D.A.R.E.-like programs on drinking and smoking were also reported in a 2009 study by public health professor Zili Sloboda of the University of Akron and her colleagues.”

Do: Actually talk to your college student about drugs and alcohol

Ideally, parents begin to talk about drug and alcohol use with their children before college. After all, the National Institute on Drug Abuse’s annual Monitoring the Future survey [3] shows that past-year use of drugs other than marijuana is found in some students even in middle school: “6.1 percent of 8th graders, 9.6 percent of 10th graders, and 12.4 percent of 12th graders” acknowledge that they’ve tried those substances in the previous 12 months.

While that’s certainly cause for concern, there is a silver lining: Those numbers are holding steady at the lowest levels in more than 20 years, and “among 12th graders, the rate of past-year use of illicit drugs other than marijuana has declined by 30% in the past five years.” There are a number of reasons for that, but frank and honest conversations with teens in those age groups plays a big part and can carry through to college: One study [4], conducted in 2014, revealed that parents can help lessen the amount their university freshmen drink if they open a dialog in high school and maintain it through the first year of college.

“Nothing will shut down a conversation faster than judging or immediately disapproving of their choices,” writes Jennifer See, a professional addiction counselor, in the publication Collegiate Parent [5]. “While it’s easier said than done, if your student opens up to you, just listen. Don’t yell or disapprove, even if you're upset by what they are telling you. Your reaction will set the tone, and establish a precedent, for any future conversations.”

By the same token, don’t swing too far in the other direction either, See adds: By laughing it off as harmless college behavior or telling war stories about your own inebriated young adult years, you’re sending a message of tacit approval, and that brings up a whole other set of concerns: “Many students I’ve treated in my clinic have told me that their parents reacted this way when their drug or alcohol use was discovered. Often these teens and young adults were subtly (or not so subtly!) letting their parents know that their drinking or smoking was getting out of hand.”

Do: Set standards of behavior and conduct

Just because your child is no longer living under your roof doesn’t mean that they’re free and clear to do as they choose, especially if you still have some control over their lives. If you’re paying for college — or their car, or their insurance, or their rent, or their phone bill — then you have a certain amount of influence you can exert. It’s not unreasonable to tell them that problems caused by drugs and alcohol — educationally, legally or otherwise — will come with certain consequences. That’s not draconian; that’s just practical. 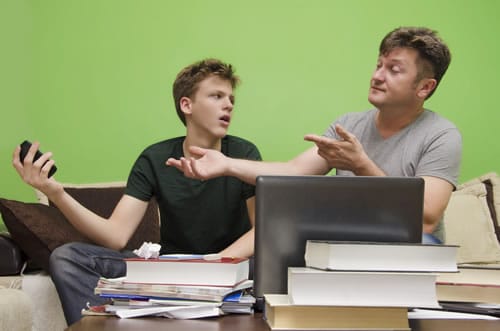 We’ve all heard the term “helicopter parenting” — the constant, hovering presence of an authority figure that can have detrimental effects on a young person’s development. While college students may have left the nest, that doesn’t necessarily stop helicopter parenting, and it certainly doesn’t mitigate its effects: One study, according to a 2015 article in Psychology Today, “found that over-intrusive, over-controlling, over-protective parenting correlated significantly with students’ higher levels of narcissism and a reduced ability to cope emotionally with setbacks.”

The key is to give your kids enough independence to develop as responsible, productive, independent members of society while retaining enough foresight to wisely shape their easily influenced decision-making skills. That balance can make a world of difference in whether college students choose to experiment with drugs and alcohol — knowing they can talk with their parents without reprisal, but also understanding that there are expectations of self-control and personal responsibility.

As Dr. Alan Leshner of the National Institute on Drug Abuse points out [6], “To be sure, no one ever starts out using drugs intending to become a drug addict. All drug users are just trying it, once or a few times. Every drug user starts out as an occasional user, and that initial use is a voluntary and controllable decision. But as time passes and drug use continues, a person goes from being a voluntary to a compulsive drug user. This change occurs because over time, use of addictive drugs changes the brain — at times in big dramatic toxic ways, at others in more subtle ways, but always in destructive ways that can result in compulsive and even uncontrollable drug use.”

Addiction can and does happen to everyone. No one is immune, and there’s no blood test that can be taken to pinpoint exactly who will and will not develop an addiction. Because addiction is a brain disease, and the brain is a wonderfully complex organ that’s unique in every individual, what may trigger one person’s addiction may be another’s casual use. There’s simply no way to tell, and communicating that experimentation is a form of Russian roulette is a more way to talk to your college student about drugs and alcohol.

It’s all too easy, when talking to your college student about drugs and alcohol, to chalk up casual drug use and overindulgent drinking as part and parcel of the college experience, but that can also be a form of denial. “Denial,” writes Dr. Carl Pickhardt in a 2017 Psychology Today article, “is the intellectual act by which people discount or block out the evidence of their experience: the existence of a past hurt, of a current problem, or of a potential danger in their lives. As substance use becomes more serious, denial just gets more powerful with the young person stubbornly refusing to acknowledge how the need for, and effect of substance use is altering their life.”

And because parents want to believe the best about their children, they, too, can fool themselves into thinking there’s no problem. Unfortunately, denial is a slowly rising tide of disaster in which one or both parties refuses to accept the evidence at face value and choose to do something about it. If you notice worrisome changes in your student’s personality, habits or lifestyle, don’t pretend that it’s a phase. Don’t tell yourself it will go away. Because while it might, are you prepared for what happens if it doesn’t?

Do: Know when to ask for help 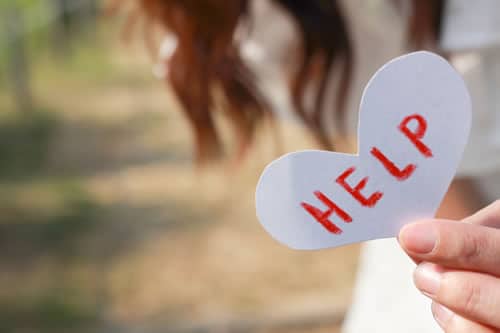 Addiction and alcoholism are legitimate medical illnesses, but there’s a large segment of society that still treats them otherwise. Because of that, far too many parents cringe at the thought of their children wearing such a label. As a result, by the time they’re finally ready to intervene, the problem has progressed to the point that the consequences are often disastrous.

It doesn’t have to get that bad. You can familiarize yourself with mental health resources on your child’s campus, and you can investigate addiction treatment options in your area. At the very least, you can encourage your child to take an honest and thorough assessment of their drug and alcohol use [7], and most drug and alcohol treatment centers can provide one as well.

Asking for help isn’t a sign that you’ve failed as a parent, or that your college student has failed at life. After all, would you feel that way about any other disease? Probably not. As a concerned parent, you’d want to get the best help available for your child.

Addiction and alcoholism don’t follow the conventional patterns of presentation and progression, but that doesn’t make them any less of a disease. Hopefully, your college student doesn’t fall victim to them, but your support, if they do, is critical. And by having these conversations, you might just be the lifeline they need if it comes to pass.