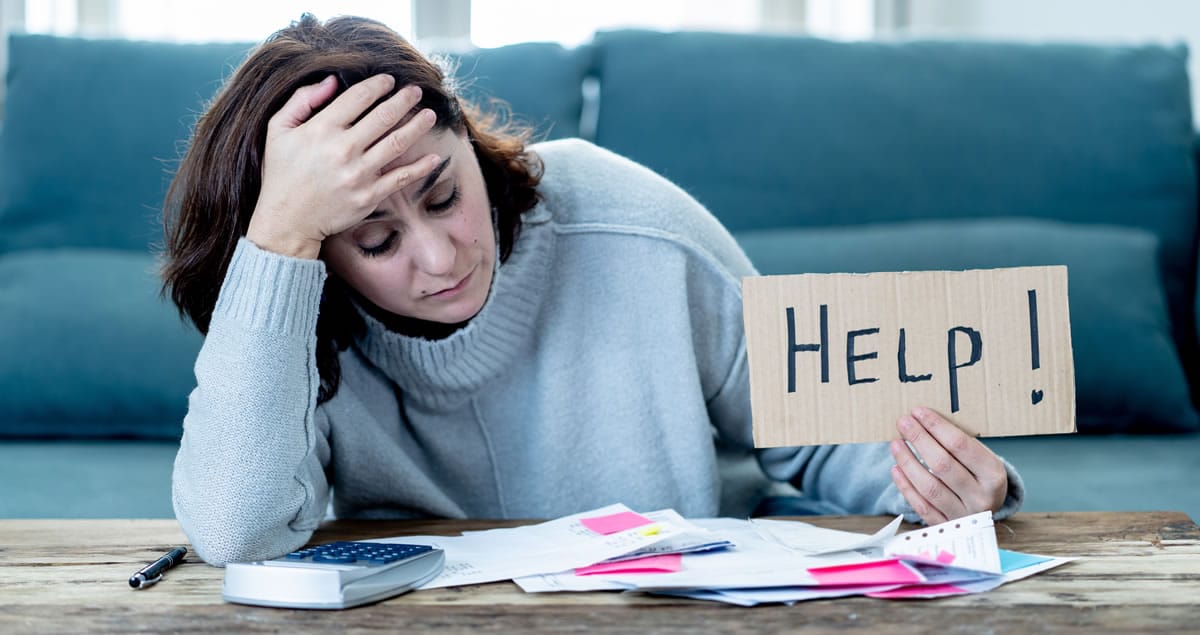 Without a doubt, one of the biggest hurdles to finding help for an alcohol or drug problem is how to pay for rehab or addiction treatment.

Federal statistics bolster that: According to the 2015 National Survey on Drug use and Health, an estimated 21.7 million Americans — more than 8 percent of the population — needed drug and alcohol treatment during the previous year, but only 2.3 million actually received the help they needed. Money, no doubt, plays a part in that inability to receive care for what both science and medicine recognize as legitimate medical conditions.

Figuring out how to pay for rehab or addiction treatment can be frustrating and perplexing, and more often than not, a cursory examination of the ways to do so can leave you feeling more hopeless than ever. However, it’s important to take into consideration every conceivable way to get the help you or a loved one needs, because the harsh reality of addiction is this: It’s not going to get any better on its own.

Yes, drug and alcohol treatment, like every other medical procedure or service, costs money. And conventional wisdom tells us that a great many addicts and alcoholics aren’t exactly flush with cash. However, there are several options that should be taken into consideration.

How to Pay for Rehab or Addiction Treatment: Health Insurance 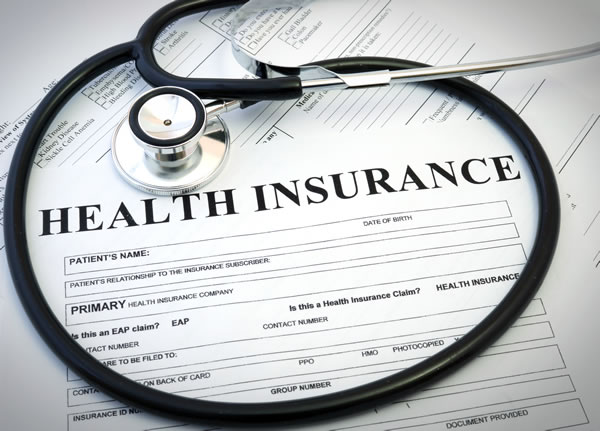 Whether you have private or government-sponsored health insurance, know this: You’re entitled to parity. What that means is, under a 2008 federal law, insurance companies are required to treat addiction and alcoholism just like every other medical problem in terms of access to treatment. On top of that, 43 states have laws on the books that mandate group health insurers provide coverage for addiction treatment services just as they would any other prescribed medical treatment.

In other words, if you have insurance and you’re wondering how to pay for rehab or addiction treatment, you’re entitled to coverage. So how does that work? In much the same way as your insurance would cover any other medical claim. To figure out what, exactly, is covered, it’s important to read over your Summary of Benefits and Coverage (SBC), a set of industry regulations that details what is and is not covered by each company.

Take, for example, the SBC for BlueCross BlueShield of Tennessee’s Silver S01S Network S plan, which can be found online. According to those benefits, the deductible is $700 per person or $1,400 per family. After the deductible, the plan pays for 50 percent of both residential inpatient addiction treatment and outpatient addiction treatment. However: The SBC also points out that prior authorization is required, and the facility must be in-network with BCBS of Tennessee.

So what does that mean? In examining your treatment options, it’s imperative you find a facility that accepts BlueCross BlueShield of Tennessee, and then obtain permission from BCBS to use your benefits at that facility. The good news is that Admissions counselors at many reputable drug and alcohol treatment centers will go through the prior authorization process for you or with you. Ideally, those staffers will receive the prior authorization, tabulate how much the insurance company will pay vs. the cost of treatment and give you an estimate of what your out-of-pocket expenses will be.

And many insurance plans, it should be pointed out, have an out-of-pocket limit, which is the maximum amount you’ll pay annually for services that are covered by the company. BCBS of Tennessee, for example, caps customer expenditures at $7,800 per person or $15,600 per family. What that means is that once you’ve paid your deductible and reached the threshold on out-of-pocket expenditures for the 50 percent of drug and alcohol treatment for which you’re responsible, the rest of the tab is picked up by the company. What’s more — many treatment facilities can work out a financial payment plan so that if you’re unable to pay your part of the bill up front, you’re able to make monthly payments on the difference until it’s paid off.

Granted, this all sounds great on paper, but complications do arise. If your insurance is obtained through your employer, or through the employer of one of your parents, then it would be wide to contact the plan administrator, usually someone in human resources or an Employee Assistance Provider. The path to recovery may seem labyrinthine, but it can be obtained, if you have insurance, with a little effort and determination.

What About Government-Sponsored Health Insurance? 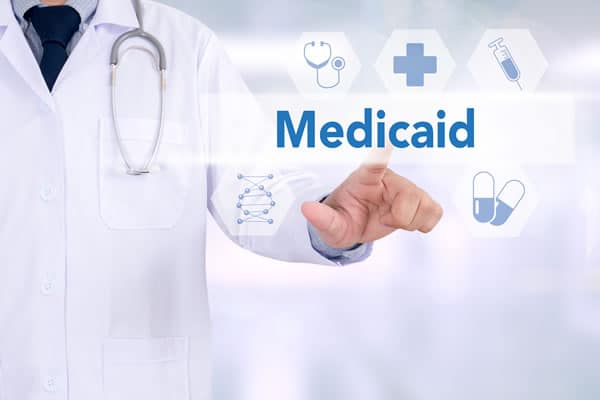 If you’re worried about how to pay for rehab or addiction treatment because you have a government-sponsored health care plan, your concerns are valid. The numbers of facilities that accept government-sponsored plans aren’t nearly as plentiful as ones that take private insurance, so it may mean you have to dig a little deeper to find them.

However, the good news is that coverage from such plans is sometimes more readily accessible than behavioral health benefits from private providers. Take, for example, Amerigroup, one of three managed care organizations that provides coverage for TennCare, the state of Tennessee’s Medicaid program. TennCare covers roughly 20 percent of the state’s population and operates under a federal waiver from the U.S. Department of Health and Human Services as a managed care program rather than a fee-for-service Medicaid program.

What that means is that if you meet eligibility requirements, you are provided with insurance paid for by the state and federal government, subject to nominal co-pays depending on income and the service provided. And a plan like Amerigroup provides, according to its website, a number of drug and alcohol treatment options:

In many instances, those plans are applied in much the same way as private plans, meaning that the drug and alcohol treatment facilities that accept them will go through the necessary process of prior authorization. If you have such a plan, it’s important to find the facility that accepts it, however, but plan administrators should be able to point you in the direction of a treatment facility that does.

Call Now To Get Started.

How to Pay for Rehab or Addiction Treatment with No Insurance 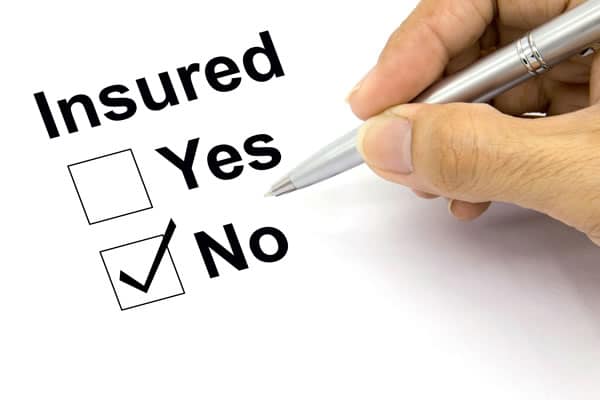 At the risk of sounding redundant, it’s no surprise that a great many individuals who suffer from drug and alcohol problems have no health insurance, government-provided or otherwise. What’s more, they likely don’t have any money that can cover the costs of addiction treatment. That makes getting them the help they needed more complicated, but certainly not impossible.

Some facilities offer scholarships or grant options for those in need, and even if they don’t advertise it on their website, it’s worth a phone call to ask. The worst they can say is “no,” and at that point, you can ask the Admissions team where they suggest you call. Some facilities, incidentally, have a referral source on staff who works with other facilities and programs to get individuals into drug and alcohol rehab, and if you’re seeking geographically specific treatment, there are several online resources that can provide you with assistance:

The key to finding that help is persistence and determination. Unfortunately, without a great deal of financial resources, it’s very difficult to wake up one morning, decide to do something about an alcohol or drug problem, and get help that same day. However, it can be done — maybe not that expeditiously, but done nonetheless — if you’re willing to think outside the box when it comes to determining how to pay for rehab or addiction treatment. 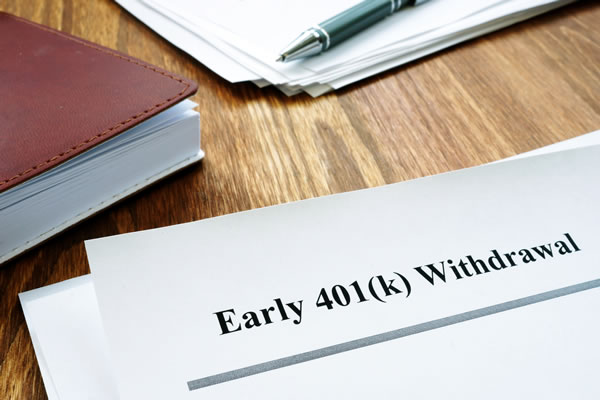 Thinking outside the box, incidentally, means considering financing options about which you may feel reluctant. The saying “desperate times call for desperate measures” can certainly apply to paying for much-needed drug and alcohol treatment, however. It may sound melodramatic to describe addiction recovery as a life-or-death situation, but consider this: In 2017 alone, more than 70,000 people died from a drug overdose, more than all U.S. servicemen and women killed during the entirety of the Vietnam War.

Addiction and alcoholism are chronic, debilitating and life-threatening illnesses that pose every bit the health risk that other diseases do. It would stand to reason, then, that if you’re willing to consider extreme financial measures to prolong your life in a battle against cancer, you would be willing to do so to get addiction treatment as well.

Take, for example, money you have saved in a 401K retirement plan. Ideally, that money is supposed to sustain you in your golden years, but if you’re not around to enjoy those years because your life has been cut short by alcohol and drugs, what’s the point? There are two things to consider about withdrawing money from a 401K plan:

There’s also the possibility, if you’re a homeowner, of taking out a Home Equity Line of Credit, or HELOC. A HELOC is an infusion of cash based on the value of your home that’s essentially a second mortgage. The bank usually takes into account the current value of your home, the amount of your original home loan, and how much equity you have in the home — meaning, how much you’ve paid, up until that point, to reduce the original loan. That amount is the equity you have in your property — the dollar amount you actually “own” as opposed to the amount you still owe the bank.

There are several financial hurdles you’ll have to consider — your income, your credit score, and the amount of the original loan you’ve paid off — and a HELOC is never guaranteed. Sometimes, the process can even take weeks. But if you have property, it’s an investment you can use to borrow against in order to pay for addiction treatment. The best course of action is to contact your bank and ask for guidance on navigating the complexities of securing funds from a HELOC.

How to Pay for Rehab or Addiction Treatment: Ask for Help 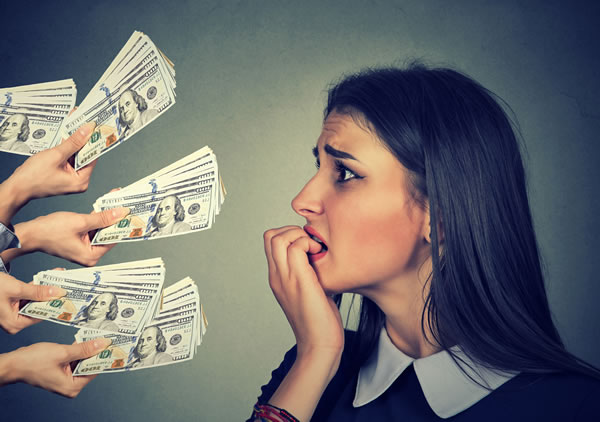 Finally, the finances of your family members should be taken into consideration. Your hesitance to do so is understandable: After all, many addicts and alcoholics have damaged their relationships with loved ones, so approaching those family members about a loan to pay for drug and alcohol treatment may seem less preferable than having a tooth drilled without anesthetic.

However — what is your life worth? What is your future as part of that family worth? If you’re finally willing to get help for a drug or alcohol problem after years of family members begging you to do so, they may be relieved. Proud. Overjoyed, even, that you’re finally attempting to get clean and sober.

If that’s the case, they may be more willing than you think to discuss a personal loan or making payments to the business office of a drug and alcohol treatment facility. Again, we’re talking about your life and your future — something that’s difficult to put a price tag on, and certainly more important than the pride, shame or embarrassment that may be preventing you from asking family members for help. It may not be easy to do it, but it may be the best way to get the drug and alcohol treatment you need.

Figuring out how to pay for rehab or addiction treatment can be confounding, confusing and disheartening, without a doubt. Taking stock of your financial disarray may compound the self-loathing you feel, and humbling yourself to ask for financial assistance might surely sting. But know this: If you manage to find the resources that will pay for treatment, your best method of paying it back — outside of a strict dollars-and-cents paradigm — is to take full advantage, get everything from treatment that you can and go on to live your best life, clean and sober.