You’re acknowledged that your drinking problem has gotten out of control, to the point that you’re suffering from acute withdrawal symptoms whenever you go for prolonged periods without it. Now you’re wondering how to detox from alcohol.

Before we go any further, and this is important: detoxing from alcohol on your own is risky. We’ll get to why momentarily, but — and this can’t be stressed enough — if you have the means to do so under professional medical supervision, take advantage. There are inherent dangers for anyone who detoxing from alcohol and drugs, but alcohol is especially risky because of specific health concerns that can, on rare occasions, be deadly.

In addition, it’s important to understand that not everyone who drinks too much is an alcoholic … and not all alcoholics need detox. Alcoholism — or more specifically, alcohol use disorder, as it’s clinically known — isn’t about the amount an individual drinks as much as it is the effect that drinking has on an individual’s quality of life.

Do You Have a Problem? An Alcohol Assessment

But should you choose the do-it-yourself route, there are still things you need to know about how to detox from alcohol. Let’s start with why you need alcohol detox in the first place.

How Is Alcohol Addictive? 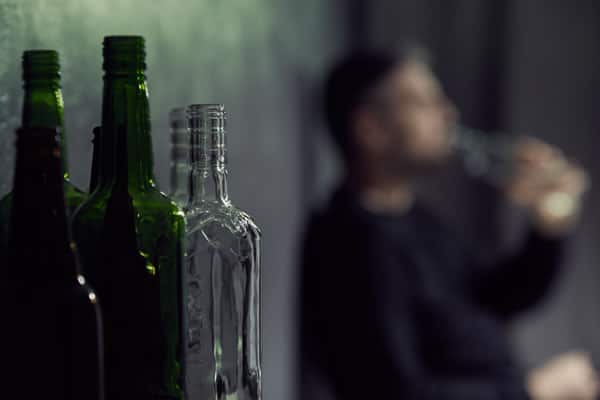 Like other drugs, alcohol compromises healthy brain function. As a National Institute of Health article on “The Biology of Addiction” points out, a normal-functioning brain turns on biological circuits that release certain chemicals to “reward” various behaviors such as exercise, a good meal or sex. At the same time, danger triggers other circuits that push your body to react with “fear or alarm, so you’ll get out of harm’s way.” In addition, “If you’re tempted by something questionable—like eating ice cream before dinner or buying things you can’t afford—the front regions of your brain can help you decide if the consequences are worth the actions.”

However, NIH writers point out, “when you’re becoming addicted to a substance, that normal hardwiring of helpful brain processes can begin to work against you. Drugs or alcohol can hijack the pleasure/reward circuits in your brain and hook you into wanting more and more. Addiction can also send your emotional danger-sensing circuits into overdrive, making you feel anxious and stressed when you’re not using the drugs or alcohol. At this stage, people often use drugs or alcohol to keep from feeling bad rather than for their pleasurable effects.

“To add to that, repeated use of drugs can damage the essential decision-making center at the front of the brain. This area, known as the prefrontal cortex, is the very region that should help you recognize the harms of using addictive substances.”

Alcohol is, of course, an addictive substance — and the brain makes adjustments when that substance is introduced in large quantities over prolonged periods of time. David DeSalvo, writing for Forbes, breaks it down like this:

Now, that doesn’t help you understand how to detox from alcohol, but it’s important information to have, because it gives you an idea of why you’ll be experiencing some unpleasant side effects from alcohol withdrawal. 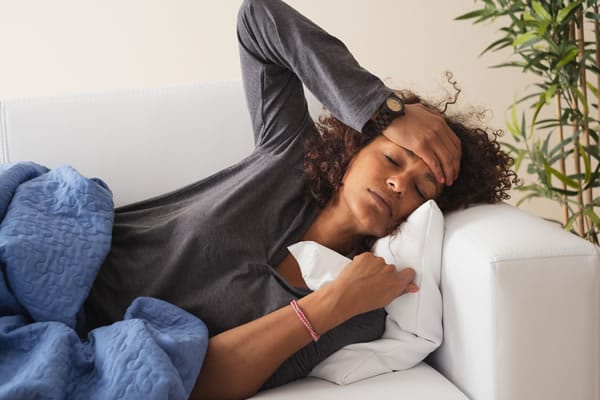 Writers for Harvard Health Publishing put it bluntly: Because alcohol serves as a depressant, those who drink heavily and over extended periods of time force the brain to make adjustments in order to compensate for the effects of alcohol: “It does this by producing naturally stimulating chemicals (such as serotonin or norepinephrine, which is a relative of adrenaline) in larger quantities than normal. If the alcohol is withdrawn suddenly, the brain is like an accelerated vehicle that has lost its brakes. Not surprisingly, most symptoms of withdrawal are symptoms that occur when the brain is overstimulated.”

So what does alcohol withdrawal involve? According to Alcohol Health and Research World, “Signs and symptoms … can include, among others, mild to moderate tremors, irritability, anxiety, or agitation. The most severe manifestations of withdrawal include delirium tremens, hallucinations, and seizures. These manifestations result from alcohol-induced imbalances in the brain chemistry that cause excessive neuronal activity if the alcohol is withheld.”

The website Healthline breaks down the withdrawal process in hourly increments:

Again, it’s important to point out that while mild to moderate withdrawal symptoms may be managed without medical intervention, individuals with a serious drinking problem are strongly urged to seek medical detox for alcohol withdrawal, especially given the dangers of more severe symptoms. An article on delirium tremens for the online medical database StatPearls acknowledges that while “50% of those with a history of alcohol abuse can exhibit alcohol withdrawal symptoms at discontinuing or decreasing their alcohol use … only a few (3% to 5%) exhibit symptoms of severe alcohol withdrawal with profound confusion, autonomic hyperactivity, and cardiovascular collapse.”

However: This severe complication, “known as delirium tremens (DT) … has an anticipated mortality of up to 37% without appropriate treatment.” (Emphasis ours.)

How to Detox from Alcohol: What To Do 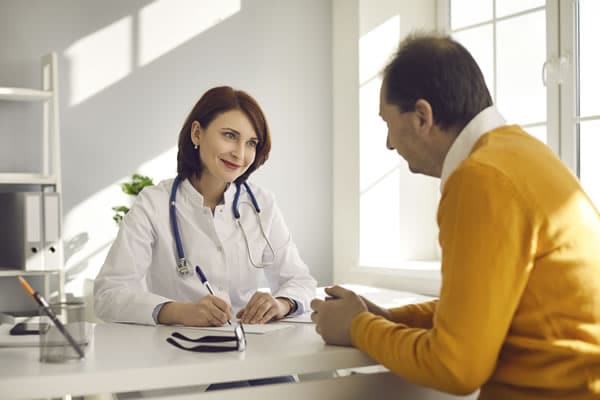 So you want to know how to detox from alcohol … and you want to do it on your own. Writing for the website WebMD, Neha Kashyap puts it explicitly: “At-home detox is usually not advised, experts say.” But if you do, “it’s advised that you meet with a medical professional before making such an important decision for your health.”

In other words: Don’t just make a random decision to quit cold turkey. Consult with a medical professional, and above all else, be open to the idea that you may need outside assistance, and that isn’t necessarily a bad thing. After all, if you’re wanting to address your drinking problem by stopping, but you need to detox in order to stop, then the idea is to stay stopped once you’ve completed detox, correct? That’s easier said than done, according to research in the journal Alcohol Research and Health: “Although many physical signs and symptoms of withdrawal typically abate within a few days, symptoms associated with psychological distress and dysphoria may linger for protracted periods of time. The persistence of these symptoms (e.g., anxiety, negative affect, altered reward set point manifesting as dysphoria and/or anhedonia) may constitute a significant motivational factor that leads to relapse to heavy drinking.”

Medical detox at an alcohol rehab doesn’t just help you stop drinking; it can help you cope with lingering after-effects that, left to your own devices, may drive you right back to the bottle. A comprehensive alcoholism treatment plan can help you address the factors that led to your drinking dilemma, change maladaptive coping skills that have prevented you from change in the past and the development of new habits that will ensure you can stay sober even through cravings and challenges.

If, however, you insist on figuring out how to detox from alcohol at home, it’s critical you create a detox plan, preferably in consultation with a physician. An article in the journal Australian Prescriber recommends that home detox is not a good option for patients who don’t have access to a supportive individual and safe housing; who do have a history of withdrawal seizures or DTs; co-present with problematic drug use; are suicidal; or who suffer from serious illness.

In addition, the writers continue, “During the detox, it is important to eat small and frequent meals if possible. Protein-rich foods such as fish, dairy products and vegetables are important along with thiamine and a multivitamin. Plenty of fluids including sweet drinks such as tea or decaffeinated coffee should be encouraged to prevent hypoglycaemia, as well as lots of water. Melatonin can be used for sleep disturbance.”

But most importantly — because this can’t be emphasized enough — in determining the best method of how to detox from alcohol, don’t approach it cavalierly. Plan. Consult with a medical provider. And err on the side of caution, because as much as the idea of going to alcohol treatment may cause you dismay, risking your health and your life by detoxing at home is a much worse option.