If you’re putting off getting help for a substance abuse problem because of concern you might lose your job, consider how drug and alcohol treatment can make you a better employee.

When you’re struggling with an addiction, understanding that there can actually be benefits to getting help is difficult. After all, addiction and alcoholism are still heavily stigmatized, and because of the economic uncertainties posed by COVID-19, many workers don’t want to spotlight any sort of perceived liability that may cost them their job.

In many cases, those individuals may find that their employers value them even more. After all, according  to The Washington Post [1], while “there is no good data on whether former substance abusers make more reliable workers or perform better at their jobs than other employees, according to the Recovery Research Institute … employers, researchers and government officials suggested that successfully helping an employee with a substance abuse problem breeds allegiance to the company.”

And, according to Jenny Levy, a vice president with the New Hampshire-based company Hypertherm, “employees ‘who are supported through their recovery are incredibly loyal,’ Levy said. ‘They make great workers.’” 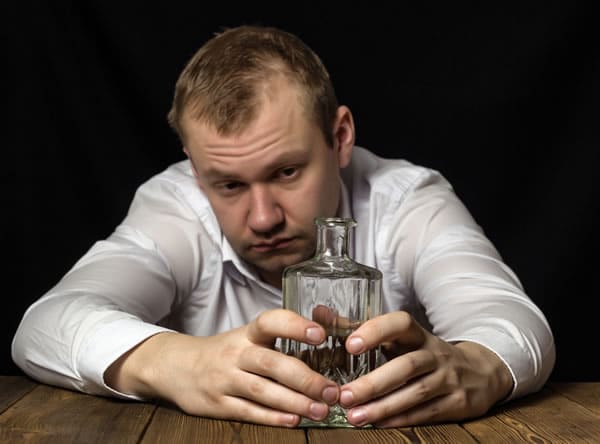 Webster Bailey, Executive Director of Business Development and Marketing, was like a lot of functioning alcoholics and addicts before he came to Cornerstone as a patient in 2006. Prior to treatment, he worked in real estate development for a company that built shopping centers near anchor stores and helped lease them out to retail tenants.

“In active addiction, I felt like using pills made me go faster, move faster, to think better, to respond better,” he said. “To some degree at that time, I could go to work and function when I used, but when I didn’t, I felt like I had the flu and couldn’t do much of anything work-wise.”

As his disease progressed, however, much of his time was spent procuring the pills he needed to get high — until eventually, getting high was replaced by simply not getting sick. Brian O’Hearn — Associate Director of the Aviation Program at Cornerstone of Recovery — knows that progression all too well.

“Before Cornerstone, I was a very involved flight attendant with Delta,” O’Hearn said. “I did a lot of special projects for them, I did hiring, I worked on our technology end of things, I did hotel inspections — I was very dedicated that way. But toward the end, before I came to Cornerstone (in 2014), I was calling in sick more, I wasn’t attending meetings, everything started to decline, and I was not being a good employee, in my opinion. It was almost like I didn’t really care about the job anymore.”

Drugs and alcohol, obviously, cost companies money. Even if you’re not clear on how drug and alcohol treatment can make you a better employee, you’re probably more than willing to admit that breaking the habit of drugs and alcohol can lead to some significant improvements in your life — your job being one of them.

How drug and alcohol treatment can make you a better employee: A new you 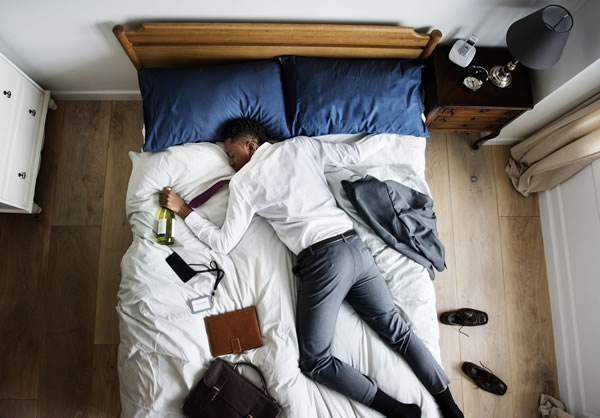 Recovery, according to Janet Hicks — Director of the Professionals Program at Cornerstone of Recovery — is about personal transformation. But once that transformation takes place, it affects every area of life, including employment. As an addicted pharmacist, Hicks sought help for a problem and still works part-time in the field. And the changes she made in recovery have made her better at her job, she said.

“When I was using, before I got treatment, I was angry and frustrated and scared, and all of that affected my job,” Hicks said. “After I got treatment, I became much more compassionate, understanding and available to the customers. I show up for work on time. I’m responsible. I’m accountable. I even pick up extra shifts. And I love my job much more.”

From small-town pharmacies where Hicks works one day a week to a major airline like Delta, to which O’Hearn returned part-time after completing 90 days of treatment at Cornerstone, employers are taking note: Drug and alcohol treatment works. According to Harvard Health Publishing [4], an arm of Harvard Medical School, “treatment for addiction, facilitated within or by the workplace, has been shown to be successful in increasing employees’ legal, mental, and social functioning, as well as decreasing absenteeism rates, workplace conflict, and productivity problems upon return from treatment.”

“What I came to find out after getting clean is that I became three or four times more productive than I had been before, because I was able to stay focused,” Bailey says. “I wasn’t spending my morning or mid-workday running across town to get a couple of pills. I wasn’t constantly scanning my text messages waiting on word to come through. And beyond that, getting sober gave me the opportunity to figure out who I was.”

And that can open the door to a whole new career. Bailey went to work at Cornerstone first as a counselor before slowly working his way up the administrative ladder. O’Hearn became more interested in volunteering, and eventually going to work in, the addiction treatment field as well.

“The thing was, I took more interest in myself personally,” he says. “I wasn’t as involved at Delta anymore, but in my opinion, I was a better flight attendant, because I cared more about the people, I was more personable, and I had a lot more energy. I was far more dedicated in that respect. I was more prepared and way more helpful.

Recovery, in general, just shed a whole new light on how I was living my life. By spending more time in the recovering community, my interests shifted, and I started looking for ways to volunteer. It just made me a better person all the way around.”

How drug and alcohol treatment can make you a better employee ... and person

And employers are taking note: Delta lighting, which runs a call center north of Philadelphia, has recruited recovering addicts and alcoholics for years, according to Vice President Joe Arndt in an interview with National Public Radio [5].

"They're tremendously loyal to us, and they just work harder" — in some cases because their options are limited, but also because the new lease on life that recovery has given them has helped them prioritize their core values.

“Getting sober gave me the opportunity to figure out who I was, and I began to challenge the status quo a little bit and really develop as a professional,” Bailey says. “I wasn’t scared to stick my neck out. Always before, I was very concerned with flying under the radar and not drawing attention to myself. Getting clean allowed me to not be scared to throw out some new ideas.”

In fact, there are numerous ways how drug and alcohol treatment can make you a better employee. According to the mental health information and news website Psych Central [6], recovering individuals are assets to companies because they’re:

And, according to Hicks, even if employees are required to get addiction or alcoholism treatment by their professional licensing organization or employer because of a failed drug screen or other circumstances, that’s not necessarily the employment blemish some workers consider it to be.

Even forced into treatment, however, can be a blessing in disguise. Still actively involved in the aviation community, O’Hearn sees daily how drug and alcohol treatment can make someone a better employee.

“I see their lives on social media, and they’re just enjoying life so much more,” he says. “You get to see a side of them that you didn’t, because they’re showing everyone that life is a whole lot more worth living.”