Kegs are canceled, blazing up is in: Marijuana is more popular than ever at institutions of higher learning, with college students and weed becoming a much-scrutinized public health concern.

To be fair, the college drinking culture hasn’t necessarily been replaced as much as it’s made room for cannabis. As the data website Statista reports [1], “In 2020, alcohol was the most widely used substance amongst U.S. college students, followed by cannabis and tobacco products,” but the number of college students who indulge in both has increased: The Philly Voice reported [2] in 2020 that “the percentage of college students co-using marijuana and alcohol jumped from 20% in 2002 to 26% in 2018,” a notable increase given that the prevalence of alcohol use disorder (AUD) in 2018 was half of what it was in 2002, and the rate of marijuana use disorder — addiction to weed — has remained relatively stable.

There are a number of different factors to which the rise in association between college students and weed can be attributed, and they all seem to be interrelated, according to the data.

Legalization and decriminalization at the state level (marijuana remains illegal under federal law) has led to a change in perception by the general public, according to Pew Research [3]: “As more states, including Virginia and New York, continue to legalize marijuana, an overwhelming share of U.S. adults (91%) say either that marijuana should be legal for medical and recreational use (60%) or that it should be legal for medical use only (31%). Fewer than one-in-ten (8%) say marijuana should not be legal for use by adults.”

And, it stands to reason, as acceptance of marijuana as a legal substance continues to grow, the view that it’s a harmful one continues to drop, according to the 2019 National Survey on Drug Use and Health [4]: “Perceived great risk of harm from smoking marijuana weekly declined from 19.1 percent in 2015 to 15.0 percent in 2019.” 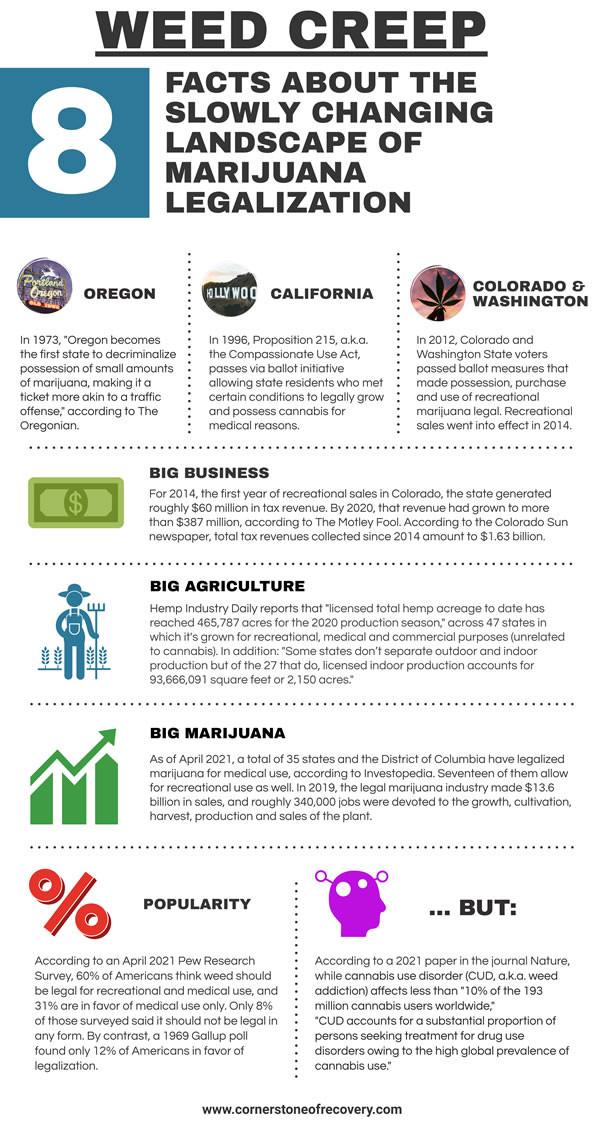 It’s worth noting that the “perception of great risk” associated with weekly smoking of marijuana has changed drastically over the past three decades, according to Lloyd Johnston, the original principal investigator for the Monitoring the Future survey, funded by the National Institute on Drug Abuse (NIDA) and conducted by researchers at the University of Michigan-Ann Arbor. According to Lloyd, while only 22% of respondents said weekly smoking was risky in 2018, it was the lowest since tracking the statistic began in 1980.

That reduction of risk perception is closely associated with legalization efforts across the country, and as restrictions and regulations are lessened, it stands to reason that public trust in marijuana’s supposed harmlessness will increase. The irony, however, is that as risk perception has gone down, the potency of weed has gone up: A study published in the fall of 2020 in the journal Addiction [6] revealed that “THC (tetrahydrocannabinol, the psychoactive component of cannabis that gets users high) concentrations increased by 14 percent from 1970 to 2017 in herbal cannabis,” and a 24% increase in THC for cannabis resin between 1975 and 2017, according to a report in Healthline [7].

What does this mean? “This is not what you smoked in 1970,” says Dr. Deni Carise, a clinical psychologist and adjunct assistant professor at the University of Pennsylvania. “This is not your dad’s cannabis. This is completely different.”

In addition to increasing THC concentrations in cultivated marijuana, according to a 2020 report from the U.S. Surgeon General, “marijuana available in dispensaries in some states has average concentrations of THC between 17.7% and 23.2%. Concentrated products, commonly known as dabs or waxes, are far more widely available to recreational users today and may contain between 23.7% and 75.9% THC.”

That increase in THC exposure brings with it commonly expected side effects associated with most mind- or mood-altering substances, including the potential for addiction and dependence, but as the Surgeon General’s report continues [8], “Higher doses of THC are more likely to produce anxiety, agitation, paranoia, and psychosis. Edible marijuana takes time to absorb and to produce its effects, increasing the risk of unintentional overdose, as well as accidental ingestion by children and adolescents. In addition, chronic users of marijuana with a high THC content are at risk for developing a condition known as cannabinoid hyperemesis syndrome, which is marked by severe cycles of nausea and vomiting.”

While legalization has engendered a laissez-faire attitude about the relationship between college students and weed, it’s important to note, according to the federal organization Campus Drug Prevention [9]: “Students who attend a college or university in the United States that receives federal funds and/or students receiving federal financial aid are barred from using cannabis. Marijuana is a schedule 1 drug and remains illegal on the federal level. Most every school in the United States receives federal funds to support the work the university is doing.”

And that may not be a bad thing, according to experts. In January 2021, the journal JAMA Pediatrics released a study of almost 205,000 young people enrolled on Medicaid with a diagnosed mood disorder. Their ages ranged from 10-24, and the research concluded [10] that “cannabis use disorder is common among adolescents and young adults with mood disorders and is associated with an elevated risk of self-harm, overall mortality, and death by unintentional overdose and homicide in this already vulnerable population.”

That’s backed up by research in at least one state where recreational marijuana is legal: Colorado. According to the Denver Post [11], “Growing evidence shows high-potency THC products are more likely to bring on or worsen mental health issues in young people. The state’s own reporting says so: … ‘We found SUBSTANTIAL evidence that THC intoxication can cause acute psychotic symptoms, which are worse with higher doses,’ the 2020 report from Colorado’s health department said.”

What Does the Data Tell Us? 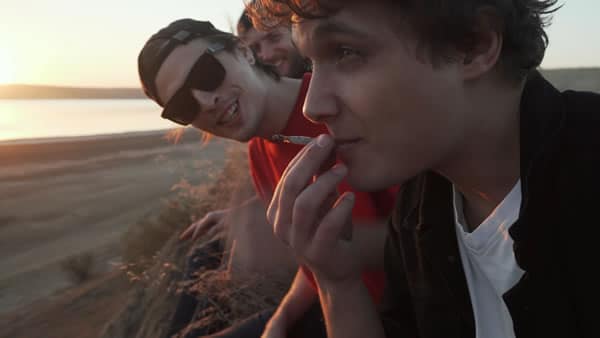 Ben Cort, the author of “Weed Inc.” and a board member of Smart Approaches to Marijuana (Project SAM) and a global speaker on marijuana issues, is an advocate for conversations about college students and weed (well, weed in general, really) that take their cues from science.

“Real science is journal-published, peer-reviewed,” Cort says [12]. “The thing your nephew read on HuffPost or that came up from BuzzFeed — no. Surveys aren’t science. Polls aren’t science. Something that somebody says, or they did a pretty long scientific study on but hasn’t been reviewed by peers or published in a journal, doesn’t count.”

And there is science to back up the fact that for all of its touted benefits, for all of its legalized acceptance, marijuana is also a substance that can cause problems for some individuals. Some of the data cited by Cort in his various presentations: 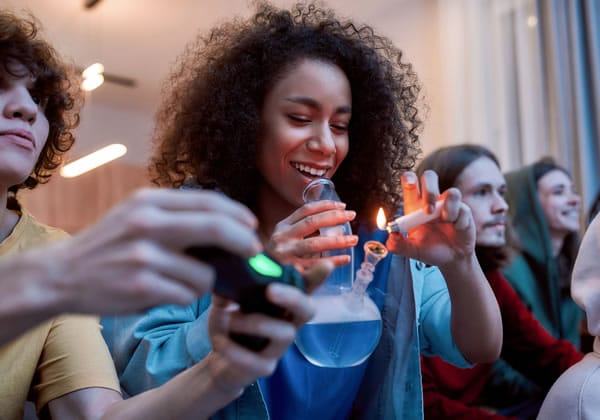 Cort’s presentations don’t have the monopoly on such peer-reviewed, journal-published data surrounding college students and weed, however: 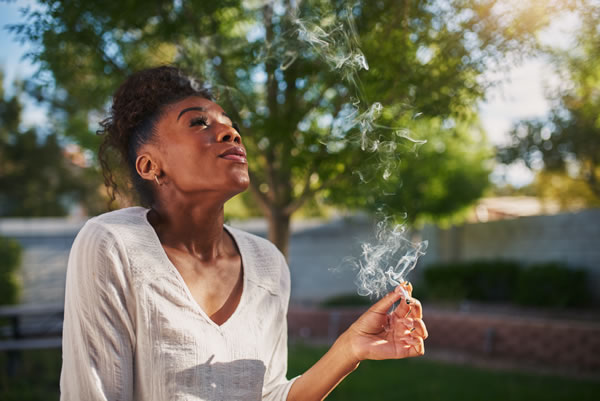 When it comes to college students and weed, it’s risky to highlight the perils of marijuana consumption. After all, as one article in Scientific American [20] points out, “Any whiff of ‘Reefer Madness’ hyperbole is perfectly calibrated to trigger an adolescent’s instinctive skepticism for whatever an adult suggests. And the unvarnished facts are scary enough.”

But even those facts may not be enough of a caution sign to prevent undergraduates from partaking. After all, many think, it’s not like they’re shooting up heroin, right? At this point, they — and you — are probably wondering, “is marijuana even addictive?”

Writing for Medium [21], Robert Roy Britt puts it into perspective: “The idea that pot is not addictive is widespread. A global survey of 55,000 cannabis users last year found that while 75% believe messages around the health risks of marijuana — from driving under the influence to forgetfulness, as well as harmful chemicals in the smoke — only 64% believe the fact that some people who try it become addicted. Yet health experts and scientists agree marijuana is addictive, though less so than, say, heroin. And as cannabis potency soars, some experts worry that the addictive potential is rising, especially for the under-25 set whose brains are still developing.”

So what do those experts say?

If you’ve made it this far, and you’re wondering whether a profound impact can be found when it comes to college students and weed, the answer is a simple one: yes.

Yes, it can be detrimental. Yes, it can be addictive. Not for everyone, and it’s certainly not the life-destroying substance of a drug like heroin. But to pretend that it can’t have a negative impact, or that college students and weed are simply a rite of passage, ignores the perils that marijuana poses to 10% of those who take up the habit regularly.