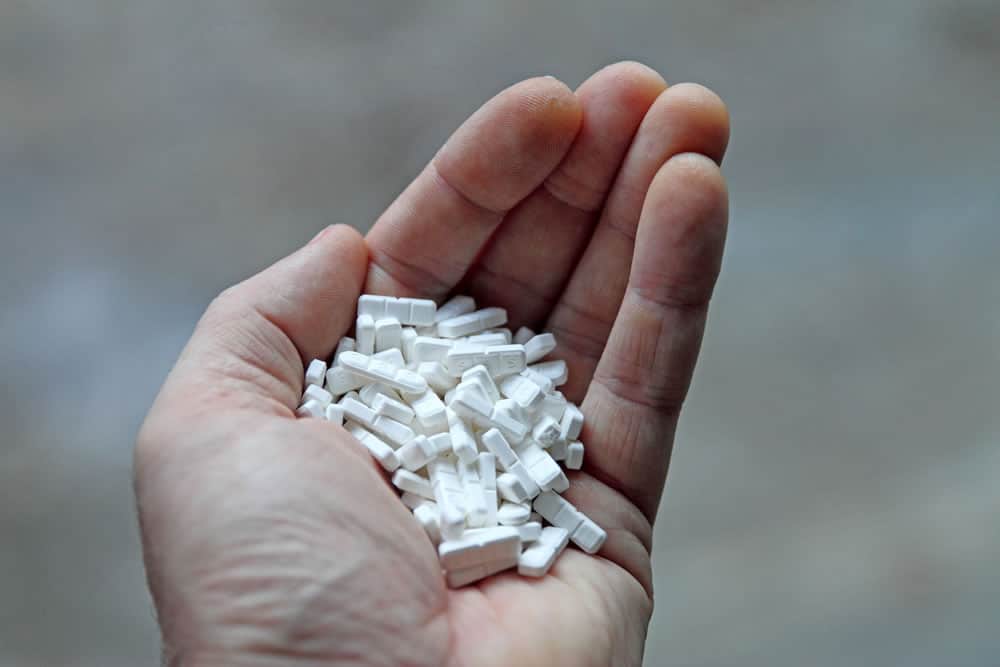 For the intestinally afflicted, loperamide — Imodium, as it’s more commonly known — is a godsend.

While diarrhea is certainly fodder for jokes, sight gags and childhood singalongs, it’ also serious: It accounts for 4 percent of all deaths, and 5 percent of health loss to disability, worldwide. After being approved by the U.S. Food and Drug Administration in 1976, Imodium quickly became the bestselling prescription anti-diarrheal medication in the United States during the 1980s, and in 1988, it was approved for over-the-counter sales.

However, because of its chemical similarities to opioids, it does have the potential for abuse. But while a euphoric “high” is theoretically possible through abuse, the potential side effects can be deadly.

“It is an opioid, but if you compare the chemical structure to the famous opioids, there’s quite a bit of difference,” says Phil LaFoy, owner of Blount Discount Pharmacy in Maryville, Tenn. “If you know your chemistry well, you can see the base structure in it, but you don’t get nearly the effect that you would get from oxycodone, hydrocodone or morphine. The crazy thing about loperamide is that if you take enough to get a buzz, you’re likely to have a heart attack. There are a lot of cardiovascular issues with it.”

A byproduct of opioid research

Loperamide hydrochloride was first synthesized in 1969 by the Belgium-based company Janssen Pharmaceutica — the same company that first synthesized and developed fentanyl, currently making headlines as a powerful opioid and the top contributor to overdose deaths in 2016. According to the book “Profiles of Drug Substances, Excipients and Related Methodology,” published in 1991 by Klaus Florey, “the synthesis of loperamide hydrochloride followed the synthesis of diphenoxylate hydrochloride (Janssen, 1956) as an antidiarrheal with less opiate-like central nervous system (CNS) activity, and the discovery of fentanyl citrate (Janssen, 1960) as a potent centrally acting narcotic analgesic with antidiarrheal activity. The dissociation of the opiate-like and antidiarrheal activities resulted in a very safe and effective antidiarrheal.”

Loperamide works on the gut in many of the same ways that other opioids do: It decreases intestinal movement. According to the Canadian health website MedBroadcast.com, “Diarrhea occurs when the contents in your digestive system move so quickly through the digestive system that the intestines don't have enough time to absorb the fluids, or when the digestive system produces extra fluid. The result is stools that contain excess fluids, making them loose and watery.” It’s often caused by bacteria, or in rare cases parasites, but loperamide acts to slow down that movement to allow fluid absorption.

Other opioids act in much the same manner, and all of them bind to the μ-opioid receptors in the large intestine. Whether it’s Imodium or morphine, these opioids have a “direct effect on the circular and longitudinal muscles of the intestinal wall,” according to the website DrugBank, a process that “increases the amount of time substances stay in the intestine, allowing for more water to be absorbed out of the fecal matter.”

However, the chemical makeup of loperamide means that any opioid-like effects are redirected back into the gut by P-glycoprotein, a cell membrane protein that prevents it from crossing the blood-brain barrier. The first clinical results of loperamide were published in the 1973 Journal of Modern Chemistry, and three years later, the FDA approved it for use in the United States. However, its chemical similarity to other opioids led to its classification as a Schedule II narcotic, although by 1977 it was moved to a Schedule V and decontrolled altogether in 1982.

For the most part, scientists, physicians and pharmacists felt, it was safe. 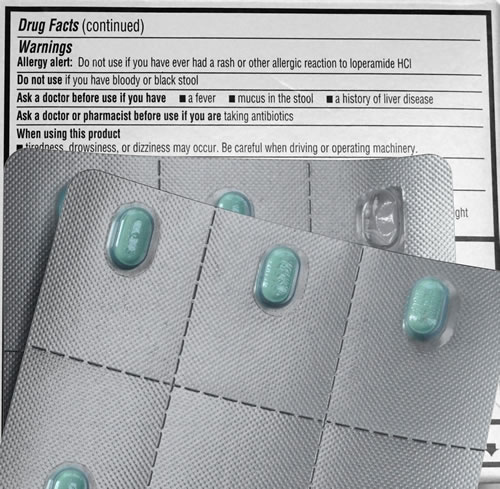 And it still is. In 2013, 2mg loperamide tablets were added to the World Health Organization’s Model List of Essential Medicines, and for residents of Third World countries with limited access to clean drinking water, it can be a lifesaver. It can also, however, be a target for potential abuse.

“My understanding of it is that it’s all about dosing,” said Dr. Fred “Kip” Wenger, medical director of Cornerstone of Recovery. “You can overwhelm the blood-brain barrier, so to speak, by not taking normal therapeutic doses. They’re taking what I like to call super-therapeutic doses, and they’re getting high.”

In other words, massive quantities of loperamide — many times larger than the recommended dosage of no more than 8mg per day — can be ingested to effectively overwhelm the P-glycoprotein in the cells of the gut. Think of it as a flood of loperamide spilling over the top of a P-glycoprotein dam: The dam can only hold back so much before being overwhelmed, and the loperamide cascades over it in a torrent.

In a recent case at Cornerstone, Travis Pyle, director of medical services, reports that some former patients were taking as many as 100 2mg tablets at a time, which brings on a whole other set of issues.

“You can get what’s known as QT interval prolongation,” LaFoy says. “If you know how to read an electrocardiogram, the points of an EKG have letter designations. Too much of loperamide can result in the interval between the Q and the T being prolonged, and basically that means you can literally have a heart attack. You can go into cardiac arrest. That’s the big thing; it’ll just stop your heart from an electrical standpoint.”

Other issues might include electrolyte abnormalities, according to Wenger; in addition, constipation is an issue, which can lead to bowel perforation. It’s not an overwhelming problem; Wenger, who works in emergency medicine outside of Cornerstone, says that the biggest issue is that many patients who present with such symptoms are often loathe to admit they took too many anti-diarrhea pills.

“They’re not in a position to tell me, or they’re unwilling to tell me, what they took, so I’m trying desperately to figure that out,” he says. “In the public eye, there’s a sense that I can do a certain drug test and figure out relatively quickly what they took, but that’s just not true. I observed someone as recently as three days go who insisted he took something, but the drug screen didn’t reflect they took an opiate. For the life of me, I didn’t know what it was, and all I had to go on was what they told me.”

A rise in abuse potential

According to a 2013 study by the National Center for Biotechnology Information, there was a 10-fold increase in postings on drug discussion web forums about loperamide abuse from 2010 to 2011. Roughly 70 percent of individuals discussed using it to treat opioid withdrawal symptoms, but those who posted about using it to get high reported taking up to 200mg.

Last January, The Washington Post referred to loperamide as “the poor man’s methadone” and reported that the FDA was prepared to ask “manufacturers of over-the-counter anti-diarrhea treatments to change the way they package their products to curb abuse by people with drug addictions” because of “growing concerns that abuse of Imodium A-D and similar medications was adding to the death toll of the nation's opioid epidemic.”

William Eggleston, a clinical assistant professor at Binghamton University's School of Pharmacy and Pharmaceutical Sciences, applauded the measure, suggesting that moving loperamide behind the counter in the same manner as pseudoephedrine was at the height of the meth crisis shouldn’t be off the table; Eggleston authored a 2016 report in the Annals of Emergency Medicine that detailed how two men died “after ingesting large amounts of loperamide,” according to the Post story:

According to LaFoy, loperamide products at Blount Discount Pharmacy are kept immediately in front of the pharmacy counter, but he’s heard little chatter among colleagues about any uptick in loperamide abuse. At Cornerstone, it’s not a necessarily a major concern, either, but it is something the public should be aware of, Pyle says.

“I don’t know what the threshold is for euphoria, but I know we have seen some cases, and I know they run a risk by abusing it,” he says. “It’s a dangerous thing.”