Activity Therapy is a nebulous term that can mean a great many things depending on the context in which it’s applied, but virtually every application sees its benefits.

In fact, as health care has evolved into an approach that encompasses more than just physical healing, Activity Therapy is finding its way into any number of biological and psychological settings, from medical facilities to nursing homes to drug and alcohol treatment centers. In every case, the name itself is something of a misnomer: To the uninitiated, it might seem like “busy work,” but those who apply it as part of process of recovery recognize that the potential benefits are unlimited.

To understand how it helps, however, we first need to understand what, exactly, it is — and what it’s not. 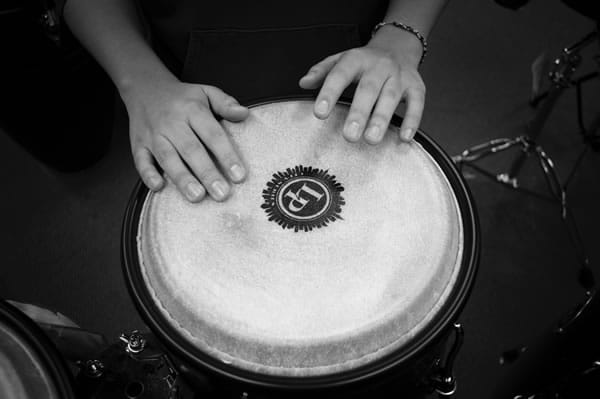 On the surface, the definition of Activity Therapy is straightforward. The American Dictionary of Psychology, compiled by the American Psychological Association, defines it [1] as “any type of therapy based on one or more of various activities, such as arts and crafts, exercise, music, and drama.” The professional reference Psychology Dictionary defines it similarly [2]: “any of a number of kinds of treatment which focus on different events, for example, artistry, workout programs, singing, and theatre.”

Interestingly, the American Dictionary of Psychology defines Recreational Therapy similarly [3]: “the use of individualized recreational activities (arts and crafts, sports, games, group outings, etc.) as an integral part of the rehabilitation or therapeutic process for individuals with physical or psychological disabilities or illness.”

And then there’s Occupation Therapy, which is a close relative of both: “for individuals who have been injured or who have an illness, impairment, or other mental or physical disability or disorder, a therapeutic, rehabilitative process that uses purposeful tasks and activities to improve health; prevent further injury or disability; enhance quality of life; and develop, sustain, or restore the highest possible level of independence.” [4]

While the terms “Activity Therapy” and “Recreational Therapy” are often used interchangeably, they both have their roots in Occupational Therapy, according to authors Bree Bauerschmidt and David L. Nelson, writing for the May 2011 issue of The American Journal of Occupational Therapy [5]. William Rush Dunton, who founded the American Occupational Therapy Association, wrote in 1919 that “occupation is as necessary to life as food and drink … sick minds, sick bodies, sick souls may be healed through occupation,” the pair point out, and a few years later, psychiatrist Adolph Meyer opined that “The proper use of gratifying activity appeared to me a fundamental issue in the treatment of any neuro-psychiatric patient.”

Although the terms “occupation” and “activity” were used interchangeably over the ensuing decades, therapists themselves differed on whether they truly were interchangeable terms. Esteemed occupational therapist Gail Fidler, for example, used them as such, but Dr. Doris Pierce, endowed chair in Occupational Therapy and a professor at Eastern Kentucky University, argued in a 2001 research article for The American Journal of Occupational Therapy [6] that “Activity and occupation are two core concepts of occupational therapy that are in need of differentiation. Occupation is defined here as a person's personally constructed, one-time experience within a unique context. Activity is defined as a more general, culturally shared idea about a category of action.”

In recent years, there’s been a greater attempt to corral the term Occupational Therapy as the domain of professional rehabilitation: In 1979, noted occupational therapist Ruth Brunyate Wiemer wrote, “Our exclusive domain is occupation. We must refine, research, and systematize it so that it becomes evident, definable, defensible and salable . . .  [Occupation] is our latent power if we will but keep it as our focus and direction.” [5]

The Origins of Activity Therapy 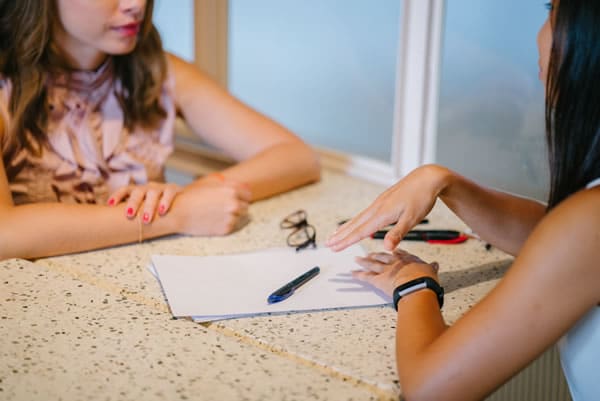 While Occupational Therapy is considered, for the most part, a standalone treatment modality, there is room within it for Activity Therapy, or Recreational Therapy. In fact, according to the online Recreation Therapy Dictionary [7], there are numerous instances throughout history where exercises and activities commonly associated with the terms have been used in a therapeutic environment:

It was in 1954 that Activity Therapy was officially added to the lexicon as a treatment modality, when “The ‘Revised 1954 Standards for Psychiatric Hospitals and Clinics,’ published by the APA, describes Activity Therapy as one of the professional services in the mental hospital, and further indicates that it ‘may be divided into occupational therapy and recreation.’” [7]

How Does Activity Therapy Work? 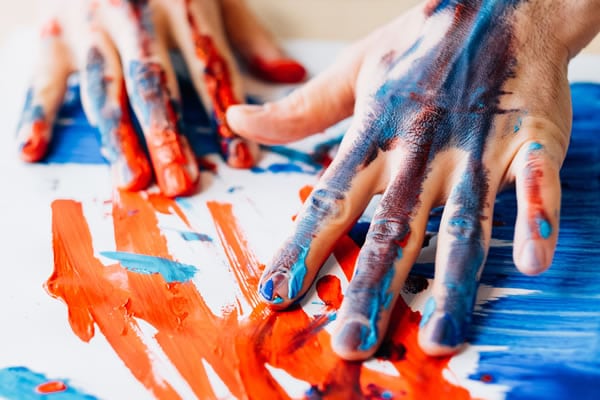 Keeping in mind that Activity Therapy and Recreational Therapy are terms often used interchangeably, the American Therapeutic Recreation Association (ATRA) defines it [14] as “a systematic process that utilizes recreation and other activity-based interventions to address the assessed needs of individuals with illnesses and/or disabling conditions, as a means to psychological and physical health, recovery and well-being.” According to the National Council for Therapeutic Recreation Certification [15], “Recreational therapy includes, but is not limited to, providing treatment services and recreation activities to individuals using a variety of techniques including arts and crafts, animals, sports, games, dance and movement, drama, music, and community outings. Recreational therapists treat and help maintain the physical, mental, and emotional well-being of their clients by seeking to reduce depression, stress, and anxiety; recover basic motor functioning and reasoning abilities; build confidence; and socialize effectively.”

The goals of Activity Therapy are multi-faceted, and it can be applied in both individual and group settings. Getting patients to embrace the idea of what, on the surface, seems like “play” as a therapeutic tool, however, can be challenging. Many of them seem puzzled, at first, about how an activity like art or music can be applied to the problems they’re attempting to overcome. In a therapeutic setting, the idea of Activity Therapy is to give them additional avenues that help the healing process. It’s a way to improve the quality of life, whether those needs are physical or psychological, according to Bill Mramor, a therapeutic recreationist at University of Colorado Health, speaking to the website StrokeSmart about recreational therapy for stroke victims [16]: “Patients] look at me and say, ‘Recreational therapy? When are we going to play volleyball?’ But recreational therapy looks at the broad picture. Where physical therapy might look at a muscle group, we will look at what you use those muscles for. For some people it’s card playing, for others it’s fishing, and for others it’s going to the movies … whatever [patients] are doing in their free time for enjoyment. And then it’s about how that person is going to use that activity to stop the effects of a stroke.”

But what about Activity Therapy for mental health issues? While there have been numerous studies about its benefits for physical rehabilitation, researchers have also found that it has a place alongside other psychiatric therapeutic modalities for mental health issues. Case in point: A 2016 qualitative study by the University of Wollongong in Australia, which examined the benefits of a recreational therapy camp for mentally ill patients, concluded [17] that “the study’s participants all talked about how the supportive and encouraging relationships at the camp creative a safe therapeutic environment which moved them ‘out of my comfort zone’ and challenged them into trying new activities. Each participant described positive changes such as increased confidence and trust. Importantly, participants expressed the camp experience contributed to their resolve towards their mental health recovery following the camp.”

Another study of 403 patients published in the May 2012 edition of the journal Psychiatric and Mental Health Nursing [18] revealed that “participation in creative activity has potential benefits for people experiencing mental health problems.” Finally, an extraction of data from three studies, published in a report in the May 2011 issue of the American Journal of Occupational Therapy, found that [19] “All the studies showed that activity-based group work was more effective than verbally based group work, but for different reasons — that is, improving self-perceptions of social interaction skills, improving social behavior, providing greater symptom reduction, and increasing levels of community functioning.”

What Does Activity Therapy Involve? 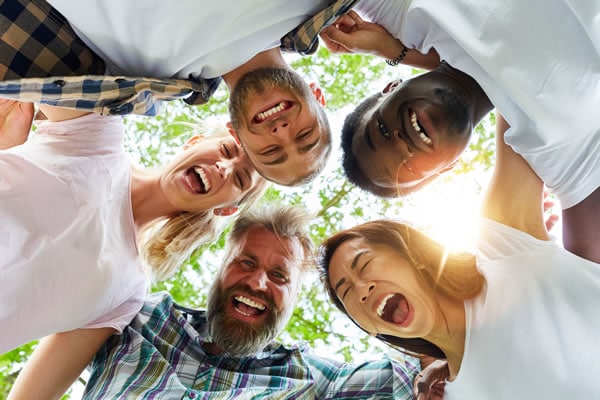 According to the ATRA [14], “Recreational therapy is not all fun and games. There is a purpose behind the activities that are specifically targeted to each patient. When individuals are suffering from a physical injury or mental illness, they need help learning, not only how to live with their disability, but to enhance their quality of life by reducing the isolation that patients experience and helping them to participate in leisure activities.”

The goal of Activity Therapy, according to the organization’s website, is to reduce stress and anxiety and build both confidence and better socialization skills. Activity Therapy can serve as both a distraction from physical and mental health issues, as well as a creative outlet for a newfound hobby, and patients often discover they are adept at skills about which they were previously unaware. When applied in a group setting, games and events can built trust through teamwork, as well as empower participants through peer support. Its benefits can include, according to the ATRA:

Because of the nature of Activity Therapy, each program can be tailored differently, because the aforementioned goals are the same. The activities applied in rehabilitation for physical injuries, for example, may focus more on physical healing or adaptation to permanent injury — wheelchair games for those disabled in auto accidents, for example — while Activity Therapy in mental health settings may have more cognitive applications. As a result, the possibilities for such applications in both settings are limitless, up to and including:

Every recreational/activity therapist may approach the treatment differently, and every Activity Therapy program may differ from facility to facility. The end goal, however, is the same: An improvement in the quality of life for those who struggle to overcome physical and mental health issues.