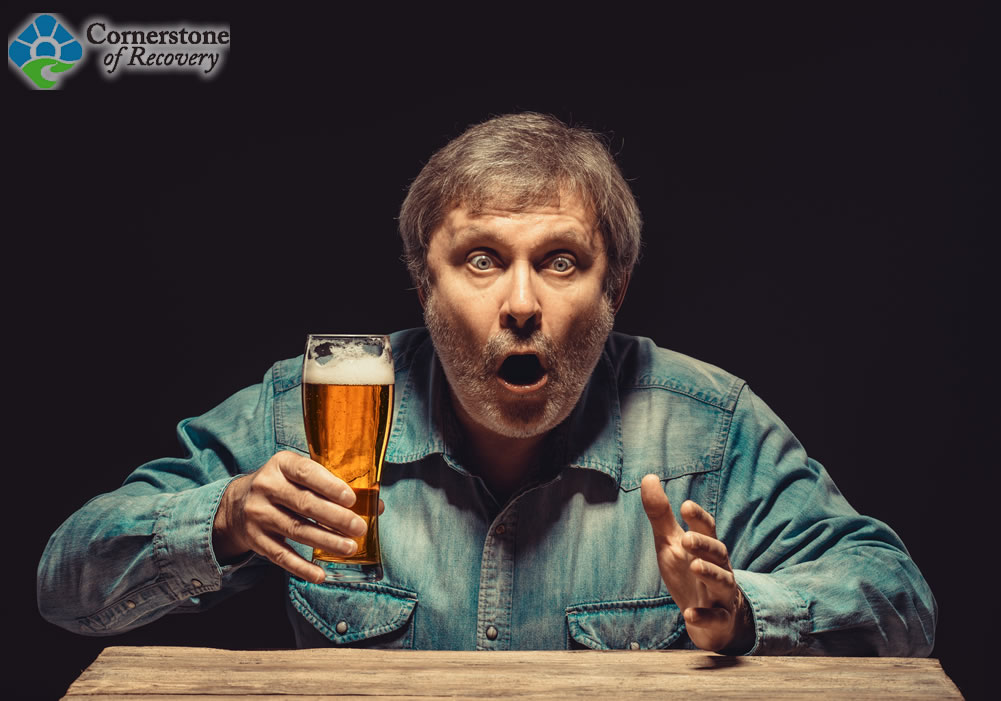 Alcohol Is Doing What To My Body?!?

Just in case you need another reason to examine whether you might have a drinking problem, the Atlanta Journal-Constitution newspaper published a story last year detailing how “heavy drinkers may actually experience higher levels of ‘bad’ bacteria in their mouths, including bugs linked to gum disease, heart disease and cancer compared to moderate or non-drinkers.”

Needless to say, alcoholism carries with it a number of health risks, including:

And now, according to a recently published study in the science journal Microbiome, there’s “bad” mouth bacteria to worry about. By examining microorganisms inside the body of 1,044 American adults who self-identified their drinking habits as non-drinkers, moderate drinkers or heavy drinkers, scientists found that drinkers — especially heavy drinkers — “had fewer Lactobacillales, a type of ‘good’ bacteria used commonly in probiotic supplements, and generally had higher levels of ‘bad’ bacteria, such as Actinomyces bacteroidales and Neisseria.”

The former are the most common causes of infection in dental procedures or oral abscesses, and the latter — related to the pathogen that causes the sexually transmitted disease gonorrhea, as well as meningitis and sepsis — are catalysts for the development of plaque.

Needless to say, heavy alcohol consumption can take a toll on the physical health of individuals who consume alcohol regularly and to excess. While the data doesn’t take into account the poor diet and lifestyle choices that often accompany alcoholism, but it certainly demonstrates a correlation.

Already, alcohol contributes to a number of highway deaths: Every day, according to the Centers for Disease Control, 29 people in the United States die in motor vehicle crashes that involve an alcohol-impaired driver. That’s one death every 50 minutes, and the annual cost of alcohol-related crashes totals more than $44 billion. Combined with the aforementioned health statistics, and it’s clear that alcohol is still a killer.

Now, apparently, it may contribute to a drinker’s oral decay as well … which is just another reason not to delay taking a serious look at your drinking habits, and if you believe you have a problem, reaching out for help to one of the best alcoholism treatment centers in the nation.