It’s a question to which every individual who calls a drug and alcohol rehab is desperate to get a definitive answer: Will rehab work?

Unfortunately, whether it does or it doesn’t depends largely on the type of facility, the tools employed by the clinical staff members of that facility and the most nebulous part of an addiction or alcoholism treatment program: the individual addict and alcoholic.

The willingness to seek treatment is a huge step, but it’s only the first step. Engaging in treatment, applying the psychological and behavioral tools that treatment offers and carrying those tools back to their lives is a monumental ask of anyone, much less those suffering from chemical dependency of one form or another.

Will rehab work? It will, if you do what’s necessary to make it work. But can it work? Absolutely.

Will Rehab Work: What Is It? 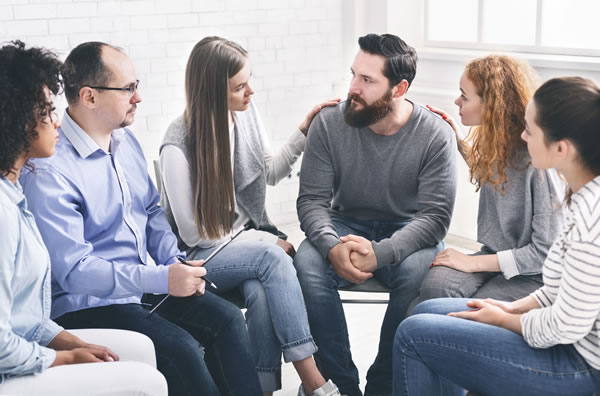 To answer the question, “Will rehab work?,” let’s start out by defining what rehab actually is. We’ll assume, since you’re on the website of a drug and alcohol treatment center, that the problem for which you seek help is drug- or alcohol-related. (And let’s be frank up front: “Addiction” and “alcoholism” are colloquial terms; the medical and scientific definitions are substance use disorder and alcohol use disorder, varying in scope from mild to moderate to severe. But that’s another conversation entirely.)

So what, then, is drug rehab? According to the National Institute on Drug Abuse (NIDA), “drug treatment is intended to help addicted individuals stop compulsive drug seeking and use. Treatment can occur in a variety of settings, take many different forms, and last for different lengths of time.” It “can include behavioral therapy (such as cognitive-behavioral therapy or contingency management), medications, or their combination. The specific type of treatment or combination of treatments will vary depending on the patient’s individual needs and, often, on the types of drugs they use.”

What about alcohol rehab? Is that any different? According to the National Institute on Alcohol Abuse and Alcoholism (NIAAA), while it’s still commonplace to think that those with a drinking problem can only find help in self-help groups like Alcoholics Anonymous or in a residential rehab facility, “Healthcare professionals now provide up-to-date treatments backed by science. Care is offered at different levels of intensity in a variety of settings. Many outpatient options allow people to maintain their regular routines and their privacy, too, if desired.”

For the purposes of defining “rehab,” however, let’s stick with the conventional definition: A facility in which you can be detoxed from alcohol and drugs under medical supervision (and often with the assistance of comfort medication) before transitioning to a program that typically lasts 28 to 35 days. What happens in those programs? As the NIDA points out, many drug and alcohol rehab facilities rely heavily on behavioral therapies, which “can help motivate people to participate in drug treatment, offer strategies for coping with drug cravings, teach ways to avoid drugs and prevent relapse, and help individuals deal with relapse if it occurs. Behavioral therapies can also help people improve communication, relationship, and parenting skills, as well as family dynamics. Many treatment programs employ both individual and group therapies. Group therapy can provide social reinforcement and help enforce behavioral contingencies that promote abstinence and a non-drug-using lifestyle.”

Essentially, effective rehab is a combination of traditional recovery models based on the 12 Steps, but inclusive of a broad array of psychological tools — Cognitive Behavioral Therapy, Trauma Therapy, Schema Therapy, Acceptance And Integration Training, psychiatric care and many, many more. All of them, however, are implemented with a single goal in mind: to unravel the reasons why alcohol and drugs have become such a problem, to get to the root of core issues that drive drinking and drug use and to replace poor coping skills and treat underlying trauma.

So How Effective Is Rehab? 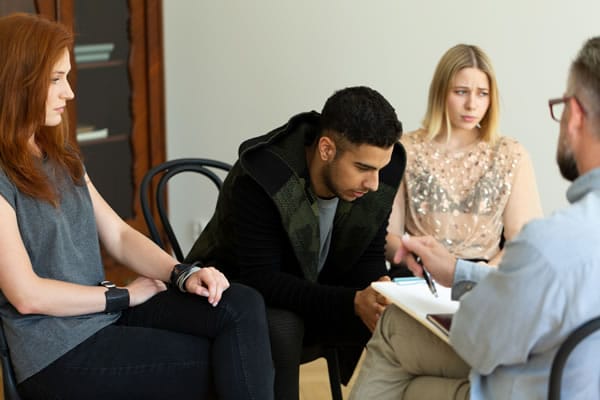 As the NIDA points out, the goal of treatment isn’t just to stop the out-of-control use of drugs and alcohol; it’s also “to return people to productive functioning in the family, workplace, and community.” And it works, the organization adds: “According to research that tracks individuals in treatment over extended periods, most people who get into and remain in treatment stop using drugs, decrease their criminal activity, and improve their occupational, social, and psychological functioning.”

It should be noted that researchers have been asking the question, “Will rehab work?,” for decades. Case in point: A 1982 study in the Journal of the American Medical Association titled “Is Treatment for Substance Abuse Effective?” found that “the results indicated significant and pervasive improvements in virtually all areas for both alcoholics and drug addicts. Major changes were seen in alcohol and drug use, employment, criminal behavior, and psychological function.”

Fourteen years later, another study published in The Milbank Quarterly posited this: “A rationale for reasonable expectations of addiction treatments is offered, from which are derived three outcome criteria for judging the effectiveness of treatments: reduction in substance use; improvement in personal health and social function; and reduction in public health and safety risks. Based on these criteria, treatment was shown to be effective, especially when compared with alternatives like no treatment or incarceration.”

More recently, the journal Behavioral Healthcare Executive reported in 2020 on the findings of Vista Research Group’s compilation of three years worth of data about addiction treatment outcomes. Their findings? “The Vista report generally shows that treatment completion has a positive effect on substance use patterns, mental health symptomology and quality-of-life variables,” according to the journal’s report. “The percentage of patients surveyed at six months post-treatment who were working or attending school rose from 68% pre-treatment to 78% six months post-treatment. The percentage reporting at least a good relationship with their closest family members increased even more dramatically, from 30% at intake to 83% six months post-treatment.”

While it’s virtually impossible to offer a definitive yes or no to the question, “Will rehab work?” — again, because of so many different variables — study after study, conducted over the past 40 years, consistently demonstrate that it can work. Of course, the one variable that will make the biggest difference? The patient himself (or herself).

Will Rehab Work? Some Considerations 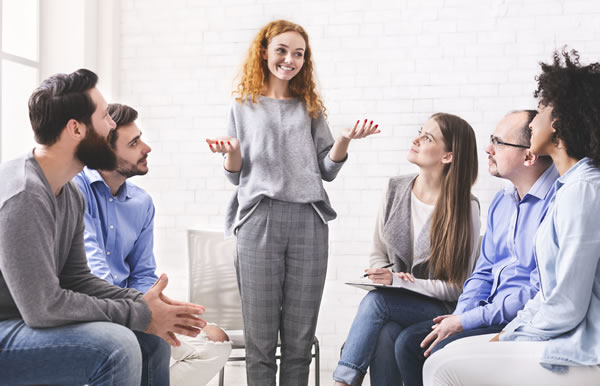 For many individuals with a drug or alcohol problem, treatment is a Hail Mary attempt to course correct before life as they know it collapses — or even stops altogether. By the time many addicts and alcoholics reach the point of acknowledging a need for treatment and seeking that treatment out, they’re not in a position to be discriminating about the type of treatment they can get. Economic and geographic factors often play a large role in determining what sort of rehab a potential patient selects, but in the event they can be selective about their choices, there are a few things to consider.

For example: Beware of facilities that tout impressive “success rates.” Some centers approach treatment with all the razzle-dazzle fanfare of convincing you to buy a new car, and while the “options” may seem nice — who wouldn’t want to pet horses and have spa days while in treatment? — any guarantee of success should be taken with a grain of salt. As the NIDA points out, “The chronic nature of the disease means that relapsing to drug abuse is not only possible but also likely, with symptom recurrence rates similar to those for other well-characterized chronic medical illnesses — such as diabetes, hypertension, and asthma — that also have both physiological and behavioral components.”

So what are those relapse rates? Between 40 and 60 percent, so treatment facilities that boast of a “success rate” of 75 percent (or higher) is either a collective of miracle workers … or they’re not being entirely accurate. For one, it’s difficult to gauge what a “successful” rehab stint looks like: If an individual is a daily IV heroin user with a lengthy criminal record and no prospects for employment before coming to treatment, and one year after completion smokes marijuana but has a job and a family and his health, is that considered failure? By conventional definitions of abstinence, yes … but by that individual’s pre-treatment standards? Certainly not.

As Gary Locke points out in a piece for the financial website MarketWatch, “addiction is a tough thing to treat because it’s a lifelong problem, addiction experts say. At best, they note, rehab is a first-step solution, not a cure. ‘No treatment center will say, “I’m going to get you sober and you’ll stay sober” for life,’ says Kristina Wandzilak, founder and chief executive of Full Circle Intervention, a San Francisco-based treatment service.”

It's important to note: Not every treatment facility will try to convince you that they have unparalleled success at helping addicts and alcoholics stay sober permanently. Many of the most effective study their own data and can give you a general idea of how well their treatment works, even if that doesn’t to a hard “success rate.” And all of them that are aboveboard will tell you the same thing:

Will rehab work? Yes. Does it always work? No. What’s the variable? The individual. But if he or she is willing and open-minded to making the necessary changes to get sober and stay that way, then the biggest hurdle standing in the way of success is already cleared.