Heroin withdrawal is caused by the cessation of the drug’s use after dependence is developed — in laymen’s terms, that means those who have done heroin long enough and repeatedly enough to cause a physical dependence in the body and brain are, shortly after their last use, worriedly wondering “What is the timeline for heroin withdrawal symptoms?”

According to the National Institute on Drug Abuse (NIDA), “Withdrawal may occur within a few hours after the last time the drug is taken. Symptoms of withdrawal include restlessness, muscle and bone pain, insomnia, diarrhea, vomiting, cold flashes with goose bumps (‘cold turkey’), and leg movements. Major withdrawal symptoms peak between 24-48 hours after the last dose of heroin and subside after about a week. However, some people have shown persistent withdrawal signs for many months.”

As with detoxification from any drug, the timeline can vary and depends on the size of an individual user’s habit. Someone who sniffs a small amount daily will be uncomfortable, but an IV drug user who goes through several bags a day will feel as if he or she is in excruciating agony. Regardless, the idea of withdrawal itself is, to many heroin addicts, terrifying, and understanding what the process entails may offer a small measure of understanding.

Read More: How Long Does It Take for Heroin Withdrawal Symptoms to Start?

What Is the Timeline for Heroin Withdrawal Symptoms? Stopping 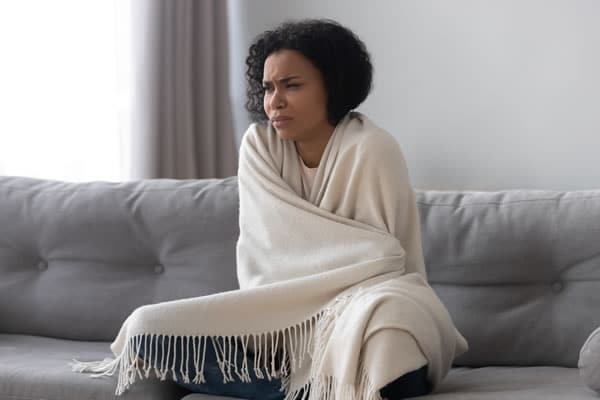 It’s important to understand that addiction isn’t a stop-and-start process, meaning that withdrawal isn’t a one-time experience. Many addicts of physically addictive drugs like heroin find themselves in the early stages of withdrawal when they run out and are unable to get more, and with physical dependence comes a desperate need to stay one step ahead of those symptoms, which can feel psychologically devastating more so than physically debilitating.

“In the moment, when you are experiencing the first few stages of withdrawal, even though you know that the worst that’s going to happen is that you will feel like you have the flu, there’s a psychological piece that is so terrifying and so disconcerting,” Ian McLoone, a licensed alcohol and drug counselor and graduate student, told the online newspaper MinnPost. “You know that there’s a cure, and you know that it’s out there, and that’s why people will go to such lengths to quell those withdrawal symptoms. Even though it’s ridiculous and it’s weak and it’s pitiful, in the moment, it really seems like it’s the worst thing that can ever possibly happen.”

According to the health information website Medical News Today, the first stage of heroin withdrawal occurs when an individual stops using and, within a few hours, begins to experience cravings: “A person will begin experiencing cravings for opioids shortly after they stop taking them and usually around the time they would have taken their next dose … cravings will get worse and worse over several hours. Some symptoms that a person might experience include:

“At this stage, a person may still be able to manage their withdrawal symptoms with distraction, support, or doing something else that leads to pleasure.”

What Is the Timeline for Heroin Withdrawal Symptoms? It Gets Worse

Fair warning: If you’re trying to figure out what is the timeline for heroin withdrawal symptoms, do yourself a favor. Call a drug and alcohol treatment center so that rather than plotting how to survive through those symptoms, you can be safely, comfortably medically detoxed, under the supervision of clinical and nursing staff members who have a keen understanding of what you’re going through and want to help you make it to the other side as painlessly as possible.

Because as Medical News Today points out, the next phase, intense withdrawal symptoms, aren’t easy.

“Opioid (heroin is an opioid) withdrawal symptoms will become progressively more severe as opioids leave the body … at this peak stage, a person may feel very sick. Some common symptoms include:

“This stage of withdrawal is the most powerful, and it is the time when a person is at higher risk of relapse.”

Why is that? Brian Rinker, a recovering addict who detailed his own experiences with Kaiser Health News, puts it bluntly: “You crave opioids, not because you necessarily want the high, but because they’d bring instant relief. Quitting heroin was my plan every night when I went to sleep. But when morning came, I’d rarely last an hour, let alone the day, before finding a way to get heroin.” 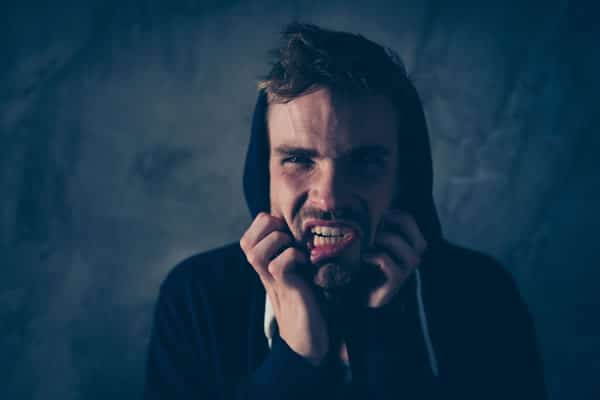 First, the good news, according to that Medical News Today article: “For most people, symptoms gradually reduce within a week of their last use of the drug. Physical withdrawal should disappear in a week or less, and psychological cravings will be much less intense.” However, that doesn’t mean that once the worst has passed, everything goes back to normal.

First of all, as the health website Healthline reports, “The first week of withdrawal is typically the worst, but be prepared for some symptoms to last longer. Symptoms typically last up to one month, but can linger for several months. Symptoms that can last longer than one week include tiredness, depression, anxiety, and trouble sleeping.”

On top of that, there’s a condition known as Post-Acute Withdrawal Syndrome, or PAWS. According to the addiction and recovery website The Fix, “Symptoms of PAWS include mood swings resembling an affective disorder, anhedonia (the inability to feel pleasure from anything beyond use of the drug), insomnia, extreme drug craving and obsession, anxiety and panic attacks, depression, suicidal ideation and suicide, and general cognitive impairment.”

So in understanding what is the timeline for heroin withdrawal symptoms, it’s important to factor PAWS into the equation. Why? As Very Well Mind points out, “long-term alcohol and drug use can cause chemical changes in the brain. When someone suddenly stops using, the brain must re-adjust to being without those substances. How long this adjustment lasts can depend on how much damage prolonged substance abuse did to the body's nervous system.

“The process of the brain adjusting to being without drugs or alcohol can be aggravated by the stress of trying to maintain abstinence after years of drinking or doing drugs. Because many people in recovery used alcohol and drugs to deal with stress in the past, any stress they experience while trying to remain sober can make their protracted withdrawal symptoms worse.”

One of the best coping mechanisms to help heroin addicts deal with stress comes from comprehensive addiction treatment. A drug and alcohol treatment center that offers medical detox and transition into a rehab program that can give patients a way to combat PAWS, and stay clean in the face of temptation, is a far better management tool for heroin addiction than trying to manage heroin withdrawal symptoms alone.