What is alcohol rehab like? That’s a question a great many first-time treatment seekers ask, because the process often seems shrouded in mystery.

It’s not, of course, but because it involves something as mercurial as alcoholism, it often seems like a much more complex process than checking into a hospital for a simple medical procedure like, for example, hernia surgery. And in many ways, it is.

But the goal is the same: You have a problem that’s affecting you physically, mentally and emotionally. Your relationships are suffering, your job may be in jeopardy and you may have legal problems to contend with because of your drinking.

In that regard, treatment for a drug or alcohol problem is much the same as any other medical care, in that it’s designed to improve your physical health, and in the case of a biological brain disease, restore you to emotional sanity as well.

So what is alcohol rehab like? Let’s take a look. 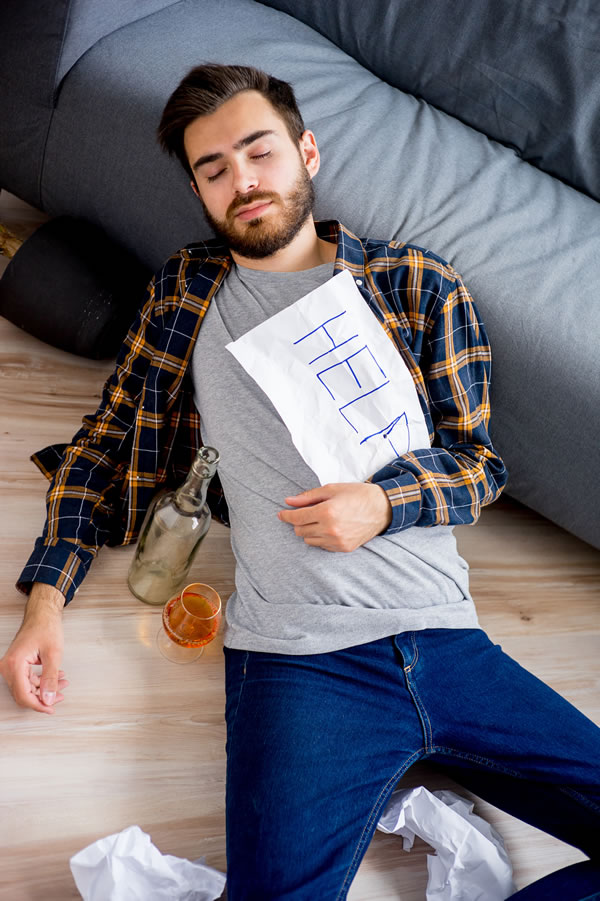 You’ve acknowledged that you need professional assistance to get a handle on an out-of-control drinking problem. You’ve called a drug and alcohol treatment center and made an appointment for admission. Your bags are packed (be sure and consult your respective treatment facility’s list of what is and isn’t allowed when you check in), and you’re doing your best to drink just enough to keep away the agony of withdrawal without getting so drunk you blow this opportunity.

What’s next? What happens when you arrive? What is alcohol rehab like?

The majority of the time, your first step upon arrival at a treatment facility — after the admissions process, of course — will be in the facility’s medical wing, often known as detox. As the website WebMD points out, “Regardless of whether you choose an inpatient or an outpatient program, recovery often starts with detoxification, or clearing the alcohol out of your system. If you’ve become dependent on alcohol, you may have symptoms of withdrawal when you stop drinking.”

The goal of medical detox is to ease you through the withdrawal process. By the time you’ve reached a point in your life where you’ve acknowledged that treatment is necessary for your drinking problem, your body and brain are most likely dependent on alcohol, and stopping suddenly can precipitate a number of unpleasant, and sometimes life-threatening, symptoms, according to WebMD, including:

It’s important to note that no matter how much or how little you drink, it’s important that the withdrawal process is managed under medical supervision to prevent any unexpected complications, which aren’t uncommon: According to a 2015 article in the New England Journal of Medicine, “About 50% of persons with alcohol-use disorders have symptoms of alcohol withdrawal when they reduce or discontinue their alcohol consumption; in 3 to 5% of these persons, grand mal convulsions, severe confusion (a delirium), or both develop.”

That doesn’t mean you’ll receive medication you don’t need, however. As an article in Healthline points out, milder symptoms may not cause a great deal of physiological distress, and the emotional ones can be helped by therapy and group support. However, the article continues, “You may need medications if you have moderate to severe withdrawal symptoms,” including:

Typically, detox lasts anywhere from two to seven days, after which time you’ll be introduced into the treatment community at large because “Getting alcohol out of the body is just the first step. Over time a drinking problem can rewire your brain to want alcohol, ‘so getting into treatment and into some sort of support system that will allow the person to continue to stay sober over time is critical,’ Margie Skeer, ScD, an associate professor of public health and community medicine at Tufts University School of Medicine, tells WebMD Connect to Care.” 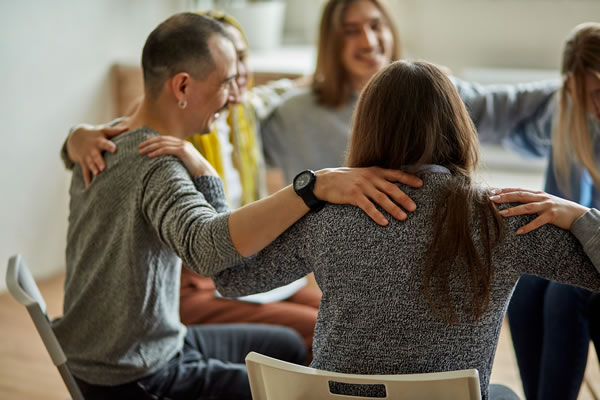 Once the physical effects of alcohol are dealt with, the primary work of alcoholism treatment can begin. Much of this involves behavioral modification therapy, as the National Institute on Alcohol Abuse and Alcoholism (NIAAA) points out: “Behavioral treatments are aimed at changing drinking behavior through counseling. They are led by health professionals and supported by studies showing they can be beneficial.”

Why, you may ask, do you need these behavioral treatments? Simply put: Alcohol has affected your brain as well as your body. How? David DiSalvo, a contributor to Forbes, breaks it down:

These changes aren’t permanent, but they’re slow to reverse. They take time, but rather than simply waiting them out, and thus suffering through a sometimes excruciating period of craving, alcoholism treatment helps you to retrain your thought processes in order to deal with the longing for a drink. As the National Institute on Drug Abuse (NIDA) points out, “Behavioral approaches help engage people in drug abuse treatment, provide incentives for them to remain abstinent, modify their attitudes and behaviors related to drug abuse, and increase their life skills to handle stressful circumstances and environmental cues that may trigger intense craving for drugs and prompt another cycle of compulsive abuse.” (It’s important to note that for the purposes of treatment, alcohol is considered a drug, and addiction treatment for alcohol works the same as addiction treatment for other substances.)

So what is alcohol rehab like? A lot of behavioral therapy, in many different settings and scenarios. A reputable drug and alcohol treatment facility uses a number of evidence-based therapies, which are drawn from academia and are backed up by studies that demonstrate their effectiveness, according to a 2019 article in the journal Science Advances: “Treatments with the greatest evidence of efficacy range from brief interventions, including motivational interviewing approaches, to operant conditioning approaches, including contingency management and the community reinforcement approach, to cognitive behavioral treatments, including coping skills training and relapse prevention, and to acceptance- and mindfulness-based approaches. Twelve-step facilitation, which was designed specifically to connect individuals with mutual support groups, has also been shown to be effective.”

So What Happens There? 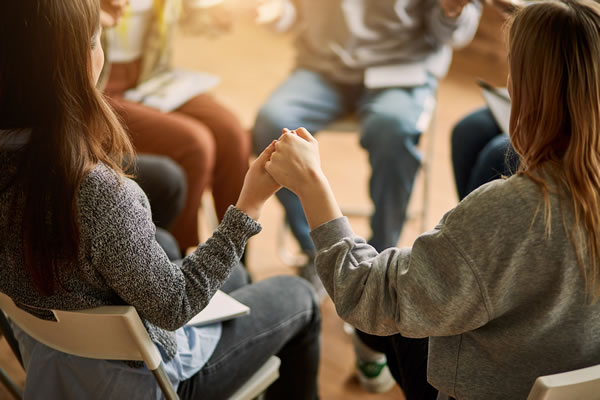 OK, we get it: That may give you a 30,000-foot view of what alcohol rehab is like, but it doesn’t break down the specifics. Those can vary from facility to facility, but there are, by and large, techniques used across the board, according to WebMD, including:

Basically, after medical detox, you’ll meet with a counselor and be assigned to a specific community, depending on your treatment track and the programs offered by that specific facility. You’ll bond with others in similar situations, individuals who are there for the same reasons you are and facing the same problems you do. You’ll eat together, sit through therapy groups together, spend your down time together and generally come to understand that a brotherhood (or sisterhood) of fellow recovering addicts and alcoholics can be the ideal support you need — in treatment and after you leave, where you’ll be encouraged to replicate that support at 12 Step meetings and other self-help groups.

Depending on the facility, your daily activities may include Activity Therapy or Fitness Therapy, in which you’ll learn to have fun again and work on your physical body. If you have any co-occurring psychiatric issues like depression, you’ll see a facility’s psychiatric team and get the dual diagnosis treatment you need. You may, if you so choose, wish to involve family members in the healing process, which means Family Therapy will be a part of your treatment stay as well.

And then, of course, there are the usual activities that are part of life whether you’re in treatment or not: meals, laundry, sleep, personal hygiene … and definite down time to work on assignments you’re given as a means of engaging in the therapeutic process. There may be outside recreational activities (something up in the air at treatment facilities across the country because of the ongoing COVID-19 pandemic), and you may be transported regularly to 12 Step meetings in the community as a way of easing you into the process of attending those meetings after treatment.

And you’ll be working on your discharge plans almost from the time you arrive. Let’s face it: You’ll spend more time asking “what is alcohol rehab like?” than actually being in alcohol rehab, and 30 days isn’t a lot of time to course correct a problem that’s been years in the making. While the staff doesn’t want you to be thinking about leaving too much or too soon, they do want to set you up for success, so you’ll be asked to help take part in your aftercare planning early on in the process.

That may mean transitioning into a facility’s sober living community and attending intensive outpatient programming on campus. It may be finding a bed in a halfway house closer to home. It may mean going back to your life and continuing to attend recovery meetings. Either way, the goal is to build on the foundation stones laid in treatment to maintain your fledgling sobriety.

What is alcohol rehab like? It’s a second chance. A fresh start. A new way to live. It takes commitment and willingness on your part, but the freedom on the other side of it is indescribable.