If you’re the loved one of someone with a drinking problem who wants to intervene, you’re probably already considering the worst-case scenario: What do you do if an alcoholic refuses to go to rehab?

It’s a valid concern, as the 2019 National Survey on Drug Use and Health indicates: “Among the 18.9 million people aged 12 or older in 2019 with (a substance use disorder) in the past year who did not receive treatment at a specialty facility, 95.7 percent (or 18.1 million people) did not feel that they needed treatment.” Even more disheartening, of the remaining percentage, “3.0 percent (or 577,000 people) felt that they needed treatment but did not make an effort to get treatment.”

In other words: According to the survey, conducted by the U.S. Substance Abuse and Mental Health Services Administration, only 236,000 people out of almost 19 million agreed that they needed drug and alcohol treatment and made the effort to get it. Needless to say, that can be an emotionally crippling blow to family members who are desperate for the alcoholics in their lives to address their drinking problems.

But … just because an alcoholic refuses to go to rehab doesn’t mean those who feel its necessary have to simply shrug their shoulders and give up. There are steps that can be taken to “raise the bottom,” so to speak, and nudge those individuals in the right direction. 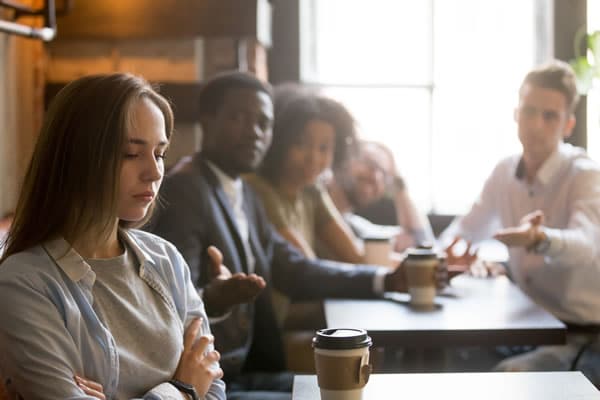 Before an alcoholic refuses to go to rehab, however, the subject of his or her drinking needs to be addressed by those with cause for concern, and that’s never an easy task. As the National Institute on Alcohol Abuse and Alcoholism points out, “If you’re helping a loved one find treatment, it can be hard to know how to talk with him or her about it. While it may be challenging, try to adopt a nonjudgmental tone. Showing some empathy may lead to a more productive conversation.”

Before you engage in that conversation, however, Stephanie Watson, writing for Healthline, has an important suggestion: Gather as much information as possible: “Alcohol use disorder, or alcoholism, is more than just drinking too much from time to time. Sometimes alcohol as coping mechanism or social habit may look like alcoholism, but it’s not the same. People with alcohol use disorder don’t drink in moderation, even if they say they’re only having one drink.”

There are a number of resources that you can consult to determine whether a loved one is drinking too much, or a spouse has a drinking problem, or even how to talk about alcoholism. In addition, learning as much as you can about the disease of alcoholism will help you determine the scope of a loved one’s drinking problem and what sort of help they might need — and as the American Psychological Association points out, that doesn’t always mean rehab … but it might, too: “Some people with drinking problems work hard to resolve them. With the support of family members or friends, these individuals are often able to recover on their own. However, those with alcohol dependence usually can’t stop drinking through willpower alone. Many need outside help. They may need medically supervised detoxification to avoid potentially life-threatening withdrawal symptoms, such as seizures. Once people are stabilized, they may need help resolving psychological issues associated with problem drinking.”

Most importantly, according to the NIAAA, plan for the conversation ahead of time by taking a few suggestions:

So What if the Alcoholic Refuses to Go to Rehab? 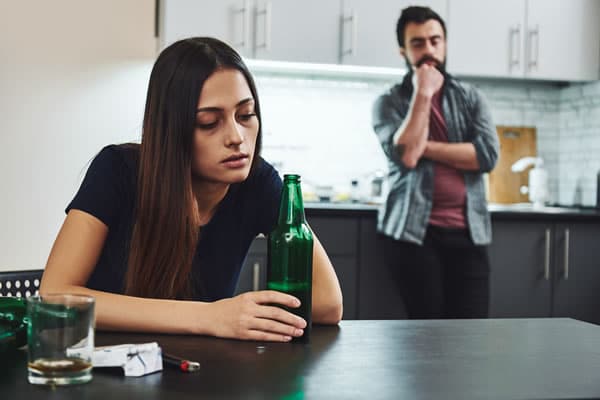 It can’t be stressed enough that the goal of expressed concern over a loved one’s drinking problem is to get them to acknowledge the problem and accept help … and how you approach those topics can make all the difference. Robert Meyers, a research associate professor emeritus in psychology at the University of New Mexico’s Center on Alcoholism, Substance Abuse and Addiction tells the AARP that “a person with a drinking problem already feels guilt. If you shame them, it may lead them back to the bottle, because those feelings are often a hidden motivator for them to drink.”

But sometimes, no matter how loving, supportive or empathetic you may be, they’re simply not ready to do anything about their drinking. And if an alcoholic refuses to go to rehab, that may trigger your own strong emotions. Tip No. 1: Don’t lash out. It won’t help. As the staff of the Mayo Clinic writes, “Emotionally prepare yourself for these situations, while remaining hopeful for positive change.” Because change is still possible … it just needs to be presented in a different format.

That often looks like an intervention. As Watson points out, “Approaching someone to discuss your concerns is different from an intervention. An intervention is more involved. It involves planning, giving consequences, sharing, and presenting a treatment option.” An intervention, according to Mary Brophy Marcus in a report for Men’s Health, “is a meeting staged by family and friends to convince a loved one struggling with addiction to get help. The concept of interventions rose to popularity 20 to 30 years ago … (and) the long-running A&E series ‘Intervention,’ which first aired in 2005, has also brought attention to this method of helping people with serious addictions turn their lives around. The show profiles people dependent on drugs, alcohol or compulsive behaviors and what happens when their families and friends give them an ultimatum to get better or lose everything.”

According to the Mayo Clinic staff, there are three primary components to an intervention, in which loved ones should:

Interventions can be informal ones, meaning that they’re organized by a concerned family member — but there are some specific do’s and don’ts that should be adhered to in such circumstances.

A more formal intervention is one that calls on outside help, the Mayo Clinic advises: “Consulting an addiction professional, such as a licensed alcohol and drug counselor, a social worker, a psychologist, a psychiatrist, or an interventionist, can help you organize an effective intervention. An addiction professional will take into account your loved one’s particular circumstances, suggest the best approach, and help guide you in what type of treatment and follow-up plan is likely to work best.”

While each intervention may look different, those three primary components are critical: A treatment plan or alcohol rehab should be explored up front, so that if your loved one agrees to get help, the plan to do so can be executed immediately. And if the alcoholic refuses to go to rehab, they need to have a clear understanding of what the consequences will be: “If your loved one doesn’t accept treatment, each person on the team needs to decide what action he or she will take. For example, you may decide to ask your loved one to move out,” according to Mayo writers.

If an Alcoholic Refuses to Go to Rehab, Don’t Give Up! 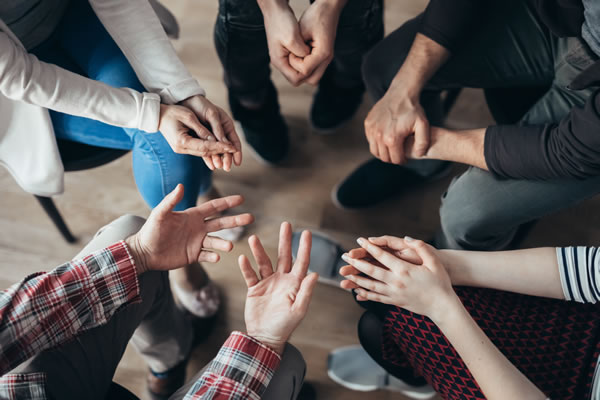 While an intervention may be an option if an alcoholic refuses to go to rehab, it’s not the only option. According to the NIAAA, if that happens, it may mean that “your loved one just needs a break from the discussion. Give him or her some time to think more about it.” If you have treatment options on hand, leave them with that person, because while they may be defensive, they may also be facing, perhaps for the first time, that their drinking problem is having an effect on others in their lives. The NIAAA goes on to point out, “you might find that your loved one is more willing to talk after having some time to think about it. If your loved one will talk but just doesn’t like the choices you’ve offered, you can ask again what kinds of help he or she might be willing to try.”

You may not be in a position, or have the willingness, to bargain, and that’s OK. What’s important is that if you’ve laid out specific consequences if your alcoholic refuses to go to rehab, stick with them. However — and this is critically important to understand — setting boundaries is different than exercising what’s known as “tough love,” as a report for NPR points out: “Many drug users say, in hindsight, they’ve appreciated being forced into treatment. But studies show that a compassionate approach and voluntary treatment are the more effective ways to engage drug users in recovery and keep them alive. That’s a critical consideration for families in this era of fentanyl, a powerful opioid that can shut down breathing in seconds.” The piece goes on to quote Nora Volkow, director of the National Institute on Drug Abuse: “The concept of letting their children hit bottom is not the best strategy. Because in hitting bottom they may die.”

You can, however, tell the alcoholic in your life that you will no longer pay their bills, for example. That if they’re arrested, you won’t bail them out of jail. That you won’t allow them to consume alcohol in your home. These measures aren’t punitive, although the individual you’re trying to help may label them as such — they’re simply measures you need to take for your own well-being.

Because whether an alcoholic refuses to go to rehab or accepts help, your well-being needs to be a priority. As Barbara Stepko writes for AARP, “don’t let their problem take over your life. Take a step back from time to time and take care of yourself by getting enough sleep and exercise and eating well. And don’t isolate yourself … seek help from a trusted friend, therapist or clergy member if you feel stressed or depressed. You can also participate in a support program designed for the friends and family members whose lives have been affected by someone else’s drinking, such as Al-Anon.”

Making a distinction between boundaries necessary for your personal physical and mental health and “tough love” can be difficult. Arranging an intervention can be complicated. Getting a loved one who drinks too much the help they need can be exhausting. But know this: In the end, if you’re not taking care of yourself, then you can’t be of any assistance to the alcoholic (or addict) in your life. Don’t give up, but don’t lose focus on what you need.