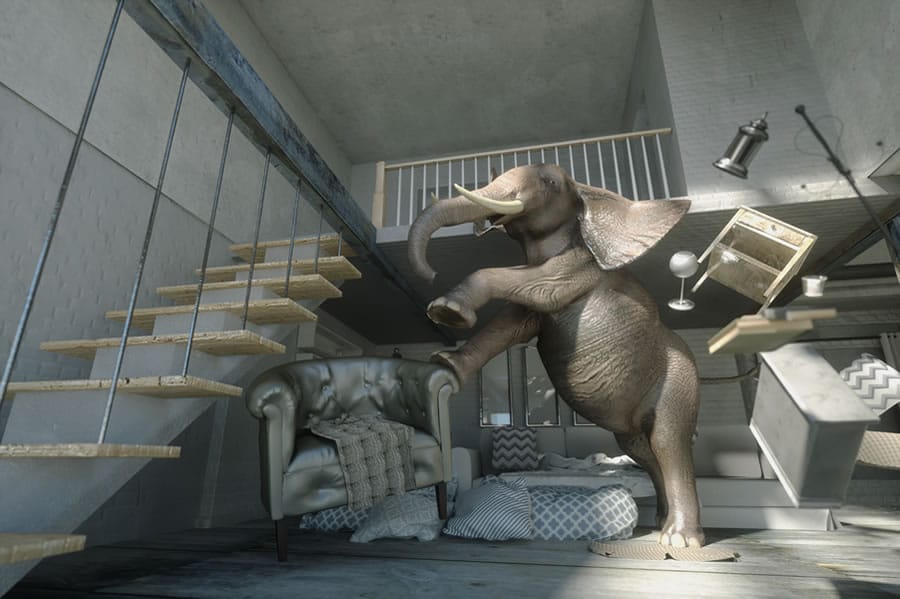 We live in a society awash in booze.

Despite the inevitable taglines to “drink responsibly,” alcohol commercials permeate the airwaves. They’re splashed across colorful magazine spreads. They appear in online pop-up advertisements. And in each and every one, the laughter, the smiles and the jovial-looking individuals communicate a singular message: Life is better with a drink.

It’s little wonder, then, that according to the National Institute on Alcohol Abuse and Alcoholism’s 2015 National Survey on Drug Use and Health, 26.9 percent of Americans ages 18 and older reported binge drinking in the previous month. Seven percent reported heavy alcohol use in the previous month. And 15.1 million Americans, ages 18 and older, fit the criteria for what’s known as alcohol use disorder, the medical definition for “problem drinking that becomes severe,” according to the NIAAA.

Given the scope of those numbers, chances are good that you know someone in your life who has a problem with alcohol. Whether it’s a co-worker, a relative or a friend, you might be wondering what you can do to help.

Is There a Problem? 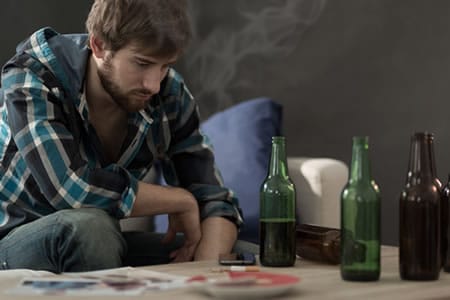 Sometimes, it’s difficult to distinguish between moderate drinking, heavy alcohol consumption and alcohol use disorder, or alcoholism as it's known colloquially. There are certain signs and symptoms, however, that can indicate the latter, according to the U.S. National Library of Medicine:

There are a number of online self-examinations that those who think that might have a problem can take, but it’s important to keep in mind: Not every heavy drinker has a problem, and those who do often will deny there is one. The most important thing to keep in mind before engaging in any conversation is that you have the best interests of your friend/family member/co-worker at heart, and you’re approaching them from a place of care and concern.

Perhaps you’re hesitant to do so, and that’s understandable. However, it’s also important to keep in mind that there are other signs that an individual’s alcohol consumption is quickly approaching a life-threatening point of concern, especially if they:

If you’ve chosen to move forward and express your concern, there are some strategies that may help the individual be more receptive to what you have to say. Consider: 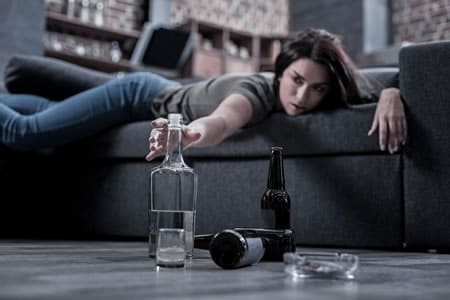 Alcohol withdrawal can be deadly. Familiarize yourself with the symptoms of alcohol cessation, and talk to your loved one about how serious their problem is. If they need an around-the-clock regimen to keep from being physically ill, they likely need detox in a safe and medically supervised environment. There are drug and alcohol treatment centers that offer such resources and will work to not only provide detox, but residential alcohol treatment that will give your loved one the best chance at long-term sobriety.

Finally, it’s important to remember that despite your best intentions, your overtures may very likely be met with anger and resentment. Don’t take it personally — that’s a common reaction, and even if your loved one terminates the conversation and walks away, you’ve succeeded in planting a seed. You’ve acknowledged that perhaps there is a problem, and when that individual is ready to do something about it, they’ll hopefully remember your kindness and your support.

In the meantime, explore your options. Call around to local treatment centers and find out if there’s a waiting list or what the protocol is for admission. Some facilities, like Cornerstone of Recovery, have trained interventionists on staff. If the situation is critical, a formal intervention process can be arranged that involves an extended network of family members and loved ones all working together to exert pressure on an individual to get help.

Finally, take care of yourself. If you’ve found yourself losing sleep, being distracted from your own life or growing irrationally angry or worried because of this individual, then their disease has affected you negatively. There are 12 Step groups for friends and family members of alcoholics, specifically Al-Anon, which offers meetings in many larger cities. In addition, there are online support groups you can turn to as well. The most important thing to remember is that you can’t help someone else heal if you yourself are still sick. It’s only from a place of serenity can you offer the same to those in your life who struggle with alcoholism.