When Dana Archibald left a drug and alcohol treatment center in the spring of 1998, he had his wife, Marcia, and his job as an American Airlines pilot to go back to, but not much else.

He was grateful for it all, and more importantly he was grateful for sobriety, but life on life’s terms was waiting for him when he got out, and it was difficult to focus on establishing a firm foundation in recovery, he said, when the bill were due.

“I did 30 days in Carmel, New York, at Arms Acres, a great treatment center that reminded me a lot of Cornerstone (of Recovery),” he said. “The people there were super supportive, and they let you out in the morning, so you would have time to get home and get to that first (12 Step) meeting. I did, and that’s where I got my first sponsor, but I was completely broke. There were no pennies in the penny jar, no change in between the couch seats.

“We had nothing, and I was concerned because we couldn’t pay the electric bill. I didn’t want to say anything to my sponsor, because I didn’t feel like it had anything to do with recovery, but he eventually called me on it and said, ‘Your head’s not in the game! What’s the matter?’ I broke down and told him that in two weeks, our electricity was going to be turned off, and I didn’t know what I was going to do. And that’s when he pulled $300 out of his pocket and said, ‘Pay me back when you can. Now get your head in the sobriety game!’

“It was such a relief to me to go down and pay that bill and not have to worry about it, and that’s where the premise of the Aviation Family Fund came from,” he added. 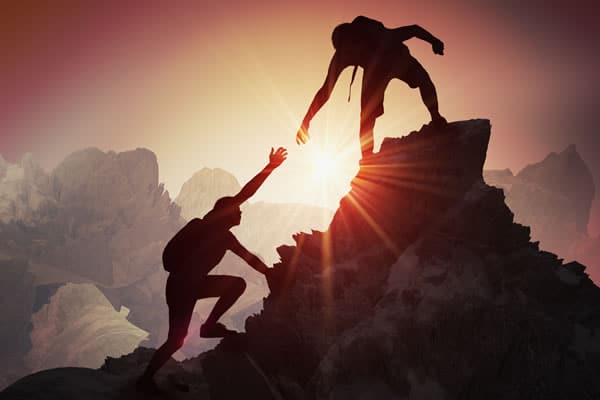 Out of that simple act of kindness developed a program that’s unique to the aviation industry, and serves as an auxiliary source of support to those employees who face financial hardship due to alcohol and drug use. According to the Aviation Family Fund website, it “was established by a small group of people who believe in recovery, are dedicated to the cause, and bring years of resources from varying backgrounds to help make AFF successful. Leveraging upon these resources, the founders work with high-profile individuals in the areas of addiction, treatment centers, finance, insurance, law, media and others to achieve our mission to provide the financial resources for recovery to the aviation community.”

“There’s a little bit of a stigma, almost,” Archibald pointed out. “We live in Raleigh (North Carolina), and we always hear in our neighborhood about the Durham Rescue Mission, which helps the homeless, and people come out in droves to donate there, and that’s great. But when we come out and say that we’re helping anybody in aviation get a leg up with financing for addiction issues, the question they always ask, ‘Don’t they make a lot of money?’”

Those familiar with addiction and alcoholism, however, have a keen understanding of the devastation those illnesses cause in all areas of life, including the financial. Often, those who seek help are at the end of their ropes, with the only thing left to their name a job that allows and encourages them to seek help through a national monitoring program by which they can receive treatment and successfully return to the cockpit under Special Issuance Regulations by the Federal Aviation Administration (FAA).

Archibald has an intimate understanding of that process, and not just as a pilot who returned to work through it. After helping other members of the aviators in an EAP-style role for six years, when he stepped out of it in 2011, he decided to turn his attention toward giving back in the same way his sponsor did for him.

“I always found a need, when helping aviators, for extra money,” he said. “Whether they were flying a big jumbo jet or working on the ramp, there was always a need for a leg up, and we decided early one we weren’t going to be their bank. We weren’t going to pay off all their debts. But we could give them a reprieve and just do something to help out.”

A simple way of giving back 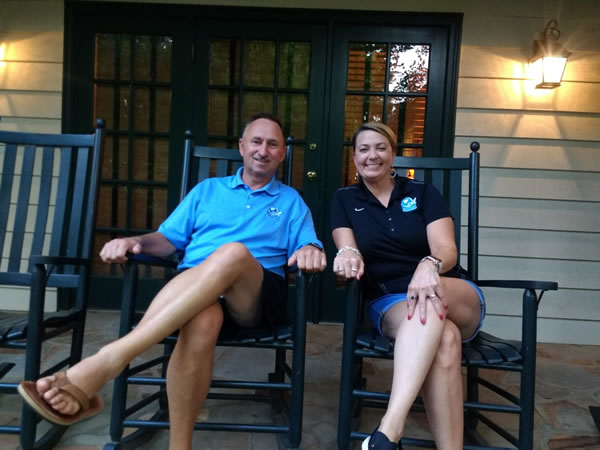 The board of directors for the Aviation Family Fund is small — the Archibalds, and Dana’s sister, Karyn Joy Rivera, and the average donation per individual ranges from $1,500 to $2,500, he said. It’s always given directly to sources rather than the individuals themselves — landlords, banks, COBRA plans and treatment facilities, for example. In addition, their connections throughout the aviation and the addiction treatment industries allow them to negotiate for discounted rates, and many providers recognize the good work that the Archibalds are doing and comp their services.

“They’re helping out because they see a need,” he said. “One of the first pilots we helped struggled through the cognitive testing. He took them multiple times, and we financed it once, begged the doctor a second time, and then because the doctor knew we would be back to beg a third time, gave it to him for free. People in the profession were telling us he would have to find another line of work, and even he was told to give up.

“But on the third time, he passed, and he’s been back flying corporate for eight or nine years now. Last year, during the presidential campaign, he sent me a picture with Joe Biden, because his company was hired to fly him around. A lot of times people ask me, ‘How do you know they’re going to stay sober?,’ and I’ll always tell them: I have no idea. We’re helping them out in this moment.”

And that help has a ripple effect that extends far beyond the individuals themselves. Archibald recalls a particular pilot from California who received financial assistance from the fund, and he insisted that the Archibalds talk to his wife. Dana was reticent at first, because he knew that the call would make him emotional.

“She got on the phone and told me, ‘We’re going to have a wonderful Christmas because my husband is sober, but now we might be able to buy some presents for the kids, too,’” he said.

Archibald started coming to the Peer Pilot and Management Conference, sponsored by Cornerstone of Recovery and taking place this week at RT Lodge in Maryville, Tennessee, almost two decades ago, when the drug and alcohol treatment center’s Aviation Program was in its infancy. At the time, finding facilities that could navigate the special needs of pilots and the FAA requirements of their treatment. Cornerstone has met those needs, and while the Aviation Family Fund doesn’t want to show preference to any particular facility, the bond the Archibalds feel to Cornerstone is a strong one. The by-the-bootstraps origin story of Cornerstone mirrors that of the fund itself, as well as the Archibalds’ journey after Dana got sober.

And both, Marcia added, continue to offer a helping hand to those whose lives have been disrupted by drugs and alcohol. And that work, she said, is never-ending.