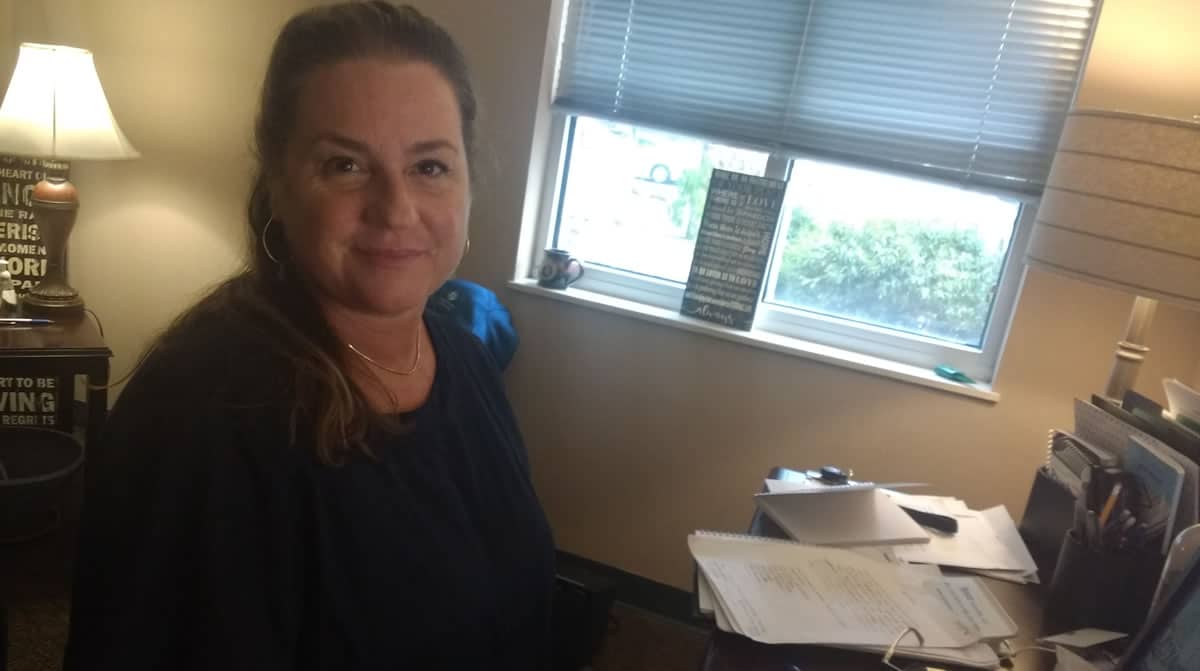 On the other side of her addiction, Denicia Lowe remembers the staggering beauty of her childhood.

Now a therapist at Stepping Stone to Recovery, Denicia was born in the East Tennessee community of Harriman, but her parents moved the family to the East African country of Kenya for missionary work when she was 6. There, she got to experience a childhood unlike any other.

“We used to stay in the Amboseli National Park, in these little one-room thatched buildings that were like a hut, and it was kind of like camping,” she said. “To be able to wake up in the morning and go out on the little bitty porch out there, and see Mt. Kilimanjaro in the distance, and the plain is right there, and see the elephants … that was probably one thing I’ll never forget. I remember one time we saw this herd of elephants, and the matriarch was leading them, and they were just slowly walking by. It was incredible to watch. And of course, hearing the lions and hyenas at night. That was a little scary.”

Growing up in a Third World country, learning to speak Swahili and living as part of an entirely different culture made it difficult, however, for a teenage girl to find her identity. She wasn’t Kenyan, and upon return to East Tennessee after high school graduation, she found herself without a sense of identity among her American peers. 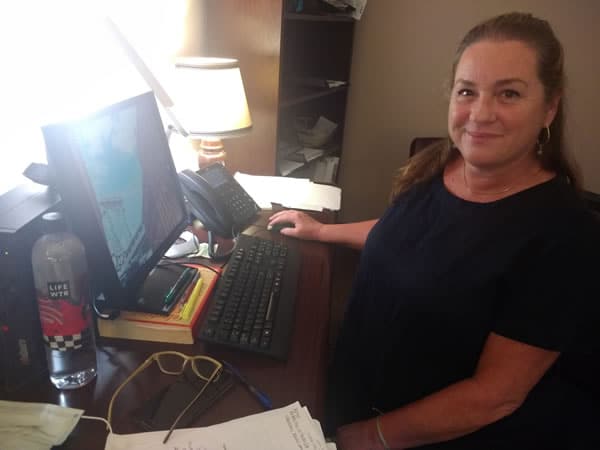 Drugs and alcohol became a panacea for that discomfort, though, and for a number of years, Denicia built a marriage and a career despite being a functioning alcoholic and addict. By the time she turned 40, the wheels started to come off, and as her high-stress, high-profile job began to unravel, so too did her marriage. After one tumultuous night, she took her daughter and left, knowing only one thing: She had to do something different.

She first found sobriety through the Celebrate Recovery program, which helped her get clean and stay that way for the next five years. She decided to further her education, completing a degree in educational counseling and obtaining her school licensure, intent on finding a job as a counselor for Knox County Schools. An open position eluded her, however, and she found herself working in the credit recovery lab at West High School.

“For two years after that, I still couldn’t get on with Knox County, so I think that was part of my relapse,” she said. ‘I felt so defeated.”

She landed another job in internal auditing at K-25 Federal Credit Union, but she soon lost it because of her disease. Finally, her godfather, who was familiar with the ravages of it and the ways to recover from it, suggested she try a 12 Step program. She went to her first recovery meeting, got clean and threw herself into the process — sponsorship, Step work, the whole nine yards. That was four years ago.

As she began to accumulate time, peers suggested she look at getting a job within the drug and alcohol treatment field. At first, she deferred, choosing instead to join a group of recovering women doing demolition cleanup after the completion of home construction, eventually acquiescing to the calling of giving away what had been so freely given to her.

“I applied to Cornerstone, even though I only had a master’s degree in counseling and a licensure in school counseling, and I got on part-time in the Family Fundamentals Program,” she said. “I worked there for about a year, and then I heard about an opening down at Stepping Stone and applied for it. They said they would hire me as long as I got back into school and took my remaining courses toward my LPC/MHSP (Licensed Professional Counselor/Mental Health Service Provider) certification.”

Old habits die hard, however, and procrastination kept her from doing so in the beginning. Now, however, she’s back in school working toward that, with two courses this semester and two more before the work is completed. And doing so while she provides comfort to the patients at Stepping Stone? She can’t talk about it without getting emotional.

“I absolutely love working in recovery,” she said, wiping away tears. “I searched 45 years for this, and I’m very fortunate that I have a job I love to come to every day. I feel so very fortunate.”

Her caseload ranges anywhere from six to 14 patients, depending in the facility’s census, and it’s a different beast than the clientele at Cornerstone of Recovery. Many of the clients at Stepping Stone come from harsh backgrounds and generational addiction that have turned their lives into tragedies they’re unable to feel, much less understand.

To have the opportunity to guide them out of that darkness and back into the light is a calling worth more than any high drugs ever afforded her, Denicia added.

“I just love so many things about this place: me being able to meet them where they’re at in their journey is very important, and for me being able to walk alongside them through this season of their lives, and for me to also be able to tell them, ‘Regardless of what happens, I’m not going to love you any less, because we’re all at a different point in our recovery,’” she said. “We see so much brokenness here, and yet when you see somebody coming in here who is dead in the eyes … like, their soul is literally dead … and then to see them transform by the time they leave, it really is a miracle to see that.

“And they’ll be the first ones to tell you that, too. That happens a lot down here. We get a lot of hopeless people in the door, but if they complete the program, they’re filled with it by the time they leave. And that’s just one reason I love working down here.”