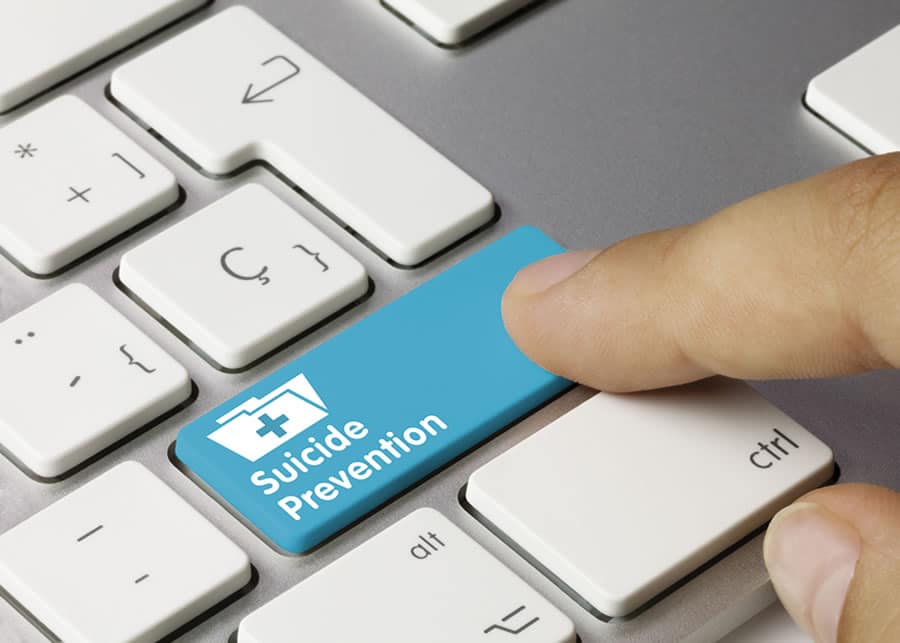 As the West Tennessee Regional Coordinator of the Tennessee Suicide Prevention Network, Amy Dolinky wanted to make a change.

A new arrival to the area’s rural environs from New Orleans, she was eager to acclimate to the culture while at the same time engage the local population in a conversation about a serious situation.

Suicide rates then, as now, were at alarming rates in the state. As of 2016, suicide is the second-leading cause of death for young adults ages 10-19 in Tennessee; each day, an average of three people die by suicide. In 2016, the latest year for which specific figures are available, there were 1,110 recorded suicide deaths in Tennessee, a slight increase from 2015 and the highest number recorded in the past 35 years.

And yet, Dolinky found, no one wanted to talk about it. The stigma, she believes, kept residents in small towns along the Mississippi bottomlands and in the pine forests of that part of the state from attending workshops; the fear of neighbors recognizing their vehicles in parking lots where suicide awareness events were organized kept numbers abysmally low.

So Dolinky, along with Chelsea Brandon, decided to do something different. That’s when a suicide awareness campaign, which has grown into a statewide initiative that will be commemorated on Friday, Sept. 28, was born.

“If they wouldn’t come to us, we decided to bring it to them,” Dolinky said. “We wanted to meet them where they were, so that they didn’t have to go anywhere or say anything. They just had to wear a specific color to show solidarity.”

Friday, the TSPN will present its second annual statewide T-shirt and social media campaign — “Speak Up, Save Lives” — which urges state residents to “speak up against the silence and stigma surrounding suicide.” It’s the second year the event, which Dolinky introduced when she accepted the position as East Tennessee Regional Coordinator in 2015, has been held on a statewide level. Some organizations, like Cornerstone of Recovery in Louisville, are providing T-shirts designed by TSPN, but the colors for this year’s campaign are purple or gray.

Participants — individuals as well as employees at participating organizations — are encouraged to wear their shirts and share photos across all social media platforms with the hashtag #SpeakUpSaveLives2018; the idea, Dolinky said, is to spread a message of hope and remind fellow Tennesseans that suicide is an issue that deserves a conversation and a place at the table among other mental health issues.

“We’ve gotten a lot of interests from facilities and organizations more than the general public, but there will be a lot of people wearing ribbons and shirts,” Dolinky said. “Some organizations are providing bracelets for their staff members, and others, like Team Health and Cornerstone of Recovery, are encouraging all of their employees to wear shirts and will take group photos to post to social media. It’s a great way to get a response outside of the behavioral health world.”

At Cornerstone of Recovery, suicide prevention is an important part of the recovery process. Anne Young, a program director at Cornerstone, also serves as chairwoman of the TSPN Advisory Council, but it’s her work at the drug and alcohol treatment center in Blount County that’s made her acutely aware of the strong correlation between addiction and suicide.

“We know that suicide is one of the leading causes of death for addicts and alcoholics, and that population is particularly vulnerable when they enter treatment, during treatment and after treatment,” Young said. “When they sober up, that’s when they start realizing the devastation and destruction that they’ve causes throughout their lives and with their families. As we help these folks heal, we have to pay close attention to and really proactively help these people stay safe from suicide.”

At Cornerstone, “Speak Up, Save Lives” is more than a hashtag; it’s a mission statement, and it informs all levels of patient care, Young added.

“We’re passionate about alcohol and drug treatment, and that translates to a passion for suicide prevention,” she said. “You can’t separate the two; they go hand-in-hand, because addiction and suicide go hand-in-hand. An event like this increases awareness about what a destructive and preventable death it is, and it decreases the stigma of talking about it.”

For more information about the Tennessee Suicide Prevention Network, call East Tennessee Regional Director Amy Dolinky at 847-309-4340. You can reach Cornerstone of Recovery at 865-970-7747.